Offering a scathing rebuke of Assembly Speaker Robin Vos for not supporting calls to back the legally impossible decertification of the 2020 election, former President Donald Trump on Tuesday endorsed Vos’ GOP primary challenger.

Trump’s endorsement of Adam Steen, who denies the results of the last presidential election, follows more than a year of repeated pressure applied by the former president on Vos, the state’s longest serving Assembly speaker and one of the most influential Republicans in the state.

While Vos, R-Rochester, launched the GOP-ordered review into the state’s 2020 presidential election — headed by former state Supreme Court Justice Michael Gableman — at Trump’s behest, the former president’s opinion of Vos has soured due to the speaker’s refusal to entertain Trump’s calls to decertify the election, something experts, nonpartisan lawyers and Vos himself agree cannot be done under state law or the U.S. Constitution.

“Although Vos claims to be a Republican, he is constantly fighting America First efforts and policies,” Trump wrote in a Tuesday statement. “Our great slogan, Make America Great Again, is not exactly high on his list!”

Trump also referred to Vos as a “RINO,” an acronym for “Republican in name only,” a derogatory term for party members deemed insufficiently loyal.

“Adam Steen, on the other hand, is a motivated Patriot, dedicated to making Wisconsin Great Again,” Trump added. “He has had the courage to stand up strongly against ‘Speaker’ Vos.”

Trump’s comments focus far more heavily on Vos than Steen in a statement largely based on the lie that the 2020 election was marred by “election-changing fraud.” He accused Vos of blocking efforts to secure Wisconsin’s elections, even though Vos has since 2020 steered through bills seeking to tighten election procedures, which were vetoed by Democratic Gov. Tony Evers.

“Speaker Vos had 17 years to prove to Wisconsin residents that he has their best interest in mind, but even in his own campaign efforts, Vos has tried to mislead his constituents, sending out mailers that feature a picture he took with me — trying to make voters believe I am a Vos supporter, which I am not,” Trump said. “He does not come close to supporting America First policies, and I do not come close to supporting him.”

A recount, court decisions and multiple reviews have affirmed that President Joe Biden defeated Trump by about 21,000 votes in the state’s 2020 presidential election. Only 24 people out of nearly 3.3 million who cast ballots have been charged with election fraud in Wisconsin.

The Republican-led Legislature passed a slew of election-related bills after an October 2021 review of the 2020 election conducted by the nonpartisan Legislative Audit Bureau that found multiple areas in which the administration of elections could be improved but no evidence of widespread fraud. All the bills were ultimately vetoed by Evers, who has vowed to make it easier to vote, rather than harder.

“This endorsement changes nothing because the only endorsements that matter are the ones that come from the voters in Racine County,” Vos said.

Vos represents the Assembly’s 63rd District, which is in southeastern Wisconsin. His primary is Aug. 9.

Speaking with WISN last month, Vos said Trump called him recently in another effort to push decertification of the now 20-month-old election’s results.

“It’s very consistent,” Vos said of the call. “He makes his case, which I respect. He would like us to do something different in Wisconsin. I explained to him that it’s not allowed under the Constitution. He has a different opinion.”

At the beginning of last week, Vos had $223,290 cash on hand compared with Steen’s $13,185. Up until that point, Vos had raised about $120,500 and Steen had raised about $65,500, according to campaign finance reports filed with the Wisconsin Ethics Commission.

Although he doesn’t reference it in his email, Trump has repeatedly called for the decertification of the 2020 presidential election. Trump also said Vos “consistently blocked efforts at conducting a full cyber forensic audit of the 2020 Election.”

Vos hired Gableman last summer to review how the election was run at a cost of $676,000 after pressure from Trump; it is not an audit. Legal fees and other court costs have pushed the price tag to more than $1.1 million — all of which will ultimately fall on taxpayers. About $230,000 of that cost comes from recent court rulings ordering Vos and Gableman to pay a liberal watchdog group’s legal fees in two open records cases related to the election review.

Gableman himself has reversed his position on decertification. In releasing an interim report of his inquiry on March 1, Gableman told state lawmakers they should “take a very hard look” at decertifying the results of the 2020 presidential election. But just two weeks later, on March 16, the former justice concluded that decertification was a “practical impossibility.”

“My best advice to anyone whose paramount concern is ensuring fair, honest, and transparent elections in Wisconsin is to set aside any impulse to waste finite time, effort, and energy in pursuit of an end that, like Macbeth’s ruminations are, ‘full of sound and fury, signifying’ at best a symbolic result,” Gableman wrote in the memo, which was provided to the Wisconsin State Journal on Tuesday.

The 2020 election is over. Here’s what happened (and what didn’t)

The 2020 election was “the most secure in American history,” according to the Department of Homeland Security’s Cybersecurity and Infrastructure Security Agency, which coordinates the nation’s election infrastructure.

While a handful of voters risked going to prison by attempting to vote twice or in the name of a dead relative, as happens in any election, no evidence of widespread fraud has ever been produced in Wisconsin or elsewhere.

Yet, many continue to question some of the practices clerks relied on to encourage eligible voters to cast ballots and make sure their votes were counted amid the first election in more than 100 years held during a pandemic.

The Wisconsin State Journal has covered every twist and turn of this debate in scores of stories. But here are a few that offered some broader context about what happened, and didn't happen, in the election of 2020.

The clear insinuation was that someone not qualified to conduct an election improperly influenced these vulnerable voters. But the Wisconsin State Journal could not confirm the data.

Want to steal an election in Wisconsin? It's harder than you think

The state has multiple, overlapping safeguards aimed at preventing ineligible voters from casting ballots, tampering with the ballots or altering vote totals.

In 'thousands of complaints' about Wisconsin election, few that could be substantiated

Nothing in the emails suggests there were problems with the election that contributed in any meaningful way to Trump's 20,682-vote loss to Joe Biden.

No findings of fraud, but Wisconsin election audit questions some of the guidance clerks relied on in 2020

"Despite concerns with statewide elections procedures, this audit showed us that the election was largely safe and secure," Sen. Rob Cowles said Friday.

Tech-backed group spread money around Wisconsin in 2020 election, but Democratic areas benefited most

The grants were provided to every Wisconsin municipality that asked for them, and in the amounts they asked for.

"Application of the U.S. Department of Justice guidance among the clerks in Wisconsin is not uniform," the memo says.

The memo states that state law gives the Audit Bureau complete access to all records during an audit investigation and federal law and guidance does not prohibit an election official from handing over election records.

Despite objections from conservatives, clerks in Trump country embraced ballot drop boxes, too

Drop boxes were used throughout Wisconsin, including in areas where Trump won the vast majority of counties.

Thousands of ballot certifications examined from Madison are a window onto how elections officials handled a pandemic and a divided and unhelpful state government.

Conservative law firm's review of 2020 election: No 'big steal,' but plenty of problems

"I don't think that you instill confidence in a process by kind of blindly assuming there's nothing to see here," WILL president and general counsel Rick Esenberg said.

The report is the latest to show that there was not widespread fraud in Wisconsin.

The turnout at nursing homes in Brown, Kenosha, Milwaukee and Racine counties in 2020 was not much different from the turnout in 2016.

"Although Vos claims to be a Republican, he is constantly fighting America First efforts and policies. Our great slogan, Make America Great Again, is not exactly high on his list!"

This inflatable gold structure could be the future of Martian living 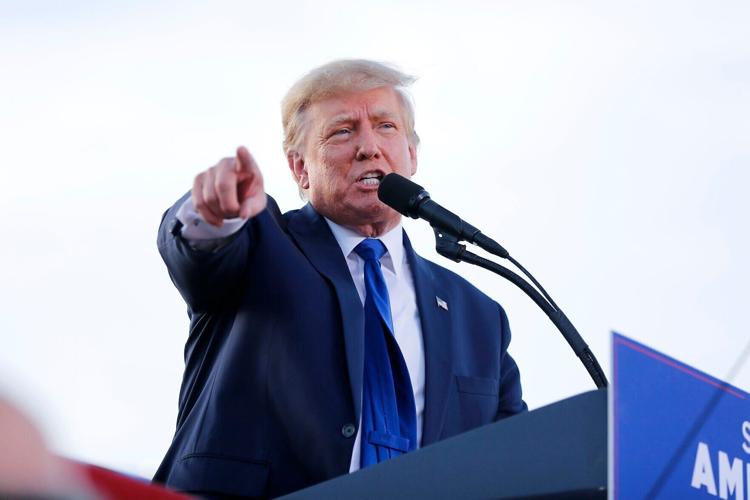 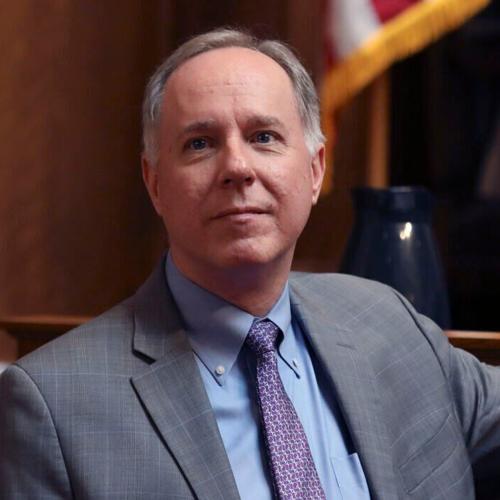