A dispute over plans to build a snowmobile trail through Blue Mound State Park has spawned more legal action against the Wisconsin Department of Natural Resources by the park’s volunteer supporters, who say agency officials threatened them and then tried to cover it up.

The Friends of Blue Mound State Park sued the DNR in June in an effort to stop construction of a snowmobile trail they say could damage ecologically sensitive habitat.

Top parks officials warned they would sever ties if the group did not drop its case, and when an attorney for the group later sought records about the relationship, the DNR withheld a key memo detailing the threat, according to a new lawsuit.

The lawsuit, filed Tuesday in Iowa County Circuit Court, accuses the agency of violating the Friends group’s rights of free speech and due process, as well as the state’s public records law.

The Friends group is asking the court to block the DNR from retaliating over the lawsuit and to force the agency to fully comply with its records request. The group is also seeking to block construction of the trail until the legal cases are resolved.

DNR spokesperson Sarah Hoye said the agency is “committed to continuing our work with Friends of Blue Mound State Park, as well as our other partners, toward our shared goal of supporting Wisconsin’s state parks.”

“Accountability and transparency are an essential part of our everyday work at the DNR,” Hoye said. “We dispute the allegations of retaliation and intimidation, and we deny the department has failed to comply with Wisconsin’s public records law.”

It was the second open records case filed against the DNR Tuesday.

Midwest Environmental Advocates sued the DNR, its policy board and board chair Fred Prehn, claiming they failed to release Prehn’s text messages regarding his decision to hold onto his seat after his term expired.

The Friends dispute involves a new master plan for the 1,153-acre park on the Dane-Iowa county line. Approved by the Natural Resources Board in May, the plan includes a 1-mile snowmobile trail through the park to connect the Military Ridge State Trail to trails to the north. Currently, snowmobilers can ride on the shoulders of roads to get between trail systems.

The Friends asked the court to review the plan, arguing the 12-foot-wide trail could damage ecologically important habitat and threaten the federally endangered rusty patched bumblebee, favoring a sport with waning popularity to the detriment of hikers, bikers and other users.

DNR parks director Steven Schmelzer and Missy VanLanduyt, the recreational partnerships section chief, set up an Aug. 5 meeting at the park with two representatives of the Friends group, according to court documents and DNR records.

“Our intent is to hopefully meet at the park on Tuesday or Thursday afternoon with just Steve and I, with you and perhaps one or two other board members if you’d like,” VanLanduyt wrote in an email to Friends president Willi Van Haren. “We don’t intend to bring our attorney and would like to keep this a casual conversation.”

At the start of the meeting, according to the complaint, Schmelzer said if the Friends did not drop the group’s court challenge by Aug. 17, the agency would terminate its operating agreement, ending a decades-long partnership through which the Friends have raised more than $1 million to support the park.

“There are a lot of words to describe the WDNR’s conduct at this meeting: intimidation and retaliation are a couple that come to mind,” the Friends’ attorney, Brian Potts, wrote in an August letter to Gov. Tony Evers and state Attorney General Josh Kaul. “The bottom line is that this kind of behavior is not just illegal; it should have no place in our state government.”

Hoye maintains the DNR did not attempt to retaliate or intimidate the group, but a meeting memo released to the Wisconsin State Journal in response to an open records request outlined an agenda that begins with “review of existing agreement” followed by bullet points that included, “We will be initiating our 30 days with an opportunity to cure if necessary” and “Only way to cure is to drop the suit.” 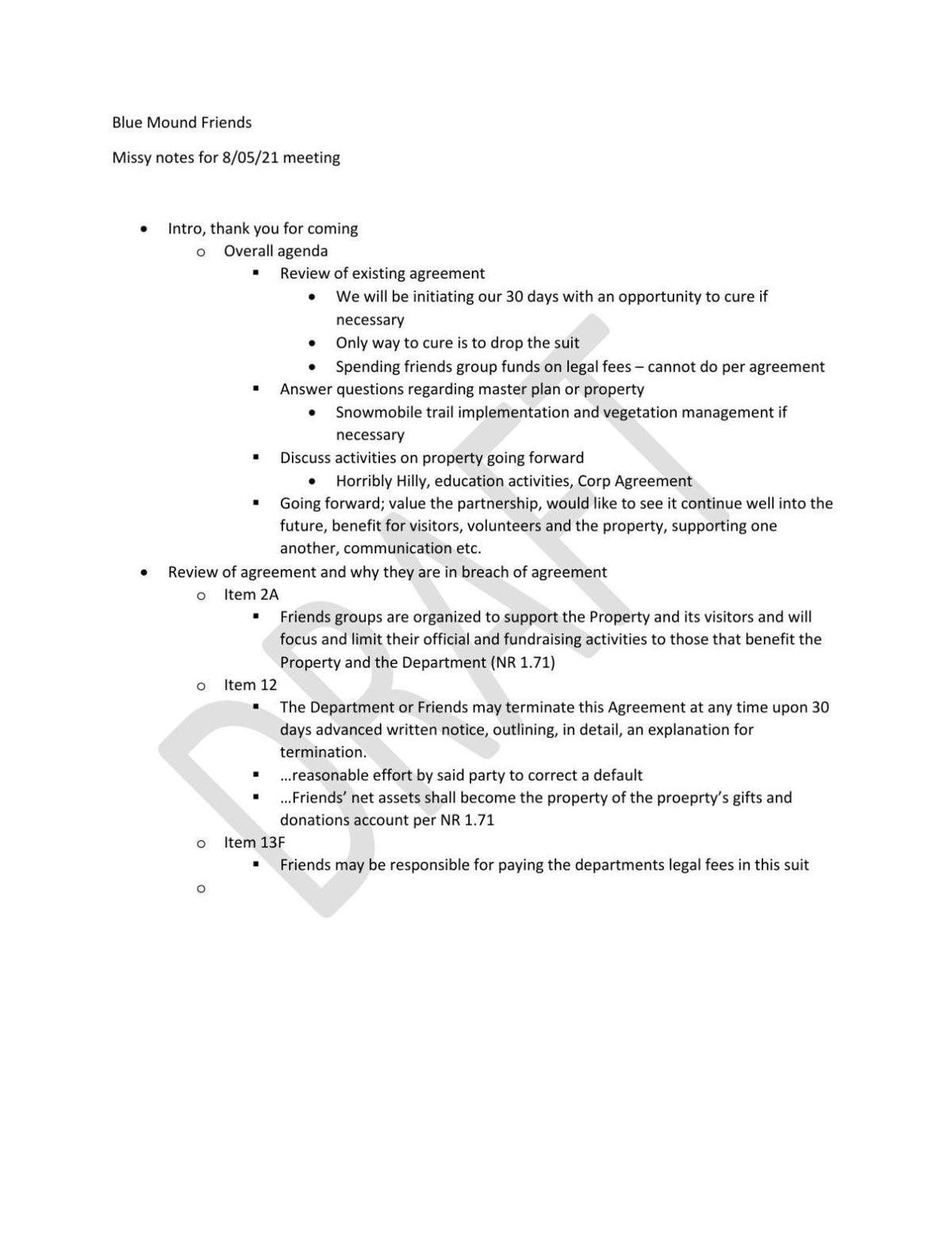 The memo goes on to outline why the agency believed the Friends had breached the operating agreement, which says such groups “are organized to support the Property and its visitors and will focus and limit their official and fundraising activities to those that benefit the Property and the Department.”

It also says the DNR can terminate the agreement with 30 days’ notice, confiscate the group’s assets and that the Friends may be responsible for the DNR’s legal fees.

When the Friends filed an open records request for documents relating to the case, the DNR released 33 records — but not the memo, which Potts called “a silver bullet” confirming the threats, according to court documents.

According to the complaint, the agency released it to the Friends only after Potts informed DNR attorneys of its existence and the “blatant open records violation.”

“The Plaintiff and this Court now have documentary proof that high-level WDNR officials made illegal retaliatory threats against the Friends Group, then denied doing so through their counsel, and finally withheld documents pursuant to an open records request that proved that the retaliatory threats occurred,” the complaint states. “This sort of behavior should have no place in our state government.”

The dispute involves a new master plan for the 1,153-acre park on the Dane-Iowa county line.

"On the back end we had retiring drivers and on the front end we had a bottleneck created by the pandemic for new drivers coming into the workforce," Kedzie said.

Under new guidance, unvaccinated poll workers will be able to work in upcoming elections if they submit a negative coronavirus test within three days of an election.

The social media manager for the Democratic Party of DuPage County, Illinois, lost her post after tweets comparing Kyle Rittenhouse to the driver of the SUV that sped through a Wisconsin Christmas parade.

'I have lost my everything': Afghans grapple with loss, hope as they prepare to leave Fort McCoy

Khatera, who will soon resettle from Fort McCoy to UW-Milwaukee, said she risked her life to escape the Taliban because she would have had "no hope, no rights, no education, no future."

Elections chief Meagan Wolfe: GOP calls for her resignation are 'partisan politics at its worst'

Wisconsin Elections Commission administrator Meagan Wolfe also said "it sounds like there are some procedures that may not have been followed" at the local level related to absentee voting at the Mount Pleasant center.

Kleefisch has asked the court to suspend guidance the agency gave to local elections clerks related to ballot drop boxes, consolidated polling places and poll workers at nursing homes amid the COVID-19 pandemic.

In its first few years the Wisconsin Elections Commission split 3-3 on official decisions only twice, but from December 2019 through the end of 2020 it recorded 32 split votes.

'It's really cold': Some Afghans still without winter coats at Fort McCoy as volunteers work to fill shortfall

“We’re starting to fill the shortfall,” said an operations associate with the nonprofit tasked with collecting clothes for the refugees. “It’s one of those things that there could be a donation that fulfills all of it tomorrow. We just don’t know.” 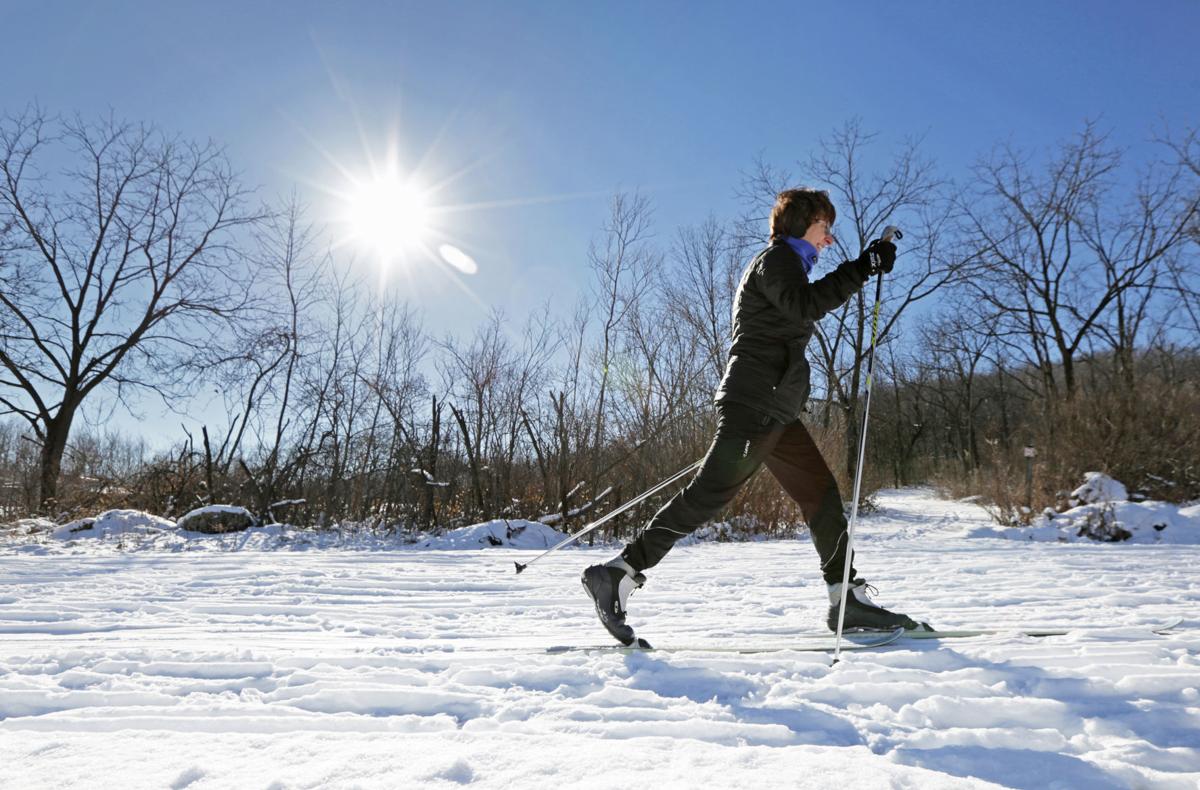 A dispute over plans to build a snowmobile trail through Blue Mound State Park has pitted the state Department of Natural Resources against the park's volunteer support group. Above, Becky Aurit of Monroe skis on a groomed trail in 2018. 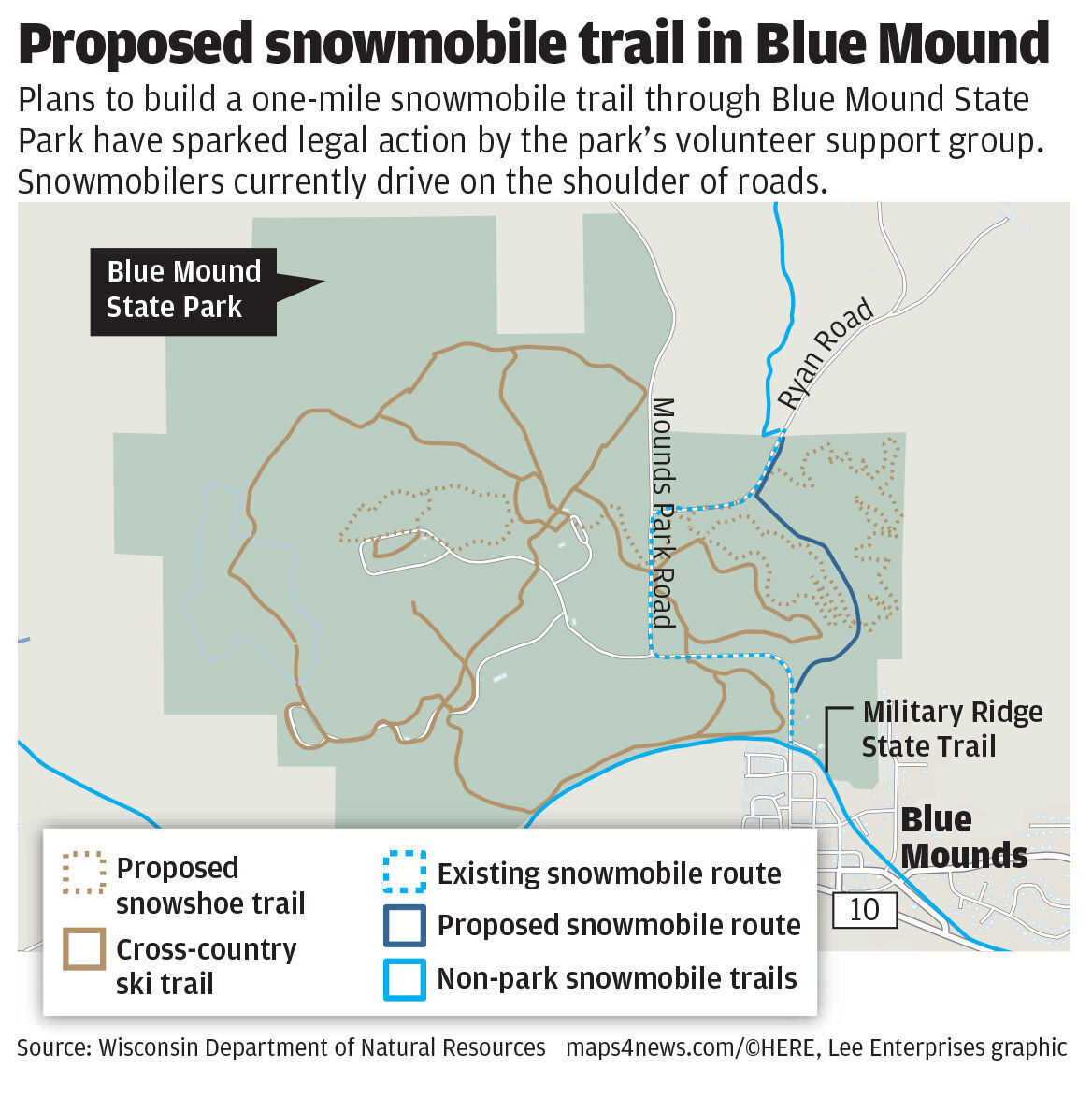 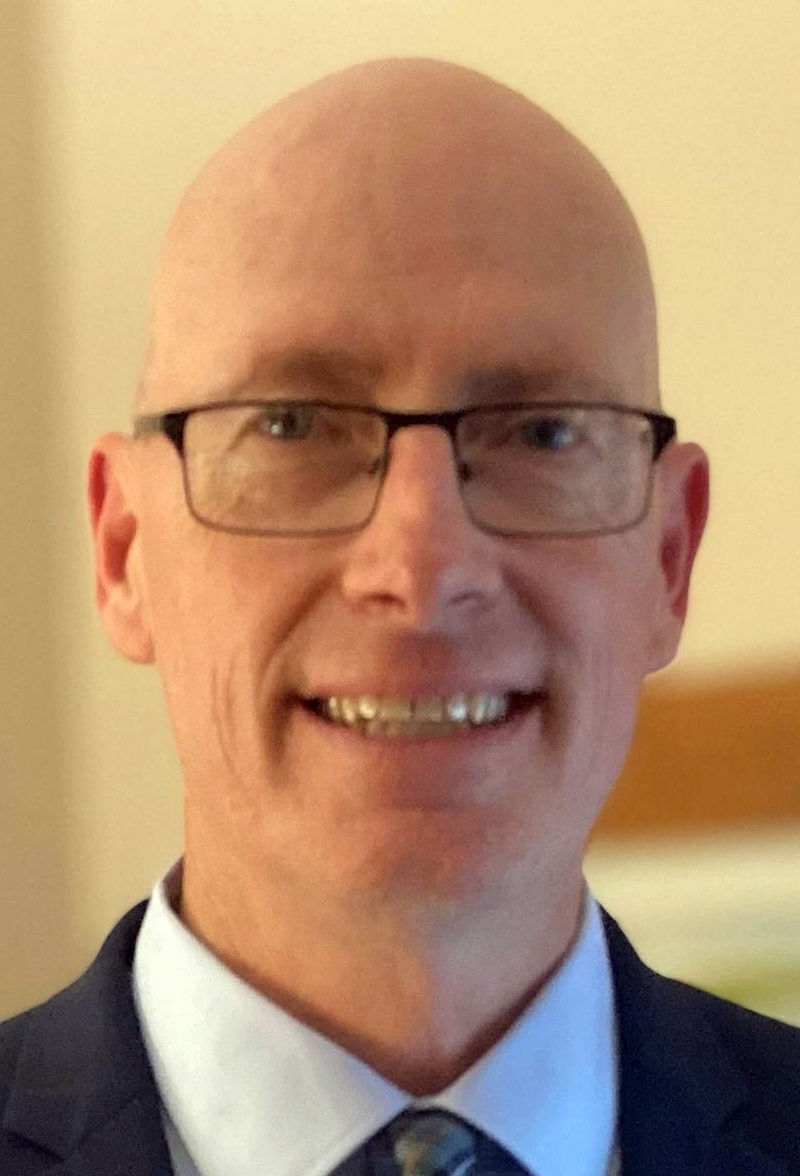 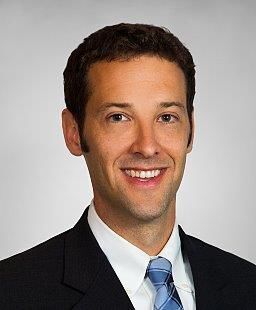