The triple homicide trial of Rakayo Vinson, charged with killing three men and wounding three more at the Somers House tavern in April, had early drama Tuesday morning during the first day of arguments before the jury had even arrived.

Just before the jury was to be brought into Kenosha County Circuit Court Judge Bruce E. Schroeder’s courtroom, Vinson addressed the court.

And, as he did during jury selection Monday, Vinson demanded a new attorney.

“I need another legal representation,” Vinson, 25, said Tuesday. “I am firing my attorney. He’s not communicating with me. I’m firing him, and I’m looking for new representation ... I don’t trust my life in his hands.”

That last comment led to an outburst in the gallery, which was quickly admonished by Schroeder, who warned spectators they would be removed if it continued.

Schroeder said he hasn’t seen any reason to change attorneys, especially with the trial now underway.

Having a defendant disclose specifics would give the prosecution an advantage, Schroeder said, who added such requests by a defendant aren’t that unusual when stakes are this high.

“This is a chronic complaint by people with challenging cases like yours,” Schroeder said. “I haven’t caught any of (those issues) at all. I haven’t identified anything in particular that (Bielski’s) doing wrong.”

As the conversation between Schroeder and Vinson continued, District Attorney Michael Graveley told Schroeder that phone calls monitored while Vinson has been in custody on a $4 million cash bond indicate his request Tuesday may have been previously planned. Graveley said those calls with Vinson’s family members indicated the defendant may make such a request as the trial was about to begin as some kind of “tactical” move.

Schroeder, who was continually interrupted by Vinson on Tuesday, told the defendant he was going to start the trial but could revisit the issue if necessary. He also said that should Vinson be convicted and his claims of ineffective counsel are correct, he would likely be granted a new trial eventually.

“I’m going to scrutinize this carefully,” Schroeder said. “If you’re correct, you’re going to get a new trial if you’re found guilty.”

At that point, the jury of 16 — which will be reduced to 12 when the case is deliberated — was brought into the courtroom. The jury, selected Monday during the first day of the trial, consists of eight men and eight women.

Graveley, who is joined on the state side by Assistant District Attorney Rosa Delgado, started Tuesday with a layout of the tavern where Vinson allegedly got into a physical altercation that later led to gunfire and the three Kenosha men dead, along with three others injured.

From there, Graveley said the night was a collection of several different friend groups that later became connected.

Donaldson, who engaged in a gunfight with Vinson on the east side of Sheridan Road, came to the Somers House, 1548 Sheridan Road, with several others, while Gaston and Stevenson were together, also with a group of friends.

A third group, which included two who were seriously wounded, came from the Lake Geneva and northern Illinois looking for a fun night out, Graveley said.

There is no dispute that Donaldson and Vinson threw punches at each other after some sort of conflict in a packed bar that night, Graveley said.

“Now, the fight is on, two guys swinging at each other,” he said.

Eventually, Vinson was taken to the bathroom by the Somers House owner to calm down and deal with a bloody nose.

“So this could just be a bloody nose at a bar in Kenosha that happens a couple times a year,” Graveley said. “It could have just been that.”

At one point, Gaston and Stevenson approached Vinson, who began to fire his weapon, Graveley said. Donaldson was shot after he and Vinson exchanged gunfire across the street.

Everything, including DNA evidence, a wallet found after Vinson jumped two fences to flee and his cell phone, point straight to the defendant, Graveley said.

“You will hear about loss, and you will see the evidence, and the evidence will take you to a place where you hold this defendant responsible,” Graveley said.

Bielski, meanwhile, said a 25-minute video that will be played in court is open to interpretation, and that his view of the events that night is much different than Graveley’s.

“Mr. Graveley said in his opening that the three (deceased victims) don’t have a voice,” Bielski said. “They do have a voice. This video is their voice, and you can see how they act on this video.

“When I look at it, it certainly looks like (the three victims) are seeking conflict. They’ve already been kicked out (of the bar), yet they’re coming back ... What do the three men have in common? They all confronted and fought Mr. Vinson.”

Bielski said his client had the firearm in his possession during the night but didn’t use it, even when he was in a physical altercation with all three victims.

“Mr. Vinson had this gun all night,” Bielski said. “Even though he was beaten up, he didn’t use it. You’ll see in the video, he’s calm. In the meantime, Gaston and Stevenson are sneaking around. So who are the troublemakers?

“They just won’t leave him alone, and it’s at that point, he fears for his safety.”

The state’s first witness was Kenosha County Sheriff’s Department Deputy Kyle Bissonnette, who was one of the first two deputies on the scene that night. Bissonnette, under direct examination by Delgado, described the scene to the court through a number of photographs he took as part of his duties inside and outside the bar.

Midway through Bielski’s opening Tuesday, Schroeder sent the jury to the back after an outburst in the courtroom by Tanisha Gaston, sister of Cedric Gaston.

Deputies brought Gaston back, and Schroeder told her he was sympathetic to her emotions, but that he couldn’t tolerate outbursts during the trial.

“My heart goes out to you, but I can’t tolerate (this),” Schroeder said.

Gaston apologized, but she was issued a $250 fine by Schroeder for contempt.

The discussion was advertised as an alternative perspective to the U.S. government’s response to COVID-19.

In Dane County, unvaccinated people were 58 times more likely to die from COVID-19 last month than those vaccinated and boosted.

Kohl's confirmed that it has been approached about a possible sale of the department store chain, sending shares up more than 36% on Monday.

Six people found dead in a Milwaukee home had apparently been shot and investigators are looking for the person or people responsible for the homicides, police said Monday.

Medical marijuana would be legalized under Republican proposal

The bill would establish a program permitting adults and some minors with serious medical issues to use non-smokable forms of marijuana.

Jay Rothman, 62, got the unanimous nod in a closed-door Board of Regents meeting Friday.

'This is the breaking point': Staffing struggles plague schools across Wisconsin

School districts across the state are experiencing extreme staffing difficulties, as the highly transmissible omicron variant causes absences to skyrocket and the pool of available substitute teachers to shrink.

Six people found dead with gunshot wounds in a Milwaukee duplex have been identified while police continue Tuesday to look for the person or people responsible for the slayings.

Rep. Elijah Behnke, R-Oconto, is shown on what appears to be a hidden camera posted to YouTube making incendiary comments. 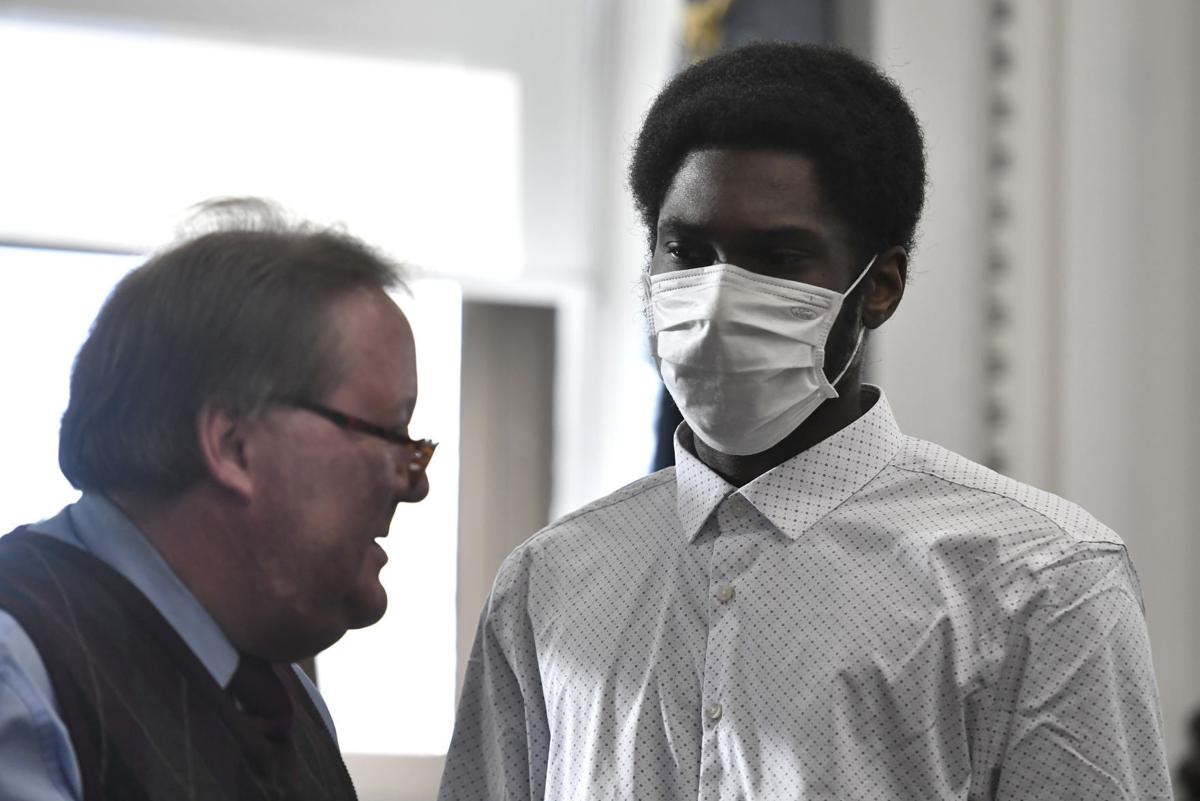 Rakayo Vinson, right, talks to his attorney, Donald Bielski, on Tuesday before the first day of arguments for Vinson’s trial begins at the Kenosha County Courthouse. Vinson is charged with killing three men and wounding three more at the Somers House tavern in April. 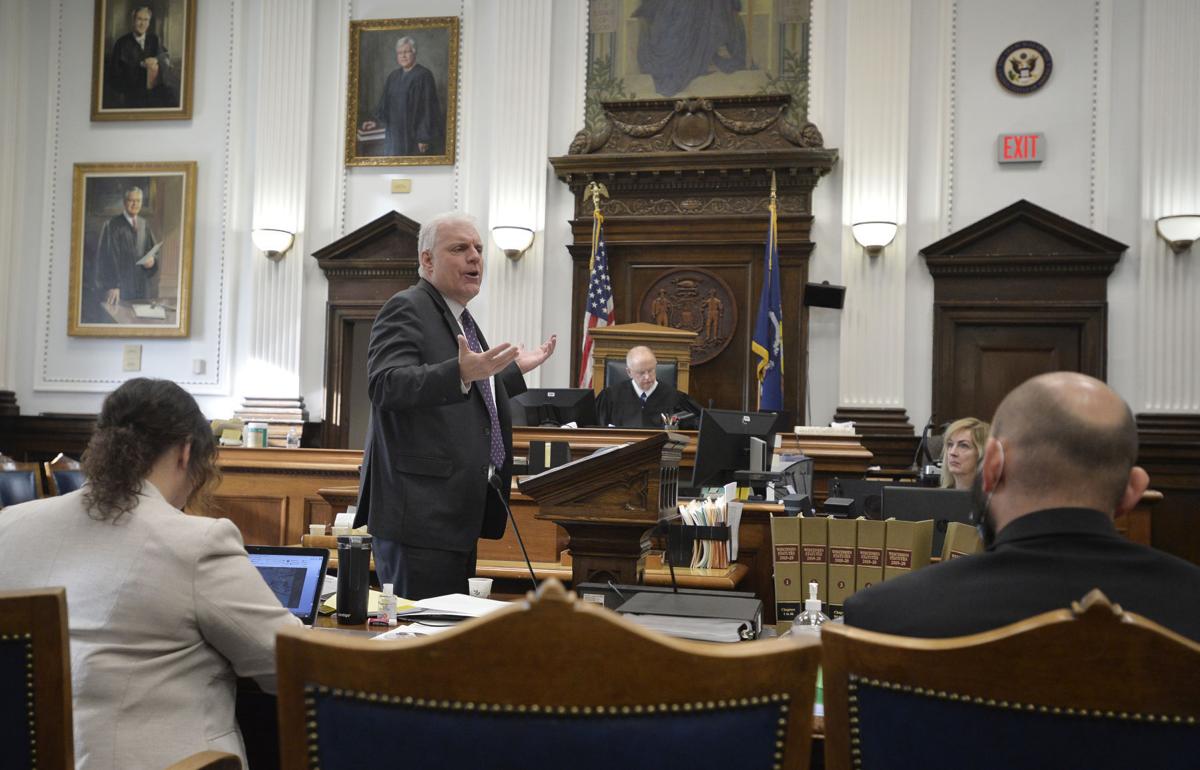 District Attorney Michael Graveley, second from left, gives his opening statement during the first day of arguments Tuesday in Rakayo Vinson’s trial at the Kenosha County Courthouse. Vinson is charged with killing three men and wounding three more at the Somers House tavern in April. Circuit Court Judge Bruce E. Schroeder, presiding over the trial, is at center in the background. 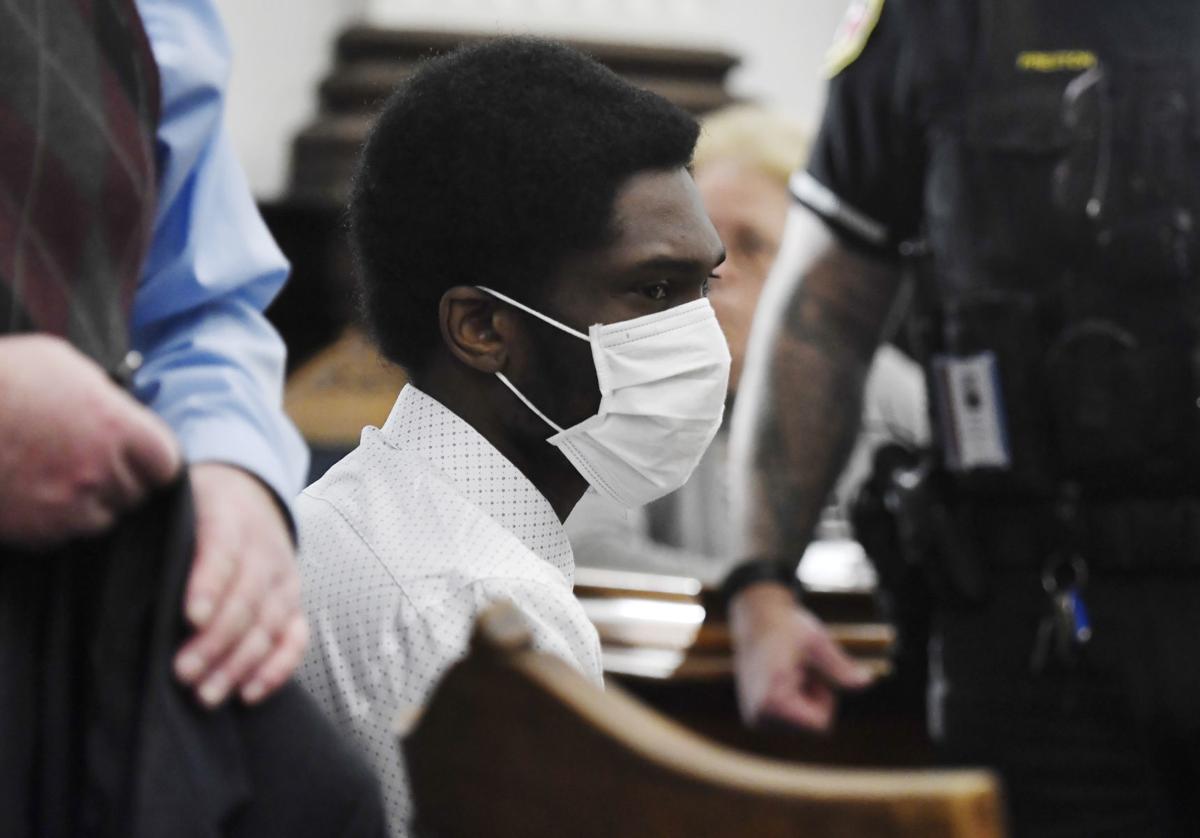 Rakayo Vinson waits for the first day of arguments in his trial to begin Tuesday at the Kenosha County Courthouse. Vinson is charged with killing three men and wounding three more at the Somers House tavern in April. 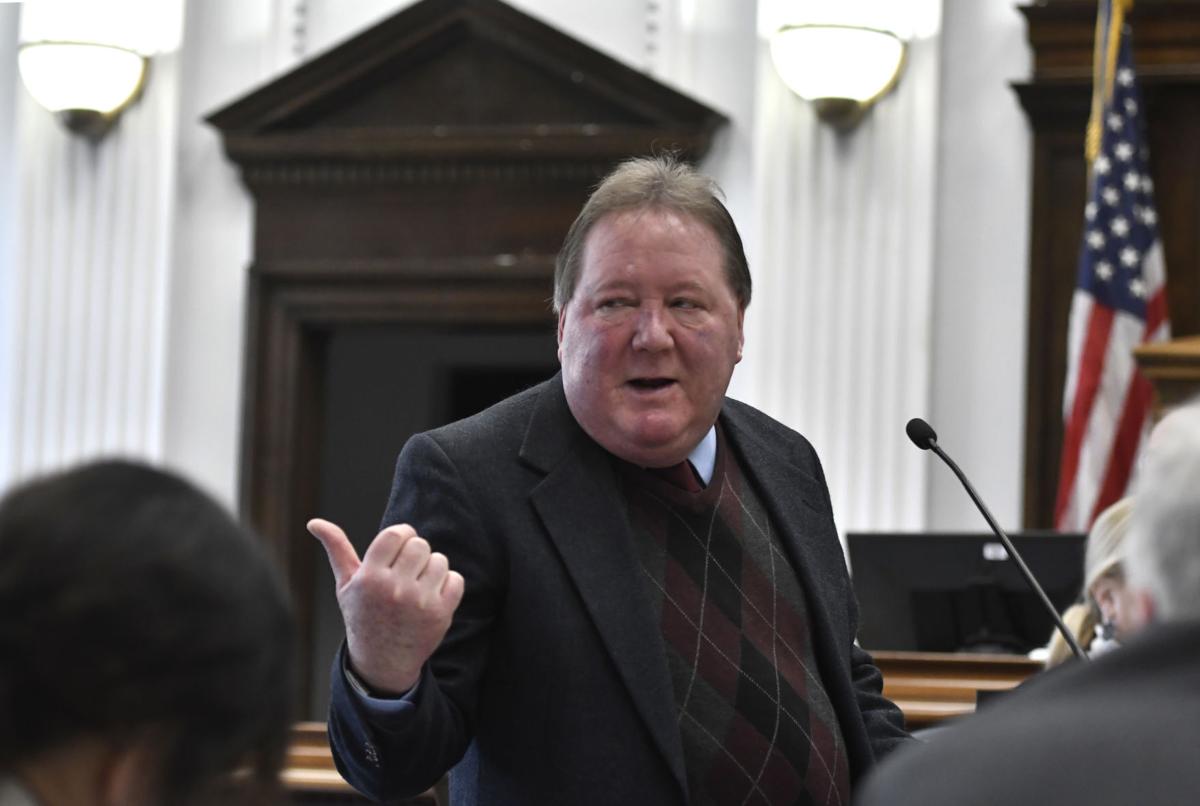 Donald Bielski, Rakayo Vinson’s attorney, gives his opening statement during the first day of arguments in Vinson’s trial Tuesday at the Kenosha County Courthouse. Vinson is charged with killing three men and wounding three more at the Somers House tavern in April. 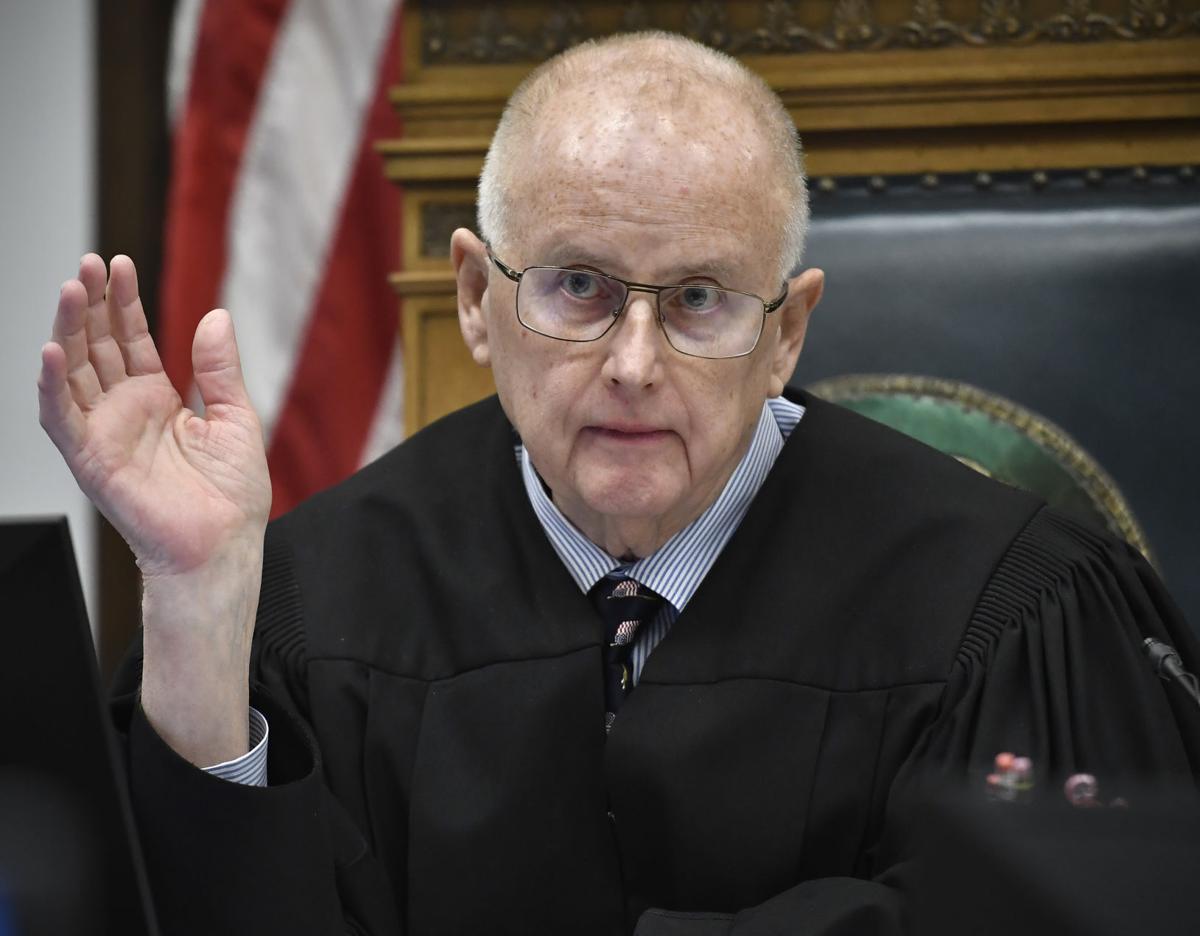