These non-virus headlines are in the news this morning: A newly released video shows a 2017 confrontation between police and Ahmaud Arbery; Democrats say the fired State Department watchdog was investigating a Saudi arms sale; and who will win this year's Webby Awards.

Read on for these stories and more.

A video released Monday shows police in Georgia attempting to search Ahmaud Arbery's parked car in 2017 and when he refuses to let them and begins to walk back to the vehicle an officer tries to tase him.

The video, first obtained by The Guardian, shows Arbery refusing Glynn County police when they ask to search his Toyota and as he walks toward his vehicle he is told “don't reach the car” and “keep your hands out your pockets.” The officer then pulls the taser and attempts to use it but it malfunctions and Arbery is told to get down on the ground, which he does.

When Arbery questions why the cops are bothering him he was told that the area is known for drugs, a suggestion that agitates Arbery who said he is not on drugs and to check his “s—-!” Officers then proceed to check him for weapons while clarifying this action was not a search, but a check. Read the full story here:

Democrats said Monday that ousted Inspector General Steve Linick was probing how the State Department pushed through a $7 billion Saudi arms sale over congressional objections. Democrats previously suggested the dismissal might have been tied to Linick's investigation of allegations that Secretary of State Mike Pompeo may have improperly ordered staff to run personal errands for him.

LeBron James, Jimmy Fallon, Spotify and HBO are among the 2020 Webby Award winners for internet excellence.

The International Academy of Digital Arts and Sciences announced the winners Tuesday.

Click on the links below for full versions of these stories and scroll further for trending stories, a look at today in history and celebrity birthdays.

FBI: Shooter at Pensacola base coordinated with al-Qaida

GOP chair: 'We will not be holding a virtual convention'

Ken Osmond, Eddie Haskell on 'Leave It to Beaver,' dies

LeBron: "Definitely not giving up on the season"

As Tropical Storm Arthur moves away from the East Coast, a slow moving system is bringing heavy rain and the potential for flash flooding from the Great Lakes to the Southeast. Here's today's national forecast:

5 fascinating facts about the eruption at Mount St. Helens, 40 years ago

Image of the day

Top pics from the weekend: Virus Outbreak, and more

Today in history: May 19

Here's a look back at sports happenings on this date in history, May 19:

Man who filmed Arbery shooting now charged in his slaying

William "Roddie" Bryan was arrested for felony murder. He filmed as Arbery was slain Feb. 23 by a white father and son who pursued the 25-year-old black man running through their neighborhood.

There's a lot of news this morning not related to the coronavirus pandemic. Get caught up on all the latest here, including 2020 election updates, Beyonce's plan for graduates, and Matt Lauer's latest comments on a rape accusation.

Strong concern about a second wave of coronavirus infections is reinforcing widespread opposition among Americans to reopening public places, a new poll finds.

Medical experts warn that the virus won’t take a holiday for the traditional start of summer. Get caught up with the latest coronavirus developments this morning.

Virus briefing: Memorial Day marks reopening for many. Here's a roundup of the weekend

As the U.S. neared 100,000 coronavirus deaths, signs of reopening were evident as U.S. residents emerged from weeks of stay-at-home orders.

Trump calls on places of worship to reopen this weekend

Trump said if governors don't abide by his request to consider churches and other houses of worship as "essential," he will override them, though it's unclear what authority he has to do so.

Rising anxiety may be the common denominator as countries around the world gradually emerge from lockdowns due to the new coronavirus. What a return to normal looks like varies widely. Get caught up on all of the morning's virus developments.

Here are this morning's non-virus headlines, including the latest on flooding in Michigan, a 2020 rising star, celebrity birthdays and more.

Some things to know today that aren't related to the coronavirus pandemic. 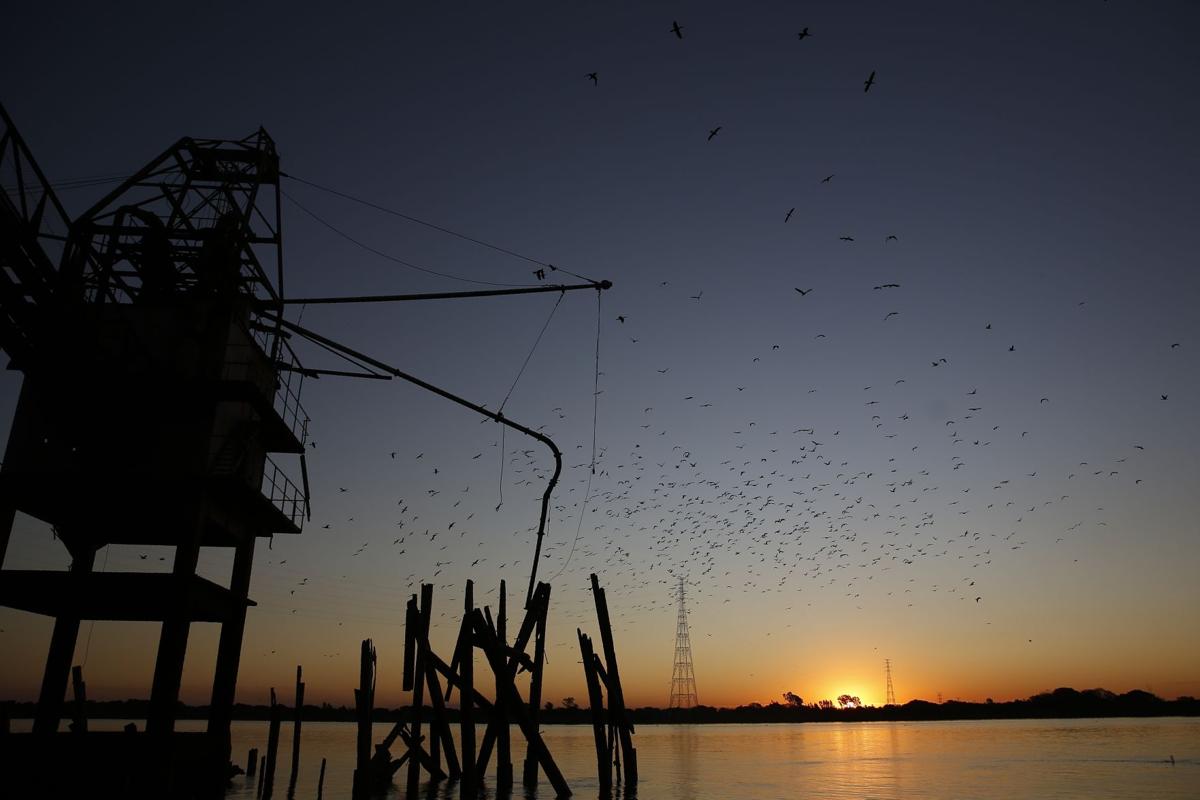 Cormorants gather near an abandoned oil installation on the Paraguay river, in Asuncion, Paraguay, Monday, May 18, 2020. The Paraguayan government has authorized the reopening of some businesses and activity last week under a plan coined "Intelligent quarantine," amid the COVID-19 pandemic.

In this Saturday, May 16, 2020, file photo, a protester with an image of Ahmaud Arbery on a mask joins others gathering outside the Glynn County Courthouse for a rally to protest the shooting of Arbery in Brunswick, Ga. 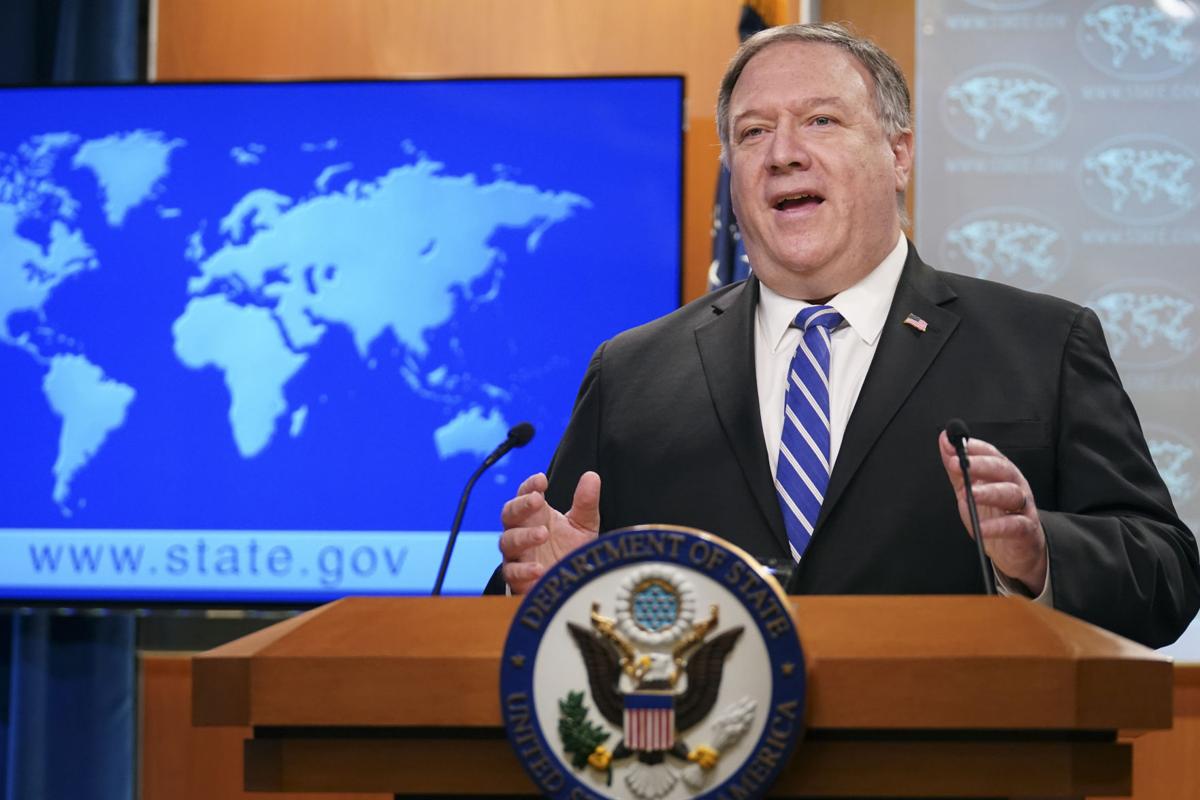 Secretary of State Mike Pompeo speaks about the coronavirus during news conference at the State Department in Washington on Wednesday, May 6, 2020.