NEW LONDON, Conn. (AP) — Kelli Normoyle was nervous as she arrived at the Coast Guard Academy campus in Connecticut in 2008. She had come out as a lesbian to a few friends near the end of high school, but she faced a military environment where "don't ask, don't tell" was still the policy prohibiting gay people from serving openly.

She kept quiet about her sexuality for her freshman year, fearing expulsion and the ruin of her not-yet-begun career. She started testing the waters her second year.

Marking the 10th anniversary this week of the end of "don't ask, don't tell," a new generation of military academy students say that their campuses are now tolerant, welcoming and inclusive for the most part — but that more work needs to be done.

Homophobic or ignorant comments still arise occasionally. Many transgender students still do not feel comfortable coming out. And advocates say the military needs to do more to include people with HIV, as well as nonbinary and intersex people.

Gays and lesbians were banned in the military until the 1993 approval of "don't ask, don't tell," which allowed them to serve only if they did not openly acknowledge their sexual orientation. Rather than helping, advocates say, the policy actually created more problems. In its entire history, the military dismissed more than 100,000 service members based on their sexual or gender identities — 14,000 of them during "don't ask, don't tell."

Repeal of the law was approved by Congress and President Barack Obama in late 2010 and took effect nine months later, allowing lesbian, gay and bisexual people to serve openly.

At the Air Force Academy in Colorado, second-year cadet Marissa Howard, who came out as a lesbian a few years ago, said she admires LGBTQ service members who struggled under the former policy.

"I commend them," said Howard, of San Antonio, a member of the academy's Spectrum group. "I feel very included in the environment, and it's just a good place to feel like my identity is seen and I don't have to hide who I am here."

Some fellow cadets, however, don't support their LGBTQ classmates, she said. Once, during an online class, someone called her "weird" for being gay, perhaps thinking they were muted, she said.

The Coast Guard Academy in New London was the only U.S. military academy to hold a public event Monday to mark the 10th anniversary. About 100 people attended a dinner that included a viewing of a documentary on "don't ask, don't tell," followed by a discussion.

For many cadets, it is difficult to imagine what it was like because their generation has been more accepting, said K.C. Commins, a bisexual Coast Guard Academy senior from Altoona, Iowa, and current Spectrum Diversity Council president.

"There are so many of us now. It's hard to ignore that we're here and ... it is the new normal," said Commins.

Transgender people were allowed to serve openly in the military beginning in 2016, but the Trump administration largely banned them in 2019. Although President Joe Biden overturned the ban earlier this year, formal policies are still being drafted at some locations.

At the U.S. Naval Academy, sexual orientation is mostly a nonissue, said Andre Rascoe, a senior midshipman who is gay.

"In my experience, you always have the one or two people who kind of feel uncomfortable either rooming with or being on, like, a sports team with someone who's in the queer community, but they are anomalies," he said.

After students graduate, they will face a military environment where sexual assault and harassment continue to be pervasive and where lesbian, gay and bisexual service members are disproportionately victimized, according to an independent review commission's report submitted to Biden in June.

In its latest annual report on sexual assaults and harassment at West Point and the Air Force and Naval academies, the Defense Department said 129 sexual assaults were reported during the 2019-20 school year, down from 149 the year before. Twelve complaints of sexual harassment were received, down from 17 the previous year.

Dane, who served in the Air Force from 2010 to 2016, said the Air Force began investigating her sexuality during her first year but dropped the probe after "don't ask, don't tell" was repealed.

"When it was repealed ... I was finally able to be my authentic self, and it was very empowering," she said.

12 important moments in the history of the gay rights movement

On the front lines

The mother told police the 4-year-old was kept in the basement for days at a time and that food was also withheld from the boy, according to the documents.

Colin Powell, military leader and first Black US secretary of state, dies at 84

Colin Powell, the first Black US secretary of state who helped shape American foreign policy for decades, has died of complications from Covid-19, his family said.

Police: Woman raped on Pennsylvania train as bystanders did nothing

A woman was raped by a stranger on a Philadelphia area train in the presence of other riders who a police official said "should have done something."

A man charged with raping a woman on a train outside of Philadelphia harassed, groped and assaulted her while people held up their phones, police said.

The coronavirus has become the leading cause of death for officers despite law enforcement being among the first groups eligible to get the vaccine.

U.S. regulators signed off on extending COVID-19 boosters to Americans who got the Moderna or Johnson & Johnson vaccines and said anyone eligible for an extra dose can get a brand different from the one they received initially.

The gunman who killed 14 students and three staff members at a Parkland, Florida, high school will plead guilty to their murders, his attorneys said Friday.

Monday morning headlines: It's crunch time for Biden's agenda; Kourtney Kardashian gets engaged; a roundup of NFL Week 6 action. Get caught up. 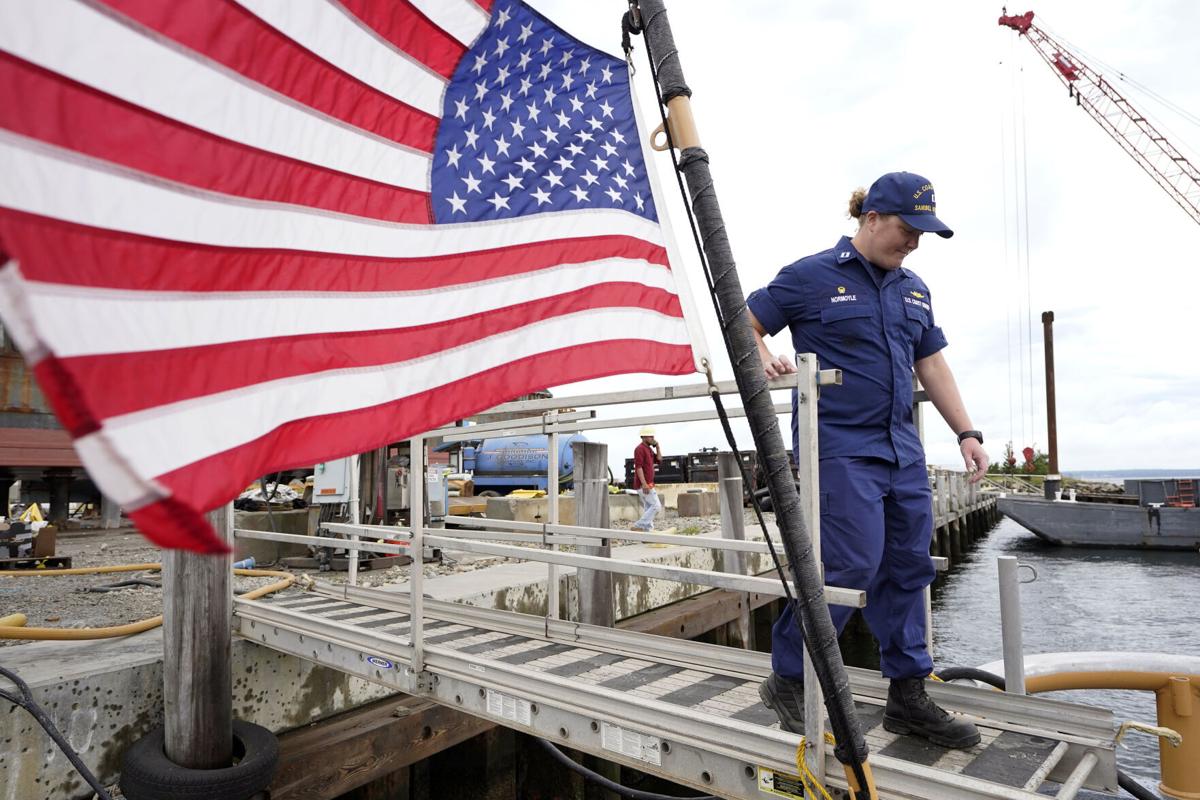 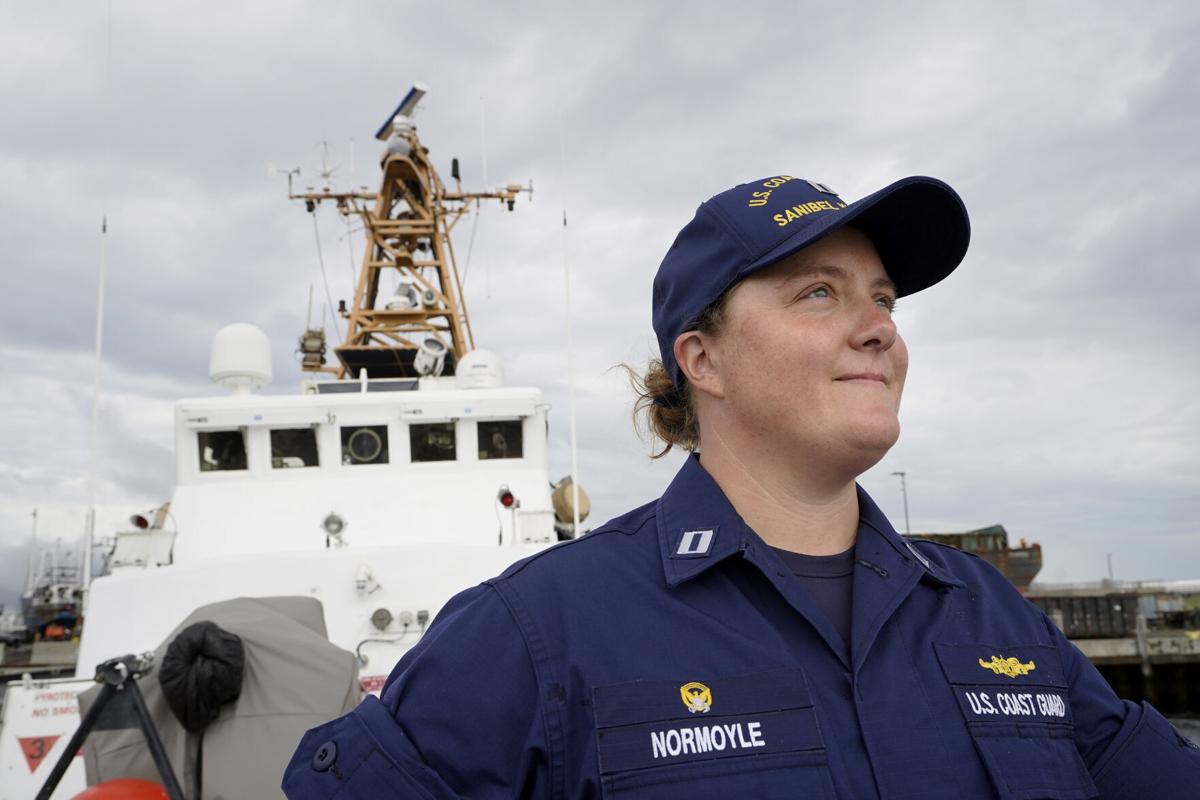 U.S. Coast Guard Lt. Kelli Normoyle, Commanding Officer of the Coast Guard Cutter Sanibel, stands for a photograph on the deck of the vessel, Thursday, Sept. 16, 2021, at a shipyard, in North Kingstown, R.I. 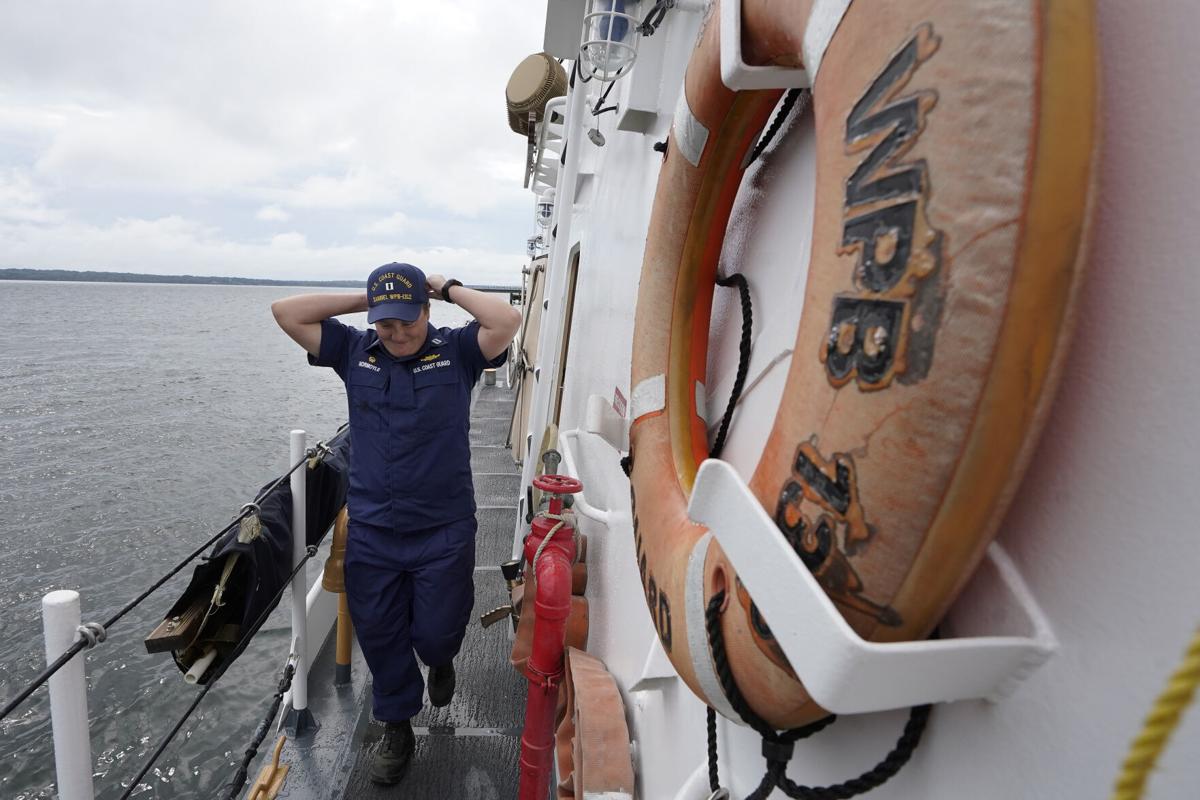 U.S. Coast Guard Lt. Kelli Normoyle, Commanding Officer of the Coast Guard Cutter Sanibel, adjusts her hat while walking on the deck of the vessel, Thursday, Sept. 16, 2021, at a shipyard in North Kingstown, R.I.