WAUKESHA, Wis. — Investigators are looking into whether the SUV driver who plowed through a Christmas parade in suburban Milwaukee, killing at least five people and injuring more than 40, was fleeing a crime, a law enforcement official told The Associated Press.

The joyous scene of marching bands and children dancing in Santa hats and waving pompoms turned deadly in an instant on Sunday, giving way to screams and scenes of crumpled bodies as the SUV sped through barricades and struck dancers, musicians and others. Members of a “Dancing Grannies” club were among those killed.

One person was taken into custody after a Waukesha police officer opened fire to try to stop the vehicle, authorities said.

Two law enforcement officials, speaking on condition of anonymity because they were not authorized the discuss the matter publicly, identified the person as 39-year-old Darrell Brooks.

In the other case, filed in July 2020, Brooks is charged with reckless endangering and illegal possession of a firearm.

Investigators were questioning the person in custody about an earlier crime, which one of the officials described as an argument involving a knife. The official cautioned the investigation was still in the early stages.

Waukesha Police Chief Dan Thompson gave no immediate details about the person or any possible motive. Thompson said that he did not know if the driver was hit by the officer’s bullets but that no bystanders were wounded.

On its social media account, the city put the number of dead at at least five.

The horror was recorded by the city’s livestream and onlookers' cellphones. One video shows the moment the SUV broke through the barricades and includes the sound of what apparently were several gunshots.

Another video shows a young child dancing in the street as the SUV speeds by, just a few feet from her, before it hurtles into parade participants a few hundred feet ahead. One video, of dancers with pompoms, ends with a group of people tending to a girl on the ground.

“There were pompoms and shoes and spilled hot chocolate everywhere. I had to go from one crumpled body to the other to find my daughter,” Corey Montiho, a Waukesha school district board member, told the Milwaukee Journal Sentinel. “My wife and two daughters were almost hit. Please pray for everybody. Please pray.”

The Milwaukee Dancing Grannies posted on its Facebook page that some of its members were among the dead. The organization describes itself as a “group of grannies that meet once a week to practice routines for summer and winter parades.”

“Our group was doing what they loved, performing in front of crowds in a parade putting smiles on faces of all ages, filling them with joy and happiness,” the post said.

“Those who died were extremely passionate Grannies. Their eyes gleamed ... joy of being a Grannie. They were the glue ... held us together.”

A Roman Catholic priest, parishioners and Waukesha Catholic schoolchildren were among those injured, the Archdiocese of Milwaukee said.

Chris Germain, co-owner of the Aspire Dance Center studio, had about 70 people in the parade, including children as young as 2 being pulled in wagons and participants up to 18 years old.

Germain, whose 3-year-old daughter was in the parade, said he was driving at the head of their entry when he saw a maroon SUV that “just blazed right past us.” A police officer ran past in chase. Germain said he jumped out of his own SUV and gathered the girls who were with him to safety.

Then he walked forward to see the damage.

“There were small children laying all over the road. There were police officers and EMTs doing CPR on multiple members of the parade,” he said.

Angelito Tenorio, a West Allis alderman who is running for Wisconsin state treasurer, said he was watching the parade with his family when they saw the SUV come speeding into the area.

“Then we heard a loud bang,” Tenorio said. “And after that, we just heard deafening cries and screams from the crowd, from the people at the parade. And people started rushing, running away with tears in their eyes, crying.”

The Waukesha school district canceled classes Monday and said extra counselors would be on hand for students and staff. The parade’s list of participants included cheer, dance and band entries associated with district schools.

Gov. Tony Evers said he and his wife were “praying for Waukesha tonight and all the kids, families, and community members affected by this senseless act.”

The parade, held each year on the Sunday before Thanksgiving, is sponsored by the city’s Chamber of Commerce. This year’s event, the 59th, had the theme of “comfort and joy.”

Waukesha is a western suburb of Milwaukee, and about 55 miles north of Kenosha, where Kyle Rittenhouse was acquitted Friday of charges stemming from the fatal shooting of two men and the wounding of a third during unrest in that city in August 2020.

Editor's note: This story has been corrected to show that online court records indicate a Darrell Brooks Jr. faces charges in another case that include second-degree recklessly endangering safety and that bail in a previous case was $1,000, not $500.

Scenes from the tragedy in Waukesha

Police say they will pursue five intentional-homicide charges in the deadly parade crash in Waukesha. 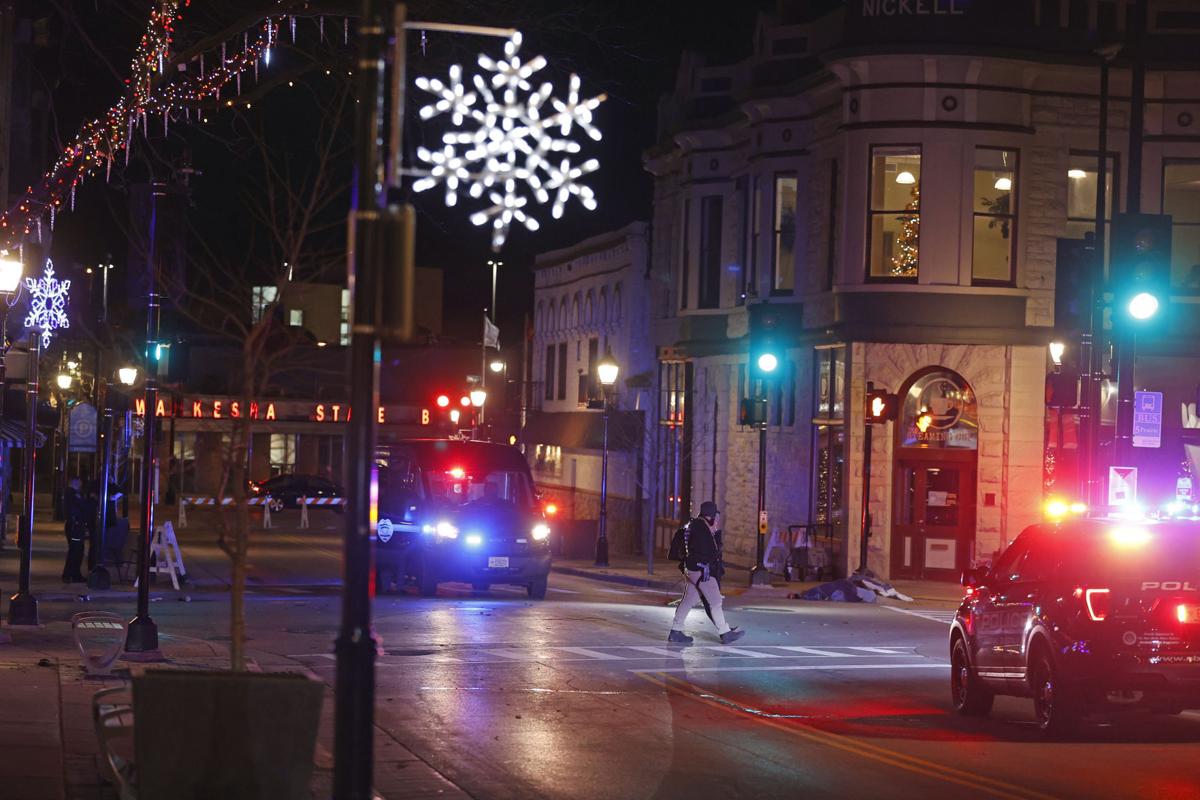 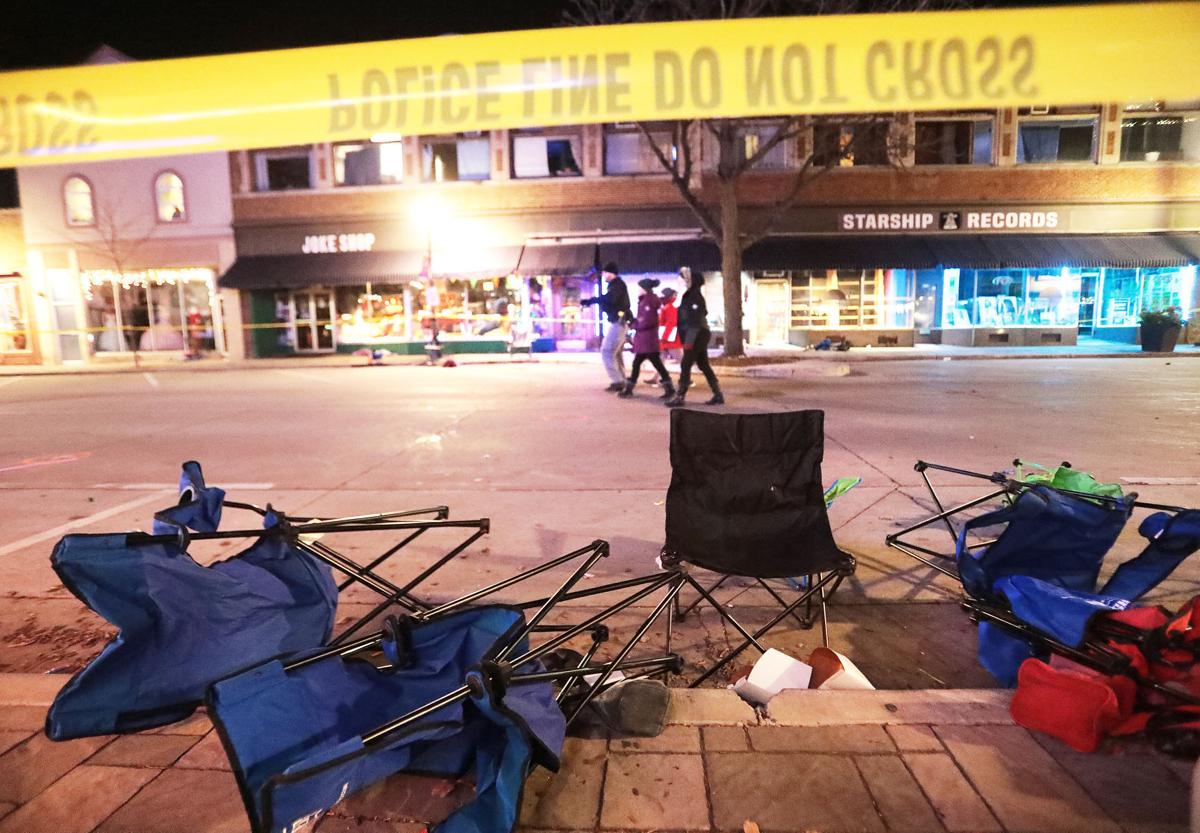 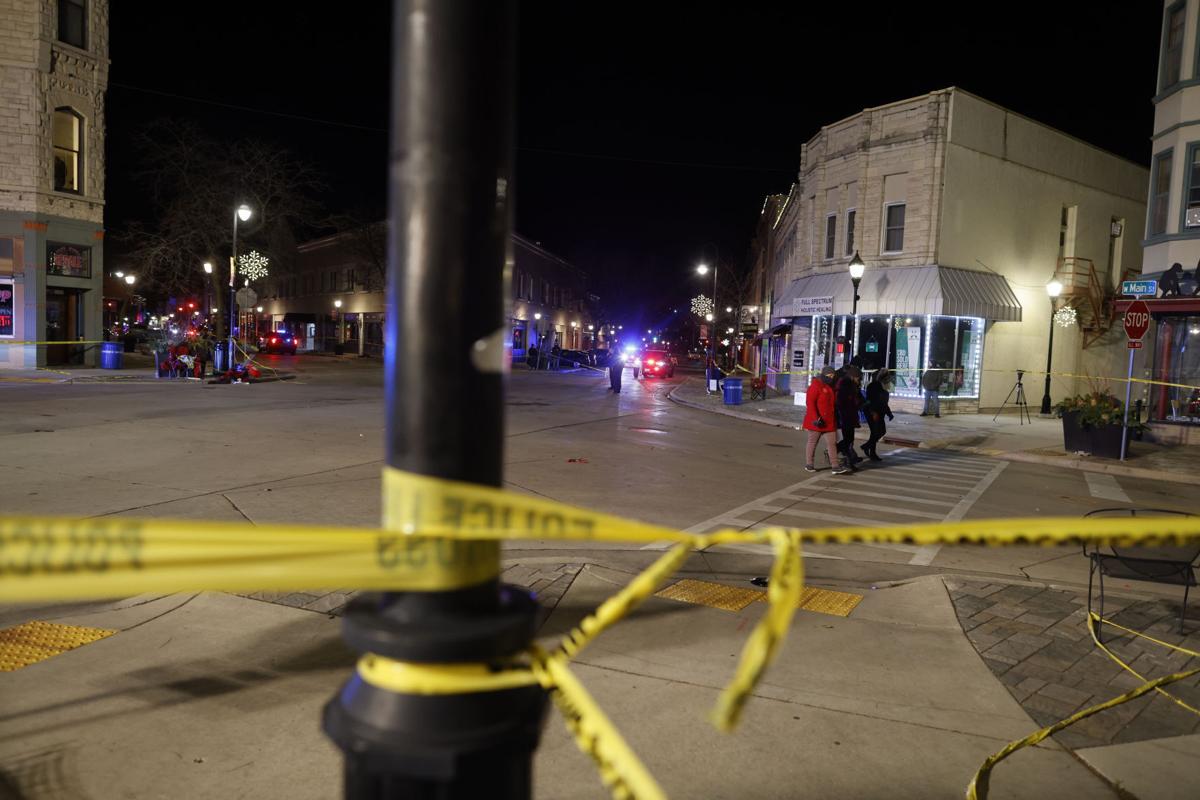