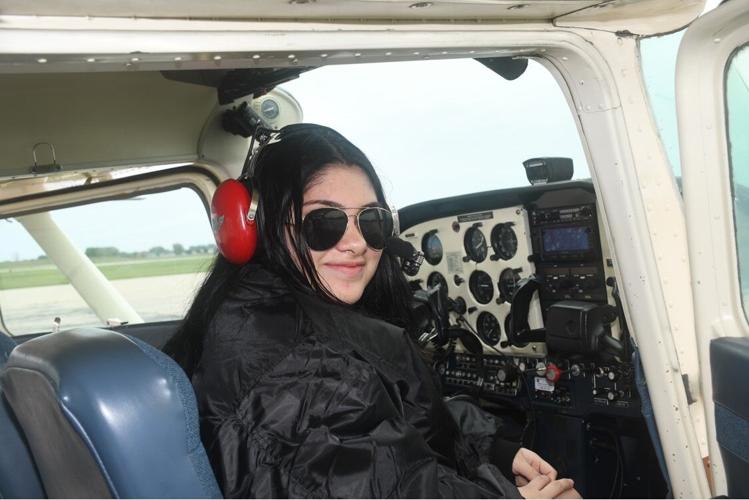 Wings to Fly participant Yesenia Guereca is shown pre-flight in her aviators and flight jacket. 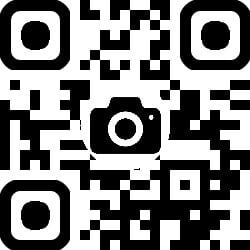 PHOTOS: See more shots from the first flights of these young Racinians by scanning the QR code and following the link

RACINE — It all began over Thanksgiving dinner.

Sue Schwaab, who was a pilot with United Airlines for more than 30 years, was talking about how recent research determined that only approximately 10% of commercial airline pilots are women and approximately 7% are of minority descent.

She is now retired and promoting aviation — especially for women — with her program Wings to Fly.

Officer Travis Brady, a COP House officer, was at the table listening to his aunt talk about giving women and minorities opportunities in commercial aviation.

As she spoke, Brady wondered, “What would it take to bring Wings to Fly to Racine?”

Within months, it was Brady (and others) who pulled it off.

After months of extensive planning, on June 4, members of the Racine Police Department and Racine Unified School District escorted eight young people to the Batten Airport for a day in the sky, accompanied by lessons on the physics that make flying possible.

Brady said young people really don’t know what opportunities may be available until someone shows them what’s possible.

“Their eyes were open to the possibilities of life,” he said while describing the young people and the smiles on their faces as they exclaimed, “I just flew a plane!”

IN PHOTOS: Young Racinians take to the air, thanks to volunteer pilots and community policing officers

The day was made possible through the volunteer efforts of the pilots. Brady said pilots jumped at the opportunity to get Racine’s young people airborne. They came from Madison, East Troy and elsewhere across southeastern Wisconsin.

Organizers hoped to have four pilots, who would then fly two students. However, more than eight pilots volunteered — allowing each student to fly one-on-one with a pilot.

Brady called the enthusiasm of the the pilots “an absolute blessing,” especially in light of the price of fuel right now. “It’s just incredible, the overwhelming level of support.”

One of the pilots was an actual commercial airline pilot who had to take the day off from work to participate, Brady said, but he did it because “he believed so strongly in the next generation of pilots.”

In recruiting youth for Racine’s first Wings to Fly program, Brady said the priority from the beginning was the participation of women and people of color.

However, it was also important the young people who participated be able to meet the challenges of the day.

“We weren’t expecting perfect,” he said of the application process. “Maybe they’ve made some bad decisions, but they’re going to show up on time, and they’re looking for the next level of success.”

They also were not expecting straight As, but the applicants could not have straight Fs, either. “We were looking for kids who thought education was important,” Brady said.

Organizers also had their eye on the long game because there was the potential the youth could find inspiration in the sky and decide to pursue their pilot’s license.

All of the young people who participated had the opportunity to continue and begin the process of attaining their pilot’s license with ground school.

Brady explained ground school was the equivalent of driver’s education. It is the place to start.

While ground school was free for the participants, it is a huge commitment for young people. From start to actually getting a pilot’s license, it often takes more than half a year.

Despite that, two youth did make the commitment: Bryan and Melanie Figuereo-Colon.

The siblings had planned to travel for the summer, but their plans fell through, so they had some time on their hands.

The two described themselves as “very excited” to be going to ground school.

Neither sibling has hard and fast plans for the future and are exploring all of their options; though, Melanie does have a goal of traveling and seeing the world.

Melanie said their parents have not pressured them to have high-paying careers. Instead, the siblings have been encouraged to have jobs they love and to be happy.

Should the two go on from ground school to pursue their pilot’s license, there are scholarships available through the local EAA (Experimental Aircraft Association) chapter.

The day at Batten International Airport was made possible — in part — by existing programs to get youth on planes and into the air.

The EAA has chapters all over the US and they started a program called Young Eagles to give youth from 8-17 years old an opportunity to fly, be exposed to aviation and the physical properties that make flight possible. On the second Saturday of every month, Racine youth are invited to fly for free in a program called the Young Eagles Rally.

The program was also made possible through a donation from the Racine Community Foundation and a partnership with Racine Community Outpost, the nonprofit that owns the COP houses and operates them.

Brady said the program to bring youth to Batten Airport for a day of flight was definitely within the mission of Community Oriented Policing.

He explained the effort to reduce crime was multi-layered and would not be something that happened overnight. Brady said keeping youth occupied with positive activities, showing them a path forward, giving them a reason to stay in school are all factors in lowering the crime rate.

IN PHOTOS: Young Racinians take to the air, thanks to volunteer pilots and community policing officers

Melanie Figuereo-Colon gets her wings

The 15-year-old allegedly killed the 16-year-old because of an alleged gang affiliation but without any threat of violent provocation.

A 41-year-old woman from Burlington died in a crash Tuesday in Rochester, the Racine County Sheriff’s Office reported.

This property owner requested a permit to repair his old barn, but Yorkville instead ordered him to demolish the deteriorated structure. The case is now in court.

Lives of 'two young kids' ended: one in handcuffs, another by bullet

Yeah, Quentin Smith may have been selling marijuana when he was killed. And "he might've been friends" with kids in gangs. But neither of those things should be a death sentence says his older sister. 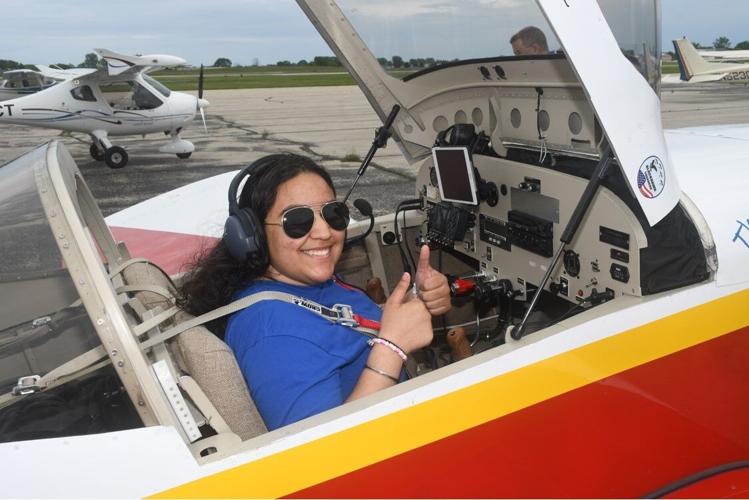 Wings to Fly participant Simran Singh signals she is ready to fly. 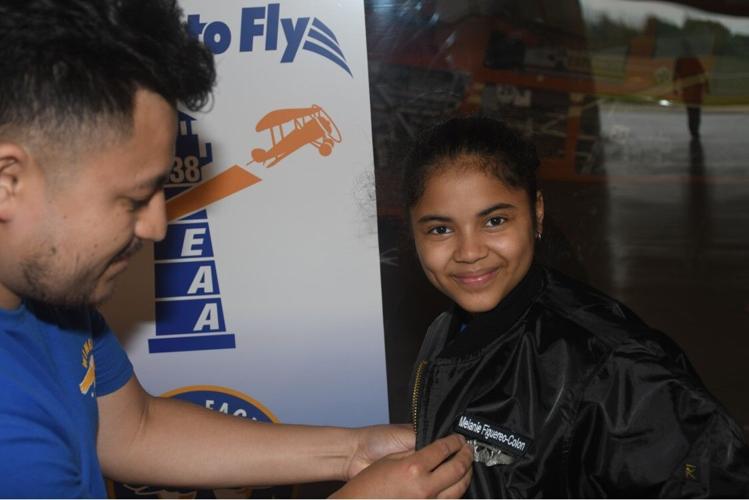 Pilot Kenny Mejia-Cruz pins wings on Melanie Figuereo-Colon. Meijia-Cruz felt so passionate about the project that he rented a plane in order to take a teen flying. 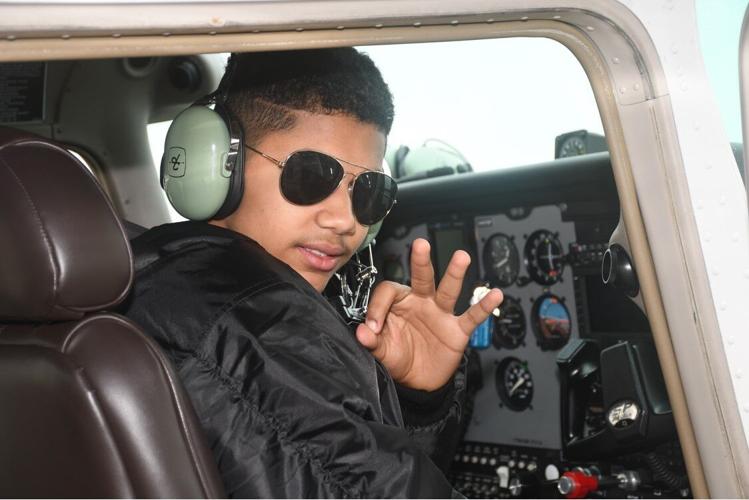 Bryan Figuereo-Colon prepares to fly. Bryan and his sibling Melanie were the only two participants who opted to move on and participate in ground school. 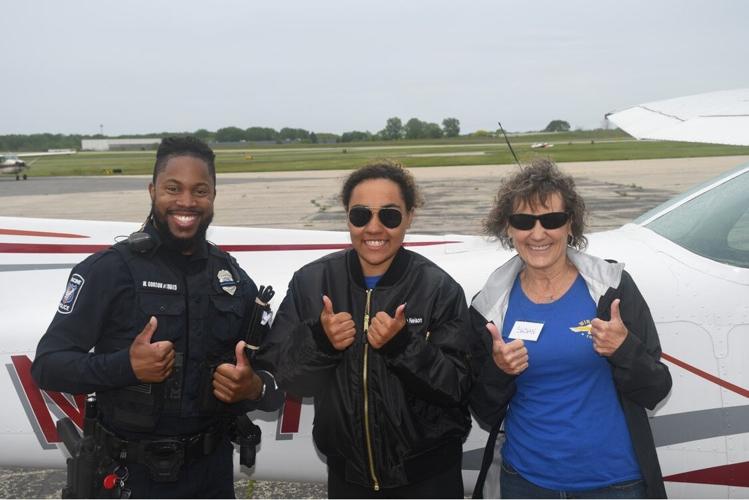 Wings to Fly participant Yesenia Guereca is shown pre-flight in her aviators and flight jacket.

PHOTOS: See more shots from the first flights of these young Racinians by scanning the QR code and following the link 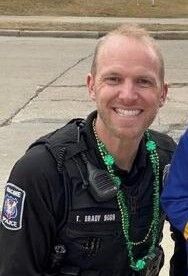