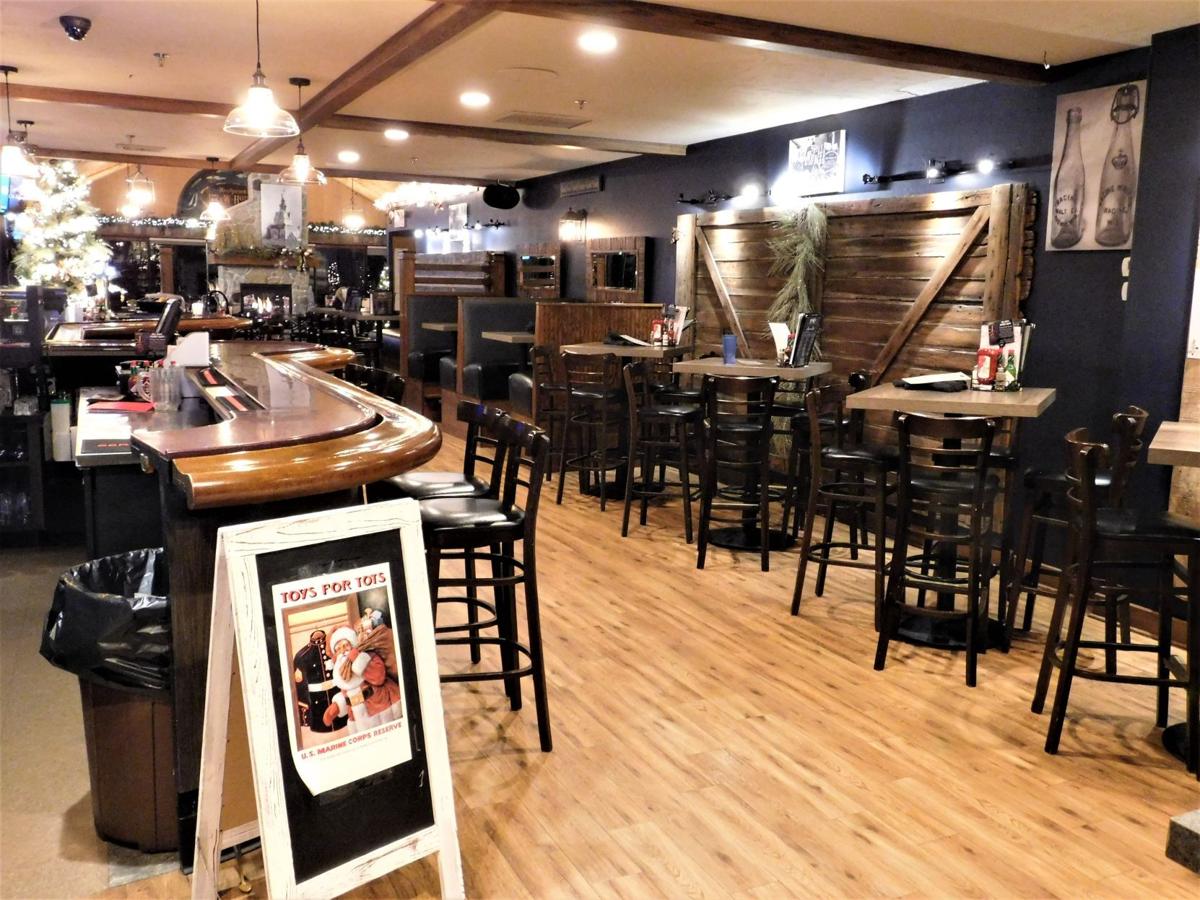 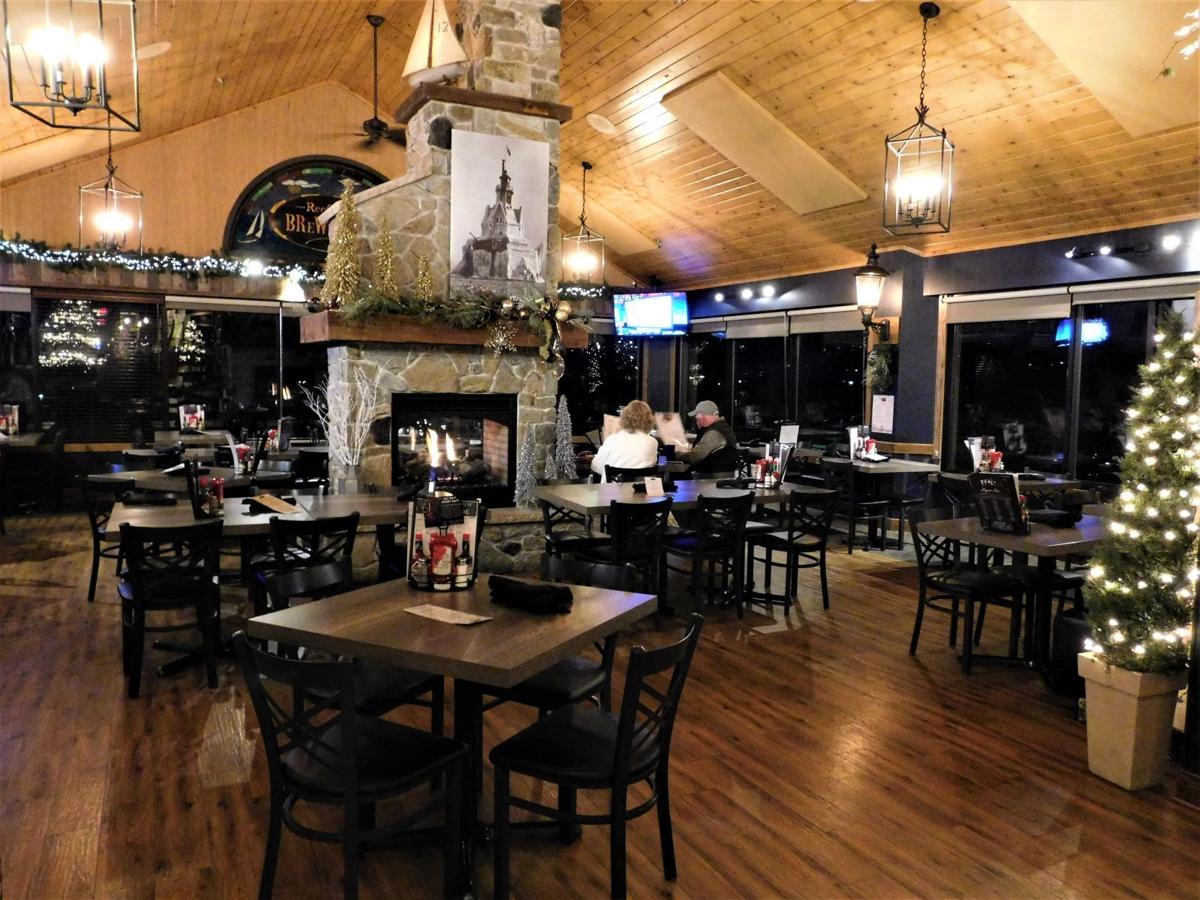 The dining room area at Reefpoint Brew House, 2 Christopher Columbus Causeway in Downtown Racine, was sparsely occupied at dinnertime on Dec. 4, following the City of Racine's implementation of its Phase 5 Safer Racine 25% occupancy limit on restaurants and bars within its jurisdiction.

RACINE — It’s a December Friday night in Wisconsin, fish fry night during the holiday season, and traditionally restaurants are hopping with activity and infused with a convivial air. The immigrant Germans that populated Wisconsin brought with them a word for it, gemütlichkeit, a state of warmth, friendliness and good cheer.

But 2020 is anything but a traditional year.

At Reefpoint Brew House, 2 Christopher Columbus Causeway, gemütlichkeit is in short supply as co-owner Patti Landreman looks out over an empty bar and a dining room occupied by a sparse handful of customers, the festively-decorated dining room belying a bleak, stark reality: business is down, dramatically so.

While it’s understandable that customer traffic would be off in the midst of the ongoing COVID-19 pandemic, the scene has been particularly stark according to Racine restaurant and bar owners since the city revised its Safer Racine ordinance, passed by the Common Council in June, ratcheting down indoor occupancy limits on restaurants and bars from 50% to 25%.

A significant spike in COVID-19 cases since Labor Day heading into the Thanksgiving, Christmas and New Year’s holidays, spurred the revisions, according to City of Racine Public Health Administrator Dottie-Kay Bowersox.

“Gatherings outside of the home, when not wearing a mask, with individuals from outside of your immediate household, are considered a high-risk behavior, such as gatherings in bars and restaurants,” Bowersox said in a Saturday email to The Journal Times. “The nation, including the State of Wisconsin, is at a crisis level with the community spread of COVID-19. Over this past year, after each major holiday, there has been increased transmission rates. It is projected over this holiday season it will remain the same. In places where people gather, we see transmission — including bars and restaurants.”

Bowersox said last week’s extension of the city’s Safer Racine reopening plan/ordinance to June 2021 “does not mean the content and all categories which are currently itemized will remain as listed today.”

“Revisions will be made as the science and data alters according to the increases/decreases we see with the transmission of the virus through the community,” Bowersox noted. “Over the duration of this pandemic, as the number of individuals who present positive have fluctuated, alterations have been made...

“As a reminder, if more people took the virus seriously, followed the best guidance from public health officials, and actually took the personal responsibility to protect the health of both themselves and the community seriously, the need for public health departments to put restrictions in place would be significantly reduced. The spread of the virus right now is determined mostly by individual behavior and everyone needs to take responsibility for the health of community, state, and nation.”

At Reefpoint Brew House, Landreman said the dine-in trade has been “very minimal” since the city’s Nov. 27 move, noting business “dropped like it went off a cliff.”

“It’s affected our business in a very negative way because we’re not getting the customers through our doors,” she said. “Imagine you’re running a business and there’s no one coming through your doors — you have no revenues. Our revenues are down significantly comparing year to year, month to month, week to week — significantly down. We have some customers coming in, and we appreciate that support, but we’re having to lay people off and focus … on curbside pickup and online ordering. The struggle is real. Business is definitely down.”

Instead of implementing increasingly restrictive occupancy limits on restaurants and bars, Landreman would like to see more trust placed by city officials in restaurant and bar owners to do the right thing.

“Trust that we are following all the CDC guidelines,” she said. “Just trust that we can run our business as we’re supposed to. We’re above and beyond at this point trying to keep everybody safe — our staff, our customers. They should allow us to run our businesses properly and trust that we’re doing it the way we’re supposed to … We’re taking every opportunity we can to keep our doors open by following the guidelines.”

Looking forward, Landreman is concerned about the long-term post-COVID future of the restaurant industry in the city.

“The scary part is, if we’re laying people off, are they gonna come back to work?” she said. “I don’t know. When we do get busy when this turns around … are we gonna have any people that are coming back to the hospitality business? That’s our next biggest concern. We’re losing good people but we can’t afford to support them financially when business is so far down. It (layoffs) is the last thing we want to do but sometimes you don’t have a choice in that. If you don’t have the money coming in, you can’t pay it out.”

At Corner House on the Lake, co-owner Benjamin Nelson said the supper club, a Racine dining fixture since 1945 that relocated to 207 Gaslight Circle in October, has been “horribly” impacted by the city’s restrictive new 25% occupancy limit.

At Red Onion Cafe, 555 Main St., co-owner Laura Oakland reports “a decline in sales” and customers being “more shy” about dining out since the city implemented the 25% occupancy limit on restaurants and bars.

“Is it hard to sustain this? Absolutely,” Oakland said. “We haven’t even reached maximum (25%) occupancy. People are staying away … As the owner of a restaurant, that’s very hard.”

Across the street at Dewey’s Restaurant and Sports Bar, 600 Main St., co-owner Dan DuMont feels the city’s local Safer Racine ordinance, as well as its more stringent occupancy limits, are scaring large numbers of people from venturing out to dine.

“The 25% occupancy limit is not an issue anymore because we’re not meeting it,” he said. “Everyone’s been frightened so much about this that no one is coming out. The day before Thanksgiving … we’d usually have 150 people in here. This year we had 25. Friday night fish fry, people are in town because of Thanksgiving, we’re thinking we’re gonna have a good night; we had two tables and two take-outs. No one’s coming out. They’ve scared them away … I think by the end of January you’re going to see a lot of them (restaurants and bars) drop off. We’re in really lean times.”

Bowersox disagrees with the assessment.

“Any limits put in place should not create fear,” she said, noting “individuals are encouraged to engage in drive-through and take-out services” offered by city restaurants and bars. “They are meant to help ensure safety. You should actually feel better about frequenting an establishment if they are actually following the rules, than a place that is doing nothing. However, just to be clear, people should fear this virus. Without a population that is thoroughly vaccinated, anyone can get it, it can make you sick, the long-term side effects can be serious to your health, and more than 260,000 Americans have died from the virus in less than a year.”

For Racine residents that are venturing out, DuMont feels the city’s restrictive 25% occupancy limits on restaurants and bars in its jurisdiction are driving business from Racine to neighboring communities.

“The sad thing for those of us doing business in the City of Racine is you can go to Caledonia at Mosquito Inn ... (or) Joey’s West in Franksville and they’re packed, wall-to-wall people,” he noted. “They’re not under the same rules that we are.”

Bowersox cautions against such practices.

“As a reminder, it does not mean it is any safer to just drive out of town to go to a bar — it is actually a riskier behavior,” she said. “Just because you can, does not mean you should. The number of COVID-19 positive cases within the county, as well as surrounding areas, are significant. Individuals need to stay within their communities and not bring the virus into their homes and the city from traveling to other areas.” 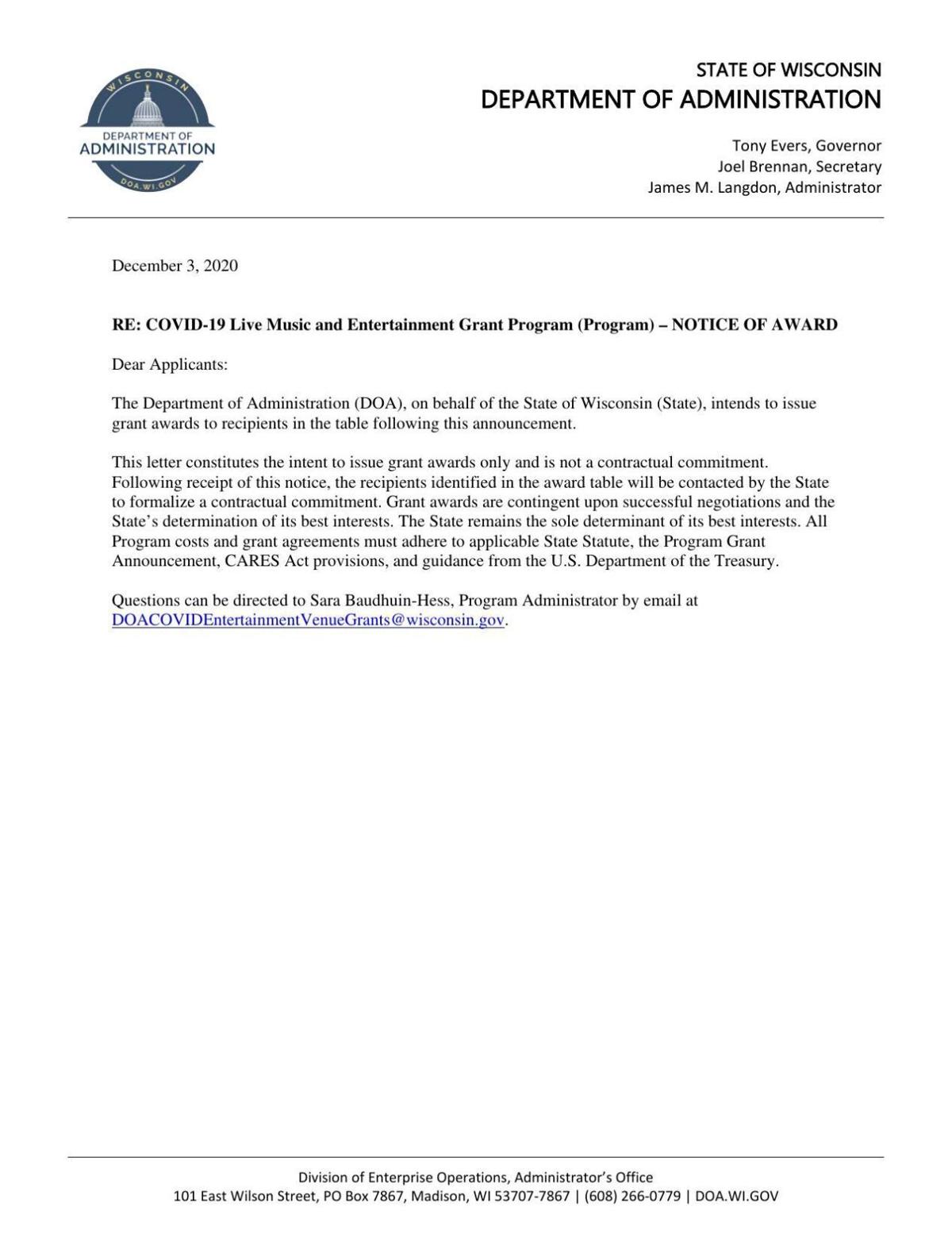 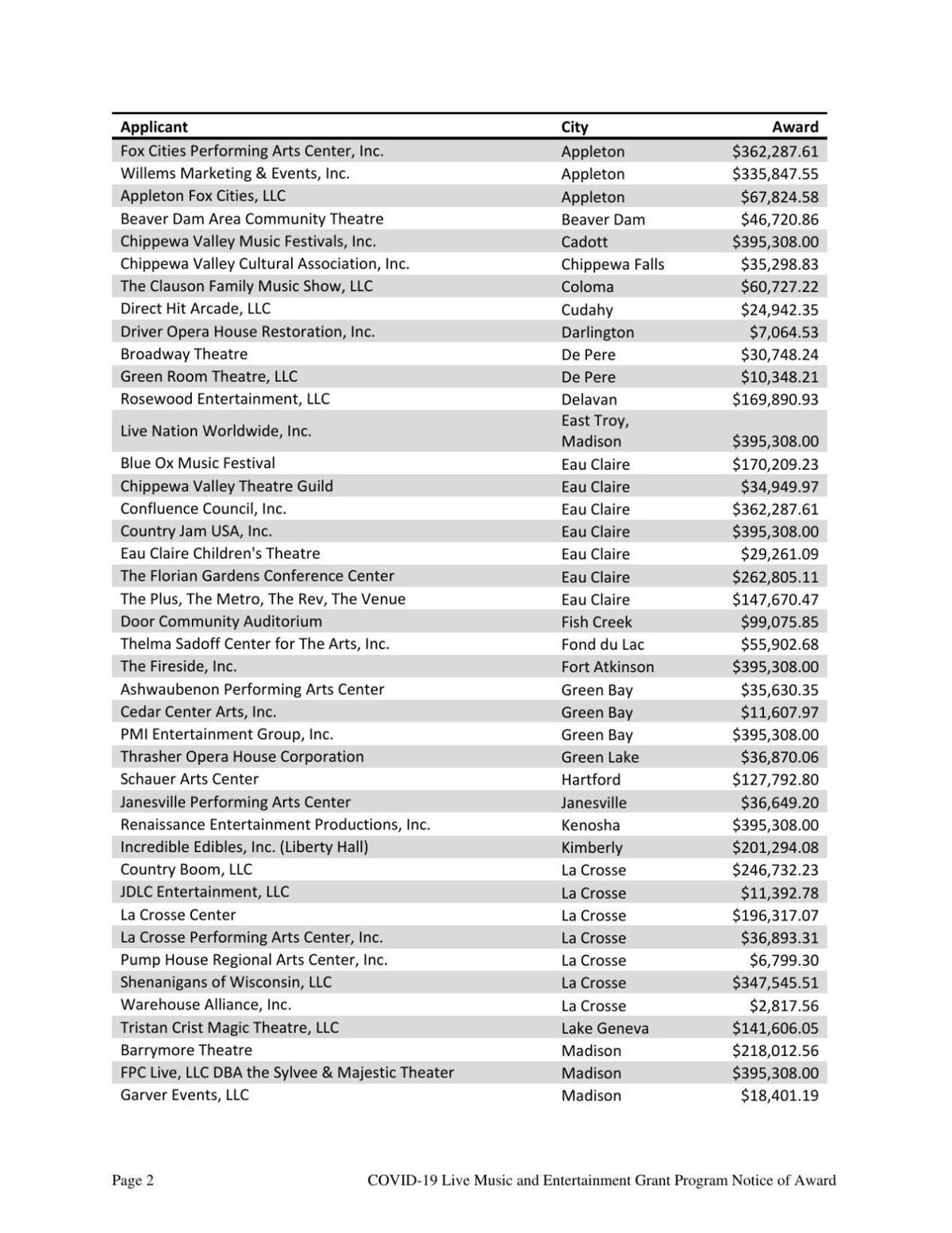 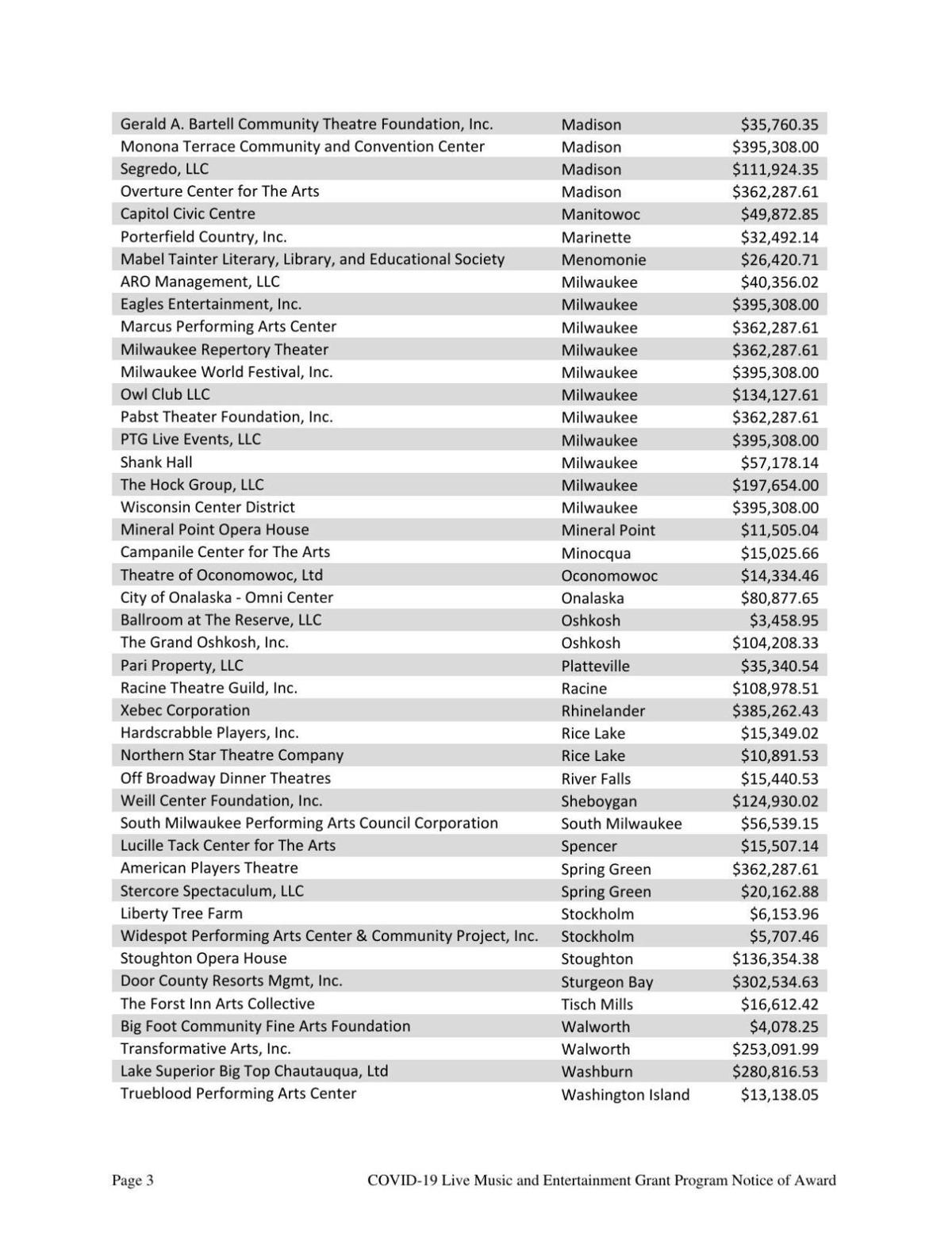 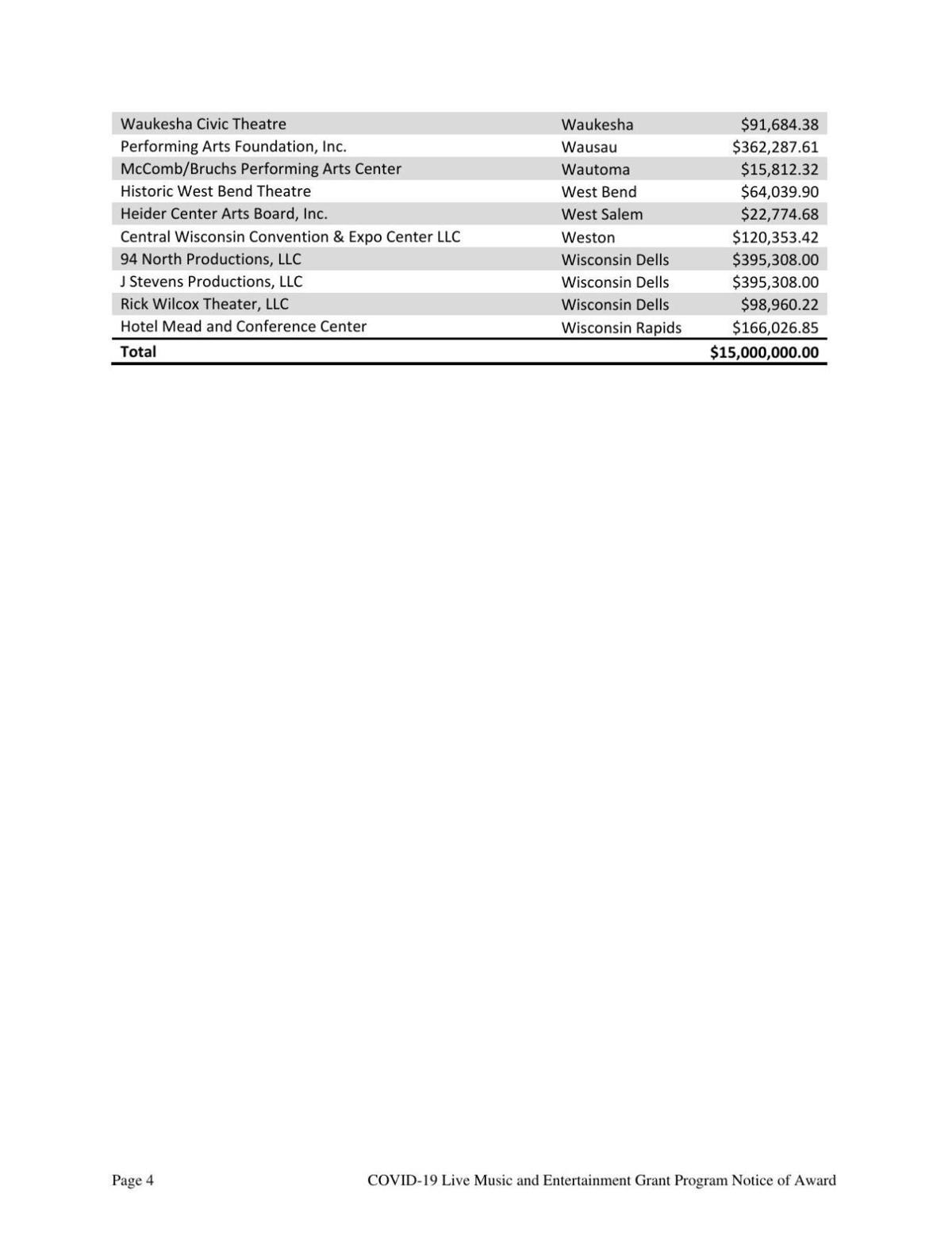 It’s the Friday before Christmas at The Roost. In years past, the dining room would be buzzing with a full house, and there often would be people waiting to be seated standing out on the sidewalk.

This year, several weeks into the city’s 25% occupancy limits on restaurants and bars imposed under Safer Racine Phase 5, it’s a much different picture at the popular breakfast and brunch fixture at Sixth and Villa Streets.

Citing tiny traffic and lost revenue throughout the pandemic, in part because of city-imposed restrictions, The Roost's last day is scheduled for Sunday, Dec. 27.

"It's about time," Dean Rouschia, owner of Yuni's Avenue Cafe, said of allowing dining rooms to open up with more capacity. But the capacity of Linda's Hallmark Shop prior to Monday's loosening was 10 people. That limit, at least for now, isn't going to change. "We like it at 10 ... We want to keep everyone safe," said Linda Lewis, manager.

The dining room area at Reefpoint Brew House, 2 Christopher Columbus Causeway in Downtown Racine, was sparsely occupied at dinnertime on Dec. 4, following the City of Racine's implementation of its Phase 5 Safer Racine 25% occupancy limit on restaurants and bars within its jurisdiction. 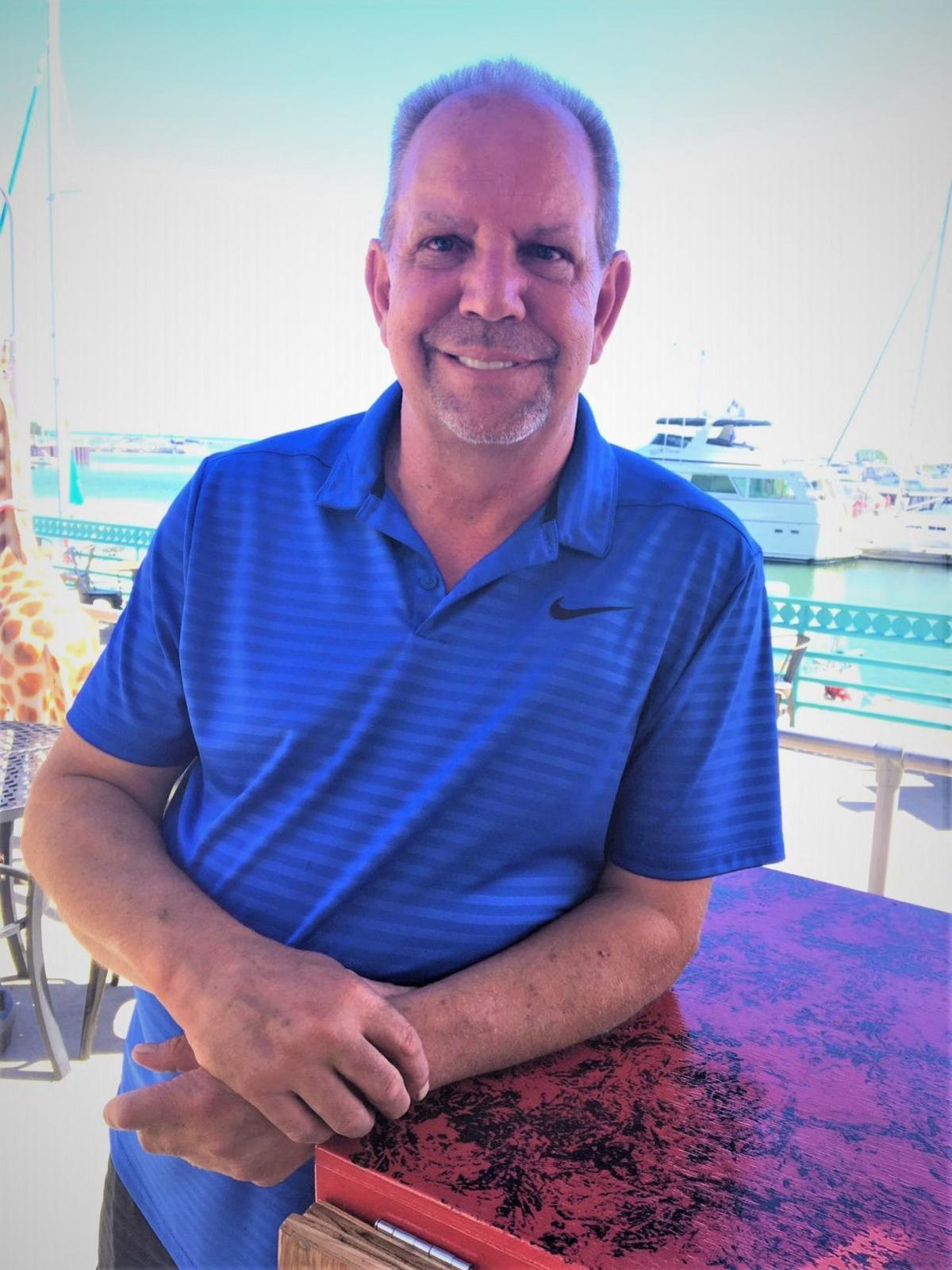 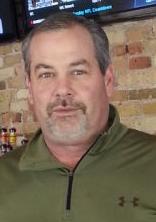