There have been countless tests, leads taking investigators across the country, cutting-edge isotope testing, DNA data banks, more than 1,000 missing persons’ cases examined, and thousands of hours of work.

And finally, thanks to one tip from one eavesdropper 1,160 miles away, the case of Racine County’s Jane Doe may soon be closed.

Her name is Peggy Lynn Johnson. And Linda LaRoche is the woman who allegedly killed her.

“Twenty years is a long time for an innocent victim to be nameless to the world,” Sheriff Christopher Schmaling told The Journal Times. “Peggy Lynn Johnson can now rest in peace with her killer behind bars. Justice will finally be served.”

Her identity was announced by Schmaling during a Friday news conference. That same day, charges were filed against LaRoche for first-degree intentional homicide and hiding a corpse.

Under the leadership of three different sheriffs — William McReynolds (1995-2003), Robert Carlson (2003-2011) and Schmaling (2011-present) — the Racine County Sheriff’s Office has been dogged in the search for Johnson’s identity. And in the search for her killer.

“Year after year after year, we plugged away at this case, never giving up,” Schmaling said during a Friday press conference. “Oftentimes these cases, as we know, grow cold in terms of investigative leads. But they must never grow dust or be forgotten. And of course, never given up on. This was a philosophy from our former sheriffs that we have in this room today. And that remains our philosophy here at the Racine Sheriff’s Office today: Never giving up.”

In October 2013, Schmaling told The Journal Times: “I truly believe that it’s not a matter of if. It’s a matter of when we identify her.” He was right.

The investigation started in July 1999 after Johnson’s body was found by a man walking his dog on 92nd Street in the Town of Raymond (now the Village of Raymond) between Six Mile Road and Seven Mile Road.

The body appeared to have been repeatedly assaulted, was wearing a distinctive western-style man’s shirt with a floral pattern, had sweatpants on, didn’t have any tattoos, had protruding front teeth, did not have blue eyes, was of average height and appeared malnourished.

Investigators didn’t have much to go on, especially as the years dragged on and no friends or family came forward. They focused on the uniqueness of the shirt for a few years, but that didn’t get them any closer to uncovering Johnson’s identity.

Within the first year, more than 1,400 leads were exhausted to no avail, the Sheriff’s Office reported.

In May 2000, a couple of investigators and then-Racine County Medical Examiner Tom Terry attended the Midwest Serial Profilers Conference to get feedback from experts on how they should try to identify the Jane Doe, but that effort didn’t lead to any major discoveries.

The case hung heavy on the shoulders of Eileen Reilly, who was the Sheriff’s Office’s first female deputy and was one of the leads in the cold case investigation until she retired in 2008.

“I feel like I failed her, that I didn’t get her identified,” Reilly told The Journal Times in 2011.

The weight on Reilly’s shoulders was lifted this week when she heard about the arrest.

“I can tell you I am elated that Jane Doe finally has been identified. It is an answer to my 20-year prayer that we at least put a name to Jane Doe. It is icing on the cake that an arrest has also been made!” she said in an email sent to The Journal Times on Friday.

After Reilly, the case was passed on to investigators Cary Madrigal and Tom Knaus. In 2011, Madrigal told The Journal Times, “This is the case that burns in all of our minds, because she’s not identified … At the bare minimum, we want to identify her.”

Knaus thought he might have solved the case in 2011 when he came across the story of a teenager whose description matched the Jane Doe who had gone missing from her adoptive parents’ home. But DNA testing confirmed that the missing person was not Racine County’s Jane Doe.

Since no family members or friends had come forward in the 12 years after the body was found, Knaus started to think that the Jane Doe had come from a dysfunctional family, been a runaway or was from another country.

In December 2012, an updated rendering of what the Jane Doe may have looked like was released by the National Center for Missing and Exploited Children.

Hope was renewed in October 2013 when the body was exhumed, thanks to volunteers from Draeger-Langendorf Funeral Home. The Milwaukee County Medical Examiner’s Office then conducted analysis of her body, again looking for clues. A forensic anthropologist from Tennessee performed isotope testing, measuring natural variations in the body. Johnson’s body was reinterred 20 months later after no revelations were reached.

And again in 2018, hope kept burning when Schmaling announced that his office was looking into accessing genealogy-testing companies’ data banks to find a genetic link between the Jane Doe and potential relatives. A similar method was used to identify the notorious Golden State Killer earlier that year.

But in the end, the breakthrough didn’t come through DNA testing, but thanks to one bit of overheard gossip.

According to the criminal complaint filed by the Racine County District Attorney’s Office, the Sheriff’s Office was tipped on Sept. 23 that a woman in Florida was talking about how she killed someone in Illinois decades prior.

The investigation isn’t over yet. On Friday, three days after LaRoche was taken into custody, Schmaling said that some investigators “at this very moment are traveling across this country putting together the final pieces of this brutal murder together.”

“Oftentimes these cases, as we know, grow cold in terms of investigative leads. But they must never grow dust or be forgotten. And of course, never given up on. This was a philosophy from our former sheriffs that we have in this room today. And that remains our philosophy here at the Racine Sheriff’s Office today: Never giving up.” Christopher Schmaling, Racine County sheriff

"Oftentimes these cases, as we know, grow cold in terms of investigative leads. But they must never grow dust or be forgotten. And of course, never given up on. This was a philosophy from our former sheriffs that we have in this room today. And that remains our philosophy here at the Racine Sheriff’s Office today: Never giving up.”

Trial for woman accused of killing Peggy Lynn Schroeder has been delayed, again

"Your honor, my life is on the line," Linda LaRoche, who has maintained her innocence in the 1999 killing that ended with Schroeder's body being dumped in Racine County sparking a 20-year cold case, argued before a judge allowed new counsel to be brought in.

"We're back to square one," an advocate for Peggy Lynn Schroeder said.

This is the Racine County Jane Doe case, which went unsolved with few leads for 20 years.

Before the case against Linda LaRoche can proceed in Racine County, her pending criminal charges in Florida for drunk driving will have to be resolved.

Hong Kong to euthanize at least 2,000 animals after 11 test positive for COVID-19

Hong Kong to euthanize at least 2,000 animals after 11 test positive for COVID-19 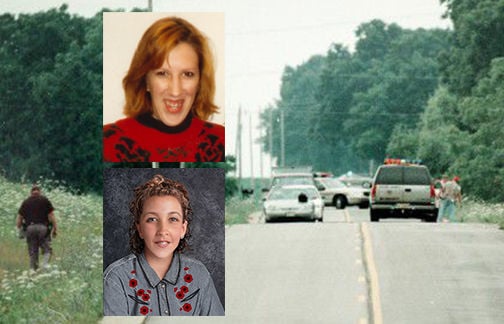 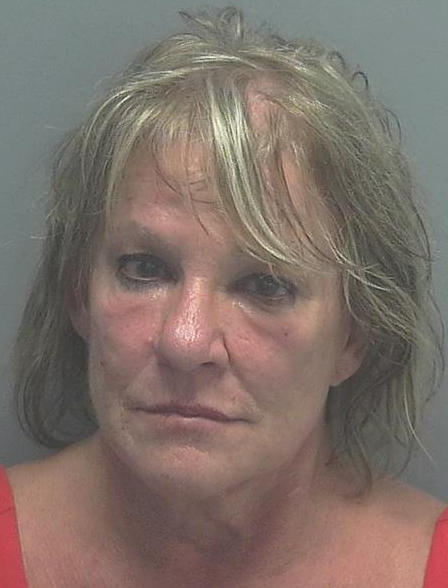 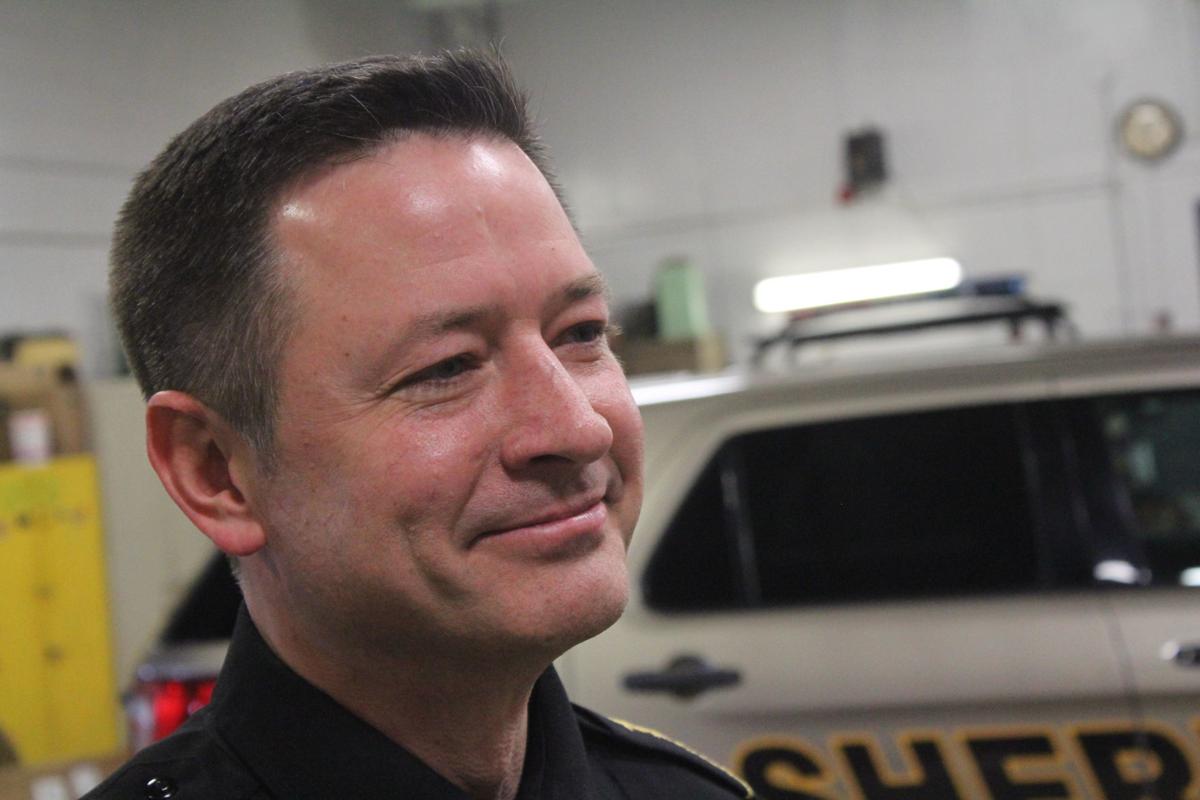