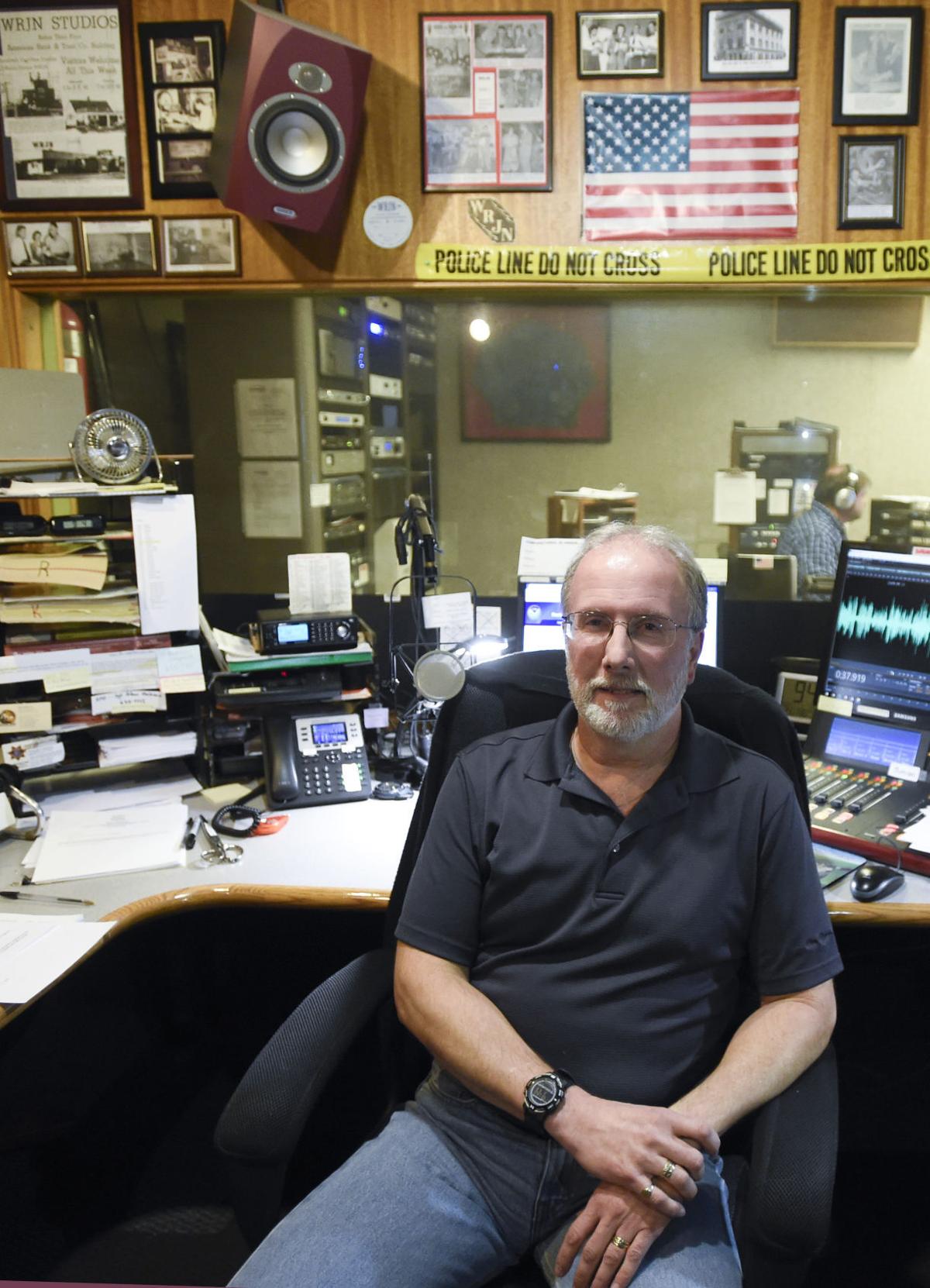 WRJN News Director Tom Karkow is shown in the news studio at the radio station with some of the history memorabilia from the station he has collected. The station is celebrating its 90th anniversary this month. 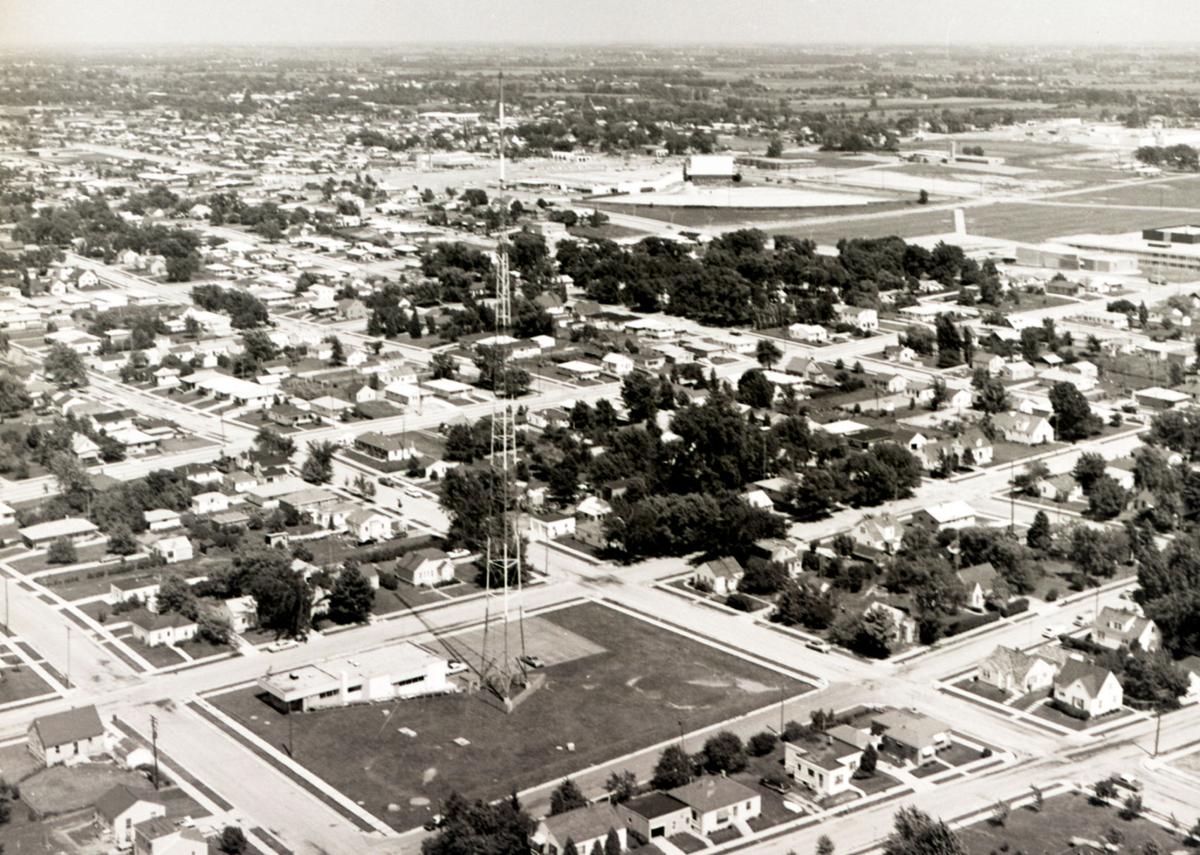 WRJN radio’s tower and offices on Victory Avenue are visible in the foreground in this aerial photo from 1966. The station’s studios and offices were built at the site in 1958.

RACINE — The exact date that Racine radio station WRJN hit the airwaves is up for debate.

But everyone agrees that the station has been broadcasting continuously for 90 years this month, making it the fourth-oldest radio station in Wisconsin.

News Director Tom Karkow hasn’t been there for all 90 years, but he has been working at the station for three decades. He has spent the past several months piecing together the station’s rich and varied nine-decade history to help commemorate the anniversary.

He has created several short on-air vignettes featuring the sounds and voices of the station’s past. And at 8 a.m. Sunday, the station will present a 30-minute tribute to the early years of the station, featuring former broadcasters and engineers talking about the old days.

“We have had some amazing people work here throughout the years, and they have all helped make us what we were and what we are,” said Karkow, a Racine native who started at the station in 1979. “They all helped us still be here after all the years.”

Changes over the years

During the past 90 years, ownership has changed, the format has changed, but the commitment to provide timely and telling local news has never wavered.

“We have been lucky that we have had ownership that has recognized there is a need to provide a local product,” Karkow said. “Very few stations do what we do with local news.

“I think that’s pretty amazing and unique in the state,” he added. “They have allowed us to continue to do that. If they didn’t like it they would have changed it.”

The station started as WLBG back in December 1926, quickly changed to WRRS, and then settled on WRJN when the Racine Journal News purchased the station.

Since starting, the station has been located several spots around the city: At Memorial Hall and at the third floor of the Downtown building that now houses the Racine Art Museum, 441 Main St.

The station constructed a transmitter tower and engineering house at 4201 Victory Ave. Old photos show those buildings were among the only structures in the area at the time.

“The engineers lived there,” Karkow said.

In 1958, the station constructed studios and offices on Victory and moved there for good. An open house after the building was completed drew more than 5,000 visitors, according to newspaper accounts.

“Lyman Merens was the news announcer and we would go live on the air. In those days we didn’t have two-way radios, and I would find a house near the fire scene and ask to use their phone. He would interview me over the phone,” Salvo said in the article.

In 1969, the Journal Times sold the station to Sentry Broadcasting Inc. of Stevens Point, and WRJN-FM was sold to WRAC of Racine.

From the late 1980s until 2014, WRJN carried a talk radio format, with a combination of local and syndicated talk. For many years WRJN was affiliated with ABC and aired the popular daily commentaries from radio legend Paul Harvey.

Today, the station is owned by Magnum Communications, Inc.

Karkow keeps station’s past alive in a small soundproofed room in the bowels of the station. He has collected photos, posters and other mementos.

Former station employees and their families have contributed many of the items, Karkow said.

He even has the original hard plastic call letters that were atop the building’s northeast corner. They were lit up at night from the 1958 until the 1980s, Karkow said.

FEATURED: Voices of past WRJN employees and snippets of archived sounds from throughout the years

1926: Call letters changed again to WRJN when purchased by the Racine Journal News.

1958: Station constructs studios and offices near its 337-foot transmitter at 4201 Victory Avenue

1969: The Racine Journal Times sells the AM station to Sentry Broadcasting Inc. of Stevens Point, and WRJN-FM sold to WRAC of Racine

WRJN News Director Tom Karkow is shown in the news studio at the radio station with some of the history memorabilia from the station he has collected. The station is celebrating its 90th anniversary this month.

WRJN radio’s tower and offices on Victory Avenue are visible in the foreground in this aerial photo from 1966. The station’s studios and offices were built at the site in 1958.