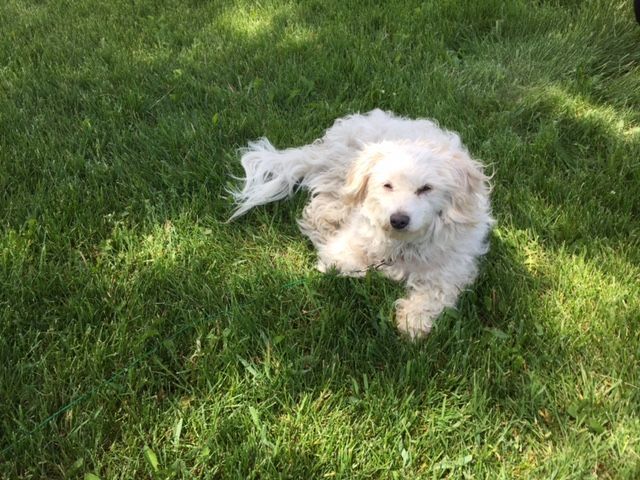 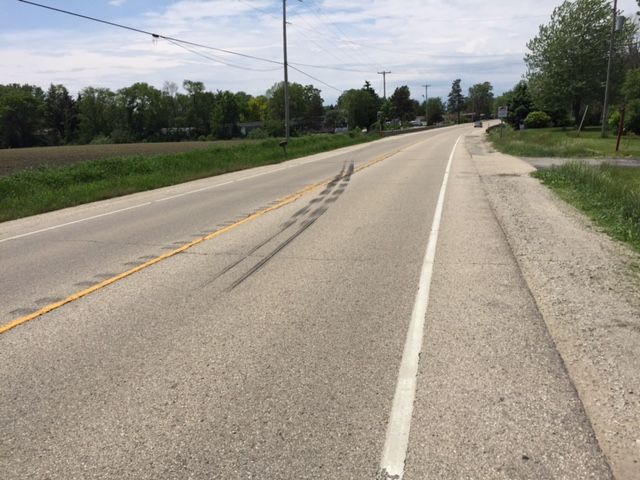 Skid marks in the 15800 block of Durand Avenue

On Tuesday, Krenzke died protecting him.

Krenzke, 43, of Yorkville, was struck at about 3 a.m. Tuesday after she went out into the road in the 15800 block of Durand Avenue after Jax. According to Krenzke’s friend Liz Haney, Krenzke had Jax in her arms when the truck hit her.

“She loved this dog so much,” Haney said. “She died for him.”

According to Haney, Krenzke was visiting Haney’s cousin in Yorkville and left Jax in her truck when she went inside. When she went back out to get him, Jax had run off, and a search began.

Krenzke found Jax a little way up the road, but when she went out into the road to scoop him up, a truck struck her and the dog, Haney said. Authorities described the truck as a semi-tractor, pulling a trailer used for hauling gravel.

According to a release from the Racine County Sheriff’s Office, deputies attempted lifesaving measures at the scene before rescue crews arrived. Krenzke was taken to Wheaton Franciscan-All Saints hospital in Racine, where she was pronounced dead.

Haney, who was already on her way to her cousin’s house when she heard about the crash, said she thought Jax had died, too. However, the little dog toughed it out.

“Jax was sitting on the porch waiting,” Haney said.

Haney said Jax came through the harrowing event rather unscathed, with no broken bones and only in need of a bath.

Haney knew Krenzke for 20 years. She was full of energy and ideas at all times, Haney said.

Krenzke was a corrections officer at Racine Correctional Institution for 17 years, according to Haney, and recently worked for Amazon in Kenosha.

Mit Baylen woke up at about 6:30 a.m. Tuesday, nearly three hours after the crash, and saw more than six police cars with lights illuminated on the street outside his house.

“I was concerned it was criminal activity, so I stayed in the house,” Baylen said.

He missed an unusual scene, according to another neighbor, who said there were more law enforcement vehicles than she’d ever seen on her block. A third neighbor estimated that eight or nine police cars joined what she called a “gravel truck” on the scene.

The driver of that truck is cooperating with the ongoing investigation, according to the release from the Sheriff’s Office, which referred to the crash as an “unfortunate accident.”

“She loved this dog so much. She died for him.”

— Liz Haney, friend of Amy Krenzke, on Krenzke's love for her dog Jax.

Map: Where traffic fatalities occurred this year in Racine County

Skid marks in the 15800 block of Durand Avenue