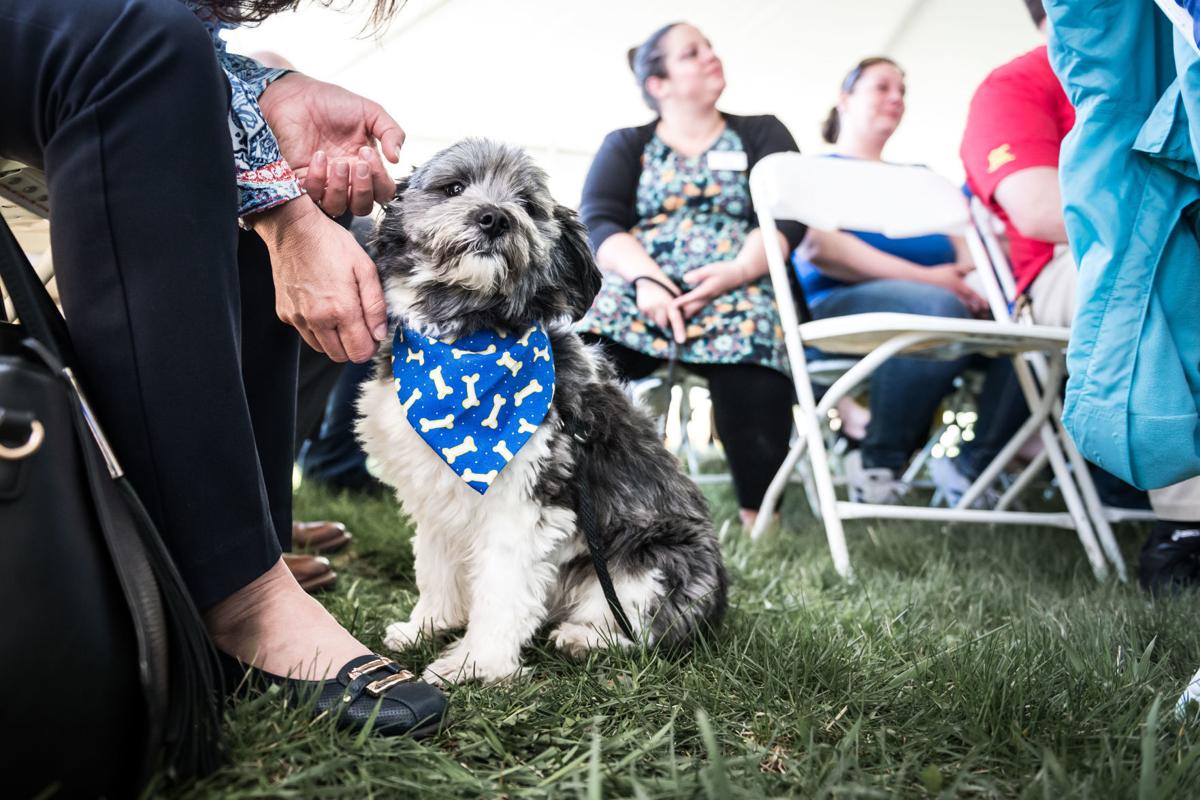 Numerous dogs were in attendance on Thursday for Wisconsin Humane Society's groundbreaking ceremony for its new facility in Mount Pleasant. 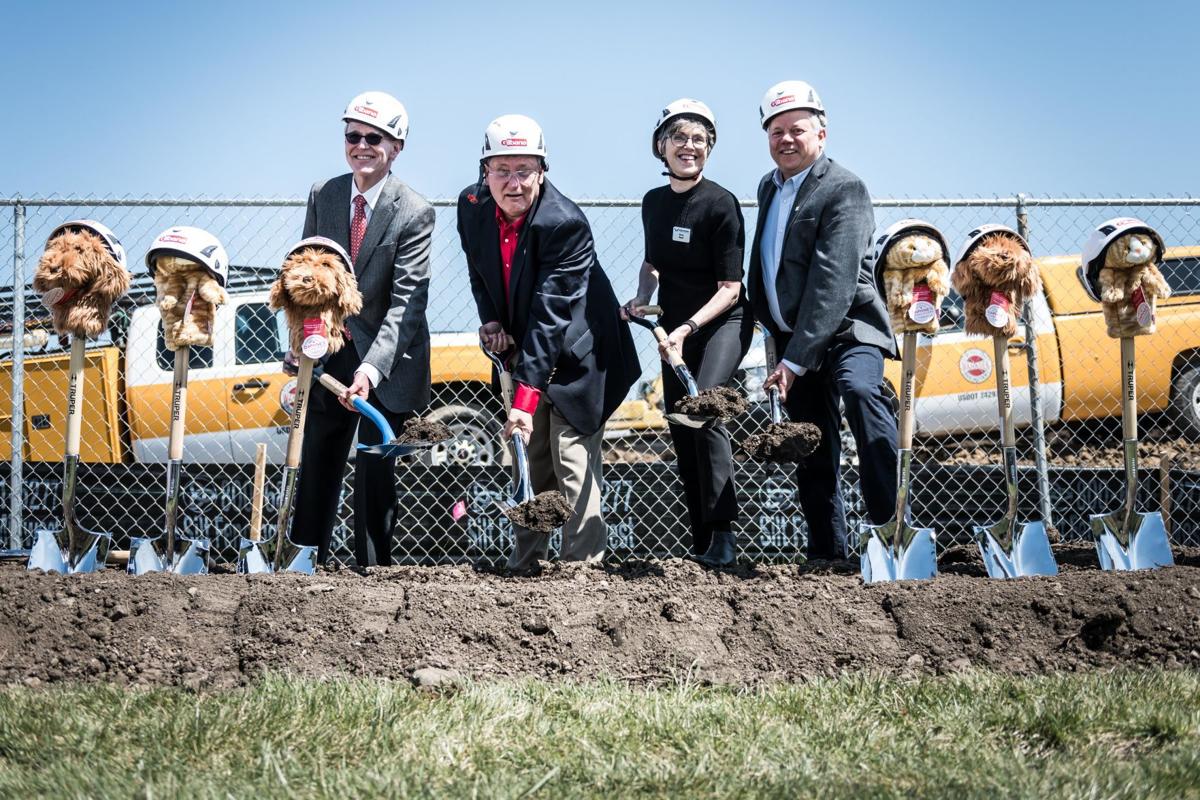 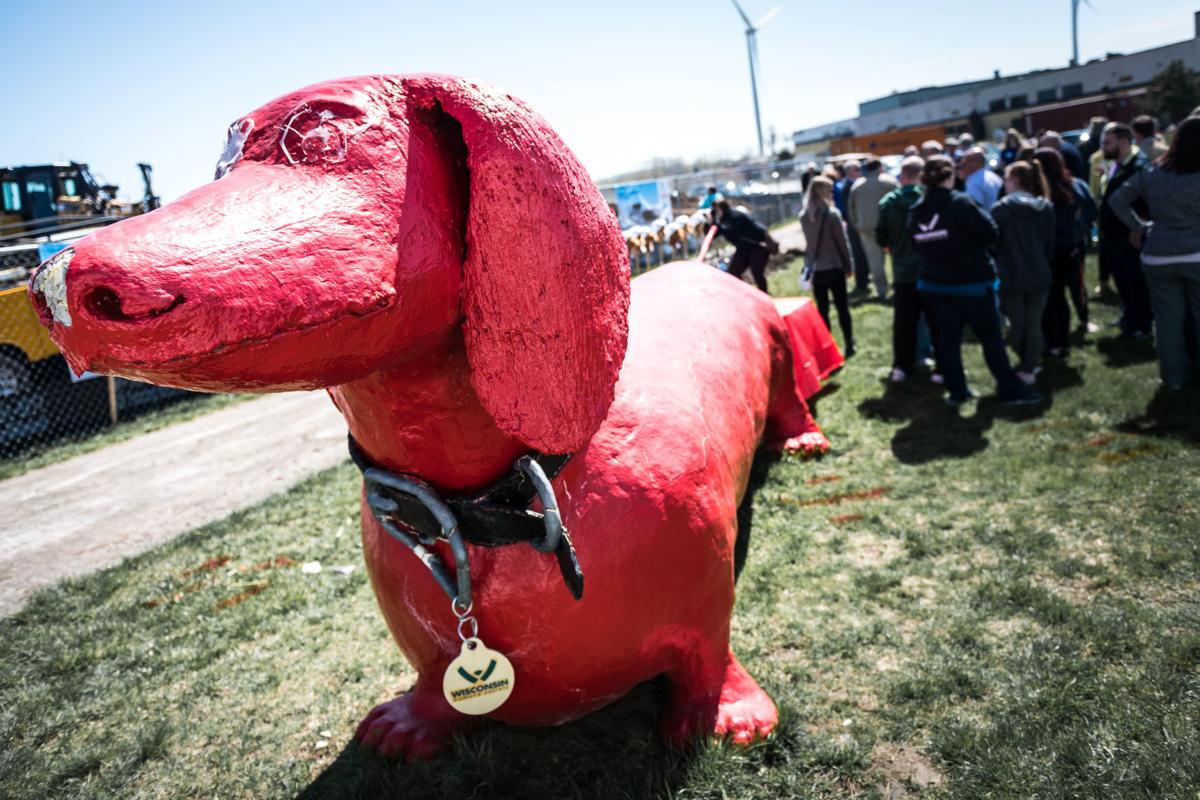 A Big Red Dog has marked the spot for several months at the site of the Wisconsin Humane Society's future $5.9 million shelter at 16th and 90th streets in Mount Pleasant. 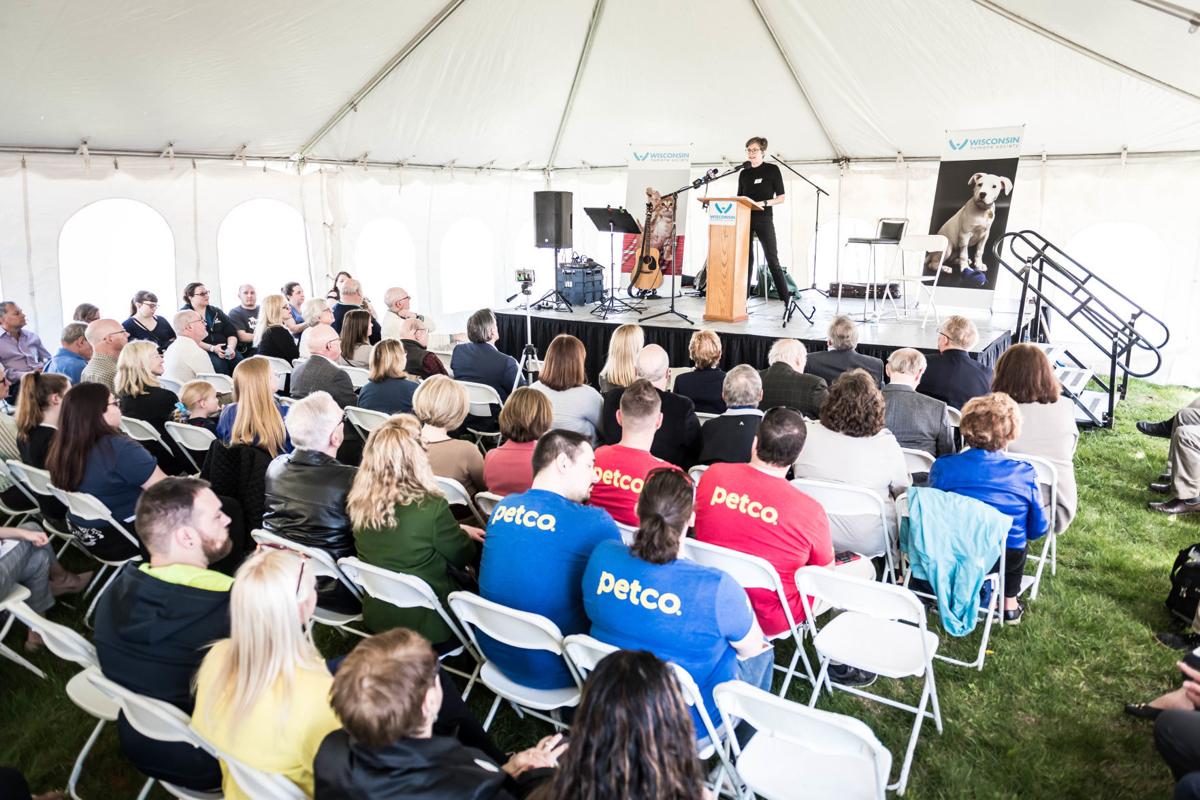 MOUNT PLEASANT — After about 3½ years of planning and fundraising, the Wisconsin Humane Society is building its future “Racine campus” facility.

On Thursday morning, WHS officials, fundraising partners, donors, staff, volunteers and friends celebrated at the site of the $5.9 million building under construction at the corner of 90th and 16th Streets in Mount Pleasant. Representatives from The Kubala Washatko Architects and Gilbane Building Co. — one of the construction leads for the local Foxconn project — also attended the event, which drew about 120 invited guests.

WHS is building a 16,000-square-foot facility that will be more than twice the size of the current shelter at 2706 Chicory Road, a converted potato barn. That building had previously housed the Countryside Humane Society, which WHS absorbed in 2013.

The organization expects to be in the new building by this time next year after an expected nine to 10 months of construction.

“It’s been such a long road,” she told Wednesday’s audience. “And to be actually sitting here, watching dirt get moved around, having to talk over it on our actual property … we really are just trying to absorb how incredible this is.”

Countryside Humane Society was using euthanasia to keep its animal population at a level it could support and accommodate, Reed said. “You don’t have to be a bad person to do that — you have to not have enough resources to do it differently.

“Jan. 1, 2013, our first day here, was the first day of never euthanizing a healthy, safe animal for space because we don’t have to do that,” she added.

Since taking over the former Countryside, Reed said, WHS has helped more than 6,000 animals find new homes, done 8,500 spay-neuter surgeries and served 4,300 animals in various kinds of clinics. “Our team did all this in a building that was fighting them every single day.”

Cat housing is so limited that WHS rents a 1,000-square-foot trailer that sits in the parking lot.

“There’s no public space in the building,” Reed continued. “So, any sort of youth programming, the way we do in our other locations, has been completely impossible here. And we know that that’s powerful.”

“Everything I just said gets fixed in this (future) building.”

“We all grew up in places where the shelter, frankly, looked a lot like the one we’re working out of now, and this (fundraising committee) had to start from helping people understand that there was such a thing as a wonderful shelter building, and that it really made a difference in the lives of animals and in the lives of a community.”

Before the event, WHS spokeswoman Angela Speed said the organization is just $100,000 short of raising the money it needs for the new building.

However, WHS will continue fundraising beyond that amount for two reasons, she said: Inflation of building materials are expected to push the cost beyond $5.9 million; and the raised amount includes $2 million from the organization’s invested funds, money it would rather not have to spend.

Reed said an anonymous donor is offering to match all donations made through October.

WHS previously successfully raised funds for and built shelters in Milwaukee in 1999 and Saukville in 2011, and a spay/neuter clinic in West Allis in 2015.

Here’s how the future 16,000-square-foot Mount Pleasant building compares with the organizations’s other facilities: Milwaukee has 40,000 square feet; the one in Ozaukee County (Saukville) has 21,000; the one in Green Bay has 14,000; and the Door County shelter is 12,000 square feet.

Numerous dogs were in attendance on Thursday for Wisconsin Humane Society's groundbreaking ceremony for its new facility in Mount Pleasant.

A Big Red Dog has marked the spot for several months at the site of the Wisconsin Humane Society's future $5.9 million shelter at 16th and 90th streets in Mount Pleasant.