MADISON — Bars across southeast Wisconsin may be allowed to stay open until 4 a.m. during this summer’s Democratic National Convention in Milwaukee.

A bill currently working its way through the state Legislature would allow southern and southeastern Wisconsin restaurants and bars to operate under extended hours from July 13-17. The extra hours could be good for business, with 50,000 expected to attend the convention itself. But local bartenders are lukewarm on the idea.

“If other places wanted to do it that’s fine, but I think you’re just inviting trouble,” said Corey Szaryc, co-owner of Toad Hall, 611 Wisconsin Ave., in Downtown Racine. “As we always say: ‘There’s nothing good that happens after 1 a.m.’”

Szaryc also wasn’t excited about the idea of having to work until 4 a.m. Jacob Spiegelhoff, a bartender at the Pub on Wisconsin, 525 Wisconsin Ave., had a similar reaction.

“Four a.m. feels different than 2 a.m.,” Spiegelhoff said. But, “during the DNC, it would be pretty good for business.”

Backers of the extended hours say the temporary change would help bars and restaurants take advantage of late-night activity during the convention and bolster the gathering’s economic benefit to Wisconsin.

“The DNC (extended hours), it makes sense, it’s a no-brainer. It’s good for Wisconsin, it’s good for small businesses, not just for the Milwaukee area but for the extending towns and restaurants and whatnot,” said William Glass, the head of the Wisconsin Craft Beverage Coalition.

Even if the state legislation were to pass, local municipalities would have to pass legislation of their own to allow their local bars to stay open past 2 a.m. So, it is hypothetically possible for Racine to have longer hours, but Kenosha and Milwaukee bars could close at their normal time, or vice versa.

A City of Racine spokesman did not reply to a request for comment Friday.

The idea has been discussed since last spring.

But the current draft has come forward in the waning days of the current legislative session, as legislators prepare for a few more floor dates in February and potentially March before wrapping up their work.

The proposal isn’t cut and dry. In addition to allowing lengthened bar hours in more than a dozen counties — including Dane, Milwaukee, Kenosha and Racine — preliminary legislation also aims to require that wedding barns be licensed by the state, hours of operation at small breweries get cut, and alcohol permits be granted for State Fair Park and Road America.

Reaction to the complicated draft so far has been mixed, with some calling for a “clean bill” dealing solely with the DNC provision and others saying the loaded proposal is a “reasonable compromise.”

“Any time you deal with alcohol in the State of Wisconsin, there’s a lot of stakeholders,” state Rep. Rob Swearingen, R-Rhinelander, said Thursday. “Even though the DNC hours on its face alone seems like an easy fix or a quick fix, it opens up liquor laws.”

The major point of contention at the state level regarding the current bill deals with wedding barns, the privately owned establishments available to rent for a variety of events. The operations of these businesses have been heavily debated in Wisconsin over the past couple years as officials debate how to regulate them.

A draft of the bill shows wedding barns and other event venues would be subject to a $2,000 biennial permit fee, paid to the state Department of Revenue, and wouldn’t be able to stay open past midnight.

“We are putting, I would say, minimum regulation on these venues for the public’s interest,” he said.

Representatives from Wisconsin Institute for Law and Liberty, which has advocated for wedding barns to operate without alcohol licenses, said the group is reviewing the draft.

Local wedding barns are sure to be watching closely. Even though Gov. Tony Evers, under advisement from Attorney General Josh Kaul, said last March that he wouldn’t force wedding barns to get liquor licenses, The Farm at Dover, 26060 Washington Ave., Dover, still sought out getting a license, but has not yet gotten one yet.

Updated: The Farm at Dover looked into getting a liquor license, but has not yet gotten one as of February 2020. 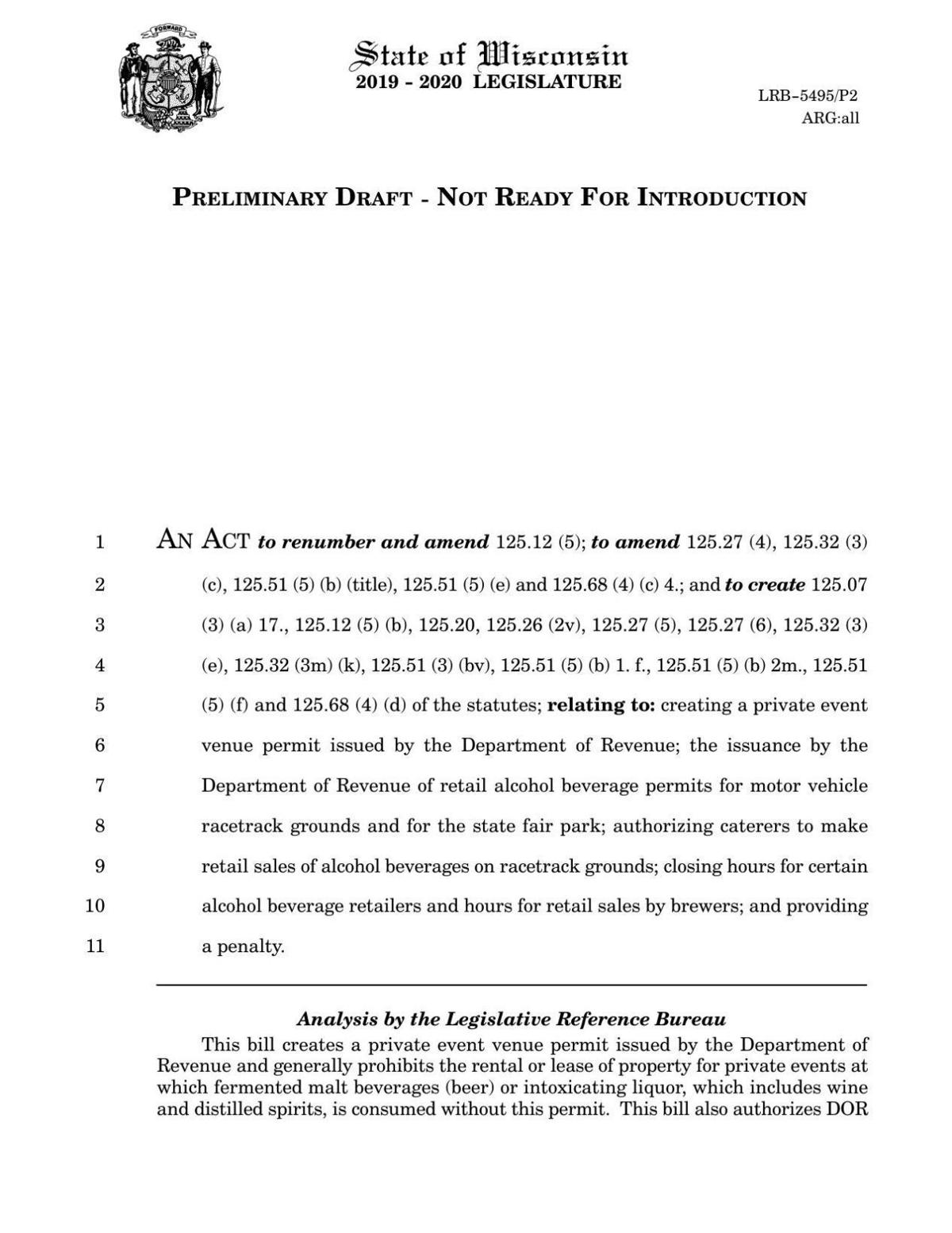 Smiling at the Fiserv

THAT'S where the name comes from

The MECCA is back

Get it in there

Keep your eyes on the ball game

Of horses and German cuisine

RACINE — Kringle connoisseurs will have an opportunity to try several different flavors of Belle City’s favorite pastry this Saturday, Dec. 8.

Bar close could be 4 a.m. statewide during DNC, according to advancing proposal

Assembly legislators on Thursday amended a bill seeking to set a 4 a.m. bar closing time during this summer's Democratic National Convention in Milwaukee. Expanding on the earlier proposal, the later closing time would apply to the whole state, not just southeastern Wisconsin.

This week is a key week for state legislators, who are taking up a number of bills. Among those could be a proposal to allow bars to stay open…

Assembly Speaker Robin Vos, R-Rochester, said Thursday the later bar time would be great for the state's economy and give Democrats, who he says are “clearly out of touch with reality,” a chance to grab a drink after they return to their hotels late at night.

Vos took particular aim at Sanders, the Vermont senator who won Wisconsin in 2016 and is among the front-runners in the Democratic presidential field this year. “There are a lot of people in the state, who once they hear him speak, are going to say ‘I need a drink,’” Vos said. 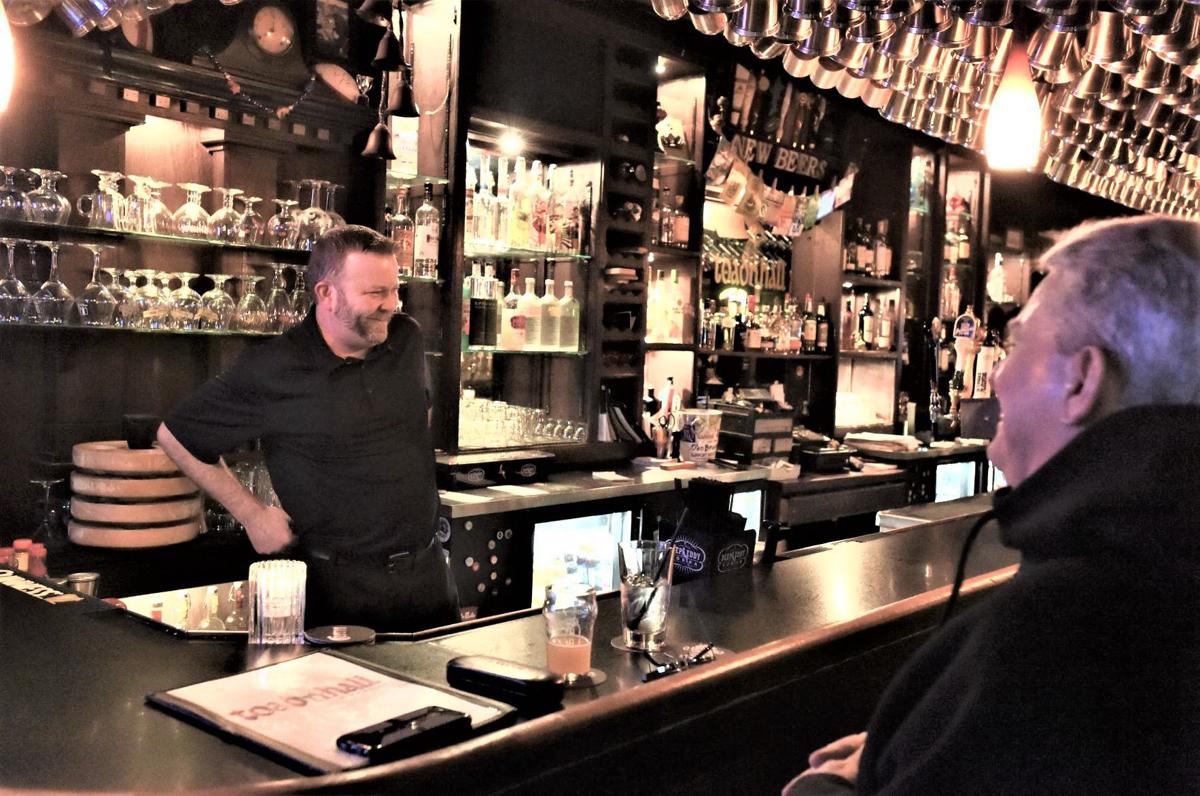 Corey Szaryc, left, shown here on Thursday, Jan. 30, 2020, at Toad Hall, 611 Wisconsin Ave., Racine, Wis., which he co-owns and tends bar on weekends, has no interest in staying open until 4 a.m. even if the state were to allow it. 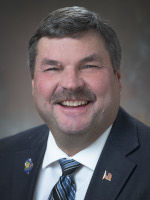