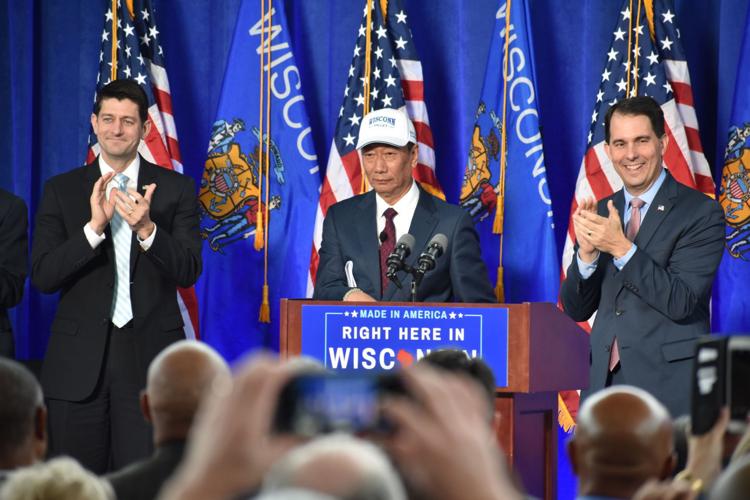 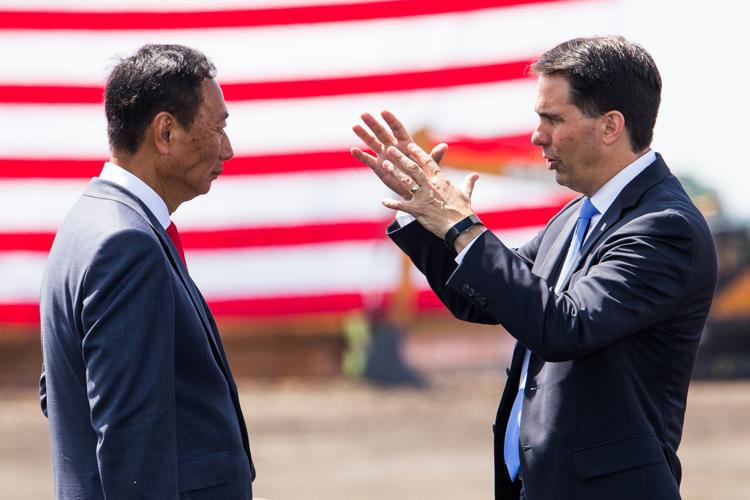 Foxconn Chairman and CEO Terry Gou and then Wisconsin Gov. Scott Walker speak before the Foxconn groundbreaking ceremony on June 28, 2018 in Mount Pleasant.

KENOSHA — Many Americans have heard the story of a billionaire businessman running for president, but one such race that has received international attention is taking place in a country with a population less than that of Texas.

Foxconn’s CEO and Chairman Terry Gou announced this week that he is stepping back from the day-to-day operations at Foxconn to run for president of Taiwan.

With the Foxconn Technology Group constructing a manufacturing campus in Mount Pleasant, along with buying up other buildings throughout the state, area residents are wondering what Gou’s presidential run could mean for Wisconsin.

Arthur Cyr, a Carthage College professor who specializes in political science and world business, believes that Gou running for president is still a long way away from him actually becoming president.

“Whether it’s Taiwan or the United States or lots of other places, success in business doesn’t necessarily translate into political success and vice versa,” Cyr said.

However, Cyr said if Gou did become president it might not change much with the Foxconn deal in Wisconsin.

“My guess is they will probably make sure that the investment here continues, more or less, on course,” Cyr said. “That’s my speculation, but I don’t believe that (the business activity) will be helped or hurt by whether or not he runs for president. If he became president he’d certainly have a lot more influence on the national stage.”

Cyr said the interest generated by Gou’s announcement shows how important Taiwan is on the global stage.

“It’s a small island geographically, it’s a small population compared to mainland China,” Cyr said. “But it’s an enormous high tech center, it’s an enormous financial center. A tremendous amount of capital that China needs for its industrial modernization is going through or is facilitated by Taiwan firms. And it shows just how important Taiwan is today economically.”

To become president, Gou would have to first win a primary in the Kuomintang Party, which Cyr said has history with the Republican Party in the U.S.

“The leaders of that party fled to Taiwan along with what was left of the nationalist Chinese army in 1949 when the communists took over the mainland,” Cyr said. “Ironically (the Kuomintang Party) tend to have good relations with mainland China. They don’t, in any way, advocate or emphasize independence from Beijing.”

Gou has visited Racine County twice, once for the Foxconn groundbreaking ceremony in 2018 with President Donald Trump and in 2017 to officially sign the agreement with then Gov. Scott Walker.

“Whether it’s Taiwan or the United States or lots of other places, success in business doesn’t necessarily translate into political success and vice versa.” Arthur Cyr, Clausen Distinguished Professor at Carthage College

“Whether it’s Taiwan or the United States or lots of other places, success in business doesn’t necessarily translate into political success and vice versa.”

Taiwan's main opposition party picked a pro-China populist mayor Monday as its candidate for the 2020 presidential race against an incumbent who often bashes Beijing.

RACINE COUNTY — Along with the swell of economic growth since the Great Recession, the Wisconsin population is growing too, although the rate …

Foxconn Chairman and CEO Terry Gou and then Wisconsin Gov. Scott Walker speak before the Foxconn groundbreaking ceremony on June 28, 2018 in Mount Pleasant. 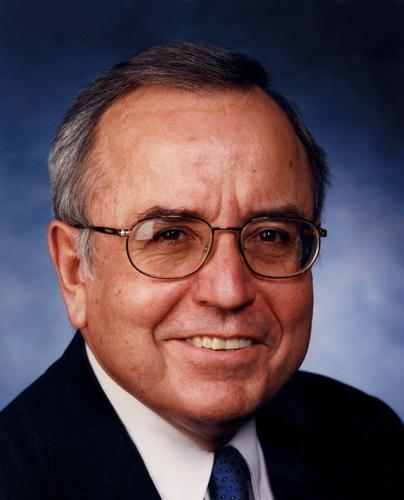 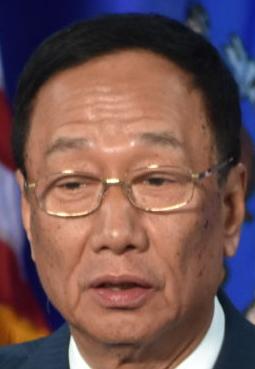