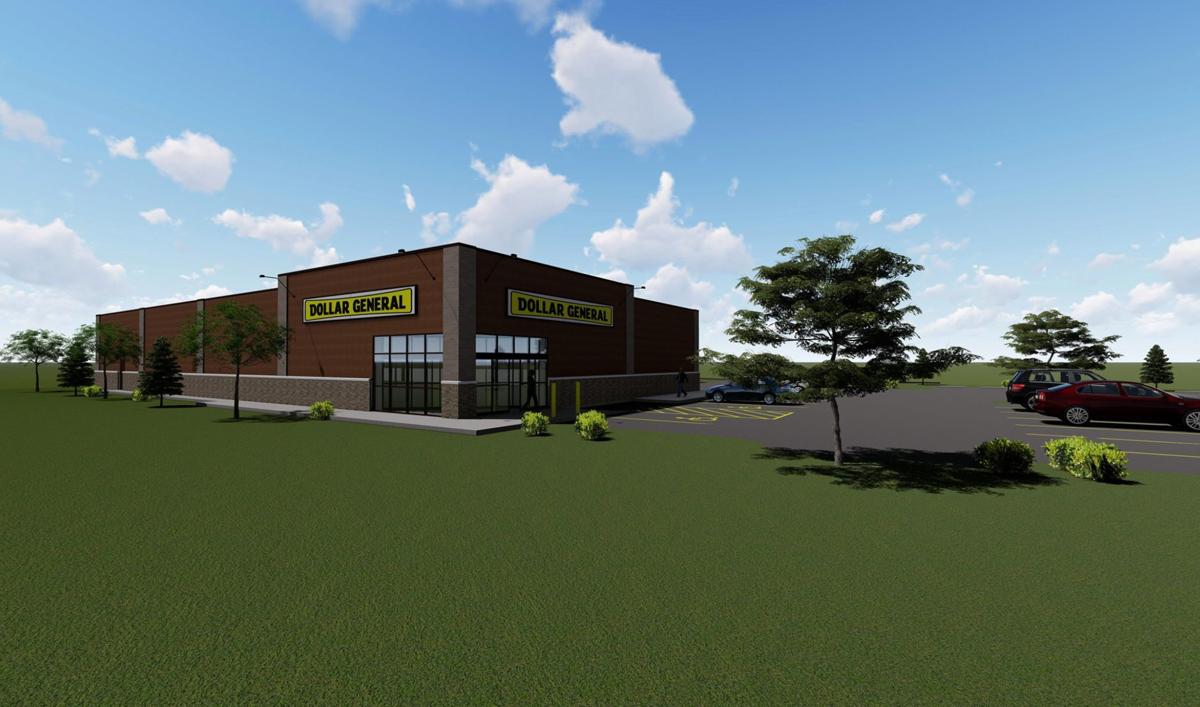 This rendering shows how the Dollar General, planned for near the intersection of Highway 36 and Sixth Street in Waterford, is envisioned. 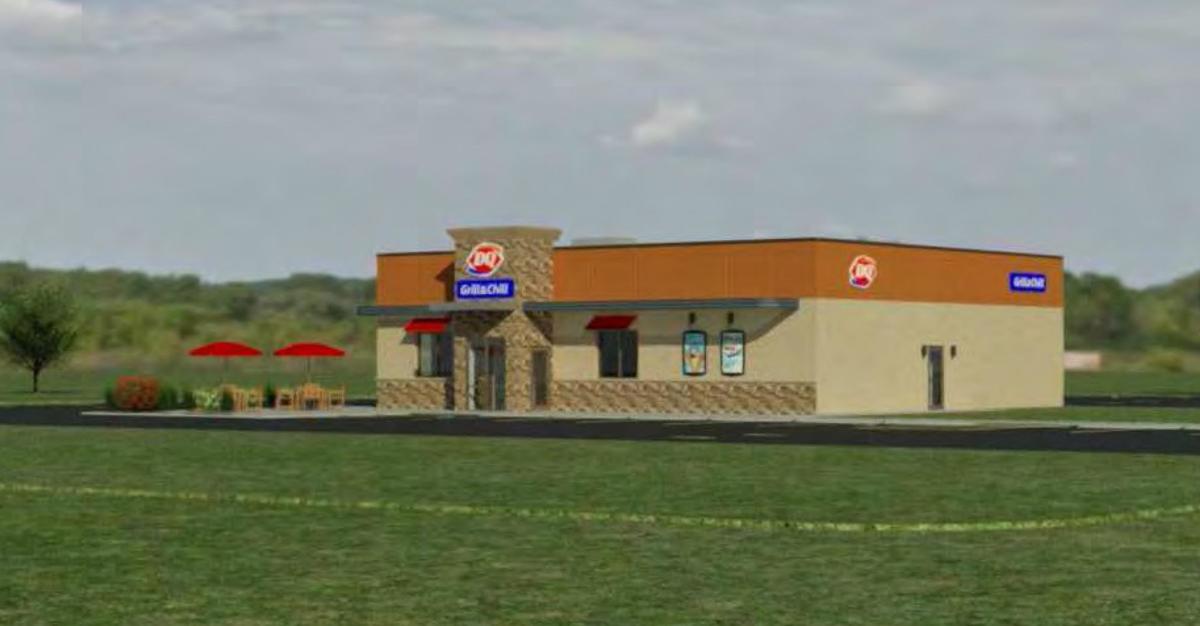 This rendering submitted to the Village of Waterford shows the future Dairy Queen Grill and Chill planned to be built on Sixth Street at Highway 36.

WATERFORD — The Village of Waterford is getting a new Dollar General store.

The Plan Commission gave its approval Wednesday for plans for the store at the intersection of Highway 36 (Milwaukee Avenue) and Sixth Street.

The plan is to extend Sixth Street southeast of the intersection to meet up with the store site and its parking lot.

But Plan Commissioners have concerns about signage on the proposed building, concerns that also came up later when they discussed signage on the Dairy Queen Grill and Chill planned for the same area.

Commissioner Eric Halbur asked if the store is going to get signs as big as the ones called for in the drawings. Village Administrator Zeke Jackson said the building is “triple-fronting” so the store will get more signage than some businesses, but that the signage plan conforms to village code.

However, Halbur didn’t like the lighting selection of the sign. Currently, plans call for the signs to have have two halogens inside.

The store is also getting a “monument sign,” one that sits freestanding away from the building. Halbur said he didn’t want to see too many monument signs go up in the village.

Halbur said he will fight the signage plan “ tooth and nail.”

“I don’t care if your sign is doing backflips around Bluemound Road, when you get 500 signs out there, you don’t see any of them.”

Bluemound Road is in Brookfield in Waukesha County and is heavily developed with commercial properties.

Halbur also thinks the Dollar General sign planned to be affixed to the store building is too big.

“You can see that from a mile and a half away,” he said. “There’s nothing else there, so I don’t know what we’re competing against at this point.”

Jackson said it’s possible that there could be more businesses going up across the street after Dollar General is built.

At the end of the meeting, Jackson brought up concerns raised about the Dairy Queen signage.

“This is one that I really just want the Planning Commission’s blessing on,” Jackson said.

Developers of the Dairy Queen, planned to be built next to the Equitable Bank on Trailview Crossing and just off Sixth Steeet, have proposed a sign that is a bit too tall in some people’s views.

The 25-foot tall sign was approved by the commission in the past. However, Jackson said there has been discussion in trying to get the height lowered. And Dairy Queen has agreed to make the sign 18 feet tall, which Jackson said is better.

Commissioners also talked about ways to control brightness of signs.

Halbur said that the American Power Equipment Inc. sign at 4144 Northwest Highway (Highway 83), a business located just outside the village in the Town of Waterford, is way too bright. “You can’t even read that sign, it’s so bright,” he said.

Other commissioners agreed, calling the sign terrible, obnoxious and dangerous.

“When I get around the curve when I’m going north on 83, and I get to that sign, I shut my headlights off at night and it guides me all the way out to Loland (Drive),” joked Houston.

Jackson said the village might not allow the Dairy Queen sign unless there’s photometric control, allowing the lumens to drop as the sun goes down.

The sign also can’t have motion or frames on it, animated graphics or act as a TV. However, the possibility of having changing slides every hour or every day was brought up.

Waterford could get Dollar General on Highway 36

WATERFORD — The village may be on its way to getting a Dollar General store along Highway 36, a development that would bring the first-ever do…

One person in Racine County, a man in his 70s, has died from complications related to COVID-19. It marks the first death caused by the novel coronavirus in the county, one of more than 35 deaths reported statewide.

RACINE — The City of Racine has awarded forgivable loans to 18 small businesses to help them sustain 59 jobs during the COVID-19 crisis.

A 23-year-old Gurnee, Ill., man may have been killed in a case of mistaken identity.

This rendering shows how the Dollar General, planned for near the intersection of Highway 36 and Sixth Street in Waterford, is envisioned.

This rendering submitted to the Village of Waterford shows the future Dairy Queen Grill and Chill planned to be built on Sixth Street at Highway 36.