MOUNT PLEASANT — Charles Haakma’s lawyer has released a 12-minute, 34-second police body camera video of the Aug. 15, 2017, altercation between Haakma and a Mount Pleasant Police officer in which Haakma allegedly punched the officer in the face.

In the video, Haakma, a former Mount Pleasant Village Board candidate, is seen yelling and cursing at Mount Pleasant Police officers. But before the alleged punch happens, the video turns to black as the body camera falls off Mount Pleasant Officer Christopher Huenink.

The Journal Times obtained the video after Racine County District Attorney Tricia Hanson denied two previous open records requests, one made in 2017 shortly after the incident occurred and another made Feb. 5 when Haakma took a plea deal.

In exchange for no-contest pleas to misdemeanor charges of obstructing an officer and disorderly conduct, the state dropped the charge of battery or threat to a law enforcement officer. Haakma is scheduled to be sentenced Tuesday morning. Hanson said in a Feb. 6 email that she would release the video 30 days after Haakma’s sentencing.

In an email Wednesday morning, Hanson explained that she doesn’t release evidence that could be brought forth in pending cases.

“The impact of public release could influence witnesses and potential jurors who may hear the case,” Hanson said.

She declined to comment on the Haakma case specifically.

Because of a 1991 state Supreme Court decision, closed prosecutorial files — such as evidence in a case a district attorney is prosecuting — are exempt from open records laws.

‘This is all on camera’

When the body camera video begins, Haakma is seen in his truck requesting access to his driveway just east of the intersection of Highway 31 and Spring Street, which was under construction throughout summer 2017. At the time Huenink was directing traffic after three car crashes occurred in quick succession at the intersection, and his squad car was partially blocking Haakma’s driveway.

“Enter the driveway,” Huenink says. Then he takes a step back from Haakma’s car.

“I don’t believe they (expletive) hired you,” Haakma says as he pulls into the driveway.

Huenink follows Haakma into the driveway and Haakma repeatedly says, “Get off my property.” Huenink calls for backup and tells Haakma he is under arrest.

“Don’t touch me,” Haakma shouts after Huenink instructs him to leave the vehicle.

Haakma again refuses to leave the vehicle, and Huenink reaches into Haakma’s truck to arrest him just over two minutes into the video. The two get into a scuffle, Huenink’s body camera falls off and the video goes black.

“Battery,” Huenink yells five seconds later. “He punched me in the face! Drag him out!”

While the screen is black, Haakma is heard yelling that police were “breaking my glasses” and “breaking my arm.”

It takes 34 seconds for Huenink to put his body camera back on.

As the video goes on, Haakma is heard continuously shouting in the background, accusing officers of stealing his wallet and calling them “the American Nazis.”

Huenink would later testify in a Jan. 9, 2018, preliminary hearing that Haakma punched him in the cheek and nose with a closed fist, court records show.

But a forensic investigation commissioned by Walter Stern, Haakma’s laywer, and reviewed by The Journal Times said the video is “visually useless” to prove the battery charge and argued that Huenink was not punched. Instead, the report argues, Huenink most likely hit his head on a grab bar in Haakma’s truck.

The forensic report, done by Elm Grove-based private investigator and author Daniel Storm, included pictures of a mark on Huenink’s left cheek compared to the grab bar in Haakma’s truck. The mark and grab bar were roughly the same size, Storm wrote in his report, and the shape “is not consistent with a fist.”

Further, Storm included in his report two pictures of Haakma’s hands taken by police the day of his arrest. The photos do not “note any abrasions or swelling, consistent with either of his hands striking the officer,” Storm wrote.

After being sent the study, interim MPPD Chief Matthew Soens wrote in an email Wednesday afternoon that the department stands by Huenink’s side of the story.

“We do not have any reason to question his account of the events that took place,” Soens said.

He declined to make Huenink available for an interview because the case is still pending.

‘You don’t have a right to resist’

The forensic investigation report said the case would have been winnable at trial. When asked why he did not take the case to trial, Stern said he thought it would have been a gamble to get Haakma acquitted on all charges.

But Stern said he was fairly certain he could get Haakma acquitted of the battery charge.

“Frankly, when you go to a jury trial, you’re leaving it up to 12 people, and they tend to side with the police officer,” Stern said. “… I suppose we could have rolled the dice, but I think from a law enforcement (standpoint), I think they could have done an awful lot better.”

Soens said Huenink handled the situation well and that if Haakma thought he was being treated unfairly, he could have later spoken with Huenink’s supervisor.

“Many times we see people in their worst possible moments which may, or may not be, indicative of their true self,” Soens said. “In this case, Mr. Haakma certainly seemed disproportionately agitated for what the situation warranted. … I thought our officer did a great job maintaining his composure after he was struck.”

Haakma did not return a call seeking comment Wednesday.

Find this story at www.journaltimes.com to watch the full video.

RACINE — A former Mount Pleasant Village Board candidate was sentenced to pay $3,000 in fines Tuesday for misdemeanor charges stemming from an…

Gas prices fall below $4 per gallon

Gas prices fall below $4 per gallon 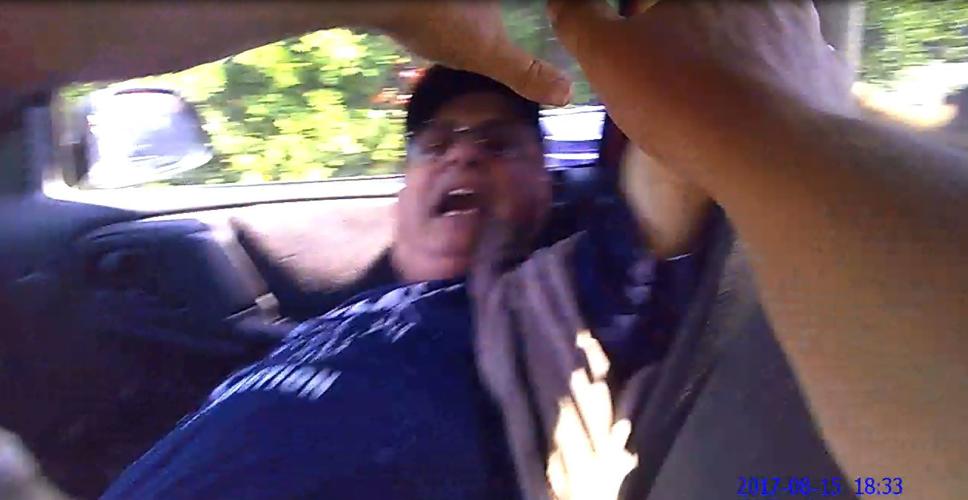 Charles Haakma, a former Mount Pleasant Village Board candidate, backs away from Mount Pleasant Police Officer Christopher Huenink in a screenshot from footage from an Aug. 15, 2017 body camera video. 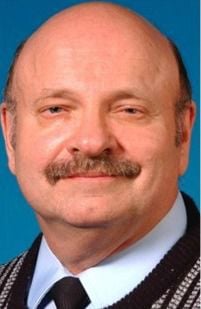