MADISON — Rock musician and gun rights advocate Ted Nugent joined Republican lawmakers at the state Capitol building Wednesday to advocate for a package of GOP-authored bills that would, among other measures, allow residents to carry a concealed firearm without a license and allow for firearms to be carried inside bars.

Nugent, an avid hunter, spoke alongside close to two dozen Republican lawmakers in the Assembly chamber in favor of the legislative package dubbed the Wisconsin Sporting Freedom Package, which proponents say is meant to simplify regulations and increase access to the state’s natural resources.

“Hunting is essential and any regulation that doesn’t deal with safety or science-based wildlife management is an obstacle to participation,” Nugent said, wearing a baseball cap and camouflage shirt in the Assembly chamber Wednesday. “When you’ve got a landmine field of regulations, people are quitting, people are not pursuing it and that precious wildlife resources goes from an asset … and it goes immediately into the liability column.”

The package of bills was unveiled last week and has been endorsed by Hunter Nation, a Kansas-based hunting organization that is suing the Wisconsin Department of Natural Resources for initially not allowing people to hunt wolves last winter. Nugent was named Hunter Nation’s national spokesperson this summer.

“We are in the process of reviewing these proposals,” Palmer said in an email. “Having said that, I can tell you that in the last two years, approximately 80 percent of the officer-involved shootings in Wisconsin have involved individuals that confronted officers with firearms, and this has been a consistently growing trend during the 10 years that we have collected data on these incidents. Given those statistics and the general increase in gun violence in the state, it is difficult to see how these proposals make Wisconsin safer for our communities or the officers that work to keep them safe.”

In a statement, Soens said: “I really don’t see any drastic effects resulting if these proposals materialize. We will enforce any new laws and/or changes to existing laws, to include consultation with the Racine County District Attorney’s Office when appropriate.”

Racine Police Chief Maurice Robinson and Waterford Police Chief Matt Johnson issued similar statements, saying they would enforce laws as they are written in consultation with the DA’s office.

While Hunter Nation’s founder, Keith Mark, said the package of 13 bills should be bipartisan, at least one of the proposals, which would allow Wisconsinites to carry a concealed firearm without a license or law enforcement identification card, is almost certainly headed for a veto by Democratic Gov. Tony Evers, who has pushed to increase firearm restrictions in the state, including universal background checks.

“In the state of Wisconsin, we allow you to open carry — you can strap up a 9mm pistol on your hip and you can walk down main street, but you can’t put a coat on,” Felzkowski said. “And we’re here to rectify that.”

Other components in the Felzkowski-Brooks bill would eliminate Wisconsin rules that prohibit the carrying of a firearm in certain buildings — including police stations, correction centers or secure mental facilities — but would allow individual facilities to prohibit firearms.

The bill also would remove the state’s ban on firearms in bars and taverns, but would allow individual business owners to prohibit guns in their establishments. Anyone carrying a firearm in a bar would not be allowed to consume alcohol under the bill.

The bill also would eliminate the state’s ban on loading a firearm in a vehicle — current law allows individuals to keep a loaded handgun in a vehicle — and would prohibit local governments from barring riders on public transit systems from carrying knives or firearms.

Evers’ office did not immediately respond to a request for comment on the bills Wednesday.

The package also includes legislation to require the DNR to authorize the hunting of sandhill cranes, which are currently a protected species, and administer a sandhill crane hunter education program.

“We want a balanced, healthy, thriving population of sandhill cranes in the asset column, not in the liability column — I recommend garlic and butter,” Nugent said when asked about hunting sandhill cranes.

The International Crane Foundation, based in Baraboo, has raised concerns with the proposal, which could harm the state’s crane population or pose a threat to whooping cranes, an endangered species the organization has worked to reintroduce to the state.

The Madison Audubon Society also has raised concerns over the bill.

Other bills in the package would simplify the state’s turkey hunting seasons and increase the number of pheasants and brook trout being stocked by DNR. Another proposed bill would require that, for each new rule the DNR implements relating to hunting, fishing or trapping, the department would need to repeal three existing rules in those categories.

DNR spokesperson Sarah Hoye said Wednesday the department is reviewing the legislative package and had no comment on the bills.

Nugent’s visit to Madison was met with criticism by some state Democrats, who pointed to his hunting violations in the past.

“It’s no wonder Republicans picked Ted Nugent as their spokesperson on this issue,” Sen. Jeff Smith, D-Brunswick, tweeted Wednesday. “Nugent’s track record for following the law while hunting is akin to having an election investigator who knows nothing about elections.”

Greta Neubauer, D-Racine, wrote in a message to The Journal Times: “Our concealed carry license system serves an important purpose. I have strong concerns regarding removing training requirements for people who want to carry concealed weapons in our community. I also find it concerning that this bill would legalize concealed weapons in places like police stations, corrections facilities, and secure mental health facilities — all without a license or training requirements.”

GALLERY: A day for the birds

A group of loons

Adam Rogan of The Journal Times and Chris Hubbuch of Lee Newspapers contributed to this report.

In 2023, Mount Pleasant's Campus Park is going to look quite a bit different than it did five years ago.

One of the operators said the Lake Andrea Beer Garden will be “more hip and trendy” than the Petrifying Springs Park Biergarten, which has a more traditional German style.

This Day in History: The Washington Monument is completed

The Bordeaux region, in crisis, calls for help to pull out vines

The Bordeaux region, in crisis, calls for help to pull out vines

Shocking royal family interviews that changed the course of ‘The Firm’

Shocking royal family interviews that changed the course of ‘The Firm’ 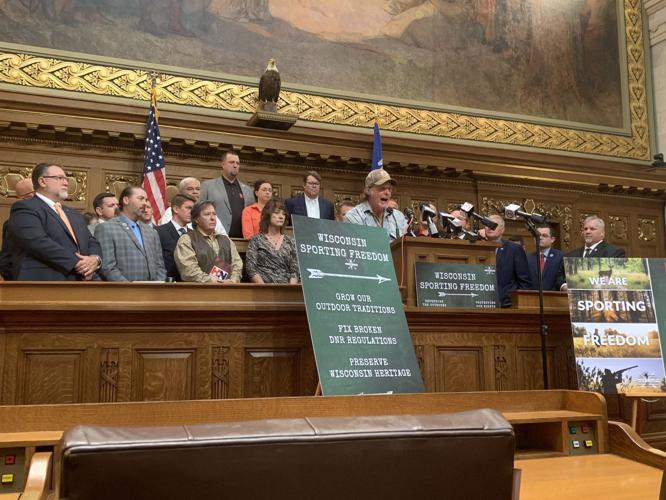 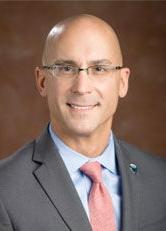 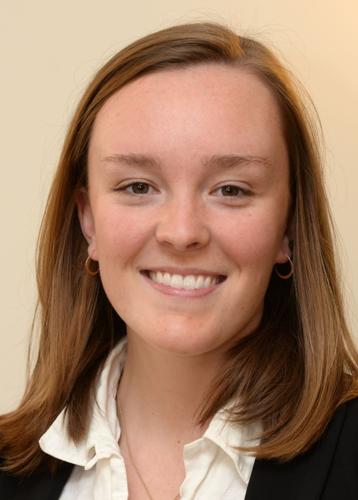 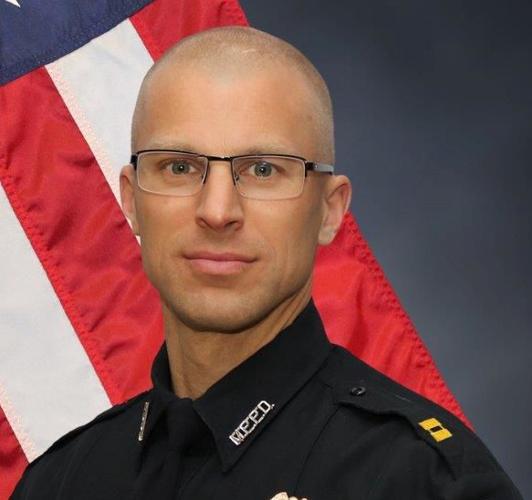