Liz and Richard Uihlein have a candidate to back, or so it appears, and Kevin Nicholson is that candidate.

He’s a Wisconsin native and a Marine Corps veteran who saw combat in Iraq and Afghanistan from 2007-09. He also has master’s degrees from the Kennedy School of Government at Harvard University and from Dartmouth University’s Tuck School of Business in public and business administration. His website calls him a “businessman and volunteer president,” as well as being a father of three who lives in Delafield.

In recent weeks, he’s been on speaking tours around the state and appearing in advertisements showing his opposition to critical race theory and universal basic income, while also talking up his love for the country he fought for, talking about having been a Democrat in college but then turning away from that party after the Clinton era, and hitting other conservative talking points.

This year, Nicholson is taking politics in an unusual manner; WTMJ-TV deemed Nicholson “a candidate in waiting.” He has announced that he plans to run for some kind of state office in 2022, but hasn’t picked a race yet. All the while, he’s been elevating his image with support from the Uihleins, Lake Forest, Illinois, residents who also have a home in Manitowish Waters and are among the most influential people in southeastern Wisconsin.

The Uihleins are among the biggest donors to conservatives and conservative causes in the United States.

Liz and Richard “Dick” Uihlein own the $5.8 billion Uline shipping and business-supply company. Dick Uihlein is an heir to the Schlitz brewing fortune.

In 2018, the New York Times dubbed them “The Most Powerful Conservative Couple You’ve Never Heard Of” and released a video about their donations entitled “The Republican Power Couple Helping to Shape the 2018 Midterm.” The Times drew the conclusion that the couple is set on pushing the Republican Party “further to the right” with the candidates they support.

Politico called Dick Uihlein “one of the most prolific GOP donors of the 2018 election cycle.”

Within the 2020 election cycle, of all individuals and organizations spending money to support political efforts across the country, Dick Uihlein was the fifth-biggest spender, according to the transparency nonprofit OpenSecrets, having given a little more than $65 million to numerous conservative candidates, groups and causes in the U.S. In the 2018 cycle, a non-presidential election year, he placed fourth, having spent more than $37.7 million.

The Uihleins did not reply to a request for comment on this story.

Among the candidates the Uihleins backed in 2018 was a relative unknown: Nicholson. He’s never held political office and was little-known in Wisconsin prior to his unsuccessful, multimillion-dollar attempt to be elected to the U.S. Senate.

A reported $8 million from Dick Uihlein backing Nicholson in 2018 failed to get him beyond the primary. Republican voters went with Leah Vukmir, a nurse and former state legislator, in the primary. Vukmir lost to incumbent Democrat Tammy Baldwin by 11 percentage points in the general election.

After Nicholson’s primary loss, at least two groups that received money from Uihlein reportedly did give money to Vukmir.

Should Nicholson throw his hat into the ring to face off against former Lt. Gov. Rebecca Kleefisch for the Republican gubernatorial nomination in 2022, or instead aim to replace Ron Johnson in the U.S. Senate should he not seek re-election, Nicholson probably has a shot.

Not only has Nicholson been shaking hands across Wisconsin and increasing his name recognition more than a year before the general election, but the Uihleins like him, and their multibillionaire influence can’t be understated. Uline employs about 7,000 people, about 3,000 of whom work in Kenosha County.

Considering what happened in 2018, however, it’s possible the Uihleins would throw their support to Kleefisch, the presumed front-runner for the gubernatorial nomination, or some other conservative candidate who were to defeat Nicholson in a primary.

Republicans, in their quest to unseat Gov. Tony Evers next year, have made the Uihleins’ home base of Kenosha County a key battleground. Several candidates, elected officials and conservative operatives have issued statements, advertisements and videos condemning Evers’ response to riots in Kenosha in August 2020 after a white Kenosha police officer shot a black man, Jacob Blake.

Evers has maintained that he fulfilled every request local law enforcement made for state aid, particularly via the National Guard deployment.

Conservatives have alleged that the first-term Democratic governor “inflamed” riots by issuing a statement the day of the shooting that said, in part, “what we know for certain is that he is not the first Black man or person to have been shot or injured or mercilessly killed at the hands of individuals in law enforcement in our state or our country.”

Rusten Sheskey, the officer who shot Blake, has been cleared of criminal wrongdoing.

No Better Friend defends itself

Dick Uihlein is on the board of No Better Friend Corp. That nonprofit also launched a $1.5 million ad buy earlier this month, in which Nicholson says “The world is a mess” and lists what he and his nonprofit support: among them being “pro-police” and “anti-critical race theory,” as well as opposing abortion.

As a nonprofit, No Better Friend Corp. is not legally required to release donation information as a political candidate would, even if it is promoting an individual who eventually runs for office. Kleefisch did something similar with her 1848 Project nonprofit prior to her formally announcing she was running to unseat Evers.

On Thursday, the Democratic Party of Wisconsin filed a complaint with the Internal Revenue Service, alleging that: “By running his campaign through a nonprofit, Nicholson is avoiding paying taxes, disclosing his wealthy donors, and the scrutiny that typically comes from being an announced candidate.”

Earlier this year, a similar complaint was filed by Democrats against Kleefisch regarding the 1848 Project.

One dead in fatal shooting on Racine's north side

21-year-old shot and killed his friend in Racine while playing with a loaded revolver, charges say

The homicide that occurred Tuesday night on Racine’s north side was reported to be accidental.

A 21-year-old has been accused of stealing a car and then crashing it into a garbage can, street sign and building while fleeing police.

A motorcycle driver died Thursday from injuries in a box truck crash, the Mount Pleasant Police Department reported in a news release.

Watch now: Take a 60 second ride on the Skyglider at State Fair Park

Watch now: Take a 60 second ride on the Skyglider at State Fair Park

Watch now: The Milk House at the Wisconsin State Fair

Watch now: The Milk House at the Wisconsin State Fair 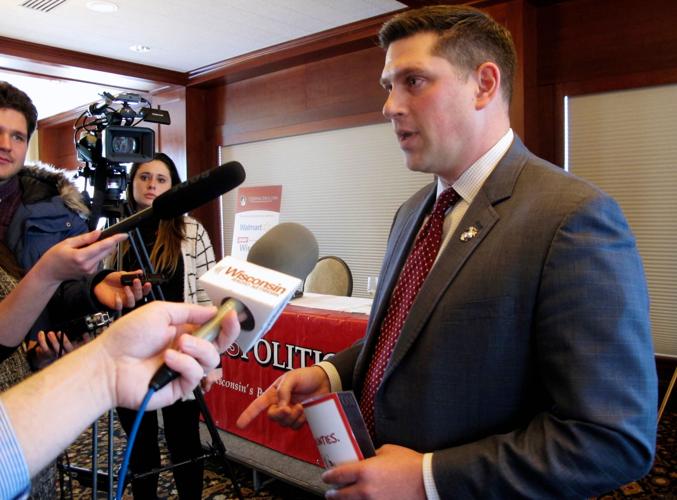 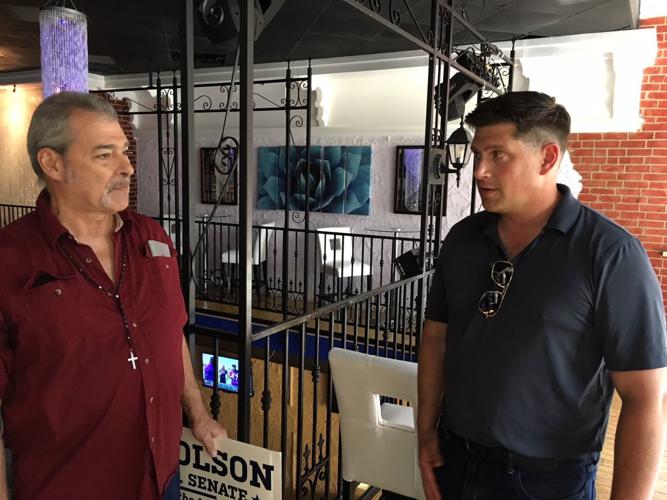 Kevin Nicholson, right, talks to supporter Will Lesnjak in summer 2018 at the Blue Agave restaurant in Madison. 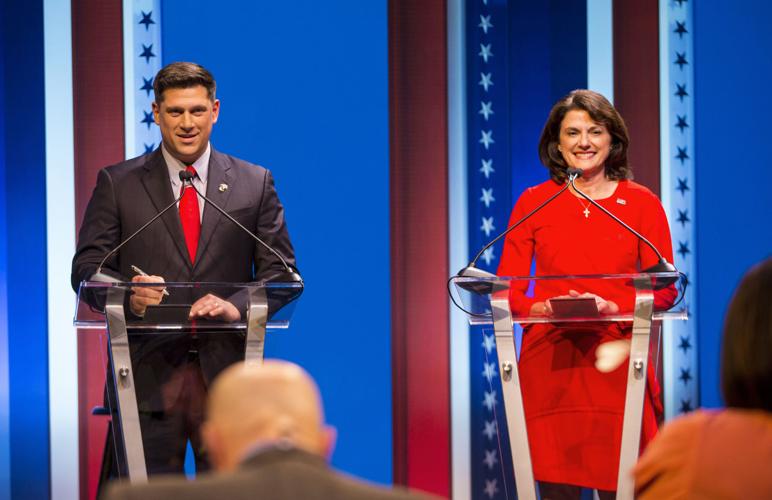 At the July 26, 2018, Leah Vukmir, right, and Kevin Nicholson debate in the Republican primary for U.S. Senate.

Richard "Dick" Uihlein speaks ahead of a speech from then-Vice President Mike Pence at a Pleasant Prairie ULINE warehouse on Oct. 23, 2019. 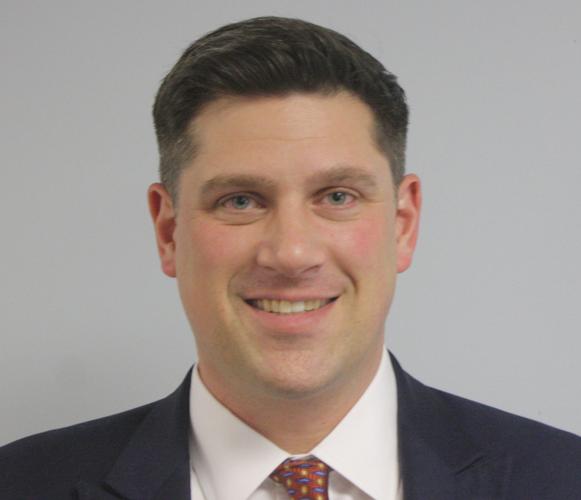 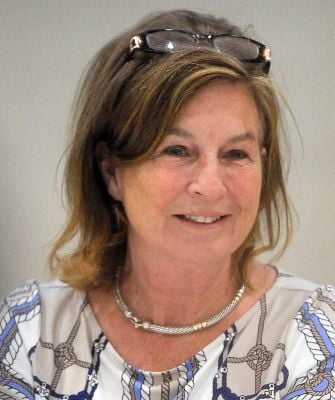 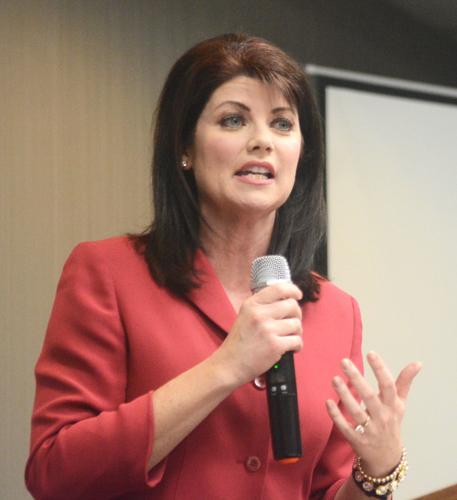