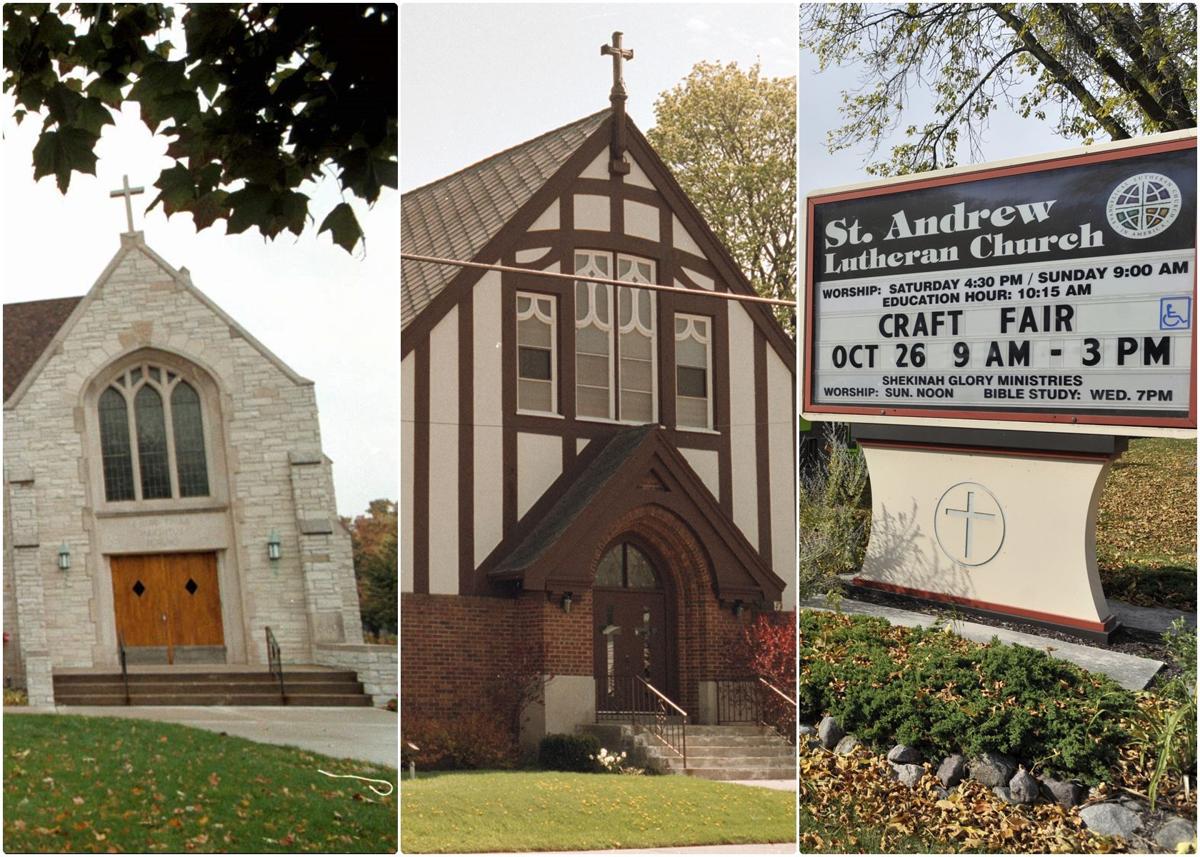 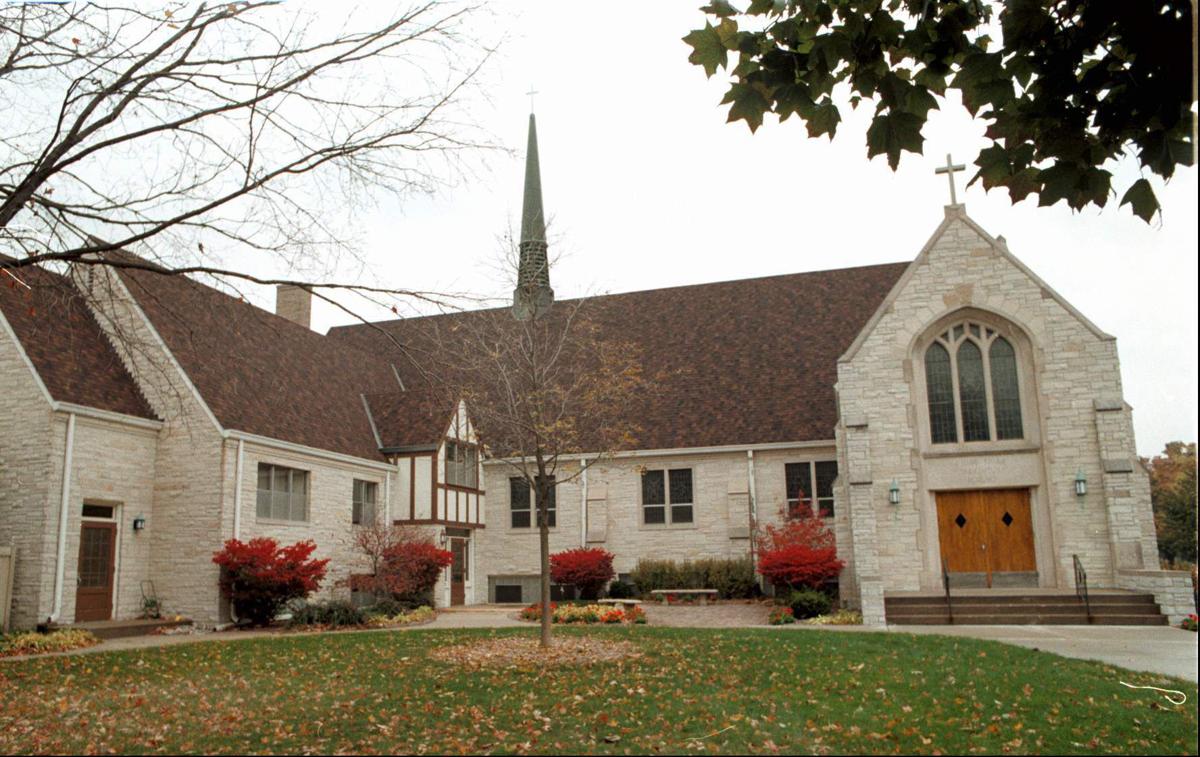 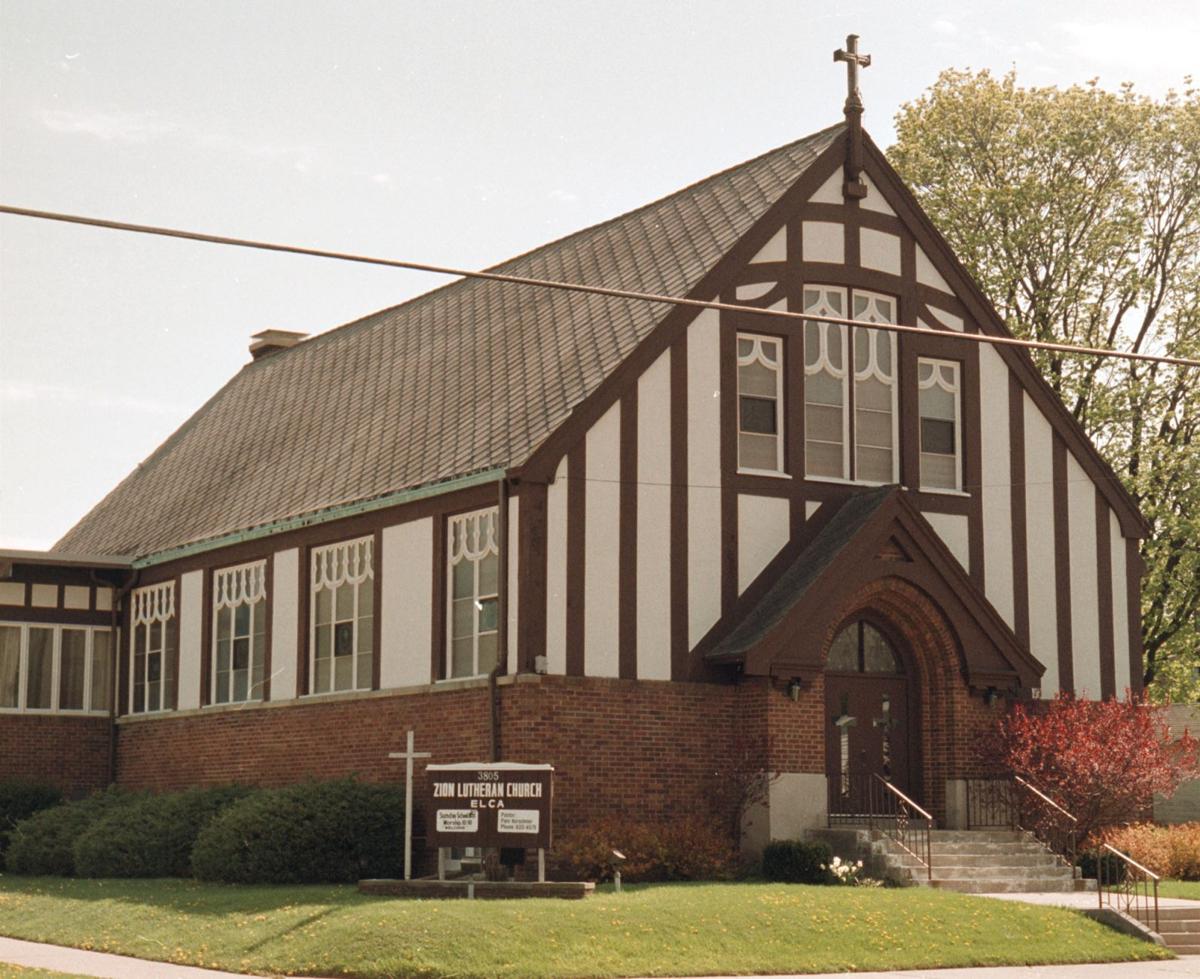 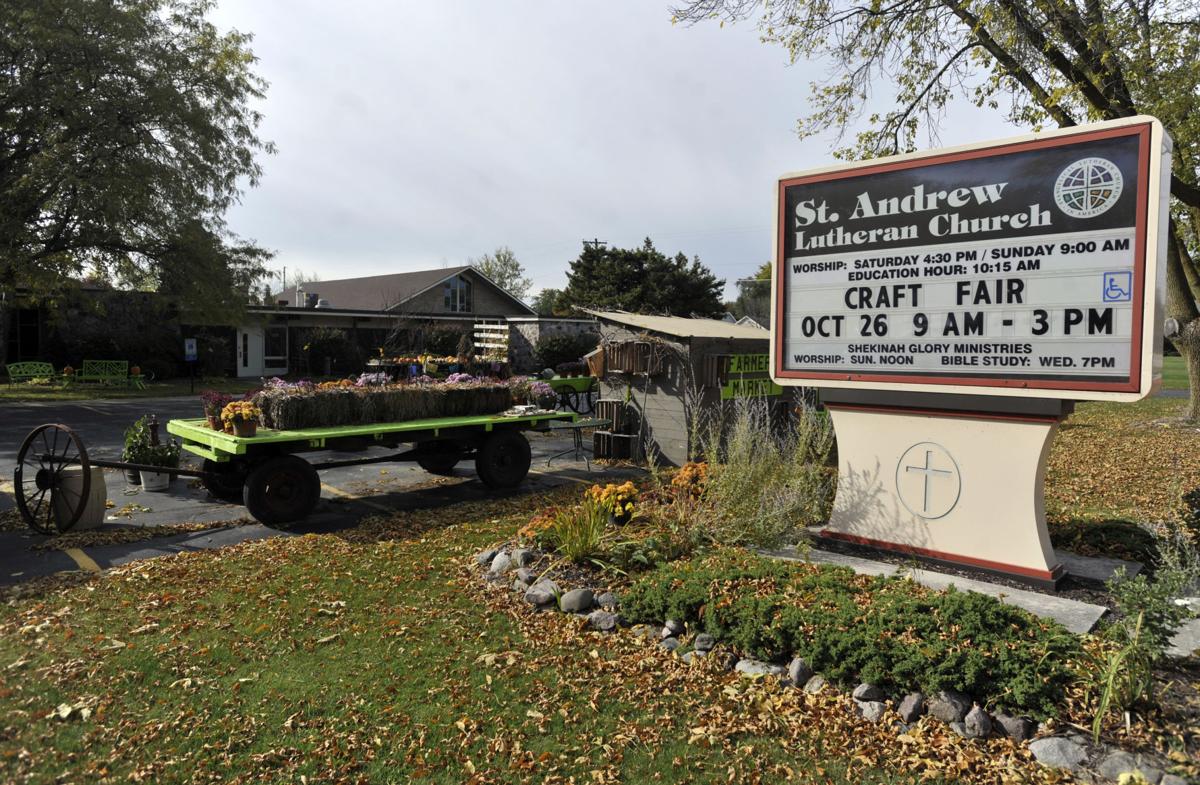 Members of St. Andrew Lutheran Church (shown above), St. Paul’s Lutheran Church and Zion Lutheran Church voted on April 30 to consolidate, with more than 90 percent voting in favor of the proposal. And their new congregation will hold its first worship service at 10:45 a.m. Sunday, June 4, at Trinity United Methodist Church, 3825 Erie St.

RACINE — Members of three Lutheran churches on Racine’s north side have been working together for a little more than a year to develop a plan for the future of their mission. And, on April 30, they will vote to finalize those plans to form one new, combined Lutheran congregation to carry out that mission.

These congregations — like some other mainline churches in and around Racine — have experienced decreasing membership, lower worship attendance and greater financial burdens in recent years.

At the time they came together, all three were served by half-time pastors and found themselves in “buildings that no longer meet the needs to continue doing the ministry we hear God calling us to do,” according to the mission plan for the consolidation. “It is clear something new and different needs to be done in order to continue providing viable ministries in the community,” the plan reads.

The idea for what that “something new and different” could be grew out of a December 2015 conversation between the Rev. John Bischoff, who serves both Zion and St. Paul’s churches, and the Rev. Michael Mueller, who was then pastor at St. Andrew (he recently left to be the full-time organizer of the Racine Interfaith Coalition), about the future of their congregations.

“Rev. Mueller knew I was looking at combing Zion and St. Paul’s, and that led us to ask the question ‘What can we do together?’ ” Bischoff said.

Soon after, the two pastors brought their congregations together for a joint Christmas Eve service and it drew more than 100 people to worship. Such a number seemed encouraging to congregations whose average worship attendance had dipped to 40 people or fewer.

“We could see something special was going on here,” Bischoff said. “And we all agreed to enter into a conversation about what type of future was possible, with all of us working together.”

The three congregations formed a mission team to investigate what a new, combined mission would look like and how they might be able to accomplish that mission. Team members — two from each congregation plus the pastors — met frequently from February through October 2016, and developed a proposed mission plan.

On October 30, all of the congregations voted to approve the plan, and that set into motion the process of the legal consolidation into one congregation, Bischoff said.

Three members of each church were chosen to be joint commissioners and their job is to oversee the work of creating a new constitution and by-laws, and the creation of a new legal entity in accordance with Evangelical Lutheran Church in America (ELCA) guidelines, and state and local laws.

Part of the mission strategy is to sell all three church buildings and use the assets from those sales to carry out the new congregation’s ministry. The goal is to find a neutral space for their new home, where everyone can worship together without any one group feeling ownership, Bischoff said.

They have been invited to share space with Trinity United Methodist Church, 3825 Erie St., where they would have their own office and program spaces, and share the sanctuary with Trinity’s congregation, with separate worships times, according to the Rev. Don Francis, pastor at Trinity.

Francis said when he extended the invitation, he envisioned the collaboration as “a synergistic gathering of similarly-minded Christian people.” His congregation and the Lutheran congregations have worked together in the past through ministries including the North Side Food Pantry and National Night Out, as well as in joint worship, he said.

While Trinity and Racine’s new Lutheran congregation would still be separate entities, there is a full communion relationship between United Methodists and ELCA Lutherans, he said. “So, if some of the people from their congregation wanted to worship at our time, and vice versa, it would not be a problem.”

Moving to a new space, such as Trinity, will also increase handicapped accessibility for members, which was not available at some of the previous three churches, Bischoff explained.

“We had a worship service in the new space with all three congregations on March 26 so that everyone could see what it would look and feel like,” he said. “It was a powerful worship service.”

And, assuming that the vote goes through on April 30, the new congregation hopes to hold its first official service in that new space on June 4.

The overall process of consolidation is a complicated one, said Bischoff, whose intention is to remain as the new congregation’s pastor. And the biggest difficulty throughout the process has been dealing with the emotional response to the need to merge.

Members of all three congregations feel a deep attachment to their own church, with some having generations of family worshiping at the same location, including those who helped build the churches, he said. “There has been a lot of personal emotion with this. It has not been an easy ride.”

Still, the process has gone as well as can be expected, Bischoff said. And, the need to consolidate is real.

“If these congregations don’t do this, all of them would likely close in one or two years,” he said.

Jan Kasbeer, a member of the St. Andrew congregation who is one of the new group’s joint commissioners, said she is excited about the consolidation because she thinks it will mean that the congregation will be able to do more outreach — something that was not always possible as membership declined.

Outreach is one of the key values stated in the new congregation’s mission plan. And Bischoff said the hope is that by combining their assets, the new congregation will be able to call a second pastor, one whose focus will be on outreach — especially reaching out to youth, young families and “all those who we don’t see in church.”

The consolidation effort by three, northside Racine ELCA churches follows mergers of other area churches. In January 2016, Emmaus Lutheran Church, 1925 Summit Ave., merged with the Latino congregation that was using its building for worship, Parroquia Emaus, to form Emaus ELCA. And, when Gethsemane Lutheran Church, 3319 Washington Ave., merged with Emmanuel Lutheran Church, 725 High St., and formed the Journey in Faith Church last year, members voted to sell both buildings and look for a new worship location. Area Catholic churches, too, have merged, including the former Cristo Rey parish, on College Avenue, with St. Patrick Catholic Church, 1100 Erie St., in 2014.

“There has been a lot of personal emotion with this. It has not been an easy ride.”

Lee Roberts is the features writer for The Journal Times, covering a wide range of subjects, from the local arts scene to profiles of interesting people and places in our community. She is also a part-time page editor.

Jeff Charles Erickson was able to meet his first grandson, be at his daughter’s wedding and walk her down the aisle, all in 2019. He congratulated his third child, Jeremy, when he graduated college in 2018.

Even though Jeff was struggling with cancer over the past five years, the family was not prepared for his death, his daughter Brittany Erickson said.

Jeff had received a bone marrow transplant to help fight his lymphoblastic leukemia four years prior from his donor, Brittany Alana Cole. The last several years he was alive that were made possible because of the transplant were “very special,” Brittany Erickson said.

Brittany, Jeremy and their older brother Matthew lost two parental figures within eight days. Brittany and Matthew lost their mother Julie Oesau after she died of peritoneal cancer June 6. Then Jeff, father of all three, died on Monday from leukemia complications connected to his career as a Caledonia firefighter. He was 56.

Members of St. Andrew Lutheran Church (shown above), St. Paul’s Lutheran Church and Zion Lutheran Church voted on April 30 to consolidate, with more than 90 percent voting in favor of the proposal. And their new congregation will hold its first worship service at 10:45 a.m. Sunday, June 4, at Trinity United Methodist Church, 3825 Erie St.