YORKVILLE — You don’t have to worry about the Veteran of the Year award going to Richard “Dick” Vallin’s head.

“I’m deeply honored to accept this on behalf of all the veterans and everybody here,” said Vallin, a Racine native, who completed three combat tours of duty in Vietnam. “This is not just about me. This is about the troops.”

Vallin was one of 20 veterans from Wisconsin’s 1st Congressional District recognized by U.S. Rep. Bryan Steil, R-Wis., on Thursday at the Racine County Sheriff’s Office substation on Washington Avenue. Steil stated in his opening remarks that over 45,000 veterans call the Wisconsin 1st District home.

Vallin served in the U.S. Navy for 24 years where he said he learned one of the rules he’s lived by every since.

“Take care of the troops,” he said. “Because they’re what makes it go — not the top, but everybody on board the ship.”

Vallin said the greatest honor in his post-military career was when he was appointed by the assistant secretary of defense to serve as the Wisconsin state chairman of the Employer Support of the Guard and Reserve organization for three years. One of the biggest hurdles he had to tackle was to encourage employers to hire veterans.

“(Employers) don’t really know what the veterans have done on active duty,” he said. “Our veterans or people who go in the service are the best trained people in the world and they work super jobs in industry.”

Vallin has practiced what he preaches with his own business, Advanced Manufacturing Technologies, which does precision machining and assembly for companies such as GE Healthcare and Plexis Healthcare Systems.

“We always go out to the veterans first,” said Vallin. “We seek them out to hire them.”

Vallin was the director of the Racine County Harbor and Marina project, chaired the 440th Airlift Wing Community Counsel in Milwaukee and served for 20 years on the Milwaukee County War Memorial Board.

He has also volunteered his time at St. Catherine’s High School and at Roma Lodge, helping to organize the veteran’s events in 2013, 2016 and the Celebrate Veterans Day event coming up on Sunday.

Rick Bonanno is a co-organizer of the Roma Lodge veterans' event and nominated Vallin for the Veteran of the Year award.

“He’s had a long career in the military as well as in business and with everything else he’s done for the community, it’s so gratifying to see him get this award,” said Bonanno, who attended Thursday’s event.

“He doesn’t want the accolades, he doesn’t do things for the community for the reward for himself, he does it for the people that he’s serving. He’s a true measure of service.”

Steil in his speech said that he and his staff enjoyed going through the nominations and he hopes they can do it again next year.

Here are the other 1st District veterans recognized by Steil on Thursday:

Veterans of the Year nominations sought

Immigration, social security and tariffs among the top concerns at Steil listening session 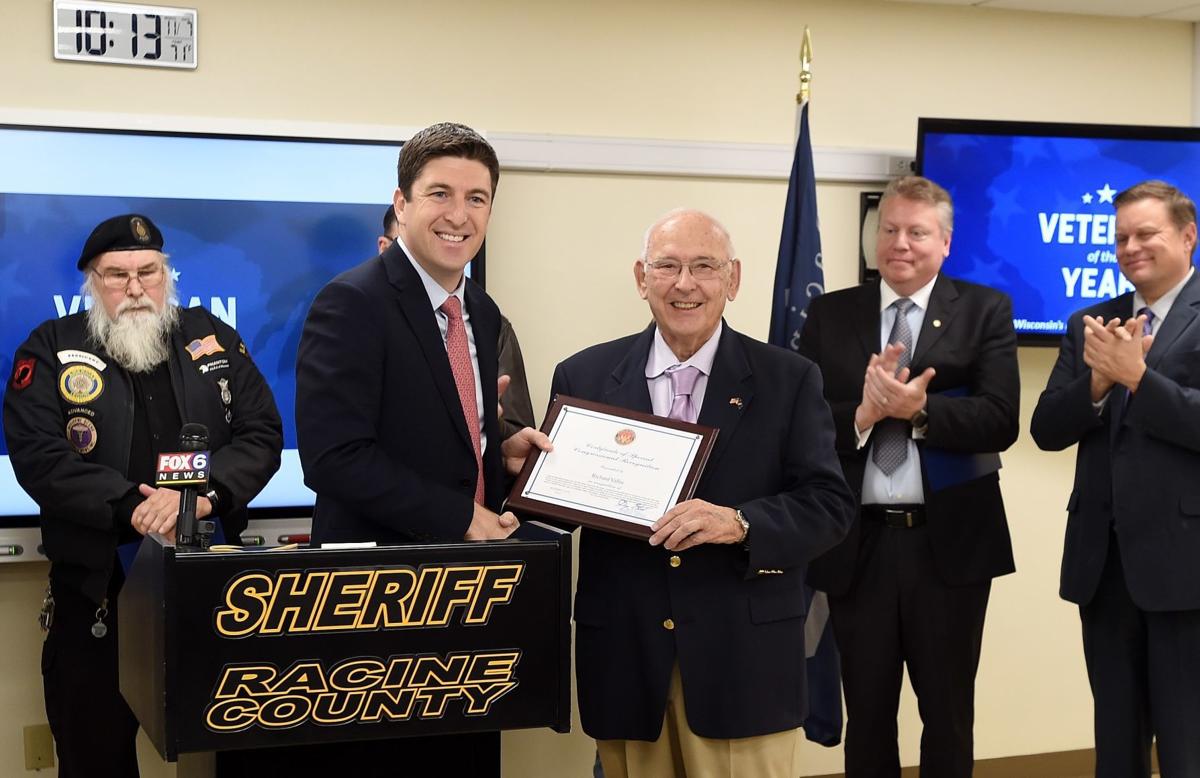 U.S. Rep. Bryan Steil, R-Wis., awards Richard "Dick" Vallin with the Veteran of the Year award on Thursday at the Racine County Sheriff's Office substation in Yorkville. Vallin is one of the organizers of Roma Lodge's Veterans Day event on Sunday. 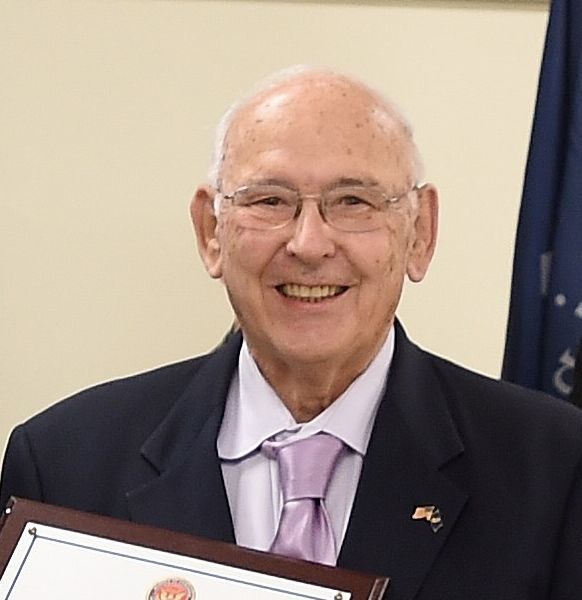