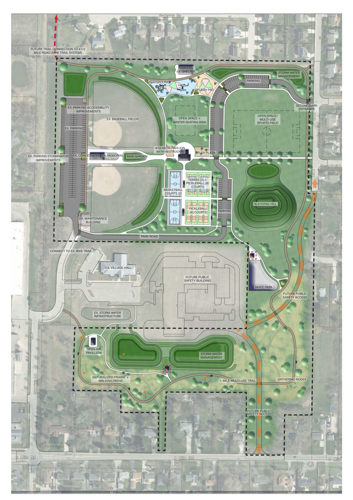 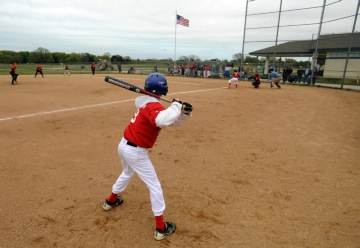 In this photo taken May 4, 2012, the Sturtevant Cardinals majors team plays versus the Nationals at Crawford Park in Caledonia.

CALEDONIA — A 20-year-old park in Caledonia is getting plenty of recreational upgrades, including a new skate park and splash pad, expected to cost the village more than $10 million.

The Village Board at its meeting Monday unanimously approved a resolution relating to a master plan for Crawford Park, which included upgrades of the skate park, splash pad, a sledding hill, open-air shelter with restrooms, multi-use sports field, court sports and ice skating rink.

The project, being split into three phases taking place over six or more years, is costing a grand total of $10,091,158.

“This has been in the works for a long time,” Trustee Fran Martin said. “To finally have something that actually is going to come to fruition is highly commendable.”

“It was a fun project,” said Trustee Holly McManus, who worked on the venture along with Development Director Peter Wagner.

According to village documents, Crawford Park, located at 5199 Chester Lane, was constructed in 2002 and is 17.9 acres. In 2019, the village acquired additional land next to the park and Village Hall for the future public safety building, which officially broke ground last week.

Once the public safety building footprint was established, the village has been pursuing development of the remaining 17 acres as parkland. However, before the village proceeded developing this area as parkland, the village wanted to establish a vision in which to develop the park.

The village hired MSA Professional Services to work with the village development director and the village’s Parks and Recreation Advisory Committee to create a design that enhances the facilities and uses in Crawford Park.

MSA Professional Services worked with the village utilizing a resident survey, public engagement events and staff/commission recommendations to create a master park plan that incorporates many of the elements that the community asked for in Crawford Park.

On Sept. 26, the Parks and Recreation Advisory Committee and the Plan Commission reviewed and approved the master park plan as presented.

The current park hosts a variety of recreational amenities, playgrounds and walking trails. However, many of the existing equipment is facing its useful lifetime limit and storm water has become a major issue, according to a memo from MSA. Access to recreational uses was reported as “cumbersome” to some community members.

Improvements to Crawford Park will maintain the layout of existing baseball diamonds and associated parking with improvements to accessibility, stormwater management and grading the centralized recreation area, according to village documents.

The recreation area is to include court sports (tennis, pickleball and basketball), a new four-season shelter with plaza space, updates to existing playgrounds and shelter, splash pad and associated parking and trails.

The east area of the park is to focus on open recreation: a multi-use sports field, a sledding hill, passive recreation areas and a skate park.

The south area of the park will include the restoration of farm fields into a native prairie space, with recreational walking/running trails, rentable shelters and gathering spaces throughout.

Analysis of the existing park conditions and the proposed master plan, conducted during the summer of 2022, helped provide a phasing schedule for the village based on priorities. The prioritization schedule can be modified based on budgetary needs.

The first phase is initial rough grading of site and stormwater improvements, site restoration with turf grass and native prairie areas, updating the playground, installing court sports and initial parking. This phase is recommended by MSA to take place in 0-3 years.

An “ongoing priority” is the sledding hill, tree plantings, sculptures and/or workout stations, donor benches and areas of screening/landscaping improvements as needed, MSA said in the memo.

Fun at Pritchard Park, in photos

Her family has always been supportive of her dancing, but nobody in her support system was as loud and proud of her as her stepfather, Da’Shontay King.

Six months out from hearing about her stepfather's death in a police shooting, and surviving his funeral that ended in gunfire, Brown still remembers the man who wanted her to keep dancing.

New 'invisible fiber' will change the way we eat food

In this photo taken May 4, 2012, the Sturtevant Cardinals majors team plays versus the Nationals at Crawford Park in Caledonia. 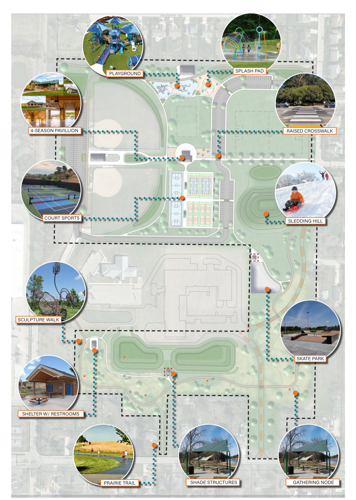 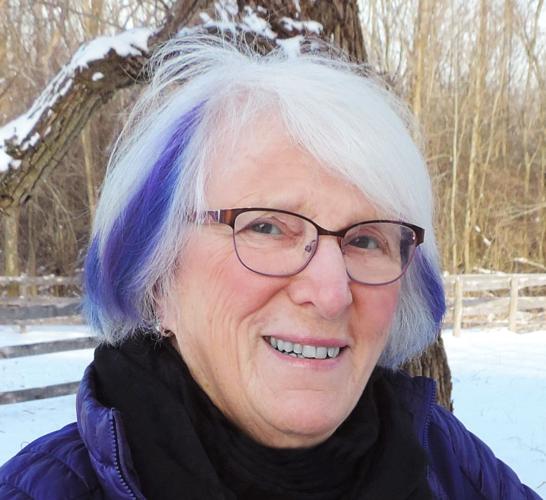 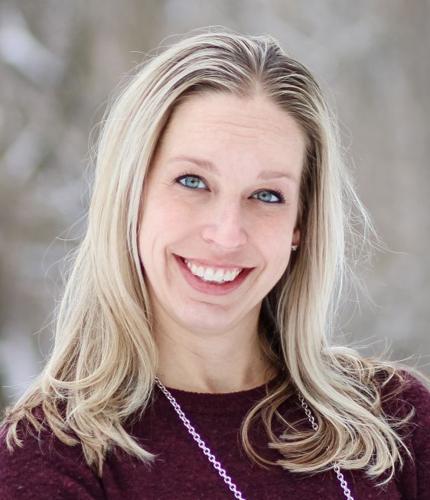