Become a Member
Read Today's E-edition
Share This
They left corporate jobs to paint walls for a paw-sitive cause; meet the owners of Racine's Swatch Dog Painting
0 Comments
Share this
Diana Panuncial

It’s a play on words for their new painting business, Swatch Dog Painting. It means being a watchdog on themselves and their practice, ensuring they’re doing good work, and also being a watchdog for their customers, who they want the best for.

Oh, and they love dogs, too. With their mission of donating to and helping out charitable and non-profit organizations benefitting animals, the clever name booped them right on the nose.

Swatch Dog Painting was opened in mid-2021 by owners Baker and Vance, a Mount Pleasant couple who have known each other since middle school.

Before officially owning a business together, the pair were independent contractors who began painting full time in 2018.

They left jobs in the corporate world to start working for themselves. Baker wore many hats in sales, customer service and marketing, and Vance worked in communications, marketing and special events.

“I didn’t want to sit at a desk,” Vance said. “It just gets too monotonous.”

“I never saw myself being a painter … One day, I had a job I didn’t like, and the very next day, I started painting with one of my brothers,” Baker said. “From there it just kind of spiraled into, ‘This is what we do now’ … and we love doing it.”

Baker comes from a family of painters; his brothers each own a painting business of their own, TrueColor Painters and Color Me Painting. They helped the couple get started in the industry.

Vance said being able to work for herself has made her feel independent, and in turn, fulfilled. “It’s on us … the harder you work and the more you put into it, the more rewarding it is.”

Most recently, the pair volunteered to paint the lobby at Woof Gang Rescue — a non-profit all-volunteer dog rescue in Racine located at 1906 Melvin Avenue — as their kick-off to working closely with other local organizations.

Jodie Hoffmann-Ruffalo, executive director of Woof Gang, said she received an email from Swatch Dog one day offering to paint the lobby for them out of the blue.

“I’ve never heard of them before … but now if someone asks them where they can adopt a dog, they’ll say Woof Gang Rescue, or if someone asks me if I know anyone who can paint, I’ll say Swatch Dog Painting,” Hoffmann-Ruffalo said.

She added that as a small business owner, it’s harder to compete with larger corporations, which is why it’s important to stay connected as fellow small businesses. “It’s nice to know that people are willing to give back.”

The pair chose to advocate for animal shelters and organizations because they have always loved dogs. A few years ago, they adopted a “dog son” of their own; Huck, a Pitbull, German Shepherd, Husky and Border Collie mix.

As they get their paws in the door of the painting industry, Baker and Vance hope to continue giving back and set an example for other businesses, local and large, to participate in their communities.

“We want to make as big of a positive impact on our own community, in our own backyard, as possible,” Baker said.

Vance continued, “We want to do more than what’s expected and encourage other companies, other businesses to do the same.”

Peeking out to say thank you

Rounding up the volunteers

Swatch Dog Painting offers interior and exterior painting and staining for commercial and residential purposes. For more information on how to get a free quote or what organizations Swatch Dog supports, visit swatchdogpainting.com or facebook.com/swatchdogpainting. 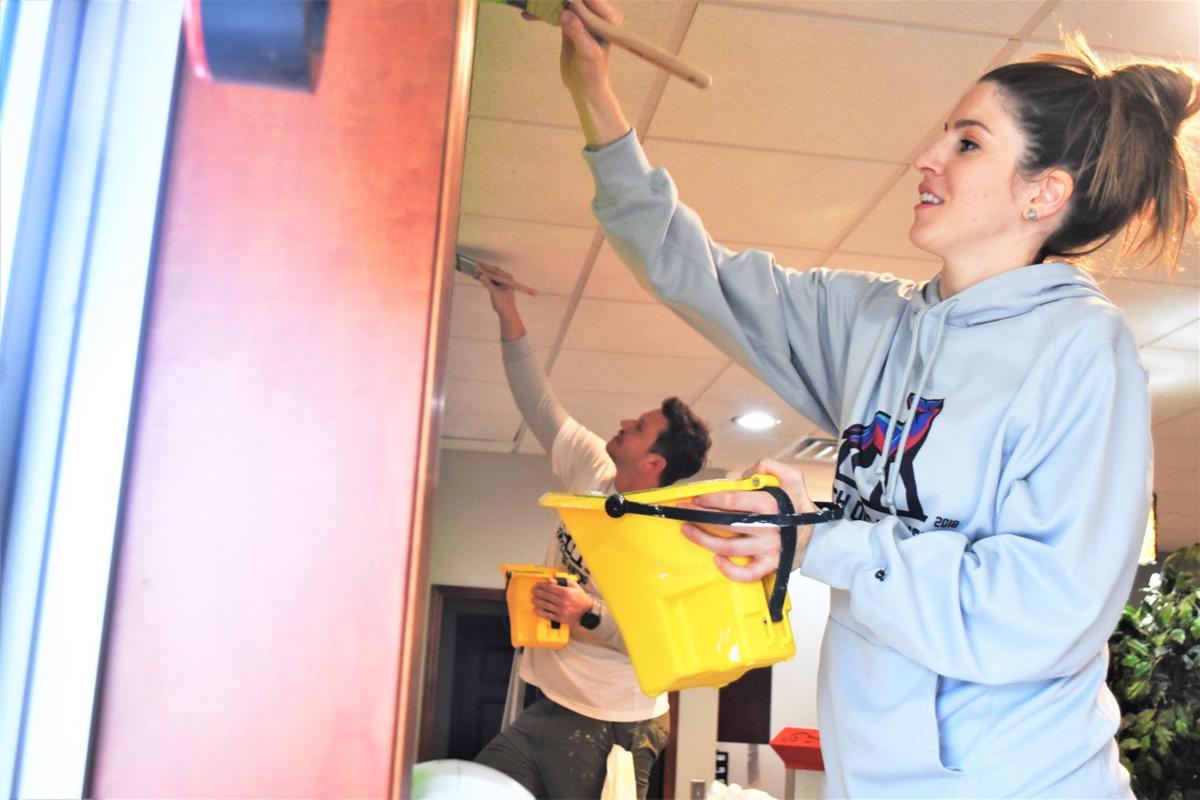 Ashley Vance, front, and Chris Baker paint a wall in the lobby of Woof Gang Rescue, 1906 Melvin Ave., on Thursday. Vance and Baker are the owners of Swatch Dog Painting, a new painting business that opened in the summer with a mission to give back to charity and non-profit organizations benefitting animals. 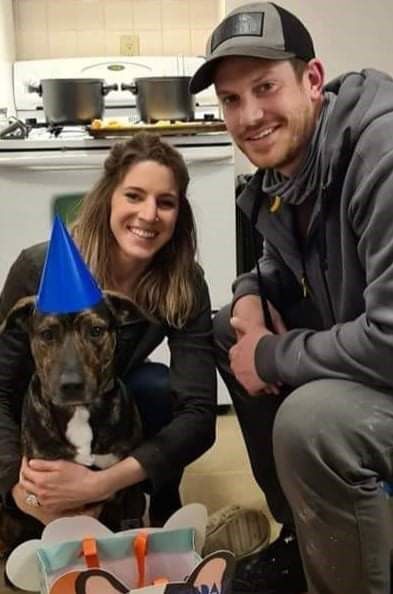 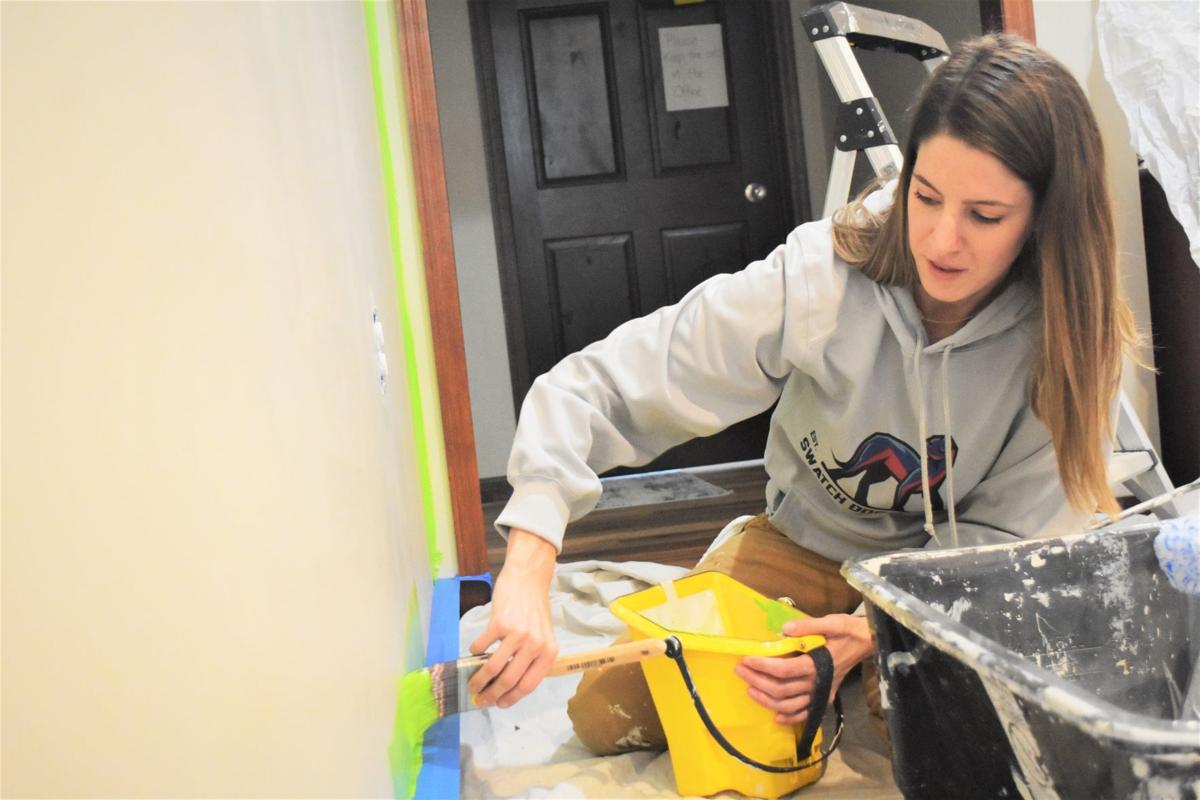 Ashley Vance, owner of Swatch Dog Painting, gets to the fine details of one of the walls inside Woof Gang Rescue, 1906 Melvin Ave., on Thursday. Vance formerly worked in corporate communications and marketing before becoming a painter. 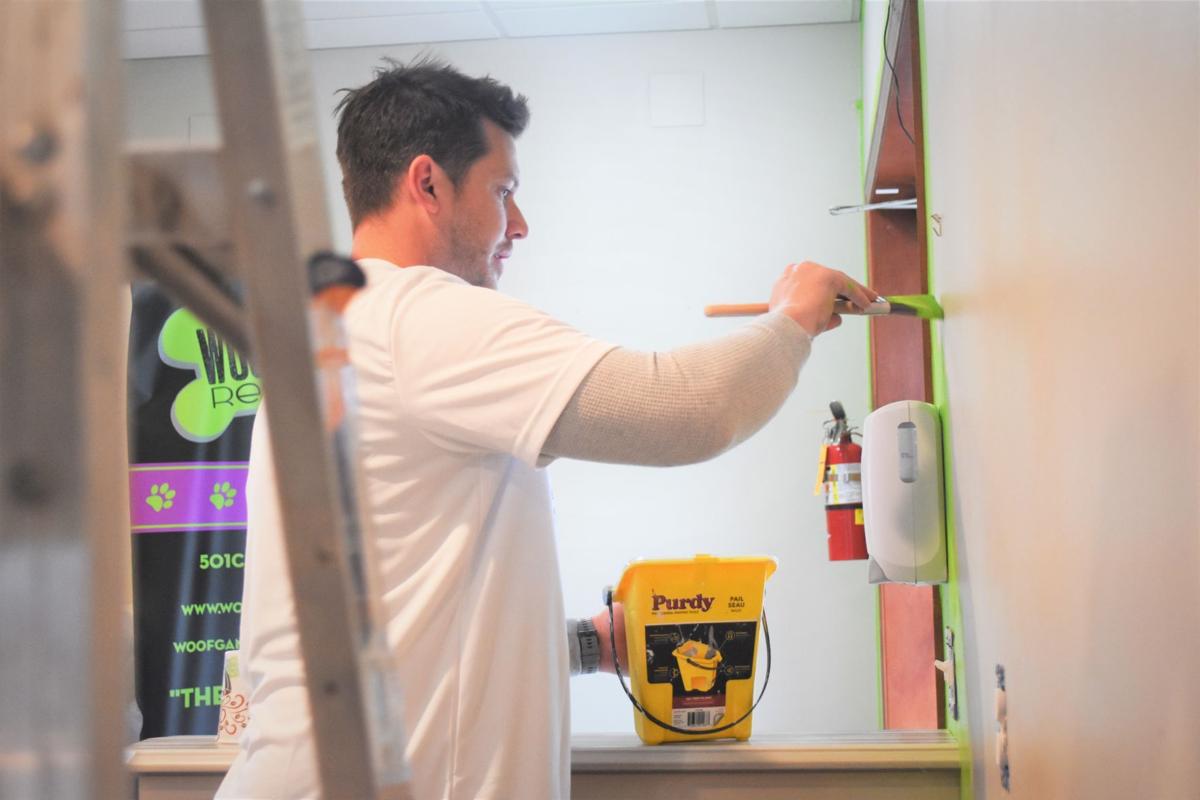 Chris Baker, owner of Swatch Dog Painting, outlines a wall inside Woof Gang Rescue, 1906 Melvin Avenue, on Thursday. Baker comes from a family of painters and only a handful of years ago decided to follow in their footsteps. 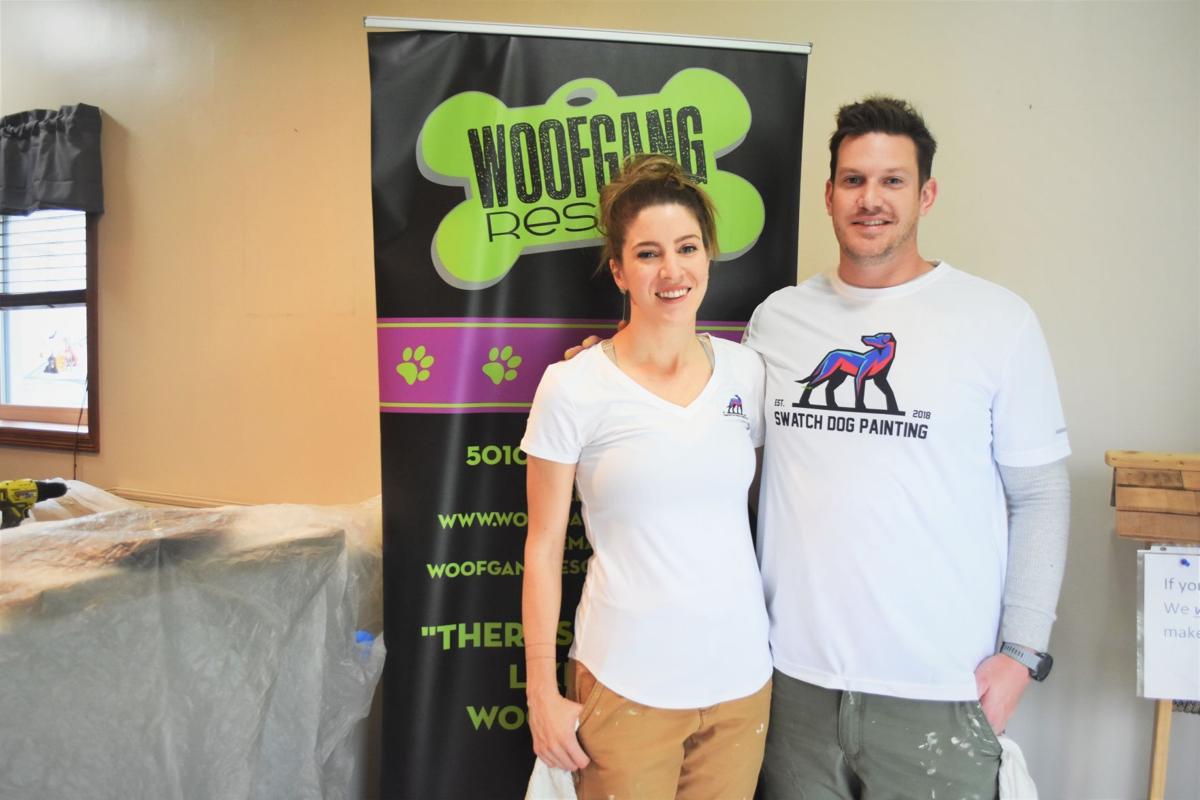 Ashley Vance and Chris Baker are the owners of Swatch Dog Painting, a new painting business in Racine County that dedicates 10% of their profits to non-profit organizations benefiting animals.