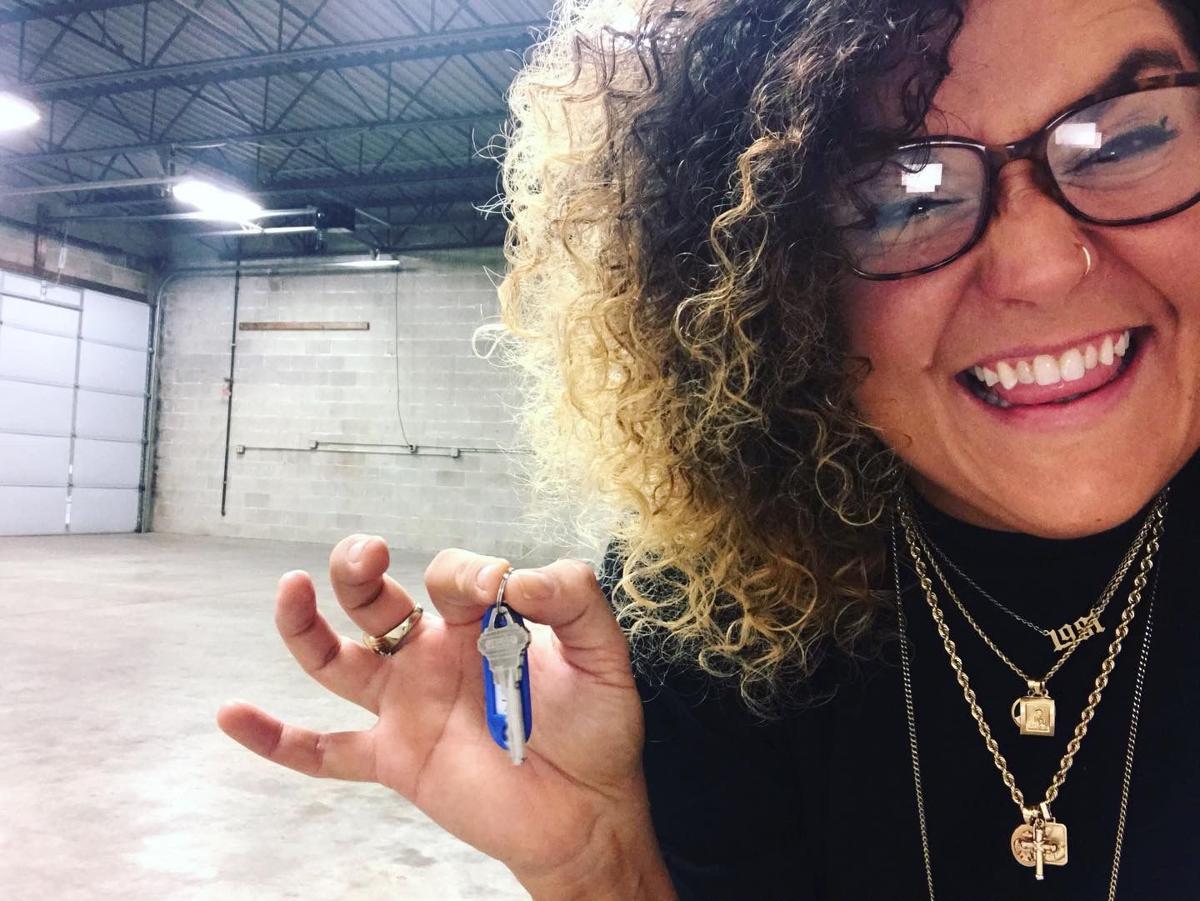 Erika Bozinovski, director of Racine's non-profit Sweatshop Movement dance academy, was all smiles on Aug. 1 as she took occupancy of 1,700 square feet of dedicated studio space at 2723 Carlisle Ave. on the city's north side. 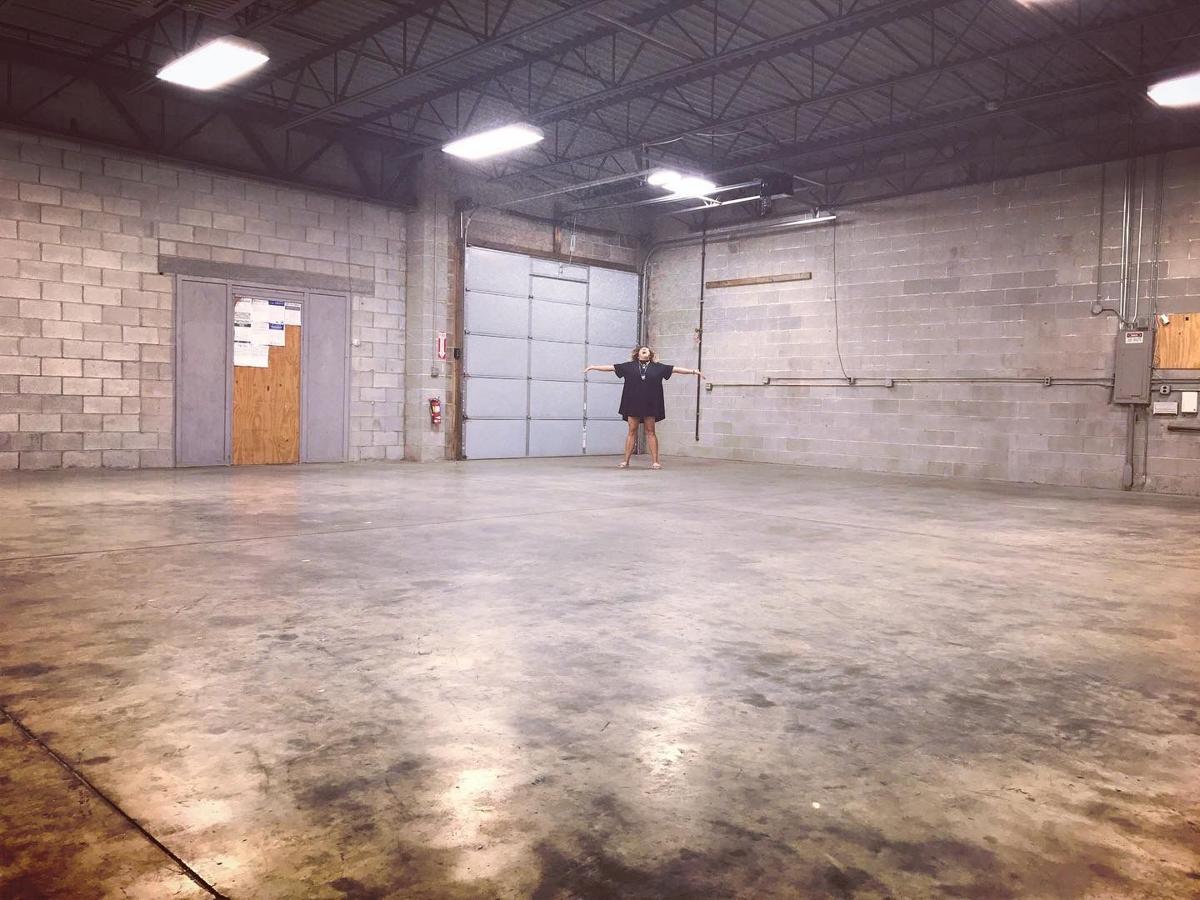 On Aug. 1, Racine-based non-profit dance academy Sweatshop Movement took occupancy of 1,700 square feet of space at 2723 Carlisle Ave. in the Fred M. Young, Sr. Industrial Park off Mount Pleasant St. on the city's north side. The dance studio is Sweatshop Movement's first dedicated studio space after sharing more than 20 locations over the past eight years.

For director and Racine native Erika Bozinovski, “Movement” also summed up the nomadic state of the organization’s existence – it was always on the move, with more than 20 Wisconsin locations over the years in Madison, Oregon, Milwaukee, Burlington and, since 2015, in Racine.

Sweatshop Movement aims to further and foster legitimate hip-hop and dance training for youths in an accessible and affordable way, including after-school programming in conjunction with the Racine Unified School District.

Bozinovski was inducted into the Wisconsin Association of Cheer and Pom Coaches Hall of Fame in November 2018.

“I wanted to get the kids into traditional studios,” Bozinovski said. “They deserved mirrors and a (dance) floor, things like that. They had all these hours that the studios sat empty that they could have been generating revenue to help with rent. I started renting studio space and bringing the kids in, offering pop-up classes to reach the most kids, trying to help the studio owners out.”

But renting other organization’s space came with its challenges she noted – working around basketball games booked in gyms, events scheduled in community centers, and having to work around dance studio class schedules.

An unexpected silver lining of those challenging times, Bozinovski said, was the community and camaraderie that formed among Sweatshop Movement members as they made do with the limited resources available to them.

“The kids would come after school and sit in the classes and do their homework while they were watching the big kids dance, and the big kids would come and help with the younger students,” she recalled. “It set up this community feel – a center of learning and sharing. It’s more than just dance. That sense of community is really important in what we’re building and what we’re trying to do. It’s important to their life-long success.”

Bozinovski praised her students for making the best of less than ideal studio situations over the years.

“The tenacity I’ve seen has been awesome,” she said.

As of the key turnover on Aug. 1, award-winning Sweatshop Movement – a halftime crowd favorite at Milwaukee Bucks and Wisconsin Badgers basketball games and a familiar local sight at Racine community gatherings including parades and the Downtown Party on the Pavement and Origins of Hip-Hop festivals – finally has a dedicated studio space all its own. Sweatshop took occupancy of 1,700 square feet of former warehouse space at 2723 Carlisle Ave. in the Fred M. Young, Sr. Industrial Park off Mount Pleasant St., just blocks north of Horlick High School and Gilmore Fine Arts K-8.

“This is a perfect spot for us,” Bozinovski said. “It’s super exciting. It gives us a home. It’s a dedicated space just for them. These kids deserve mirrors if they’re going to compete at the national/international level. These kids deserve floors and mats and all this tumbling equipment that I’ve acquired over time and all this other stuff. This give us a home to move all of that in – its gives us all of our mats, all of our tumbling blocks. We can install mirrors. We can decorate. All this will help with their training. That’s huge. They deserve this. There’s all these kids that are so talented that could use this outlet. It does lots of positive things for them.”

Logistically, having a dedicated studio space will ease a longstanding burden for Bozinovski.

“I’m not traveling with mats in my trunk and a box full of band-aids and hair ties anymore,” she said.

“We haven’t really had a venue that we could do that here besides Party on the Pavement outside,” she said. “Now we have a dedicated space where we could bring our Youth Battle series back.”

Bozinovski said recent news of Sweatshop Movement securing its own space was greeted by great enthusiasm across the community.

“We had a huge community response to the news,” she said. “It’s nice to see people acknowledge a program making a difference and acknowledge kids working hard for something they enjoy. I think we spend a lot of time casting light on kids doing improper things, kids in bad situations. We don’t give that same attention … to things that kids are doing that are positive and good for them and good for the community.”

Sweatshop Movement’s inaugural round of classes in its new studio facility are expected to begin in mid to late September. An opening party celebration is planned, with a date to be announced.

For more information, visit Sweatshop Movement online on Facebook or Instagram, or call or text Bozinovski at 608-442-3542.

An overhead shot of one of the breakdancing battles Sweatshop Movement hosted as part of Party on the Pavement 2017 is shown.

Party on the Pavement

A check for $500 was recently awarded to Erika Bozinovski, Sweatshop Movement director, from Linea Anthony, president of the Uptown Business I…

RACINE — On the second floor of the old YWCA building in Downtown Racine, above the Living Light Christian Church, Erika Bozinovski runs a dan…

Erika Bozinovski, director of Racine's non-profit Sweatshop Movement dance academy, was all smiles on Aug. 1 as she took occupancy of 1,700 square feet of dedicated studio space at 2723 Carlisle Ave. on the city's north side.

On Aug. 1, Racine-based non-profit dance academy Sweatshop Movement took occupancy of 1,700 square feet of space at 2723 Carlisle Ave. in the Fred M. Young, Sr. Industrial Park off Mount Pleasant St. on the city's north side. The dance studio is Sweatshop Movement's first dedicated studio space after sharing more than 20 locations over the past eight years.