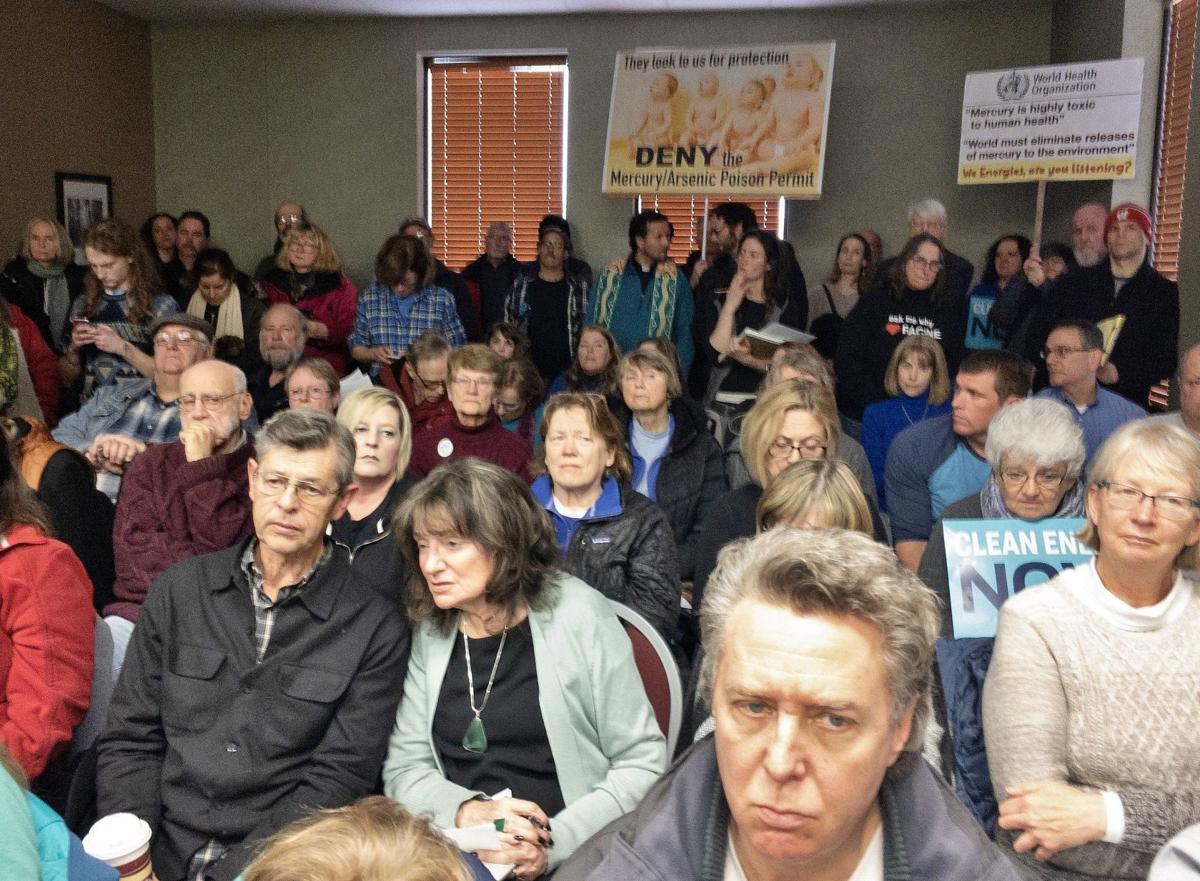 There were more people than chairs at the DNR's hearing on Monday, Feb. 11, 2019, regarding We Energies' water discharge permit for the Oak Creek power plant. The hearing was held at the Oak Creek Community Center, 8580 S Howell Ave. 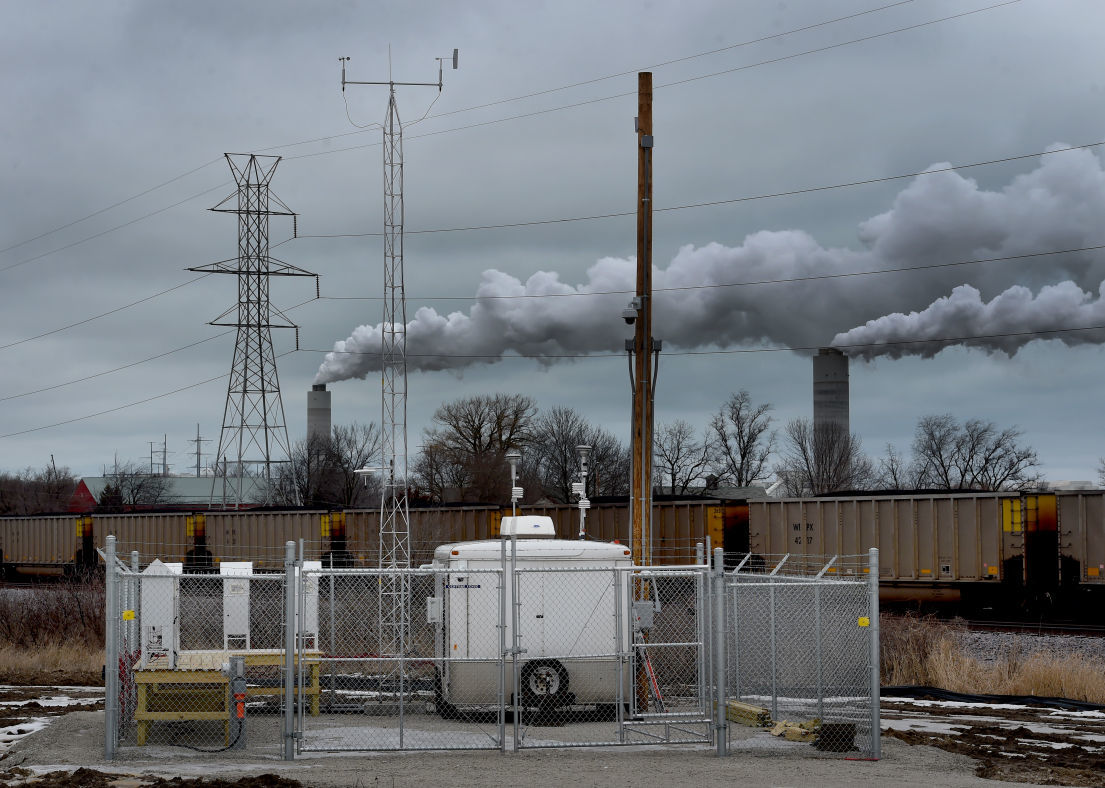 The We Energies air-monitoring station at Seven Mile Road, east of Highway 32 and just west of the Union Pacific Railroad near the Oak Creek Power Plant, is shown on Feb. 3, 2016. 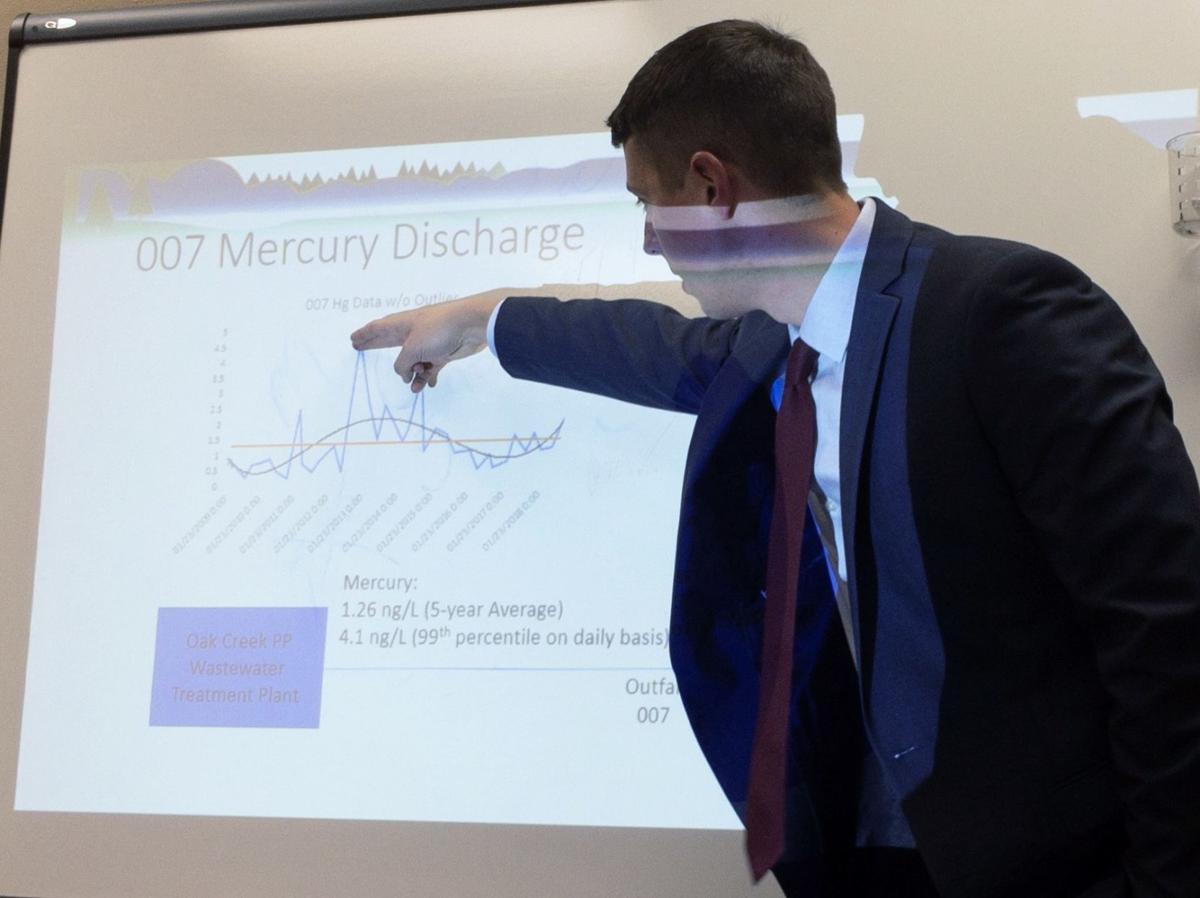 OAK CREEK — It was standing room only with spillover into the hallway for a Monday public hearing over We Energies’ Oak Creek Power Plant’s water discharge permit.

Jason Knutson, the state Department of Natural Resources wastewater chief, gave a presentation on the permit, variance and plan for the power plant to be brought into compliance. The draft permit, which has been available on the DNR’s website since December, grants a variance for the amount of mercury and arsenic the plant is allowed to dump with its wastewater.

That would mean that the power plant could discharge those chemicals at a rate higher than the regulation standard into Lake Michigan. The deadline to be in compliance with the standard would be 2023.

We Energies spokesperson Brendan Conway spoke with reporters before the public hearing at the Oak Creek Community Center and after a news conference held by the Clean Power Coalition, an environmental group promoting renewable energy.

“We are not asking to be treated differently than anyone else along the lake,” Conway later told The Journal Times. “This variance is allowed by the EPA and DNR.”

Conway pointed out that other entities, including Jones Island — a heavily industrialized area at the Port of Milwaukee — have higher variances.

“What I can tell you that our numbers show we are below the max of 4.1 (parts per trillion) 99 percent of the time,” Conway added. “Further, as part of the permit, we are committing to continue to work to lower the mercury level.”

Conway attended the public hearing but did not speak.

The public hearing lasted more than an hour and included testimony from environmentalists, health professionals, residents and one elected official.

State Sen. Chris Larson, D-Milwaukee, whose district includes Oak Creek, cited Wisconsin’s history of environmentalism and conservation and said that while We Energies and the plant are “moving in the right direction” by changing their system to reduce mercury output, he took objection to the timeline.

“We Energies is immensely profitable, they pay their executives very, very well — they can afford to do the right thing by us,” said Larson. “Coal corporations can no longer hide the insidious poisons that burning coal puts in our air and water, nor can they deny the harm these toxins to do our well-being.”

Medical professionals, parents and educators spoke about their concerns that any increased mercury output would have on brain development in utero and in growing children.

David Paluch cited research from a New York Times report on the effects of arsenic on health, and from the World Health Organization and Harvard Magazine on mercury. Tom Rutkowski, chair of Southeast Gateway group of the Sierra Club, cited a study in Texas that found that “for each 1,000 pounds of environmentally released mercury, there was a 43 percent increase in the rate of special education services and a 61 percent increase in the rate of autism.”

Troy Skwor, assistant professor with the College of Health Sciences at the University of Wisconsin-Milwaukee, said that in his recent research, mercury levels in Lake Michigan trout and whitefish have gone up over the past 20 years.

“So how this translates: Wisconsin residents have a higher mercury blood level compared to the whole general population of the United States,” said Skwor. “Especially in people who eat more fish and are higher in age — the older you get, the more mercury you accrue. It doesn’t go away.”

The DNR is still accepting comment on the proposed Oak Creek Power Plant discharge permit through Feb. 18. Those who are interested can email Jason.Knutson@wisconsin.gov.

There were more people than chairs at the DNR's hearing on Monday, Feb. 11, 2019, regarding We Energies' water discharge permit for the Oak Creek power plant. The hearing was held at the Oak Creek Community Center, 8580 S Howell Ave.

The We Energies air-monitoring station at Seven Mile Road, east of Highway 32 and just west of the Union Pacific Railroad near the Oak Creek Power Plant, is shown on Feb. 3, 2016.