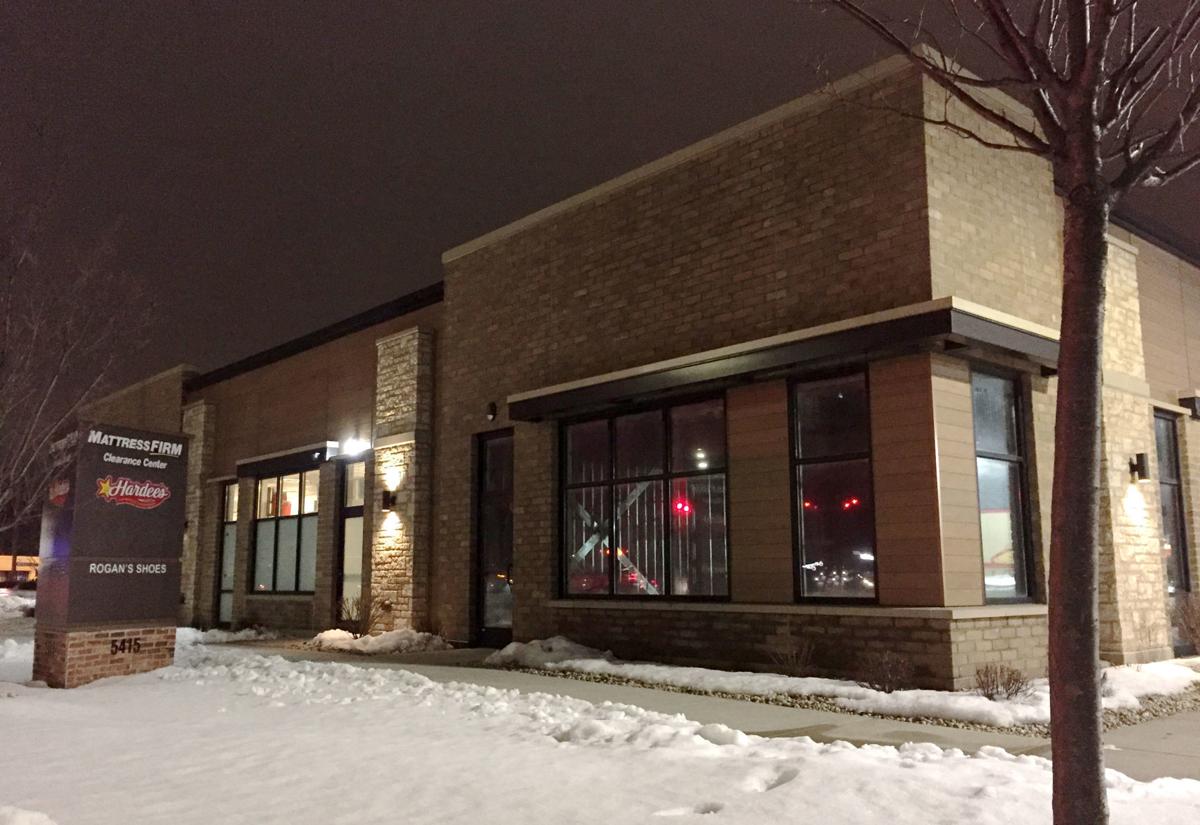 This building, which had been home to a Blaze Pizza restaurant at the southeast corner of the highway 31/20 intersection, sits vacant after the pizza franchise quietly closed this month. This photo was taken Monday night, after Blaze's signs were already taken down. 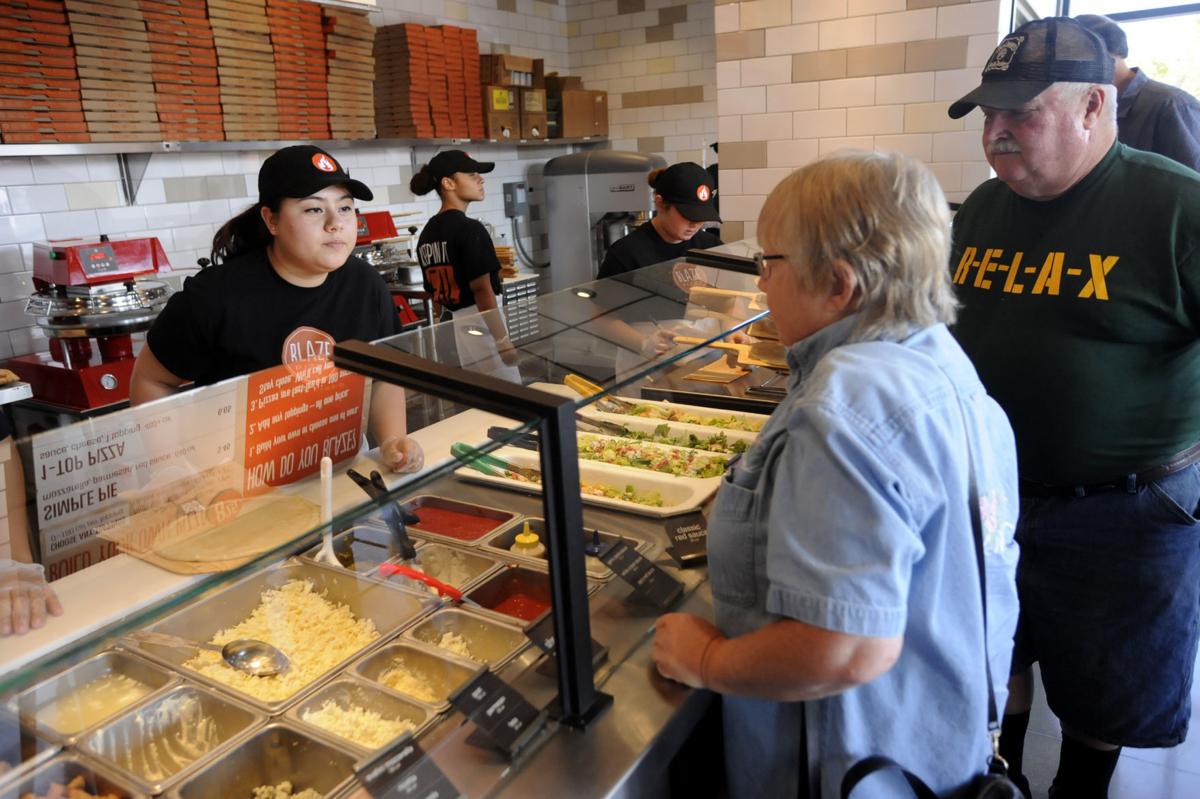 Gisel Tapia talks with customers as she builds a pizza for them during a friends-and-family event on Sept. 13, 2017, at Blaze Pizza.

MOUNT PLEASANT — The Blaze Pizza franchise located at the busy corner of Green Bay Road (Highway 31) and Washington Avenue (Highway 20) has quietly closed, a little more than two years after it opened.

When the restaurant opened in September 2017, owner-operator John Kovacs had called his pizza place as “the Subway of pizzas,” referring to how customizable the quickly served pies were.

The building it once occupied currently sits vacant, but it may soon house Smartphone Repair Center. The smartphone repair shop is located inside the nearby Racine Centre shopping center, 5201 Washington Ave., where it has stood since 2014.

“We are aiming toward (relocating) sometime in April, but it could be in May,” said Smartphone Repair Center owner Doug Chang, who said he has more than 16 years of experience in the cellphone business, told The Journal Times Tuesday.

A sign taped to the inside of the restaurant’s former entrance invites customers to visit other area Blaze Pizza locations owned by Kovacs in Milwaukee, Brookfield and West Allis.

Kovacs had owned another Blaze Pizza in Bayshore Mall in Glendale, but it closed in November.

Keep reading for FREE!
Enjoy more articles by signing up or logging in. No credit card required.
Log in Sign up {{featured_button_text}}
Letters

It is unclear when the Mount Pleasant location closed. Its Facebook page was still active Sunday, although all of the signs from the building had been removed as of Monday night. A comment posted by the corporation’s Facebook account on the local franchise’s Facebook page said that “We hope to have a location closer to you soon!” after one local lamented, “It was so abrupt. I need more details. I’m having a MELTDOWN.”

As of Monday night, the Mount Pleasant location was still listed as open on the corporate website.

The property, 5423 Washington Ave., is owned B & K Enterprises Inc.

B & K, which lists a Milwaukee address on property records, also owns the nearby Burger King and the western end of the Racine Centre shopping center, including the Big Lots and Rogan’s Shoes.

10 best pizza places in Racine County 2019, as voted by readers

Hungry for pizza? These spots are the best places to grab a pizza in Racine County, according to our readers and the results of our 2019 Best of Racine County contest.

A post shared by Wells Brothers Restaurant (@wellsbrothersrestaurant) on Sep 3, 2019 at 9:30am PDT

After fewer than three years of operation, the Blaze Pizza franchise location at 5423 Washington Ave. has closed. It opened in September 2017 and was quietly shuttered sometime in the past week.

Tokens and animatronic rodents are out, light-up dance floor is in after Racine Chuck E. Cheese remodel

The kid-focused arcade restaurant has revamped its pizza to be more adult-friendly, expanded its salad bar and fruit choices, has a redesigned slimmer rodent-mascot (still named Charles Entertainment Cheese; yes, that is his full name), and fired the animatronic band.

Dear Dr. K: How can I encourage my daughter to eat a healthy lunch at school, whether she buys lunch or brown-bags it?

This building, which had been home to a Blaze Pizza restaurant at the southeast corner of the highway 31/20 intersection, sits vacant after the pizza franchise quietly closed this month. This photo was taken Monday night, after Blaze's signs were already taken down.

Gisel Tapia talks with customers as she builds a pizza for them during a friends-and-family event on Sept. 13, 2017, at Blaze Pizza.