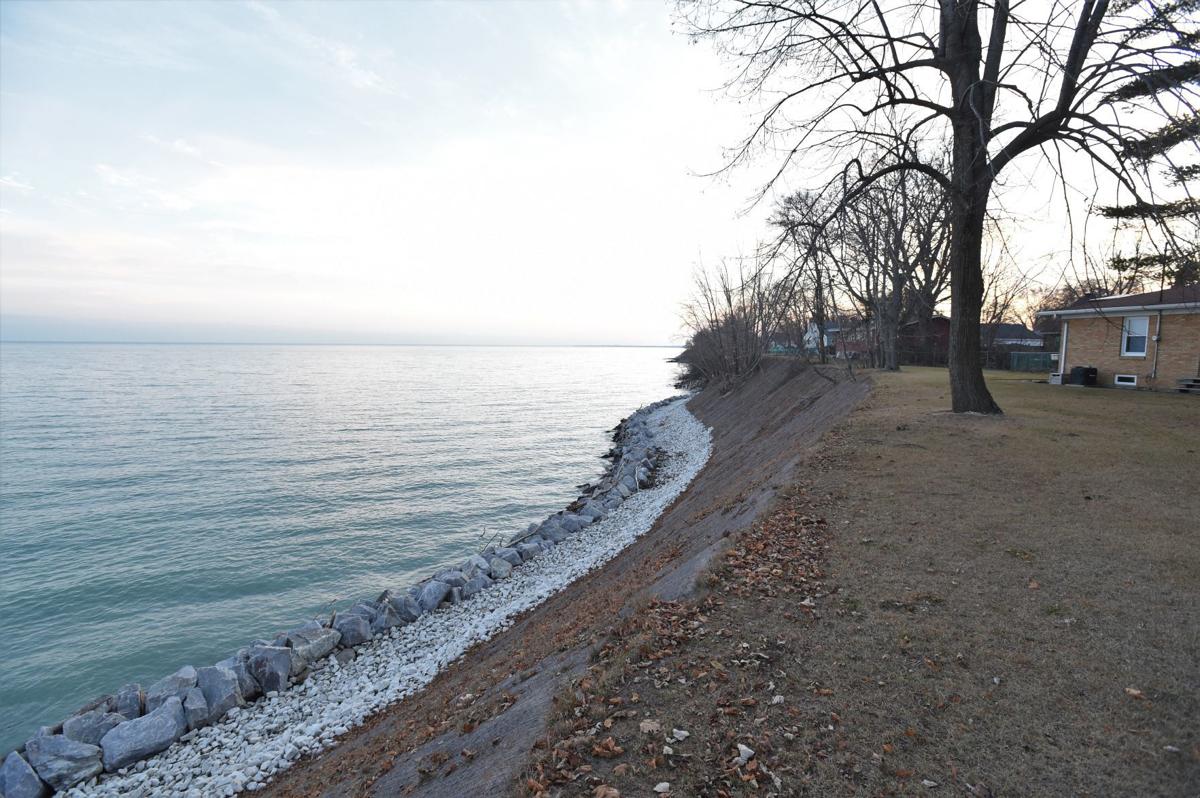 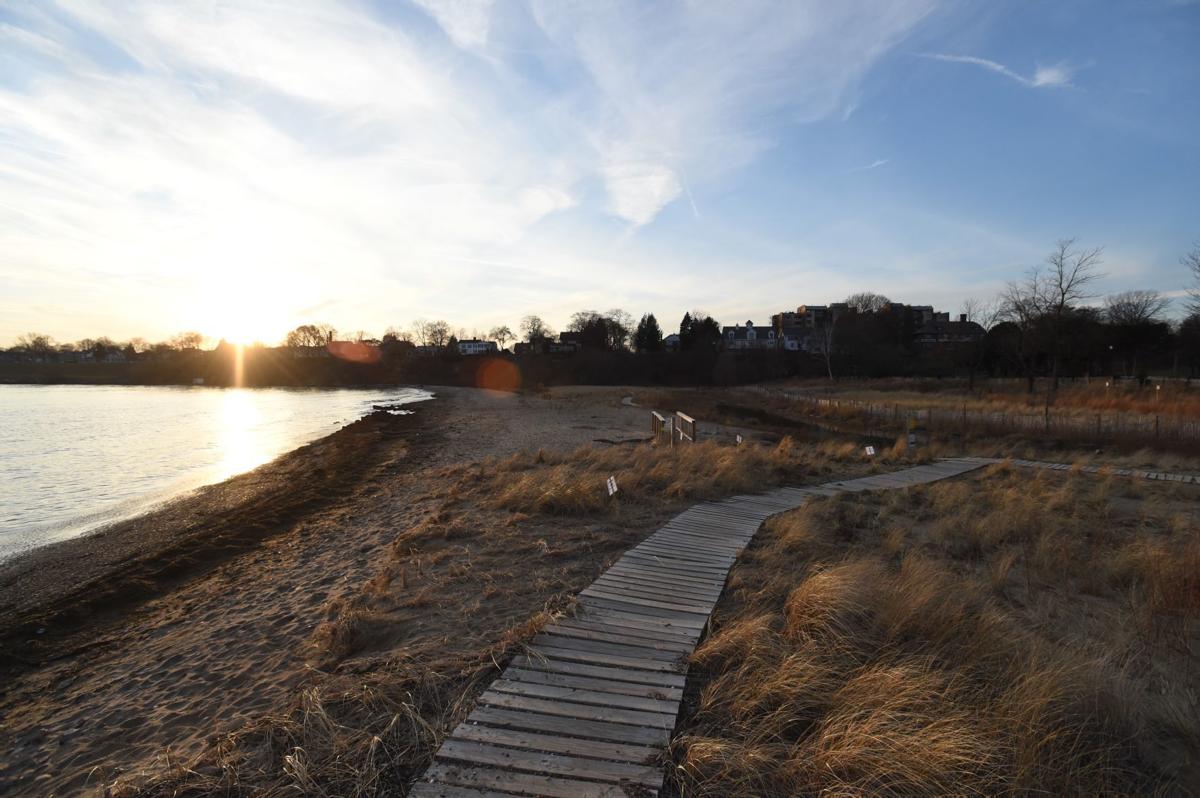 Sam Myers Park, 1 11th St., Racine, is shown. Julie Kinzelman of the Racine Health Department cites the beach restoration project at the park as an example of how to filter stormwater runoff to prevent pollutants from contaminating Lake Michigan, and to sustainably protect beaches from erosion.

RACINE COUNTY — When Stan Olszewski bought his lakefront property in Mount Pleasant in 2012, the lake was the lowest it had been in years.

That’s why, he said, he and the sellers hadn’t talked much about the risk of erosion.

“The previous owners told us their parents had dumped a lot of broken concrete back in the ‘50s and ‘60s to protect it,” said Olszewski. “They had a feeling there wouldn’t be too much of a problem with (erosion).”

In 2013, when Olszewski moved into his home, the lake was recorded at its lowest level since the U.S. Army Corps of Engineers began recording Great Lakes water levels in 1918. A few years later, as water rapidly rose, all 130 feet of Olszewski’s shoreline dropped, “like a fissure” about 1½ to 2 feet. He saw several homes, including those of his neighbors’, up and down the shoreline losing chunks of property.

“It was like sheets of land would fall into the lake,” he said. “So you never knew what was going to happen to yours.”

After that happened, he decided to invest in reinforcing his shoreline, which was completed last fall. It’s cost him six figures, he said, possibly more than $150,000.

“Now it’s probably pretty stable,” he said. “But before we did anything, you didn’t know what was going to happen.”

Erosion along Lake Michigan is not just Olszewski’s issue to deal with, nor his neighbors’, nor Racine County’s; it’s a regional issue with regional implications. In nearby Somers, homes have had to be razed after shoreline erosion threatened their integrity.

Dealing with the issues has been mostly piecemeal, with municipalities and homeowners having to figure out on their own how to face and plan for a problem that is becoming increasingly more complicated because of climate change.

The City of Racine is about halfway through a shoreline study for all of Racine County, funded by grants from a state program taking a regional approach to the issue, with southeastern Wisconsin as one of the focal points. It’s a start, but there’s still a long ways to go.

Last summer, only six years after that record low, the lake’s water level tied its record high from 1986. Olszewski had to recently reinforce the reinforcements after the high water and storms moved some of the rocks, some weighing as much as 16,000 pounds.

“That’s kind of a surprise to me, that a storm could take an 8-ton rock and move it,” he said.

Olszewski isn’t the only one seeing his boulders thrown around by high water. At the iconic Wind Point Lighthouse, 4725 Lighthouse Drive, the beach is completely submerged and several of the large rocks installed in the 1980s to fortify its shoreline have tumbled into the lake. Wind Point Village Administrator Casey Griffiths said a project just south of the boulders on the beach, completed in 2017, which installed green infrastructure — using dunes and wetlands to preserve the beach — has been damaged.

“When it was built, we didn’t anticipate lake levels were going to be this high,” said Griffiths. “It is a natural area and with these sort of incidents there is a little bit of expectation of weathering associated with it, but its been a little bit more damaged than we anticipated.”

Given how small the Wind Point community and its resources are, Griffiths is eager to see any kind of regional collaboration to address the issues.

So far, there’s little indication that the lake has peaked and will be going down. The Army Corps of Engineers recorded on Jan. 3 that Lake Michigan’s water level was, on average, 16 inches higher than it had been on the same date in 2019, about 37 inches higher than long-term average water levels in January.

Julie Kinzelman, director of the laboratory division and a research scientist at the Racine Public Health Department, said not only are the extreme highs and lows concerning, but how much more quickly the lake is reaching the two extremes.

“They’re going much faster,” said Kinzelman. “Historically there are times where there’s been a rapid decrease followed by a rapid increase, but now it’s really extreme.”

Rising temperatures are affecting storm behavior. Instead of dropping some rain and moving on, storms are now moving more slowly and dropping more heavy rain in an area.

“So before, you would have a rainy day and you would get this gentle all-day rain, so soils can soak in that gentle rain,” said Kinzelman. “But now we have no rain, it’s really dry, then you get a ginormous amount of rain all at once.”

Kinzelman points to Sam Myers Park, 1 11th St., as a good example of how to mitigate these extreme fluctuations in lake levels. The park has earned national and international recognition for its use of wetlands, native plants and trees to engineer a sustainable, usable beach.

So what is known, generally, is what to do; the problem is funding it. Myers Park was paid for using grant funds. Kinzelman’s current evaluation of Racine County’s shoreline is paid for through two grants, one focused on beaches and another evaluating the entire shoreline. Once the study is complete, the plan is to use that information to draft mitigation plans and apply for funds to get those projects done.

But drafting plans and getting them approved by the Wisconsin Department of Natural Resources and the Army Corps of Engineers is further complicated by how siloed departments are.

“With the Army Corps, it’s really interesting that you have to work through the Detroit office if you’re talking about anything within Lake Michigan, but right up to the coast is the (purview of the) Wisconsin office and the Minnesota office,” said Cara Pratt, Racine’s sustainability and conservation coordinator. “So even that distinction of rocks around the coast or breakwater, that’s two different offices.”

Until holistic plans and policies are implemented, homeowners and municipalities are on their own. A group of six homeowners on South Main Street in Racine have banded together to fortify their neighboring shorelines. One of the homeowners, Patricia Badger, submitted a statement on behalf of the group, which is comprised of the owners of historic homes, some 150 years or older.

“As stewards of this land, we are doing our best to find feasible, realistic, and attainable solutions to the current erosion crisis,” the statement reads. “We have come to recognize that protecting the legacy of our city’s coast and lands requires cooperation between the City and its residents. We remain immensely proud to call Racine home and look forward to meeting this challenge together.”

Olszewski said he’s pretty certain his fortifications will hold, for at least as long as he needs them to.

“I’m 73 years old — I have a sneaking suspicion in my lifetime I’ll be okay,” Olszewski said. “But beyond that? Who knows?”

“That’s kind of a surprise to me, that a storm could take an 8-ton rock and move it.” Stan Olszewski, Mount Pleasant lakefront resident

"That’s kind of a surprise to me, that a storm could take an 8-ton rock and move it."

WIND POINT — The Village of Wind Point experienced some damage to its Lake Michigan shoreline in the Jan. 11 storm, and village trustees are t…

Once a beachfront college, Carthage now has little beach and is fighting to hold back Lake Michigan

There aren’t many college campuses in the country — much less the Midwest — that can offer breathtaking sunrises, crashing waves and sandy beaches.

Local property owners in desperate need of erosion control have been granted permission to begin repairs immediately instead of waiting through a lengthy permitting process.

RACINE — The weather outside was frightful, but not for the reasons predicted.

RACINE — With historic high water levels, erosion has continued to eat away the shoreline of Lake Michigan.

Sam Myers Park, 1 11th St., Racine, is shown. Julie Kinzelman of the Racine Health Department cites the beach restoration project at the park as an example of how to filter stormwater runoff to prevent pollutants from contaminating Lake Michigan, and to sustainably protect beaches from erosion. 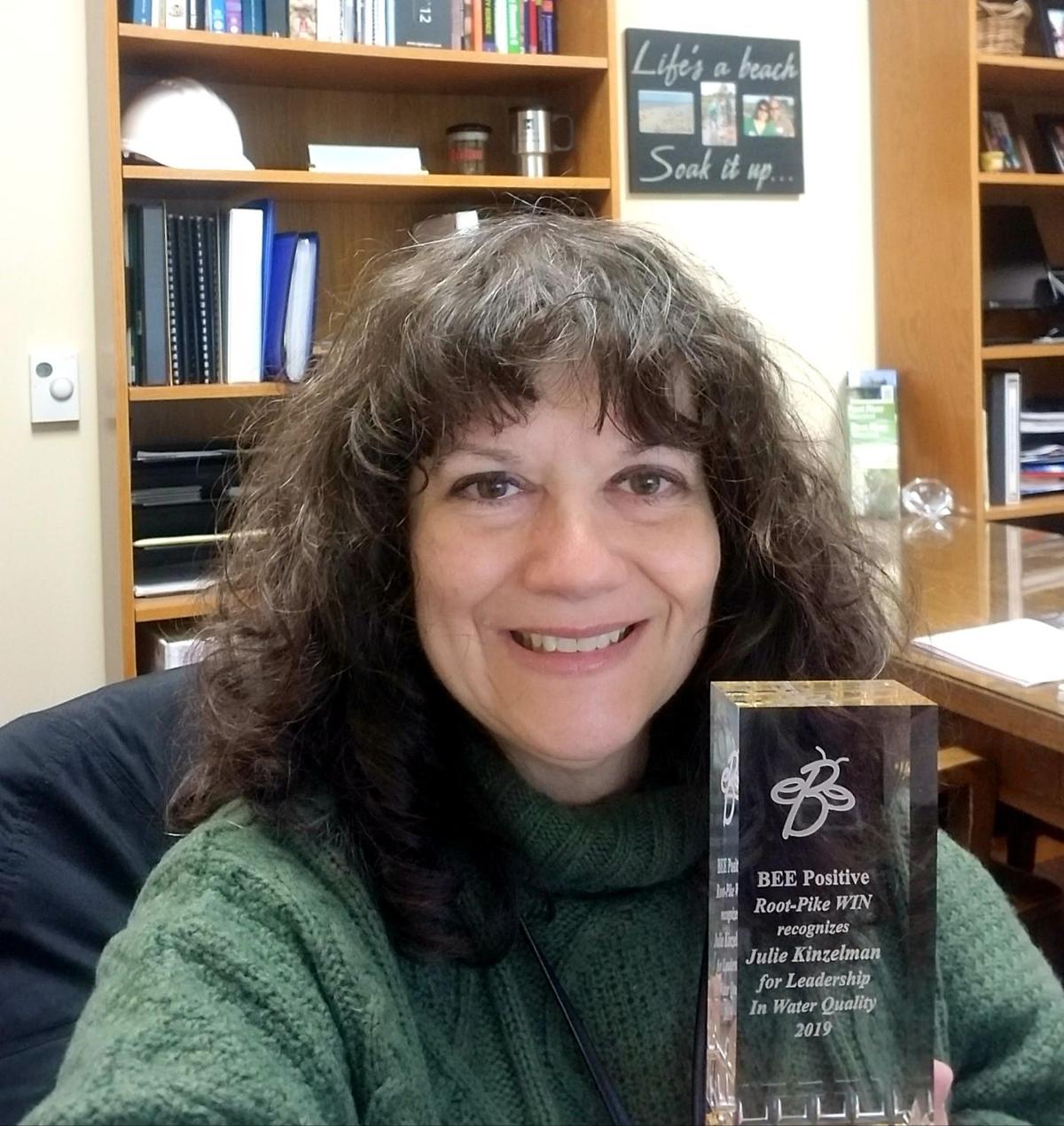