All in all, workers contracted by Safe Step LLC. inspected 22 miles of sidewalk in the city as part of the $375,000 pilot program.

“We were hoping this was going to be a good improvement, and it’s proving to be that way,” said Public Works Director Mark Yehlen.

Yehlen considers the plan — which uses a priority system beginning with resident complaints and city construction contracts and then focuses on high-traffic areas of Racine — a success. Safe Step’s use of saw cutting — a cheaper technique than full-on replacement — on nearly 90 percent of the sidewalks that needed work helped the city offset unanticipated costs from existing city repair contracts, Yehlen said.

“You’re getting 88 percent of the work done for a little more than half the money,” Yehlen said. “Until we actually ended up doing it, I wasn’t sure how it was going shake out.”

Yehlen said he was shocked by the low number of resident complaints, the top priority for the program. Yehlen said only 29 residents called in to report bad areas of sidewalk, which will cost the city less than $5,000 to repair.

“To be perfectly honest, we were expecting a whole lot more,” Yehlen said. “I thought 100 would have been more on the order of magnitude we were looking for.”

The lack of calls allowed the pilot plan to cover more of the priority list than anticipated. Priority No. 3, which included Downtown, Uptown, West Racine and other high-traffic areas, and priority No. 4, pedestrian corridors along bus routes, were both taken care of, Yehlen said, and the department was even able to tackle some of priority five — locations within two blocks of a school.

According to a document presented to the city’s Public Works and Services Committee Monday and emailed to the entire City Council Tuesday, Hortonville-based Safe Step identified roughly 2,100 locations in need of work in the city. Of those, 1,868 were saw cut at a total cost of $130,610 and the remaining 257 were fully replaced at a cost of $126,714.

Another $118,000 went to replacements of 6.7 miles of sidewalk tied up in the city’s five street reconstruction and paving contracts, the second priority for the program. That greatly exceeded the budgeted cost of $50,000 for that priority, but the large amount of saw cutting done by Safe Step made up for that.

Yehlen said he personally walked about two miles of the repaired sidewalks and was impressed by the amount of saw cutting Safe Step did, especially more long-lasting repairs not done on sidewalks located near tree roots.

“I was surprised by how many of those saw cuts were not adjacent to trees,” he said. “The ones that were done by the saw cutting that were not done near a tree root, I would expect those to (eventually) be permanent repairs.”

At its Monday meeting, the city’s Public Works and Services Committee received and filed Yehlen’s report, meaning he will now present the results to the City Council next Tuesday. Yehlen will also recommend that the council extend financing authority because of the pilot program’s success.

“This is meeting all of the expectations,” Yehlen said. “I’m very pleased.”

"We were hoping this was going to be a good improvement, and it's proving to be that way." — Public Works Director Mark Yehlen

In a letter regarding the case, Racine County Sheriff Christopher Schmaling wrote “I have complete faith in our community and our court system that when all facts are presented and thoroughly reviewed, the court will conclude the quick and brave actions taken by Deputy Drewitz and K-9 was well within his training and experience and completely an appropriate use of force to stop a very dangerous and resistive suspect."

Referring to the body camera video, “I had to watch a person, a human being, lay on the ground, handcuffed, begging and pleading with a sworn officer whose job it is to protect and serve … to call the dog off,” said Kelly Scroggins-Powell, executive director of Racine Women for Racial Justice. “I watched him scream in pain as the dog tore into his leg.”

Less than two months before Election Day, a Racine County Board member is stepping into the campaign for governor by criticizing incumbent Tony Evers over decisions of the state parole commission. The Burlington representative's attack on Evers comes as Republican gubernatorial challenger Tim Michels, who hopes to unseat the Democratic governor in November, is urging Evers to somehow stop all paroles of state inmates.

Protesters detained by police in central Moscow at anti-mobilization rally

Protesters detained by police in central Moscow at anti-mobilization rally 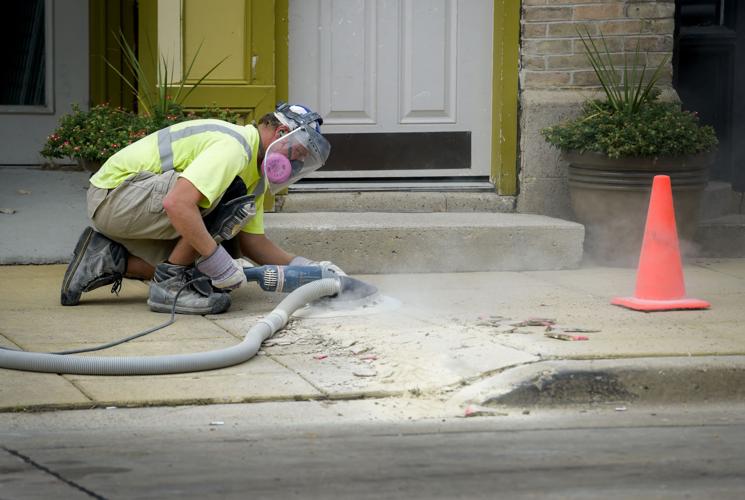 Robert Jones of Safe Step grinds a section of sidewalk in the 200 block of Third Street on Aug. 15 as he levels it. Sidewalk repairs began on July 19 and are nearing completion, according to Public Works Commissioner Mark Yehlen. “The quality of the repairs is everything we hoped for,” he said. 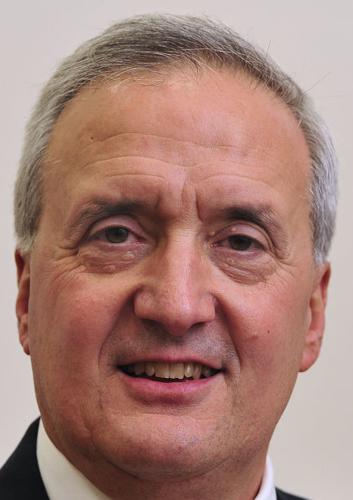