RACINE — The Safer Racine ordinance is due to sunset in just a few weeks. It looks as though no action will be taken to extend it.

However, the rules tied to Safer Racine have largely been deactivated for weeks. Businesses have been allowed at return to 100% capacity since the end of April, the city’s mask mandate was repealed in the second half of May and city government buildings reopened last week.

Dottie-Kay Bowersox, the city’s public health administrator, told the Board of Health on Tuesday she did not anticipate there would be a recommendation for extension.

“We’re looking very good, and I’m very proud of everybody,” Bowersox said. “The country as a whole is doing much, much better.”

Cody Pearce, the city's epidemiologist, provided the Board of Health with the latest COVID-19 numbers on Tuesday.

Cody Pearce, the city’s epidemiologist, said the number of COVID cases within the health department’s jurisdiction — the City of Racine plus the villages of Wind Point and Elmwood Park — had increased by just 18 over the week before, to a total of 9,072 confirmed cases since the pandemic began.

“Things have definitely slowed down in terms of COVID-positive cases,” Pearce said.

There were no new cases in the 65-or-older population, which Pearce credited to the 75% vaccination rate in that population.

There have been no new COVID-19 cases among those who are 65 years old or older over the past week as of Tuesday, which Epidemiologist Cody Pe…

Epidemiologist Cody Pearce provided an update on the city vaccination rate, which showed the percentage of black residents who have not been v…

About 34% of Racine residents are fully vaccinated and 39% have received at least one dose; about 12% of residents are juveniles who are not yet eligible for the vaccine.

However, when broken down by race, the percentage of black residents lags other groups significantly, according to documents provided by Pearce. Just 16% of African American residents are fully vaccinated compared to 35% of white residents, 41% of Asian residents, and 25% of Latino/Hispanic residents.

City leadership has undertaken an outreach campaign to address those who might be vaccine hesitant. Additionally, a vaccination clinic will be set up at the city’s Juneteenth celebration on June 19 at the Dr. John Bryant Community Center.

The history of the Safer Racine ordinance dates to the early days of the pandemic when efforts by state health leaders and Gov. Tony Evers’ administration, collectively known as “Safer at Home,” were halted by a May 13, 2020 Wisconsin Supreme Court decision which found that the state’s executive branch had overstepped its powers. The Republican-led Legislature, which brought the lawsuit that ended with the high court’s decision, then declined to input statewide mitigation measures.

In response, the City of Racine Public Health Department implemented its own Safer at Home order that day, which expired at 8 a.m. on May 26, 2020; most communities in the state, however, did not quickly put COVID mitigation measures in place with the state order gone. Racine’s Safer at Home was replaced with the Forward Racine reopening plan, which maintained restrictions on businesses throughout the rest of 2020 and into 2021.

In response, a local businessman sued the city and Bowersox, claiming the restrictions would be ruinous for businesses.

With the COVID-19 rules codified in law rather than being an order from the health department, they withstood being contested.

The ordinance was extended several times until the June 30 sunset was adopted. 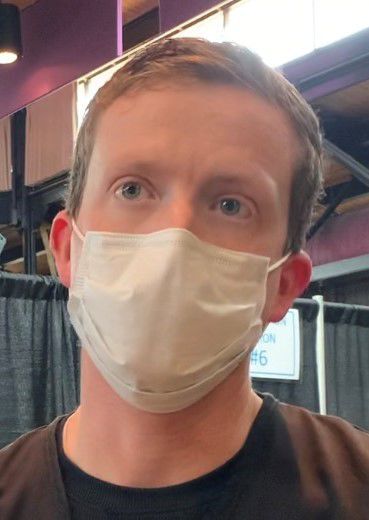