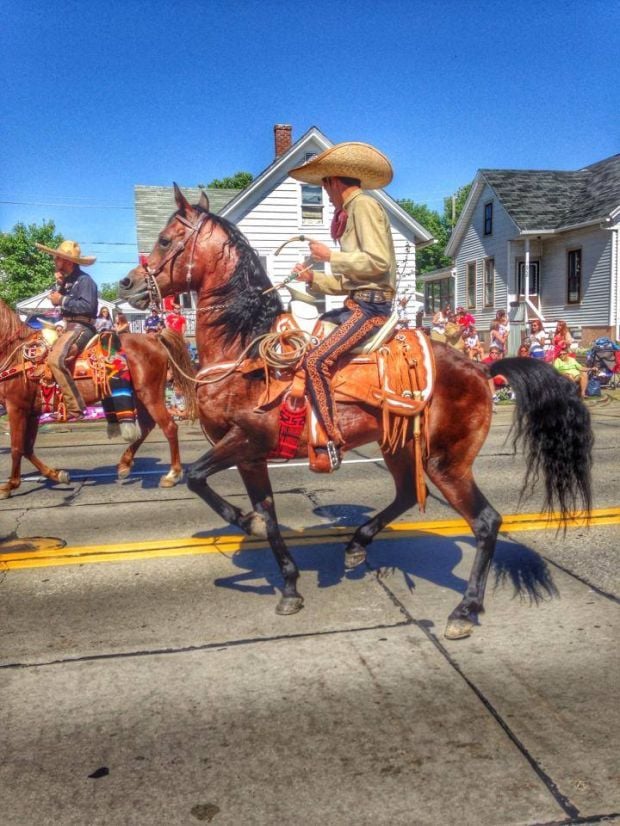 A man rides one of La Tapatia’s dancing horses during the Fourth Fest parade on July 4, 2014. /Submitted photo 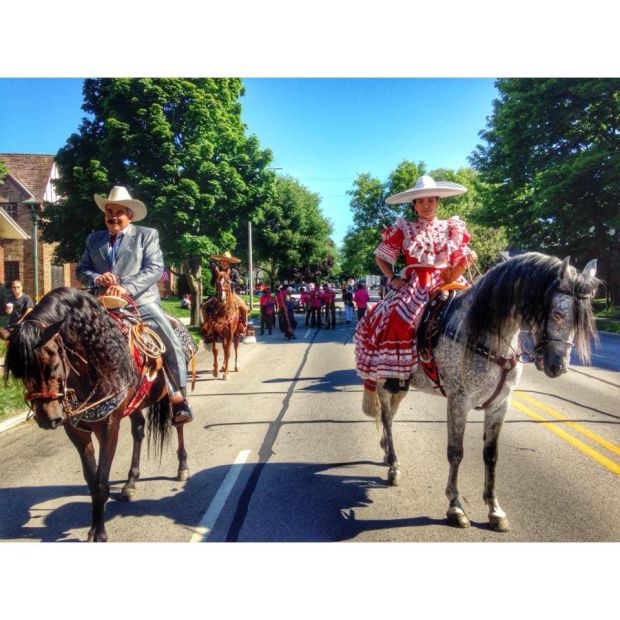 Lauro Davalos Sr. (left) of La Tapatia restaurant rides one of his dancing horses during the Fourth Fest parade on July 4, 2014./Submitted photo

RACINE — Following an announcement that the La Tapatia dancing horses would be dropping out of next year’s Fourth Fest parade, the family that runs the restaurant said Monday they wanted to speak with organizers first.

The Davalos family made the announcement on the restaurant’s Facebook page Saturday, stating they would be pulling out of the parade because of how they were treated by an apparent parade worker at this year’s event. The woman “seemed to be following” the group through the parade, “yelling” at their children, the post stated.

The woman wanted their horses to run, which made one of the horses fall, the post stated.

Lauro Davalos Sr., 60, who owns the horses and was one of the riders, spoke Monday about the incident through a translator at the family restaurant, 1951 Mead St.

He said that he knew the person who was yelling at him was a parade organizer because she was in a golf cart and had a badge of sorts with her name on it.

“They were following him from the beginning,” said Lauro Davalos Jr., translating his father’s account of the experience. “They were just telling him, ‘You gotta move it, you gotta be right here.’”

Lauro Davalos said he didn’t witness the woman yelling at his adult daughters or young grandchildren who were walking behind and alongside the horses, but heard a lot of commotion. His focus, he said, was primarily on the horses; making sure that everybody on their horses was fine.

As the parade wore on the woman became more and more harsh in her treatment, Lauro Davalos said. At one point, near the Main Street Bridge, she reportedly pointed at him, made a slashing motion across her neck, and told him he wouldn’t be back next year.

When one of his daughters attempted to get the woman’s name, the woman apparently put her badge in the daughter’s face, said Linda Davalos, Lauro’s wife. Linda Davalos had not been at the parade, but said part of the interaction had been caught on video by a person they had asked to video the actual performances of the horses and riders.

The family, who have been in Racine for 50 years, said that although the incident is troubling, they hope there can be a resolution especially for the families that come out to see their horses each year.

“This is my passion,” said Lauro Davalos Sr., speaking through his son. “Right now we are going to see if we are going to come out again. We just want to talk with the people who are actually in charge of the parade to make sure that everything that was happening we can fix it, so that next year if they want us to come back and we can come back, we will come back.”

Contacted about the incident on Monday afternoon, incoming President of Fourth Fest of Greater Racine Jake Lovdahl released a written statement stating that he “wanted to speak with both parties involved before casting any judgment on the matter,” after which the organization’s board of directors “will review the situation at our decompression meeting of the parade.”

“Everyone in our organization works tirelessly all year long to put together a great event for the City of Racine,” the statement reads. “I am confident that a solution to this issue will be reached.”

A man rides one of La Tapatia’s dancing horses during the Fourth Fest parade on July 4, 2014. /Submitted photo

Lauro Davalos Sr. (left) of La Tapatia restaurant rides one of his dancing horses during the Fourth Fest parade on July 4, 2014./Submitted photo