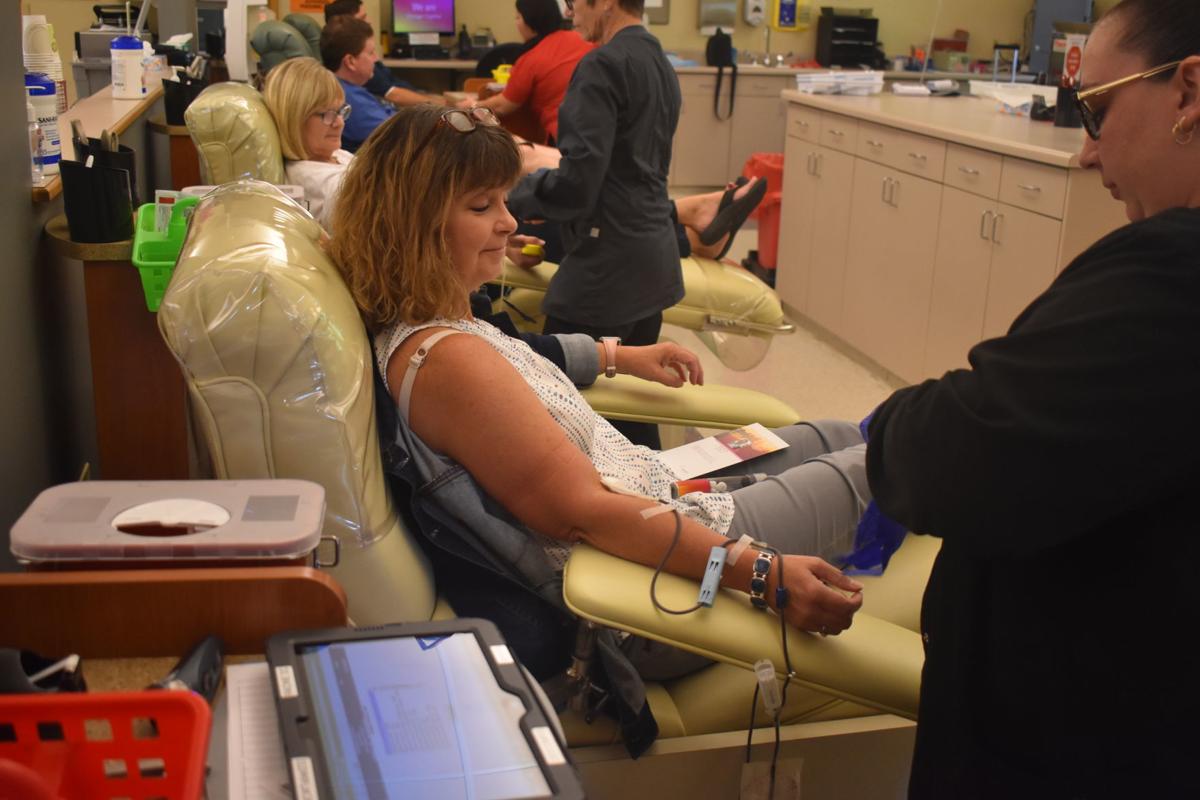 Mount Pleasant resident Patty Bieneman donates blood on the 18th anniversary of the Sept. 11, 2001 terrorist attacks. Bieneman has been donating blood regularly since the attacks. 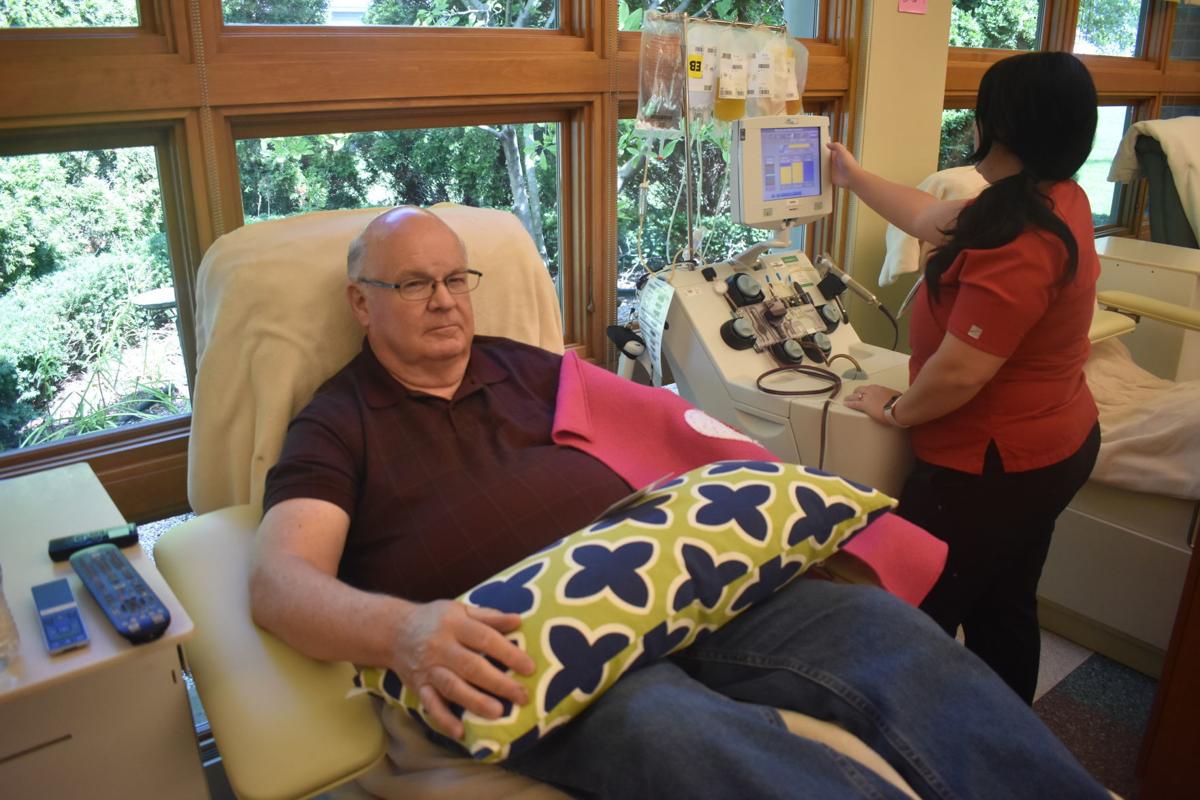 Thomas Wendt of Caledonia donates platelets on Wednesday, at the Versiti Blood Center of Wisconsin, 1120 Sunnyslope Drive in Mount Pleasant. Wendt is a regular platelet donor.

On that date — Sept. 11, 2001 — Bieneman, from Mount Pleasant, watched her kids get on the bus to go to school. After that her neighbor came out of her house and told Bieneman what was happening.

One of the World Trade Center towers was hit by a plane.

Bieneman watched the news develop and decided she wanted to donate blood. She wasn’t the only one who had that idea that day.

“There was about a four-hour wait, I couldn’t stay,” Bieneman said. “I had little children that were coming home from school so I wasn’t able to donate on that day, but that December my church had a blood drive and I donated there and I continued to donate ever since.”

On Wednesday, the 18th anniversary of the Sept. 11 attacks, Bieneman was at the Versiti Blood Center of Wisconsin, 1120 Sunnyslope Drive in Mount Pleasant, donating blood.

Bieneman said she has been a regular blood donor since 2001.

“People have tragedies every day,” Bieneman said. “I do it because it’s something I can do to help somebody.”

Thomas Wendt of Caledonia donated platelets on Wednesday and he encourages people to donate if they’re able and have the time.

“There’s a lot of people for a variety of reasons who can’t donate blood, if you can do it, it satisfies a need,” Wendt said.

‘I remember it clearly’

Adam Rodriguez, donor services supervisor at the blood center, said more people have been donating blood near or on the anniversary of Sept. 11.

“Our donors already give so much to us here,” Rodriguez said. “But today, more so than any other day, they feel like they need to give back to those who gave already.”

Rodriguez remembers where he was on that infamous date.

“I remember it clearly,” Rodriguez said adding he was in school at Janes Elementary School. “We were in the middle of English class in third grade and our art teacher interrupted us and stopped us and said we need to watch the news.”

Rodriguez, being only in third grade, remembers not understanding the seriousness of the event.

“You could see both my art teacher and my English teach both shocked and telling us that this will be in our children’s history books,” Rodriguez said. “It wasn’t until later when I talked about it with my parents that I actually got some (understanding) with it.”

The blood that is donated stays in Racine County and the state.

‘Remember that it happened’

Terry Herlihy of Mount Pleasant also gave blood on Wednesday and has been a regular blood donor for over 30 years, adding he donated his “last pint for my 15th gallon” of blood.

“It’s something I can do that costs me a little bit of time, that’s it,” Herlihy said. “And I’m healthy enough to do it.”

“We need to go on and remember that it happened,” Herlihy said.

Elizabeth Rae Olszewski was a “rising star.” By the time she was 32, not even eight years into her career as an attorney, she had already secured several multimillion dollar settlements for clients.

Applications will begin to be accepted at 8 a.m. on Monday, Feb. 17. Applicants are requested to apply online via WaitListCheck.com or rcha.org.

Mount Pleasant resident Patty Bieneman donates blood on the 18th anniversary of the Sept. 11, 2001 terrorist attacks. Bieneman has been donating blood regularly since the attacks.

Thomas Wendt of Caledonia donates platelets on Wednesday, at the Versiti Blood Center of Wisconsin, 1120 Sunnyslope Drive in Mount Pleasant. Wendt is a regular platelet donor.