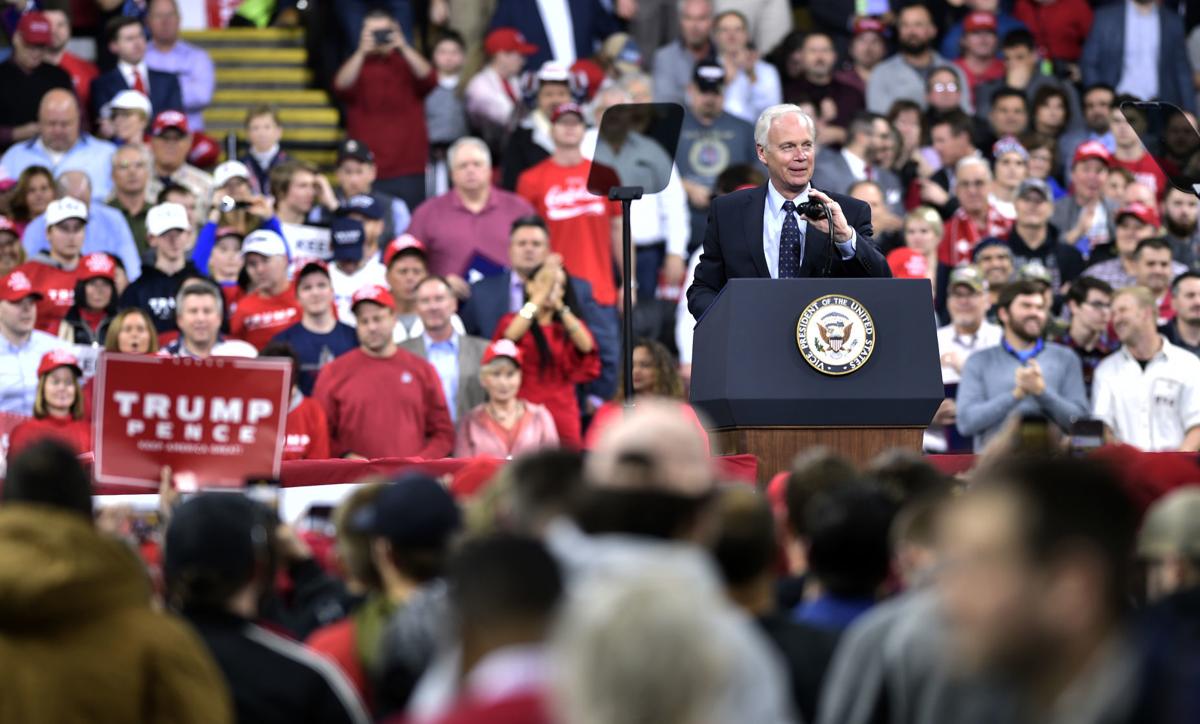 U.S. Sen. Ron Johnson, R-Wisconsin, has become a close ally of President Donald Trump. He was one of five prominent Republicans who took the microphone at Tuesday's rally at the UWM Panther Arena. 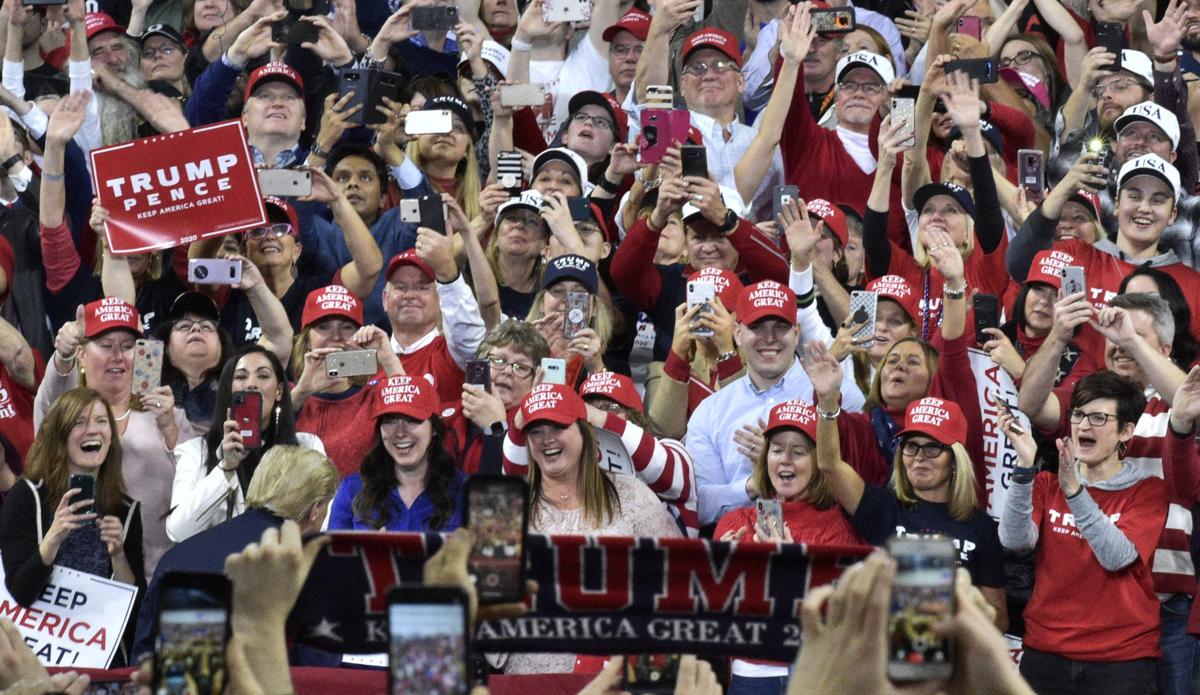 A crowd of people hold up their cell phones as President Donald Trump entered the UWM Panther Arena for a rally there on Tuesday night.

MILWAUKEE — U.S. Sen. Ron Johnson, R-Wisconsin, has expressed a fear that “Democrats will destroy this country.”

During remarks at a Donald Trump campaign rally Tuesday in Milwaukee, Johnson’s statement was met with cheers from some 10,000 conservative supporters filling the seats at the UW-Milwaukee Panther Arena, 400 W. Kilbourn Ave.

That’s because distrust of the Democratic party is perhaps the highest it’s ever been among conservatives, especially among Trump supporters.

Johnson’s alignment with Trump, becoming one of the president’s right-hand men by supporting him throughout the impeachment process, has endeared him to No. 45. During the rally, Trump called Johnson “a great guy.”

In return, Johnson said, “2020 is when we’re really going to assemble the Trump Party.”

First speaker at Trump rally asks for more volunteers, gets crowd chanting 'Lock her up!'

“We’re not angry. We’re a little concerned,” Johnson said Tuesday. “When we listen to the Democratic presidential candidates, we get really concerned.”

The Minnesota native and manufacturing CEO from Oshkosh was elected in 2010 and aligned himself with the Tea Party and promised decreases in federal spending.

When he first started thinking about running for office a decade ago, Johnson said he actually had to put some thought into which party to align himself with.

His first thought: “I’m not a socialist, so I couldn’t be a Democrat.”

He feels that the Democratic Party, specifically its members who are eyeing the presidency, is becoming dangerously leftist.

“This country is at a defining moment,” he said. “The Democrats are no longer Democrats. They are socialists.”

Of the six Democrats who participated in Tuesday’s debate in Des Moines, which occurred simultaneously with the Trump rally, only Bernie Sanders aligns himself expressly with socialism; the Vermont senator calls himself a Democratic Socialist and is still technically an independent in the Senate.

He also talked up his touted Joseph Project. It’s a career-placement program targeted at getting ex-offenders back into the workforce.

The faith-based program is run out of Milwaukee’s Greater Praise Church of God In Christ.

The pastor of that church, Jerome Smith, led Tuesday’s rally in prayer, preceding even the National Anthem.

“When we listen to the Democratic presidential candidates, we get really concerned.” U.S. Sen Ron Johnson, R-Wis.

“When we listen to the Democratic presidential candidates, we get really concerned.”

Trump rallies supporters in Milwaukee, covering just about everything from the Middle East to the Packers

MILWAUKEE — During President Donald Trump’s rally in Milwaukee Tuesday, he charged up his base in preparation for the November 2020 election.

Sen. Johnson sticks with Trump on border ‘emergency,’ Baldwin votes to end it

One of our reporters took note of the music that played at Tuesday's rally in Milwaukee. Here's the playlist, and how a selection of artists feel about their music being used in association with the president.

U.S. Sen. Ron Johnson, R-Wisconsin, has become a close ally of President Donald Trump. He was one of five prominent Republicans who took the microphone at Tuesday's rally at the UWM Panther Arena.

A crowd of people hold up their cell phones as President Donald Trump entered the UWM Panther Arena for a rally there on Tuesday night.