RAYMOND — While students weighed donated food for not only goodwill this holiday season, but also a friendly competition among classrooms at Raymond School, the scale malfunctioned.

“It was too much weight. It ended up canceling out,” said sixth grader Devin Krause, also a student council officer.

The school’s student council organized the efforts within the school, and by the end of the drive, a total of 2,000 pounds of food was collected, according to Krause and two fellow sixth graders and student council officers, Zack Steenrod and Jordan DaPra.

The food bank made its stop at the school Friday to pick up the multiple boxes of food. It took the approximate 40-person student council about 10 minutes to bring it all out and help load the food bank’s truck.

“It was just so many food boxes piled up,” Steenrod said. “There are families that need it and they’re going to get it on their doorstep. It feels really good inside knowing we helped with that.”

DaPra added the students have the potential to save lives when feeding families seriously struggling with hunger.

Giving to the community

The Depot’s co-owner, Sue Gracyalny, has been organizing a larger food drive collecting nonperishable food items and monetary donations to support the CP Holiday Train. A special Small Business Saturday event Nov. 26 at The Depot kicked off the food drive; it ended Nov. 30.

The holiday train arrives Thursday evening, with stops scheduled at the Amtrak Depot, 9900 E. Exploration Court, and at The Depot.

The CP Holiday Train travels coast to coast collecting monetary and food donations that it distributes to each stop’s local food banks. Since the Holiday Train’s inception in 1999, it has raised more than $21 million and collected 5 million pounds of food for community food banks across North America.

Student council committees were in charge of weighing the items. The winning classroom collected 700 pounds of food, and each student of that classroom participated in donating, she said.

Goodrich added students at times had to stand on the scale, hold the food, record the weight measurement and then subtract their own weight — making for a math activity.

“I’m really happy we can do this for everyone. We’re giving to the community in many different ways,” Steenrod said.

This school collected 2,000 pounds of food for the Racine County Food Bank 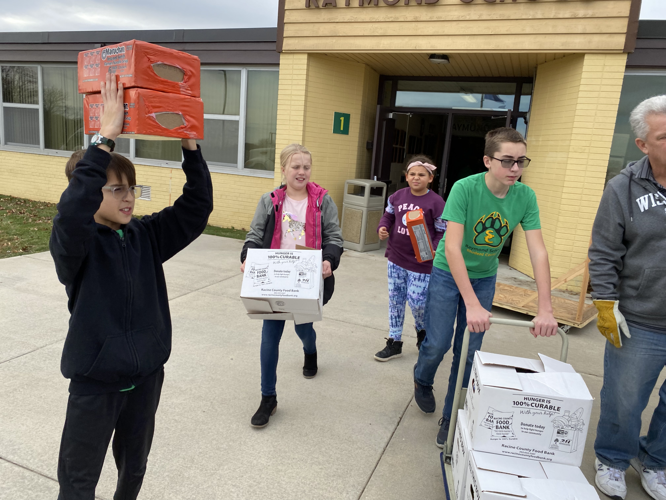 Students at Raymond School, 2659 76th St., Raymond, brought out 2,000 pounds of food to give to the Racine County Food Bank on Friday. 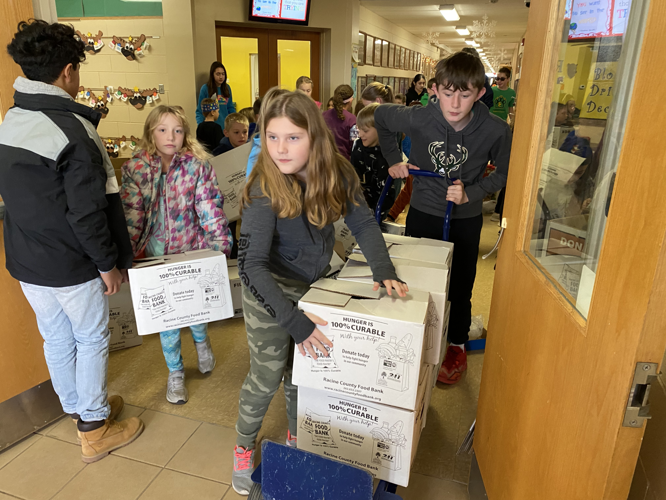 The hallways of Raymond School, 2659 76th St., Raymond, were busy Friday afternoon as students brought out 2,000 pounds of food to give to the Racine County Food Bank. 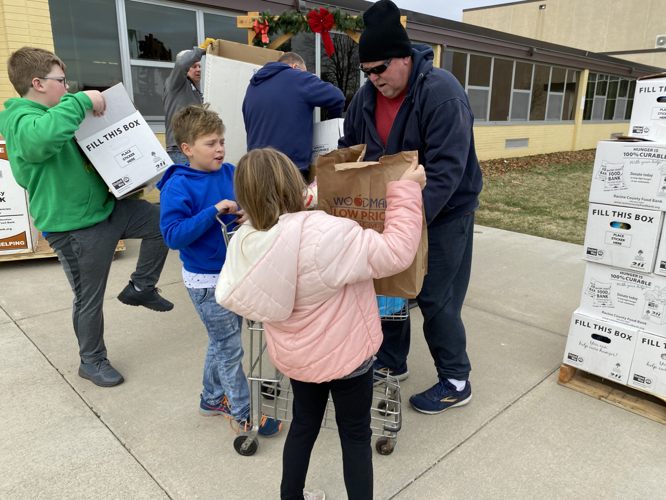 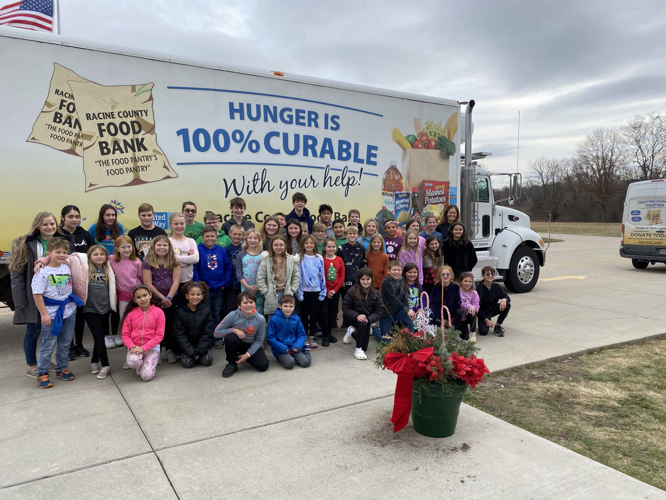