RACINE — The city is a bit closer to memorializing the important role it played for people escaping slavery on the Underground Railroad.

Graves Signs has been awarded a contract for nine cast bronze historical markers that will commemorate stops on the Racine Underground Railroad Freedom Heritage Trail, which actually includes 27 sites across the county, but only the nine in the Main Street business area will be memorialized at this time.

A pamphlet that accompanies the walking/driving tour has been available at the Racine Heritage Museum since 2008.

The $31,000 in costs for the historical markers was paid for with revenue from the hotel tax, which is earmarked for projects that promote tourism.

The Racine Heritage Museum and the Racine chapter of the Professional Women’s Network for Service spent decades researching and focusing the spotlight on the people who escaped to freedom and those who sheltered them along the way.

The sites that will be memorialized include the First Presbyterian Church of Racine, 716 College Ave., which is the only building from the time still standing, where a crawl space was said to have been used to hide escaping people.

The National Park Service’s official list of Underground Railroad sites includes three entries for Racine: the Joshua Glover plaque; the Dutton and Raymond Warehouse site; and the Racine Heritage Museum, which has a permanent exhibit dedicated to the Underground Railroad.

The plaque in Monument Square was erected in 2003 to recognize the city’s role in the Joshua Glover case. Glover was an enslaved person who had escaped to Racine and sold handmade items in Monument Square, then known as Haymarket Square, until he was arrested in 1854 — Wisconsin had only been a state for six years at that point — and taken to a jail in Milwaukee.

About 100 men gathered in Haymarket Square, then took a steamer to Milwaukee to protest Glover’s arrest, which eventually led to them breaking him out of jail. Glover was then smuggled via the Underground Railroad to Canada.

In 2007, another plaque was installed, this one on the south side of the Root River east of the Main Street Bridge, to commemorate the Dutton and Raymond Warehouse site where Achas P. Dutton smuggled fugitive slaves onto ships bound for Canada.

The Underground Railroad was a network of secret routes and safe houses established in the United States during the early- to mid-19th century and used by enslaved people to escape first to free states, then to Canada.

While people may associate the Underground Railroad with New England, Wisconsin has its own rich abolitionist history with many accounts of locals smuggling escaped people to safety.

According to the Wisconsin Historical Society, more than 100 enslaved people made their way to Canada and freedom through Wisconsin between the years of 1842 and 1861.

Details, however, are sketchy because the participants sought to keep their activities a secret due to harsh federal laws that penalized escaped people and those who aided them.

In photos: Stops along the Racine Underground Railroad Heritage Trail

The city of Racine is a bit closer to memorializing the important role it played for people escaping slavery on the underground railroad.

Racine has a rich abolitionist history and accounts of smuggling escaped slaves to safety. The Racine Heritage Museum was one of several organ…

Markers such as this one, designating the location of Rev. Martin Kinney's home on State Street, are to be part of the Racine Underground Rail…

The former location of the Racine Advocate whose editor, Charles Clement, spread the word about Glover's capture.

This marker will denote the location of the Racine Advocate.

This was the approximate location of Cartwright's Blacksmith Shop. Justinian Cartwright was born free in Kentucky and later moved to Racine wh… 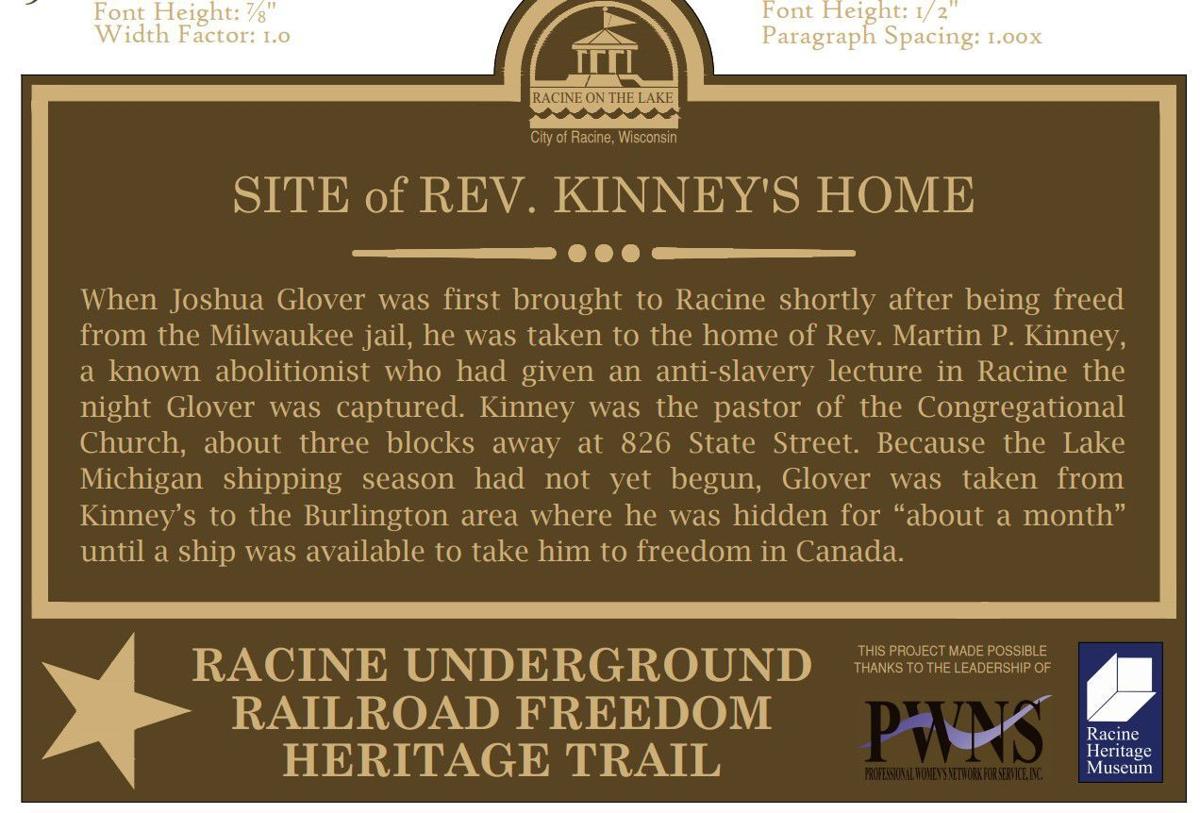 Markers such as this one, designating the location of Rev. Martin Kinney's home on State Street, are to be part of the Racine Underground Railroad Freedom Heritage Trail. 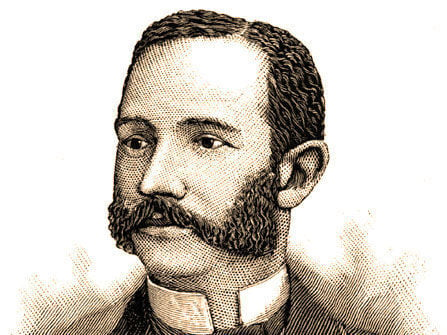