That is the question that hangs in the air as the Racine Theatre Guild prepares for its 2021-22 season — just as the COVID-19 pandemic launches a revival.

“We’re moving forward — for now — even though the unknowns are many,” Joycelyn Fish said.

Fish is technically the director of marketing and development. However, the bulk of her efforts over the past 18 months have been in grant writing and grant management as the theater sought to keep itself afloat.

As of now, the shows are still scheduled, but there will be protocols in place to address COVID concerns — including a proof of vaccination requirement for all cast and crew, but not for audience members.

A season of revivals

The Racine Theatre Guild was excited to announce its 2021-22 season with a list of family favorites, including two shows held over from the cancelled 2020-21 season: At the time they were canceled, “Akeelah and the Bee” was in final rehearsals before its opening and “Mamma Mia” had just begun rehearsals.

The theater has a play selection committee, and the shows for the season were chosen with some care.

Doug Instenes, the Racine Theatre Guild’s managing and artistic director, pointed out the season will open with plays that have small casts so as not to crowd the stage or backstage area.

“We’re doing some of the very popular plays that just make people laugh,” he said.

In contrast, a show they decided not to bring back was “The Wizard of Oz” — despite its popularity — due to the size of the cast that would be needed.

When the theater opens its doors for the public in December, it will have been almost two years since they performed a play.

For that first show, scheduled to open Dec. 3, they decided on “A Christmas Story” — a crowd favorite and good for families.

The theater has a COVID committee and its own COVID protocols, since a performance venue is not quite like other businesses.

Under the current ordinance adopted by the City of Racine, performers do not have to wear masks on stage.

Under the rules adopted by the theater’s COVID committee, all production cast and crew will be required to show proof of vaccination to take part in plays or musicals.

Additionally, auditions for children’s roles will be open to kids 12 years and older who are fully vaccinated, until such a time as the vaccine becomes available for 10- and 11-year-olds.

One of the challenges for the theater and businesses everywhere is that people do not always respect the protocols.

What will they do if people come in without masks or even insist they will not wear one?

“It’s tough, because we love our patrons,” Instenes said. “We love our volunteers, and I do not want to get into a debate with anybody.”

So they are having ongoing discussions about the safest way forward.

RTG offers classes for children and has already adopted the protocols of the Racine Unified School District for that endeavor, i.e. with required masks.

Instenes said, “when Unified changes their protocol, we’ll change ours.”

There are some decisions that have not been made.

For example, RTG has never used understudies, but it is starting to look like a good idea — in case a lead actor is exposed to COVID just before the curtain opens.

In terms of the unknown, there are two that cause Fish and Instenes some concern.

The first is that people may not feel safe enough to come back to the theater in December, depending on the direction the COVID resurgence takes.

The second concern is the pandemic resurgence may reach the point the city has to reinstate limited seating rules.

Financially, the theater is doing OK, Fish said. She has been able to secure COVID grants and supporters have been particularly generous with their donations.

But with limited seating, there may be a problem if tickets sales for a play are not sufficient to cover the cost to produce it.

This is especially worrisome for large musicals, which are notoriously expensive to produce.

Instenes said that every show has a break-even point; that is, they have determined the number of tickets that will have to be sold to break even.

If they do not sell the number of tickets required to break even, then more difficult decisions will have to be made.

Theaters are different from businesses in another way: They need lots of time before the doors open. Months of planning and practice are put into each show.

RTG does not have the option to wait until November to see what happens with the pandemic. So it is cautiously moving forward.

“We are a community theater,” Fish said. “This last year-and-a-half has taught us a lot about what community means and what it means to have a support system, to be a place where people gather, and create friendships, and have memories.”

“It’s like not seeing your family for a long period of time,” Instenes added.

He said if there was anything positive that came out of the pandemic, it was that people learned to appreciate what they had previously taken for granted. The theater, theater friends, a play that volunteers worked on together, a night out with the grandkids, etc.

Instenes said he has been at RTG for 28 years and a professional for 35 years. In that time, there has never been a period where he went without a show for so long.

That being said, the season will only start if it can be done safely.

“Soon, we’ll make people laugh again and forget their problems and forget the last couple of years,” Instenes said. “It’s just a matter of when.”

“This last year-and-a-half has taught us a lot about what community means and what it means to have a support system, to be a place where people gather, and create friendships, and have memories.”

How trees help us with carbon dioxide

The Placebo Effect might not be as powerful as once believed

The Placebo Effect might not be as powerful as once believed

Wild horses in Bosnia cause headaches for farmers

Wild horses in Bosnia cause headaches for farmers 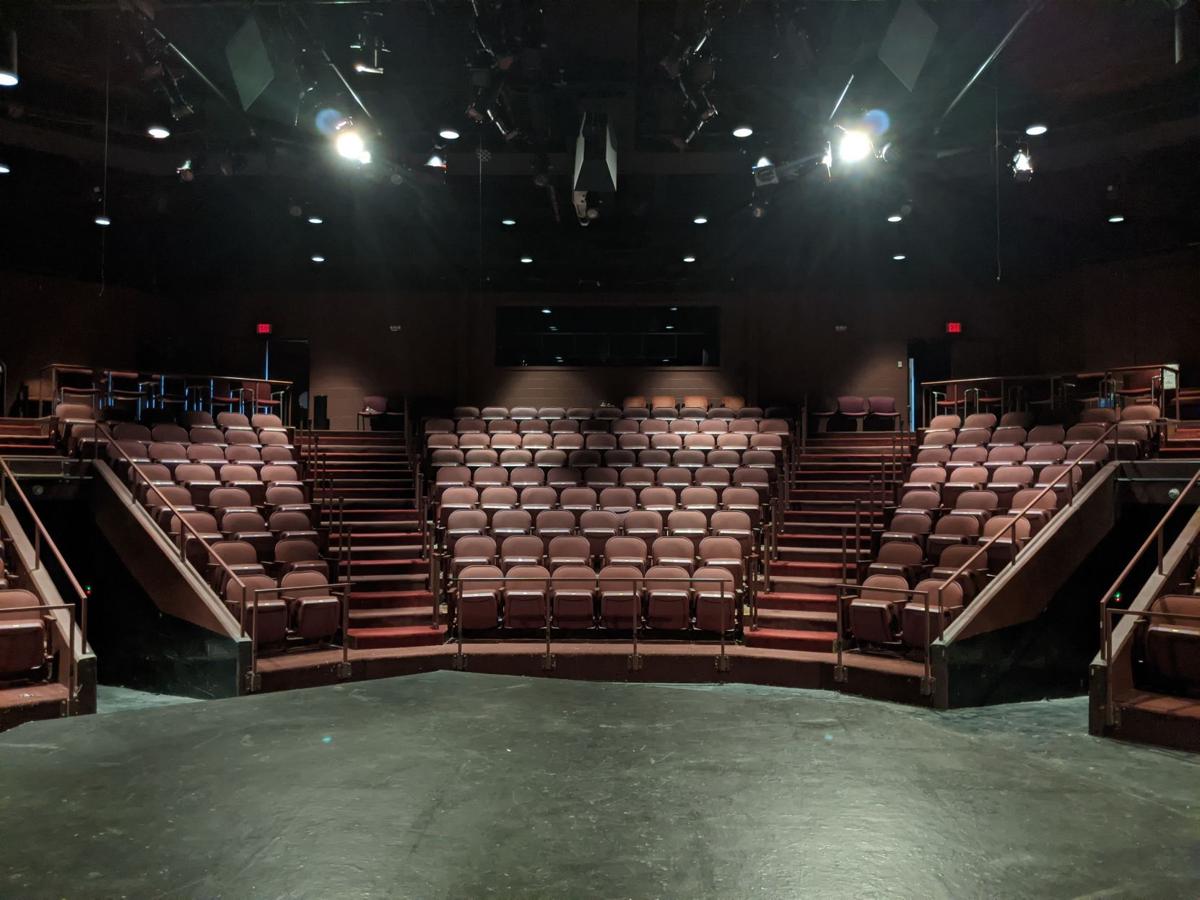 The Racine Theatre Guild had to cancel its four main stage performances of Season 2020/2021: Act 2. After almost two years with the lights off, the return is expected in December 2021. 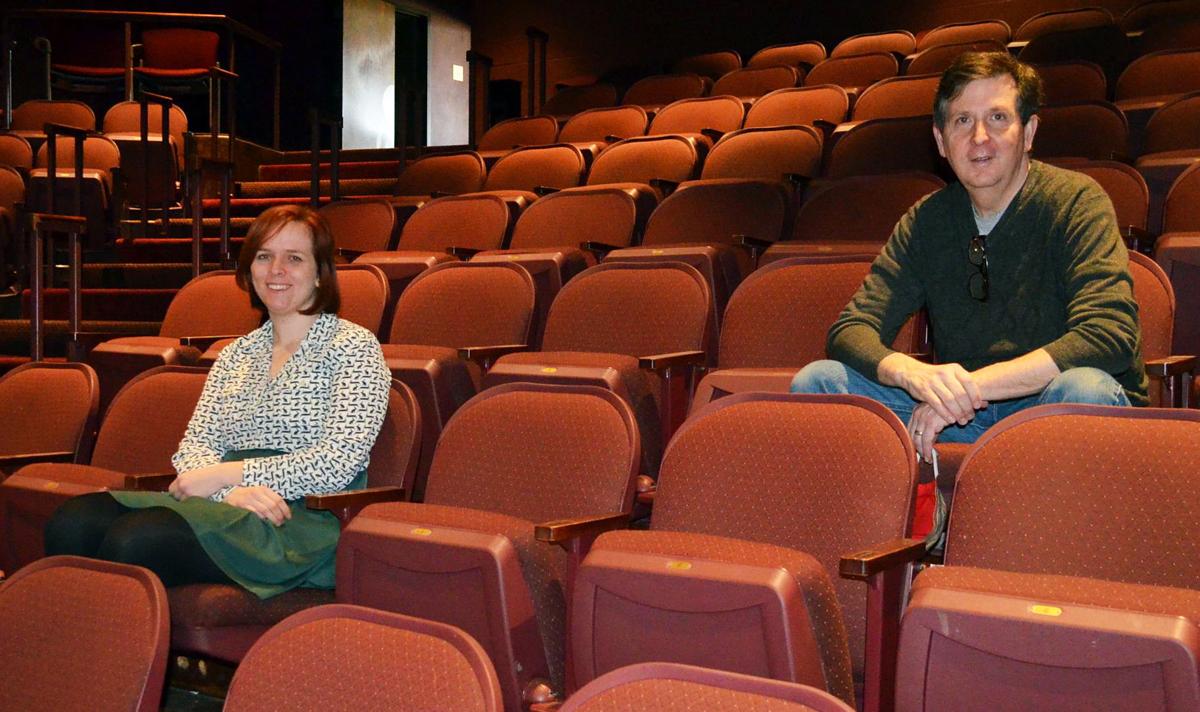 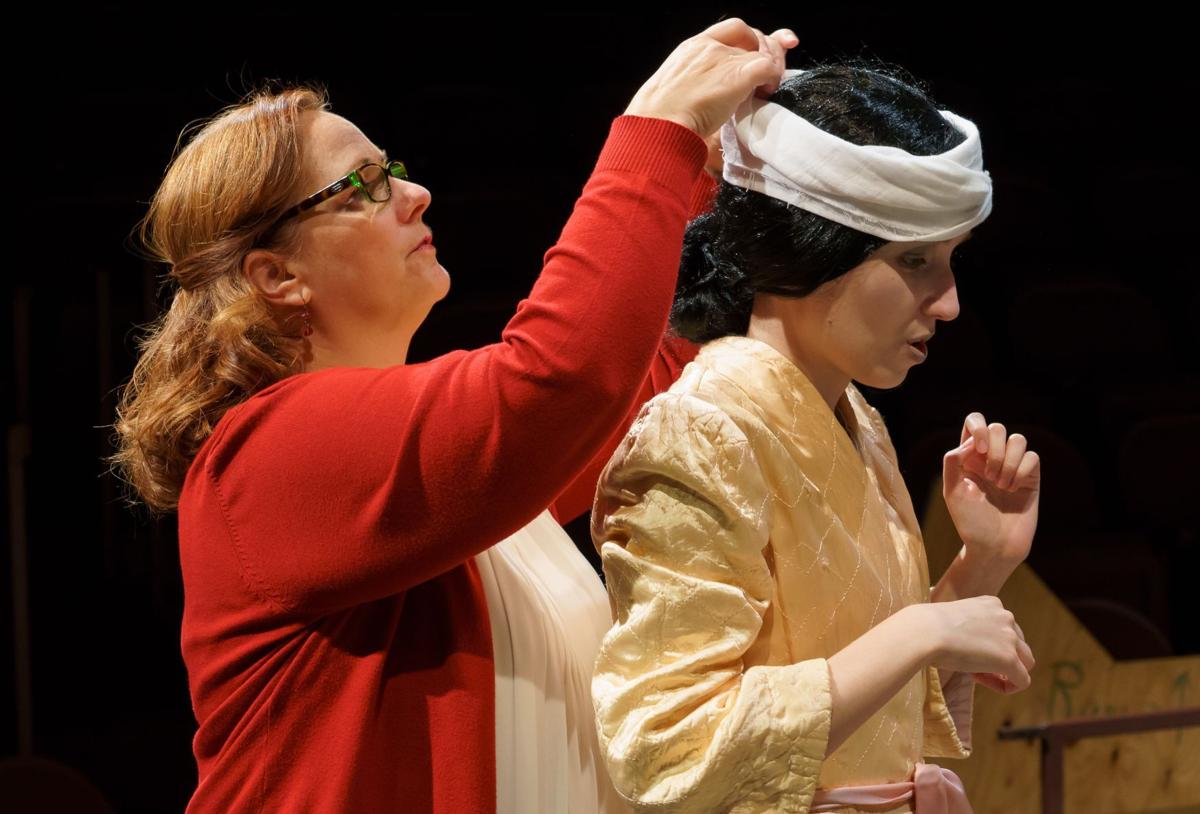 It can be a challenge in the theater to abide by health departments' social distancing recommendations. The actors must be measured and costumed. Later, they will have makeup applied and wigs adjusted. The Racine Theatre Guild's COVID committee has been working on protocols for the safety of cast and crew. 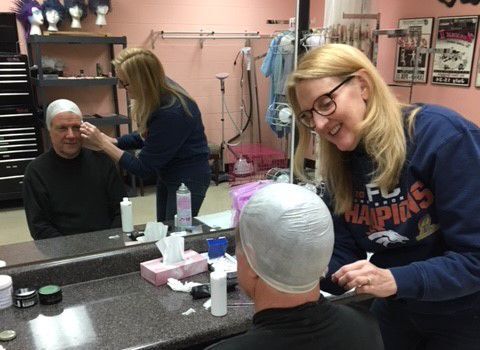 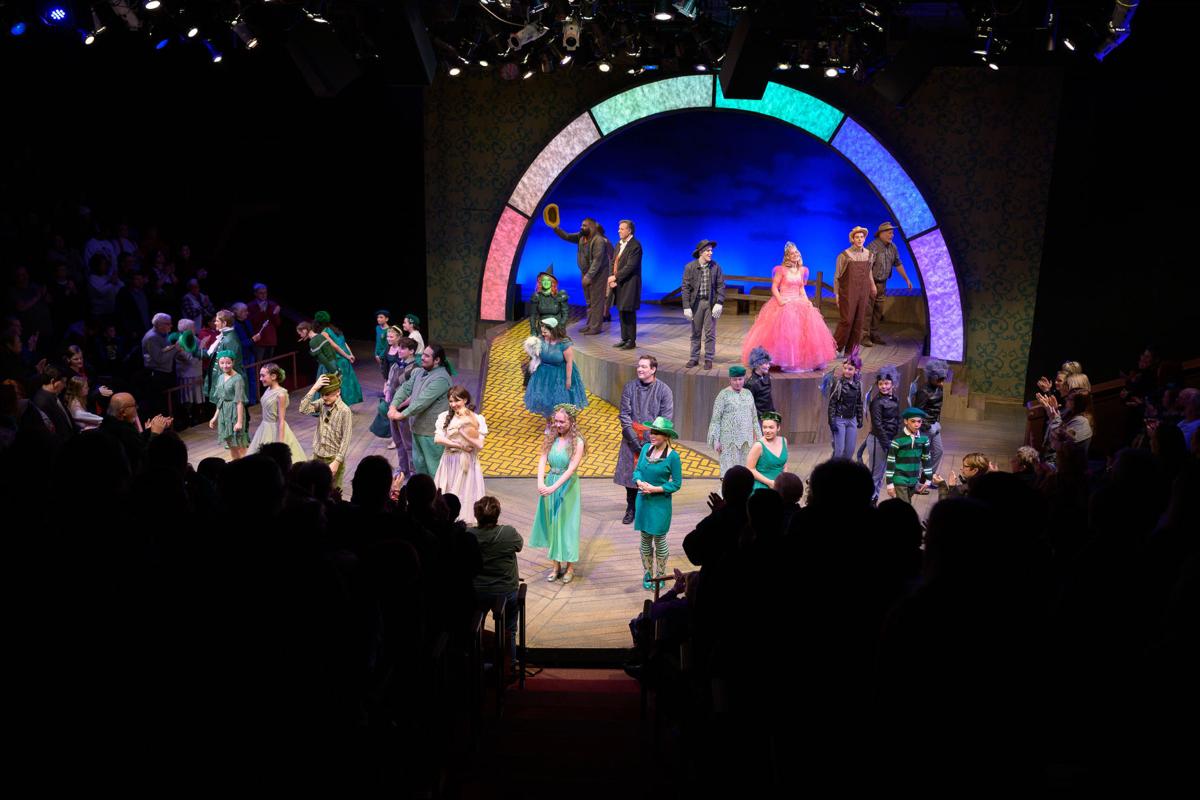 Although the "Wizard of Oz" is a crowd favorite, it would take a large number of actors and crew members to stage the production, so it probably will not make a return to the Racine Theatre Guild until after the pandemic. 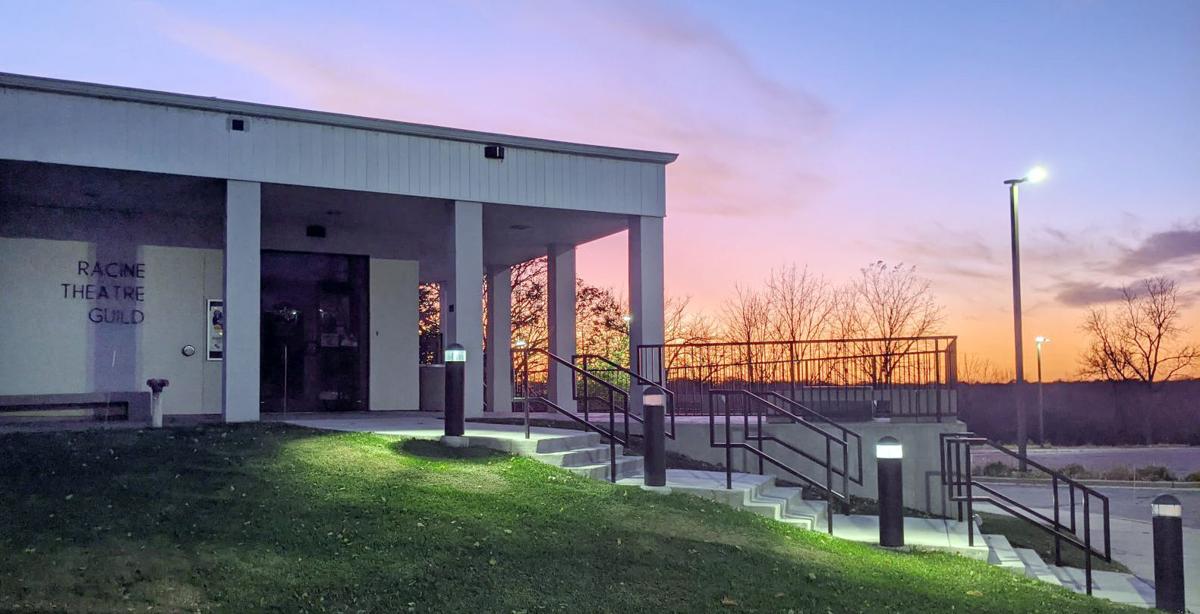 The Racine Theatre Guild, 2519 Northwestern Ave., with a dusk sky in the background.