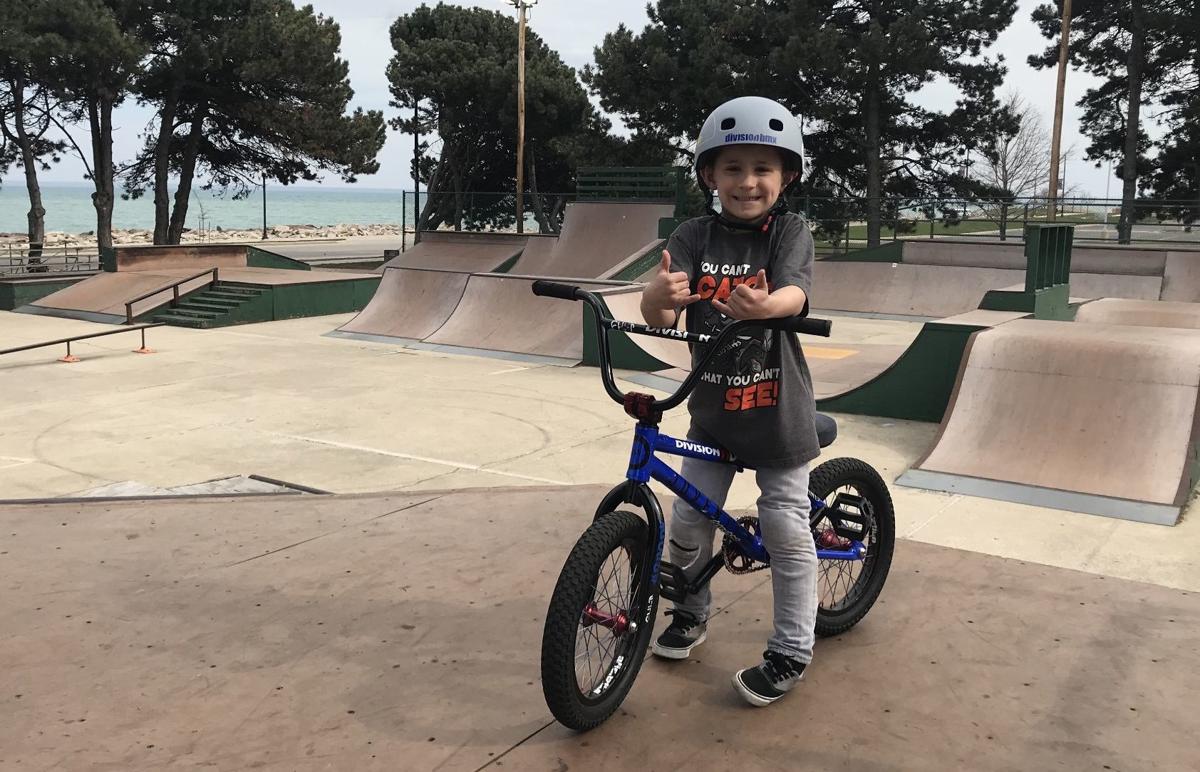 Brody Ervin, who turned 7 in August, poses for a photo at the Pershing Park Skateboard Park. He landed a backflip on his bike last month and his parents have submitted video to the Guinness Book of World Records in the hopes of confirming that he is the youngest person to land a backflip on a bike. 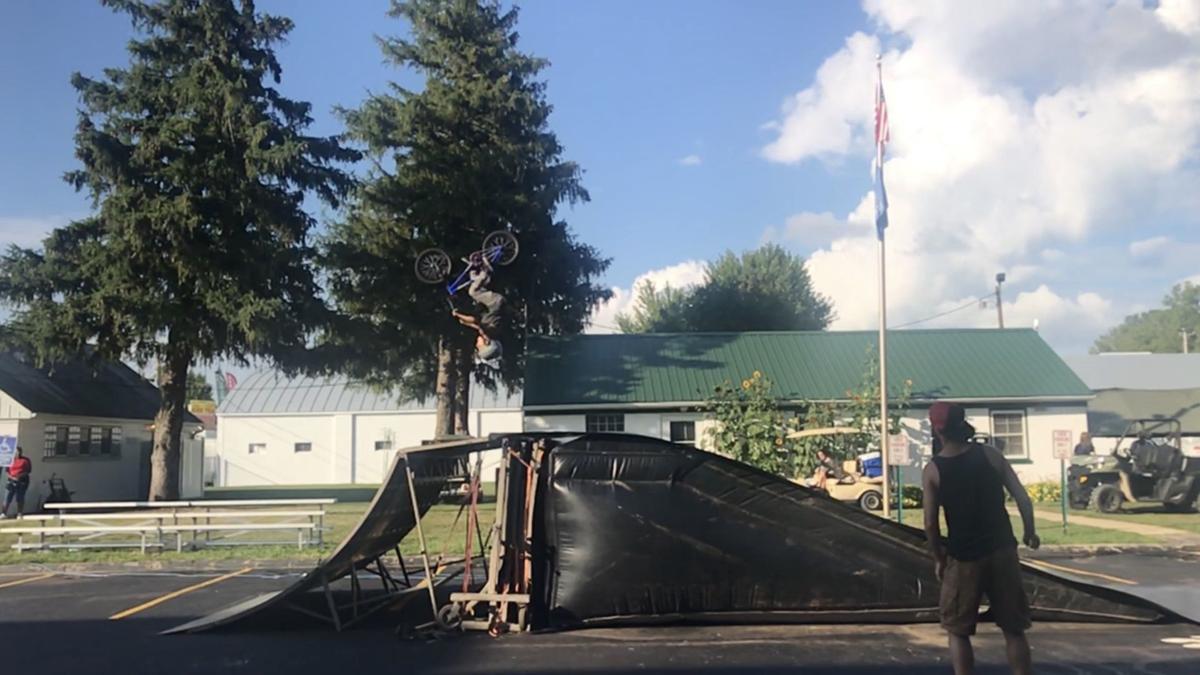 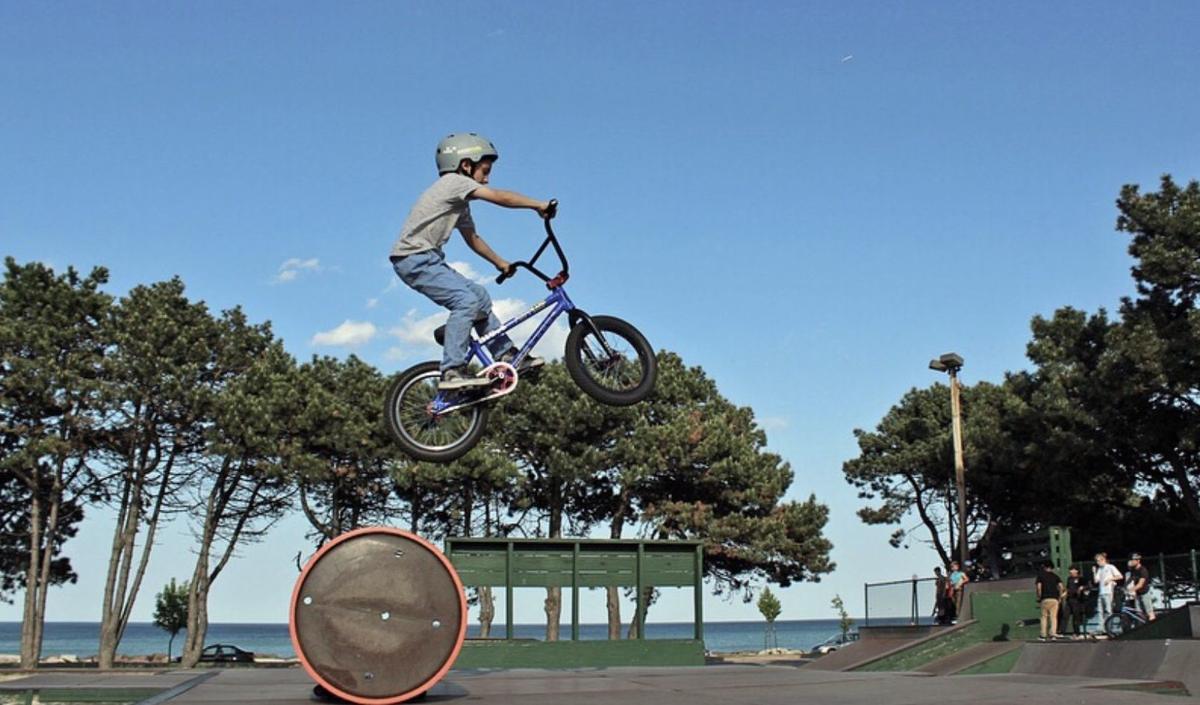 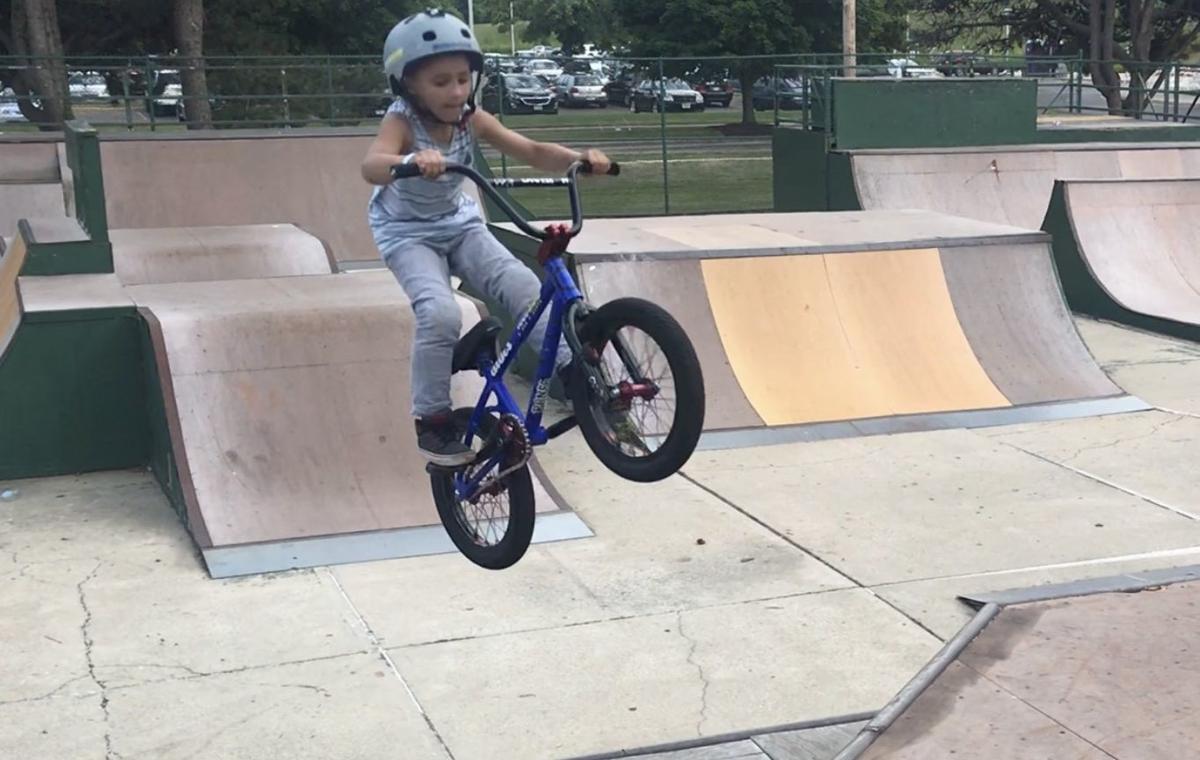 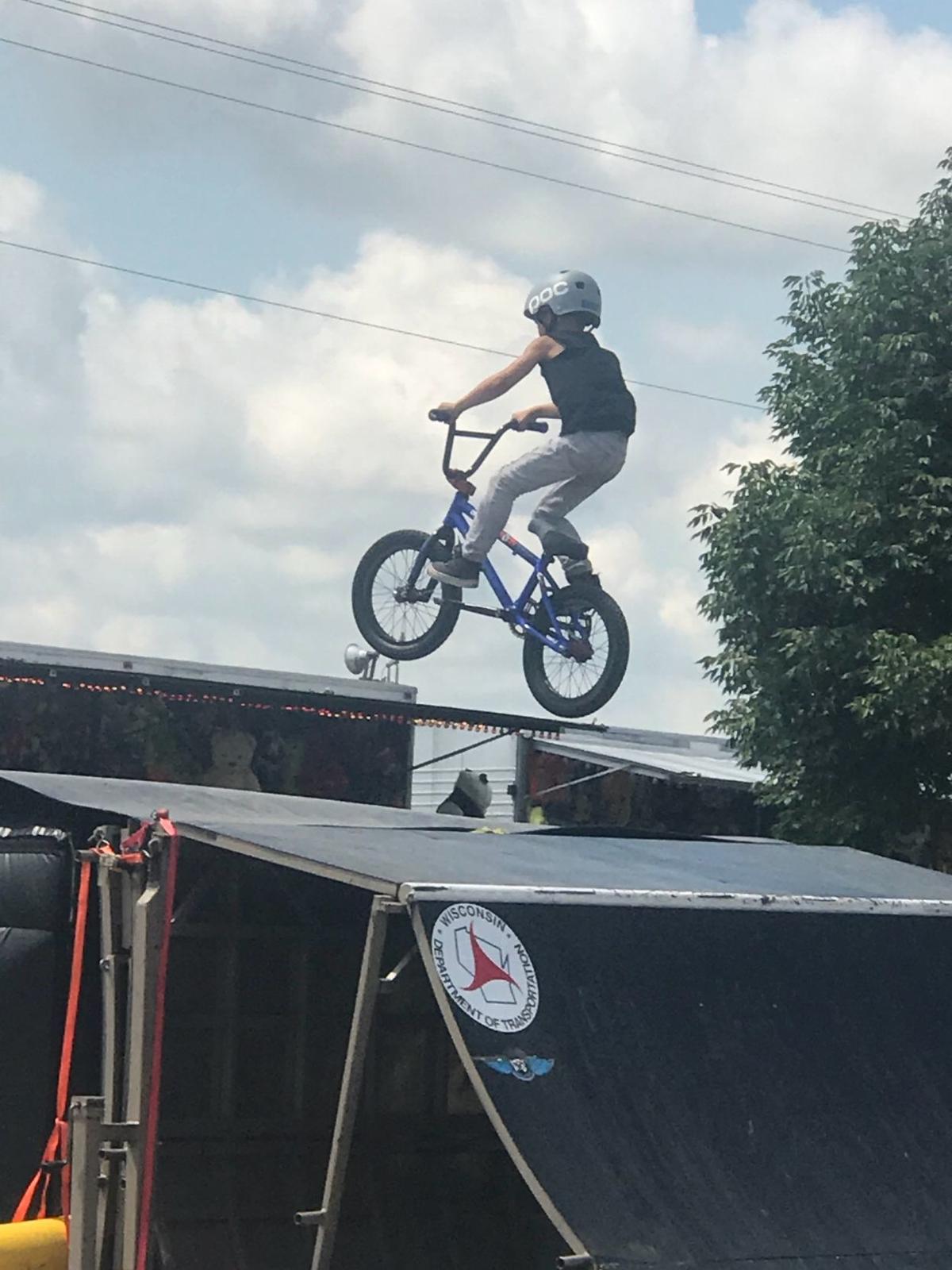 RACINE — At age 1, Brody Ervin started riding a Strider no-pedal bike. By 2, he was able to ride a two-wheel bike with no training wheels.

At age 6, he could do a backflip and he may just be the youngest child ever to complete a backflip on his bike.

It’s an achievement he completed July 30 and his parents are working to get it recognized in the Guinness Book of World Records.

Brody, who turned 7 this month and is going into second grade at Fratt Elementary, 3501 Kinzie Ave., grew up watching his dad, Casey Ervin, do stunts on his bike.

Casey, 28, graduated from Park High School in 2009 and works for Racine County. He started riding when he was about 20.

He said he started by going to Pershing Park Skateboard Park with a friend for fun and he fell in love with it.

He has traveled around the Midwest doing BMX shows; now, his son is able to travel with him. This summer they have done shows in Indiana and Illinois as well as at Summerfest and the Kenosha County Fair.

Father and son also are planning on performing at this year’s Party on the Pavement in Downtown Racine.

As Brody performs his stunts his mom, 26-year-old Amanda Petersen, watches anxiously from the sidelines.

She has had to make multiple visits to the hospital for Casey, who has broken his ankle and collarbone. He also spent two weeks in the hospital after he ruptured his kidney and spleen after crashing doing a stunt in Indiana.

At the same time, she said she knows how much they love the sport: When Brody landed his backflip for the first time, likely breaking a world record, Petersen had tears in her eyes.

Brody had been practicing doing stunts such as the backflip for a while. When he was first practicing, he would flip, then land in a giant pit of foam blocks, which he said was like a giant pillow.

But to vie for the world record, Brody needed to land on his own without the foam pit.

With the pit gone, and the camera set up to record, his muscles remembered what to do and he nailed the landing, his parents said.

His family has since sent that video to Guinness Book of World Records officials and they are waiting for notification.

As long as there is a big enough runway, Brody Ervin said he plans to do a backflip at Party on the Pavement.

He doesn’t have a lot to say about his stunts. He lets his actions speak for themselves.

STURTEVANT — The new skate park at Sturtevant’s East Park was filled with dozens of skateboarders, bicyclists and scooter riders when it opene…

Brody Ervin, who turned 7 in August, poses for a photo at the Pershing Park Skateboard Park. He landed a backflip on his bike last month and his parents have submitted video to the Guinness Book of World Records in the hopes of confirming that he is the youngest person to land a backflip on a bike.