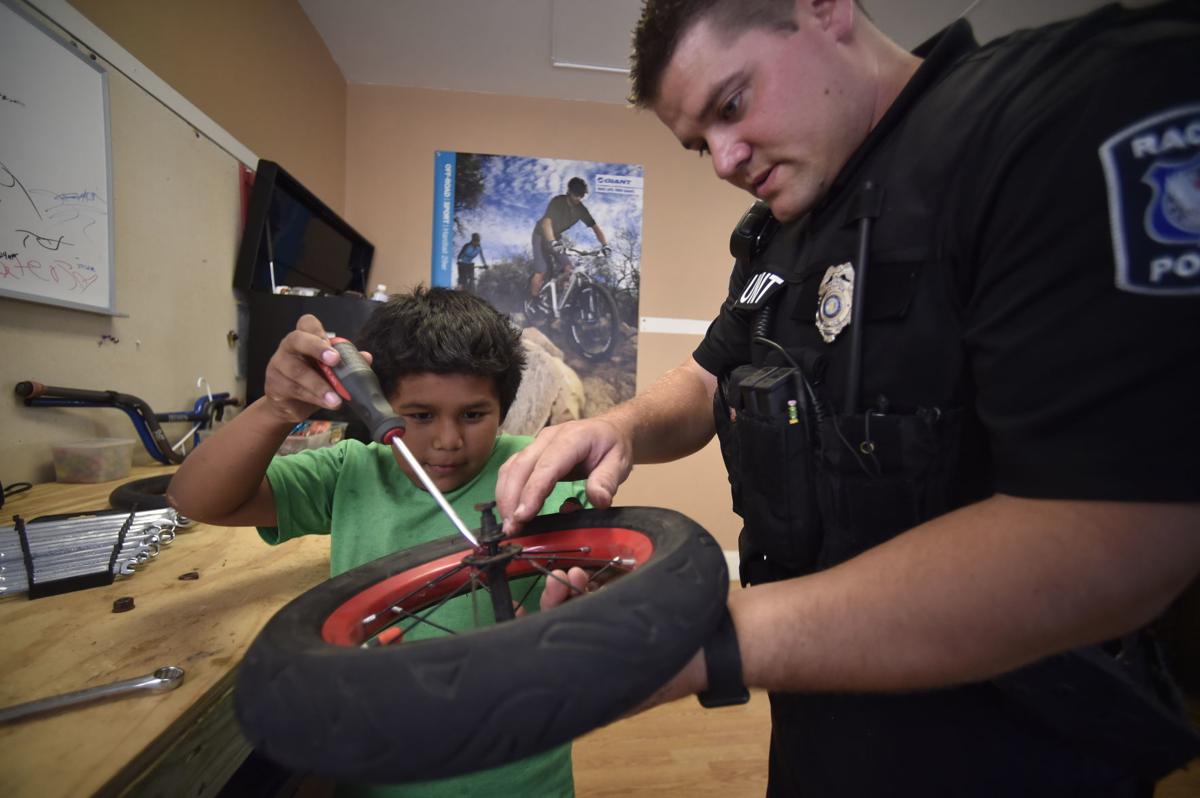 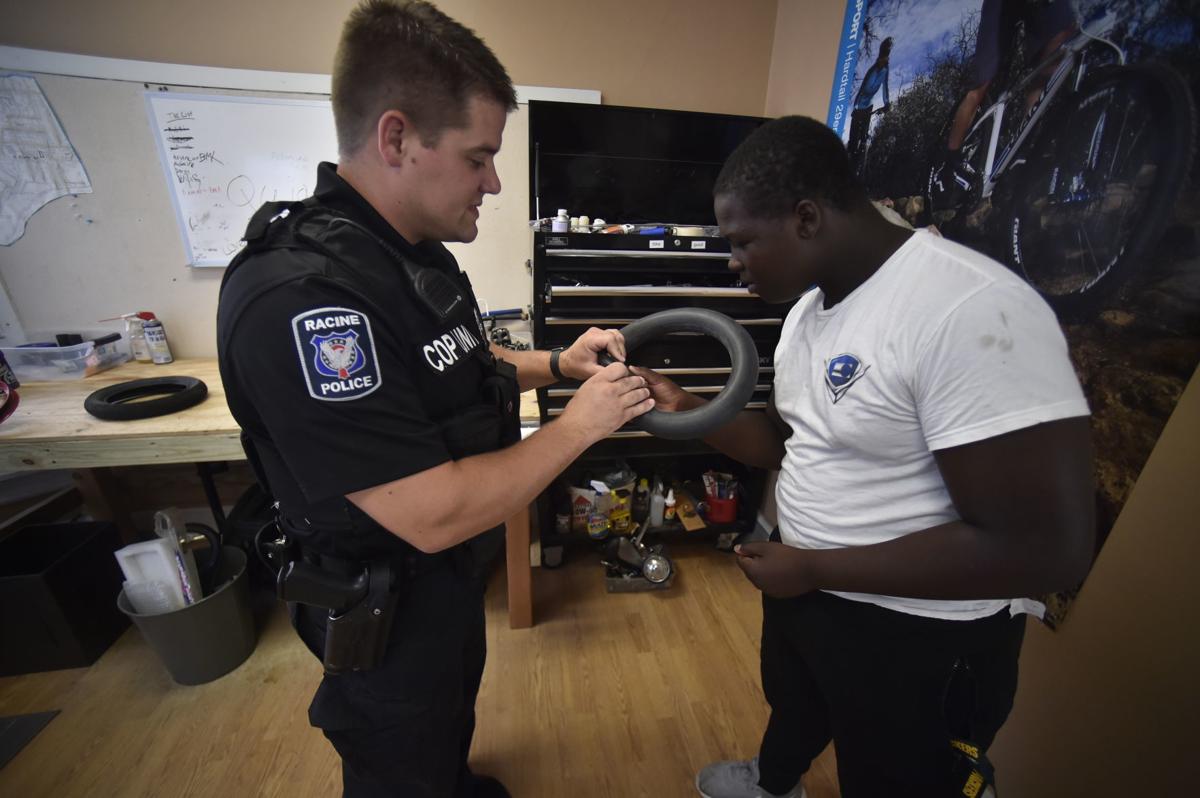 RACINE — One Racine police officer is taking community policing up to the next gear by teaching neighborhood kids how to fix their bikes, and in some cases, finding them one to ride.

“Some officers are good at sports. I’m terrible at sports but I can ride the heck out of a bike,” Cisler said. “I figure if there is a need to be met, let’s do it.”

Cisler has competed in cycling races, worked in bike shops, rode bikes on patrol and even became the bike instructor for other officers at the Racine Police Department. But he also wanted to help the kids near the West Sixth Street COP House, 1522 W. Sixth St.

“There are a lot of kids and they ride bikes everywhere,” Cisler said. “When I was a kid, I covered all sorts of ground with a bike. These kids cover a lot of ground in this neighborhood and get a lot of flats.”

The bikes always need repairs, brakes, chains off the sprocket and hundreds of patches over a summer. Cisler teaches the kids how to fix their own bikes.

“His favorite thing to say is ‘fix it,’ ” said Mitchell Middle School student Kamari Andrews. “Being a bike mechanic is harder than it looks.”

Andrews, 12, had to walk everywhere before he ran into Officer Cisler. Now he takes care of a full-sized purple Iron Man mountain bike as an incentive for positive behavior at the COP house.

Andrews admits he’s seen crime in his neighborhood and stays out of trouble.

“I know who the gang members are. If I see them, I jump on my bike,” Andrews said.

Following a community service project with the kids, Cisler packed up his bike and led a group on a 10-mile bike ride.

Fratt Elementary School student Ismael Morales, 10, now has an 18-inch green BMX bike and smiled when he remembered the trip.

“It was fun. We went fishing and stopped for lunch at a taco place that was really good,” Morales said.

Once a year, his neighborhood kids pick a bike to strip down to the frame and rebuild it.

“It’s a project. They get to paint the frame and pick whatever goes on it. It takes a long time,” Cisler said.

While Cisler won’t say how much he puts into the bike operation personally, he said the community is generous.

“It seems like the need is always filled,” Cisler said.

Local mechanics and other businesses have donated tire patch kits, tools, a bike stand, a locking rolling tool box and even bikes.

“My mom goes to garage sales looking for cheap bikes to donate to the kids,” Cisler said.

The payoff for Cisler is keeping the kids on the straight and narrow.

“It’s about creating young leaders in the neighborhood,” Cisler said. “There’s one boy who we figured out was really good with his hands and fixing things. He’s now got his own tool box and if I’m not around, kids go to him.”

Andrews ended up joining the Police Department’s Explorers, an organization for youth interested in law enforcement careers, to learn about Cisler’s job, with the hope of becoming a police officer himself one day.

“I see what regular police officers do on the street,” Andrews said. “It’s a lot of work.”

Cisler is proud of him, but he’s trying to stay humble.

“He’s very observant. Even if he doesn’t become a police officer, he’ll be a good witness,” Cisler said.

"It's about creating young leaders in the neighborhood. There's one boy who we figured out was really good with his hands and fixing things. He's now got his own tool box and if I'm not around kids go to him."