RACINE — A Racine man, whom more than a dozen women accused of stalking them, threatening them and sending them sexually explicit pictures, spoke passionately about wanting his “life back” — and not wanting to go to jail.

So instead, he’s headed to prison.

William E. Crockett, 45, of the 2200 block of Mount Pleasant Street, was sentenced on Monday to 27 months behind bars — nearly the maximum sentenced allowed.

Prosecutors and investigators said Crockett, who previously worked at two Racine County prisons and as a mall security guard, sent threatening texts to women, including a female Racine police officer and then the female Racine County Sheriff’s Office detective investigating that allegation.

During his sentencing, Crockett said he admitted to “what I did” and was honest with investigators. But he said he didn’t want to go to jail.

“I never stalked anybody. It was a back-and-forth thing. I might have gotten carried away,” said Crockett. “I just want my life back.”

“You strike fear into the hearts of your victims,” Piontek said. “Whatever happens, you’re responsible for. You put yourself in this position.”

He granted credit for about 70 days in jail, where deputies took him immediately after the hearing.

The earliest incidents occurred in August 2012, according to Crockett’s criminal complaint. He worked for the Wisconsin Department of Corrections until 2008, at Racine Correctional Institution in Sturtevant and the Racine Youthful Offender Correctional Facility in Racine, according to investigators. He also had served in the National Guard, investigators have said.

The Racine police officer was one of reportedly 15 to 20 people to receive threatening calls and texts. In these messages, Crockett stated he would break into her house, “rape her, impregnate her, hunt down and kill her,” according to court records.

After that officer identified herself as working for the Racine Police Department, Crockett sent her a picture of himself, taken in front of a mirror, court records show. Crockett later admitted taking pictures of his genitals and sending those photos, according to investigators.

While jailed at the beginning of this case, {/span}Crockett said that he requested protective custody because he once worked in the prisons.

“I’m not a bad person, the way the media might blow it up and put it in the newspaper,” Crockett said. “Your honor, I don’t want to go to jail. I’m not a person to be in jail.”

Sheriff’s Investigator Tracy Hintz said Crockett stalked her after she began investigating the police officer’s allegations. She said she’s investigated homicides and sexual assaults and “not one time have I had to rearrange my life and my son’s life because of a case.”

That is, until Crockett.

“When Mr. Crockett found out I was a law enforcement officer, it seemed to fuel him,” said Hintz, her voice shaking as she stood in the courtroom.

“It’s inconceivable how you can mean no harm when you threaten to rape and kill,” Sommers said. When the women “reject him, he goes nuclear.”

Crockett’s defense attorney, Brett Ekes, recommended a stint of probation and that Crockett be sentenced to the 70 days’ time served.

“He got a little carried away in regard to what was going on with the text messages,” Ekes said, adding the threats didn’t include specific dates on which to carry out the acts. “There was no intention by Mr. Crockett to act on any of these.”

“You strike fear into the hearts of your victims.” 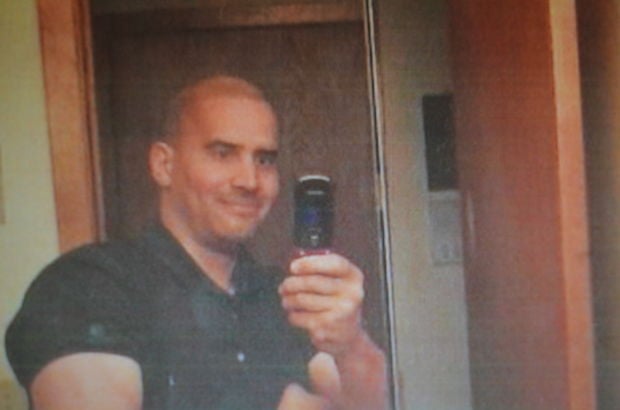 This is a cropped version of a photo William E. Crockett

of Racine allegedly texted to women, including a Racine police officer. Crockett, 45, was sentenced on Monday to 27 months behind bars plus 18 months on extended supervision for charges of stalking and unlawful use of a computer messaging system. 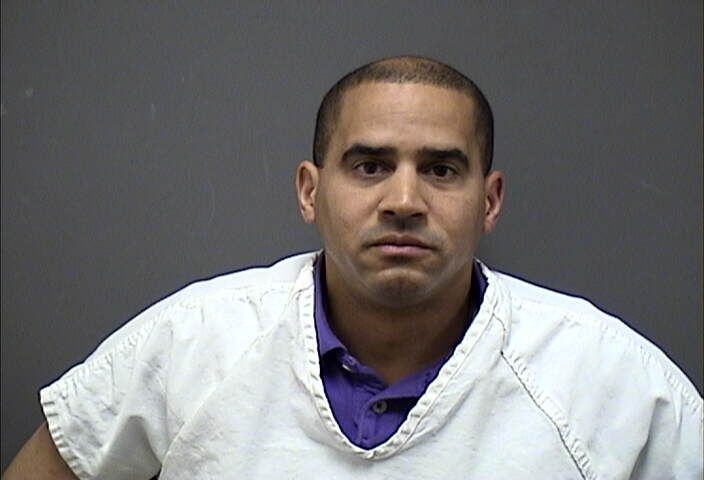