Read through the obituaries published today in The Journal Times. 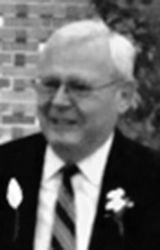 Lee graduated from Port Washington High School ”Class of 1952”. He proudly served in the U.S. Air Force. On February 8, 1958 at Cedarburg, he was united in marriage to Judith F. Seelman and together they raised 8 children. Lee was employed as a Wisconsin State Trooper for 13 years and served with the Wisconsin Air National Guard for 36 years, retiring in 1994. Lee was a member of St. Paul the Apostle Catholic Church, and a thirty-year member of St. Sebastian’s Catholic Church. Lee and Judy were foster parents for many years. He enjoyed fishing, running, but most of all time spent with his family. He was a devoted husband, father, grandfather and great grandfather who will be dearly missed.

Funeral services will be held at the funeral home, Saturday, January 18, 2020 at 3:30 p.m. with Deacon Eric Sewell officiating. Relatives and friends may meet prior to the service from 2:00 p.m. until 3:30 p.m. Private interment will be held at Southern Wisconsin Veterans Memorial Cemetery. 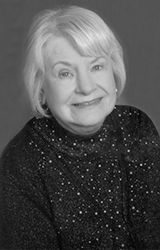 She was born in Chicago on October 4, 1933, the daughter of the late Frank and Alvina (nee: Petta) Gorny. On May 14, 1988, Arlene was united in marriage to Russell Marcotte. She worked as a computer operator at Color Arts for many years. Arlene was an active member of St. Paul the Apostle Catholic Church. She loved shopping on QVC.

Arlene is preceded in death by her first husband, Raymond Panka on November 5, 1985, second husband, Russell on May 1, 2011, brother, Jerome Gorny and brother-in-law, Robert Mikolojczyk.

Mass of Christian Burial will be held at St. Paul the Apostle Catholic Church, 6400 Spring St, on Monday, January 13, 2020 at 12 noon. Visitation will be from 10 a.m. until time of Mass. She will be laid to rest at West Lawn Memorial Park.

Online condolences can be expressed at www.sturinofuneralhome.com 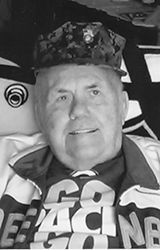 Richard “Dick” C. Joyce, 89, of Burlington, passed away Sunday, January 5, 2020 at home after a short journey with Aurora Hospice Care. Dick will be dearly missed by all who had the pleasure of knowing him.

Dick was born in Huron, Wisconsin on December 17, 1930 to James and Helen (nee: Hoehn) Joyce. He joined the Marines and served from 1951 until 1953 during the Korean War. On August 19, 1967 he was united in marriage to Alice C. Kiekenbush and was a lifelong resident of Burlington.

Dick worked as an over-the-road truck driver for Quality Carriers from October 1954 until his retirement in December 1991. He was a member of St. Mary Parish and served on the cemetery staff for 5 years, a member of VFW Post 0079 for 36 years and a member of Teamsters Local 43 for 37 years.

After retirement, Dick and Alice enjoyed many trips in their motor home, spending several winters in Arizona and Nevada. They also took numerous trips to Northern Wisconsin to check the fall colors, especially in the St. Germaine area. Being a member of the Retread Motorcycle Club, many trips were enjoyed on their fully-dressed Harley Davidson.

The family would like to thank Aurora at Home, especially Amy, Janice and Sherri, Aurora Hospice Care and Father Jim Volkert for their care and concern during this time.

A Mass for Dick will be held Friday, January 17, 2020 at 11:30 A.M. at St. Mary Catholic Church with The Very Reverend Jim Volkert officiating. Relatives and friends may visit with the family on Thursday, January 16 from 4 until 7 P.M. at Schuette-Daniels Funeral Home and again on Friday, January 17 from 10 until 11 A.M. at the funeral home. Burial will follow mass on Friday at St. Mary Cemetery.

A Celebration of Life Service will be held on Saturday, February 1st at Infusino’s on Rapids Drive. 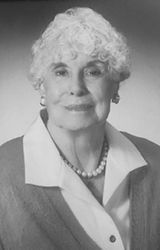 She graduated Denver East High School and attended Denver University where she was a member of Delta Phi Epsilon Sorority.

Leone was a member of Beth Israel Sinai Congregation and served as president of the Sisterhood of Temple. She was also a volunteer at the Racine Theater Guild, as well as other community organizations. Leone was a talented and creative person who enjoyed sewing, needlework, knitting, reading and tennis.

She is further preceded in death by her dear son Marc Kaufman; sister-in-law Jean Diner; and in-laws Dr. Eugene and Elaine Kaufman.

In accordance with her wishes, a private family service was held on January 6, 2020.

Memorial contributions may be made in Leone’s memory to Beth Israel Sinai Congregation, 3009 Washington Avenue, Racine, WI 53405 or to the organization of the donor’s choice. 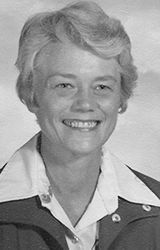 Julia was born January 22, 1925, in Waukesha County to Laura and Eldred Lee. She attended public schools in Milwaukee and obtained her Bachelor of Arts degree from the University of Wisconsin-Madison. Julia worked as the librarian at Jerstad-Agerholm Junior High School for 19 years, retiring in 1984 to motor around the country with her husband, Robert (Bob). She was an avid golfer, playing in women’s league many years. Julia also enjoyed bridge, crossword puzzles, having coffee with her friend, Rita Buchholz, every afternoon, and giving treats to her dog, Max. Julia was preceded in death by her husband, Bob, in 2007 and her grandson, Robert Olson, in 2018.

There will be no traditional funeral service, but there will be a celebration of her life with family and friends at a later date. In lieu of memorial flowers, a donation to the Wisconsin Humane Society-Racine Campus at 2706 Chicory Road, Racine, WI 53403 is suggested.

The family would like to extend a special thank you to the staff at the Shorelight Memory Care Facility. 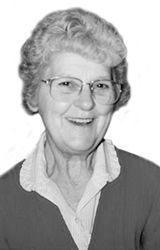 Pat’s family would like to extend a very special heartfelt thank you to her three special caregivers and dear friends; Courtney Bequeaith, Amy Kierstyn and Richard Gerber.

In keeping with Pat’s wishes, private services have been held. 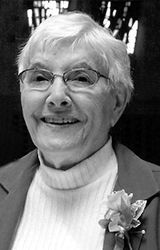 Visitation will be in the Siena Center Chapel on Monday, January 13 beginning at 9:00 a.m. with a Remembering Service at 9:30 a.m. followed by a Mass of Christian Burial at 10:30 a.m. Interment will take place at Holy Cross Cemetery on Hwy 32. Memorials to the Racine Dominican Mission Fund have been suggested. 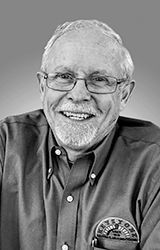 Dave was a graduate of Washington Park High School “Class of 1971”. He started working at Keystone Heating & AC Co. Inc. just after high school and became co-owner of the business with his family in 1995. Dave loved golfing with his longtime friends and at family outings. He was also an avid Packer and Cubs Fan who enjoyed collecting music albums and traveling.

A celebration of Dave's life will be held at Preservation Hall, 740 Lake Avenue on Friday, January 24, 2020. A gathering of family and friends will be held from 5-7 p.m. with a time of sharing memories to follow at 7 p.m. In lieu of flowers, memorials to Harm Reduction International, Autistic Self Advocacy Network, National Center for Transgender Equality or NAMI have been suggested. 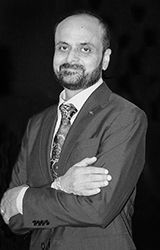 RACINE – Mukesh “Mike” Kumar Sharma, age 49, passed away on January 1, 2020. He was born in Samana, India on February 4, 1970. As an enthusiastic entrepreneur, Mike was quite the salesman. He was Hindu by faith and attended Sikh Temple of Wisconsin. Among his interests, Mike enjoyed watching cricket, playing tennis and was an amazing cook. He is preceded in death by his father, Raj Kumar. Surviving are his wife, Juliette Singh; mother, Kaushalya Devi; brothers, Jiwan and Sanjeev Kumar; sisters, Swaran Kanta and Neelam. He will be dearly missed by his father- in-law, Pritam Singh; sisters- in- law, Surinder (Moh), Cecile, Sarah (Greg), and Melissa (John); best friends, Sunny, Prince, Chamkur, Vicky, Kamal, Amar; and many nephews, nieces & friends worldwide. 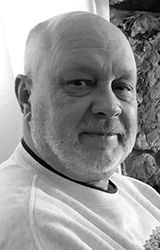 RACINE – James H. Reynolds, age 70, of Gresham, passed away on Thursday, January 2, 2020. Jim was born on June 12, 1949 in Racine. He graduated from Washington Park High School in Racine. Jim proudly served his country in the United States Army Reserve. On May 23, 1970, Jim was united in marriage to Kathryn Skowronski in Racine. He worked for In-Sink-Erator in Racine until his retirement. Upon retirement Jim and Kathy moved to Gresham.

Jim is survived by: his wife of 49 years, Kathy; his goddaughters, Michelle Mayfield and Cindy Parris; his step-father Ray Steger; and his siblings, Carol (Dick) Deverney, Joni Mayfield, Jacque (Mahammod) Majeed, and Steve (Lyn) Steger all of Racine; and Kathy's sisters, Jane (Steve) Peterson and Sally (Mike) Johnson. He is further survived by nieces, nephews, other relatives and friends.

He was preceded in death by his parents James Reynolds and Sally Steger, brother-in-law, Clarence Mayfield, and nephew Danny Mayfield.

A celebration of life will be held at a later date. 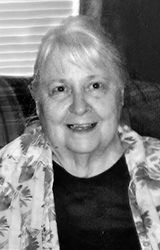 She was united in marriage to John H. Swanton. They shared 61 years together before John preceded her in death on October 20, 2012. She and her husband raised three children and owned and operated a Meineke Muffler Shop. In her spare time, Janet enjoyed music and traveling the world with her family. Above all, she will be best remembered for her great love and devotion to her family.

Private family services will be held. 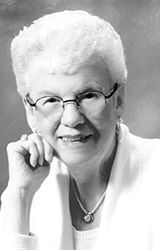 RACINE – Sandra Lee Koleske, age 86, passed away Sunday, January 5, 2020 at St. Monica's Memory Care. She was born in Racine, September 2, 1933, daughter of the late Charles and Selma (nee: Flatten) Johnson and was a lifelong resident.

Sandra graduated from Wm. Horlick High School “Class of 1951.” On December 1, 1962 she was united in marriage to Mark E. Koleske who passed away September 20, 2010. Sandra was employed by the Junior League of Racine for 15 years. She was a member of First United Methodist Church. She loved her family, her outside cats, shopping, and dining out. Sandra loved baking and entertaining family during the holidays. She was a devoted wife, sister, mother, and grandmother who will be dearly missed.

The family wishes to extend a special thank you to the staff at St. Monica's and Hospice Alliance for their loving and compassionate care. 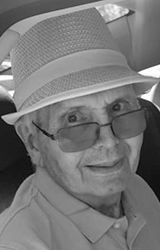 A Memorial Mass, celebrating his life, will be offered at St. Paul the Apostle Catholic Church, 6400 Spring Street, on Tuesday, January 14th, at 5:00 p.m. with Rev. Bill Dietzler officiating. Full Military Honors will follow the Mass. Family and friends can meet with the family, at the church, on that Tuesday, from 4:00 p.m. until the time of the Mass. Private burial will take place at the Southern Wisconsin Veterans Memorial Cemetery. In lieu of flowers, memorials have been suggested to the Alzheimer’s Association, the Racine Humane Society, or simply do a kind deed for someone else in Bill’s memory. 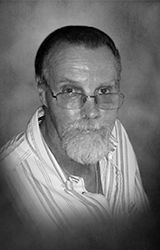 Anthony was born in Wisconsin to Anthony and Betty (nee; Gleason) Judicki on January 21, 1945. He worked in factories throughout his working years and doing auto repair. In his free time, he enjoyed doing different arts and crafts projects and building models.

Super Sunday -- Test yourself with our Big Game Trivia Quiz!

Get exclusive local and national political news in your inbox.