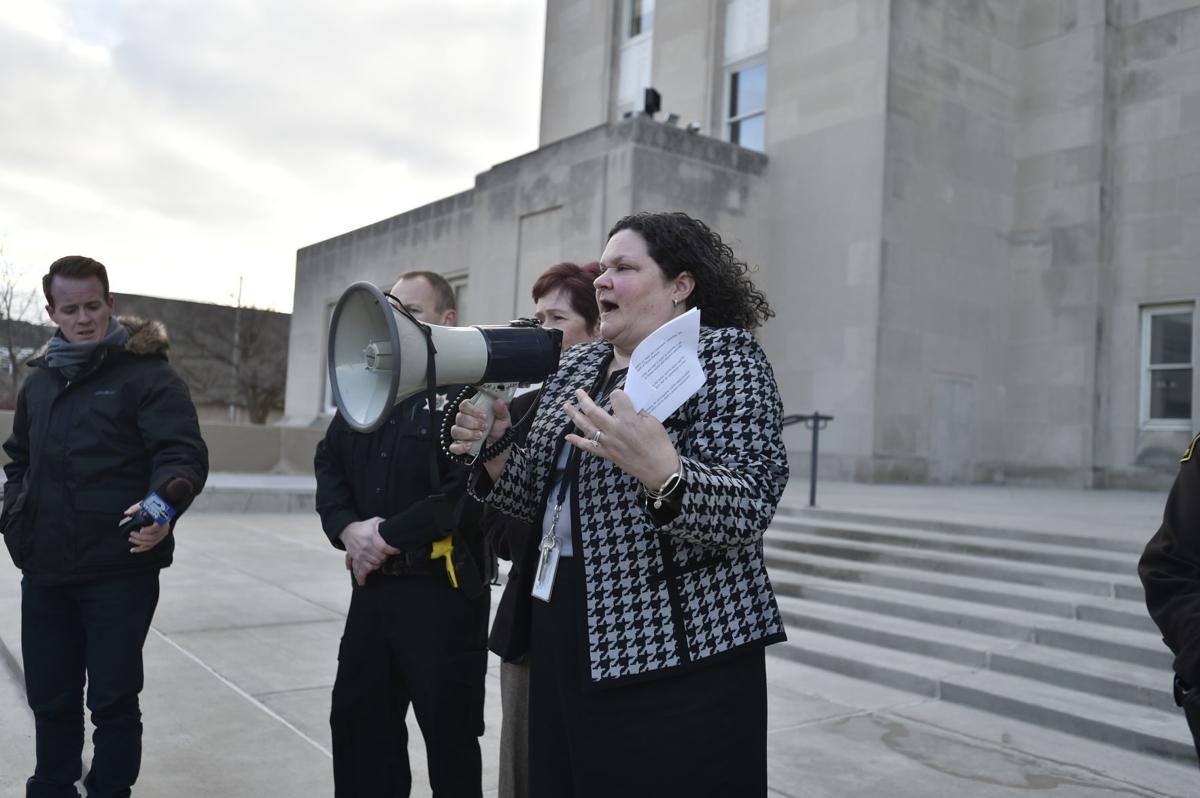 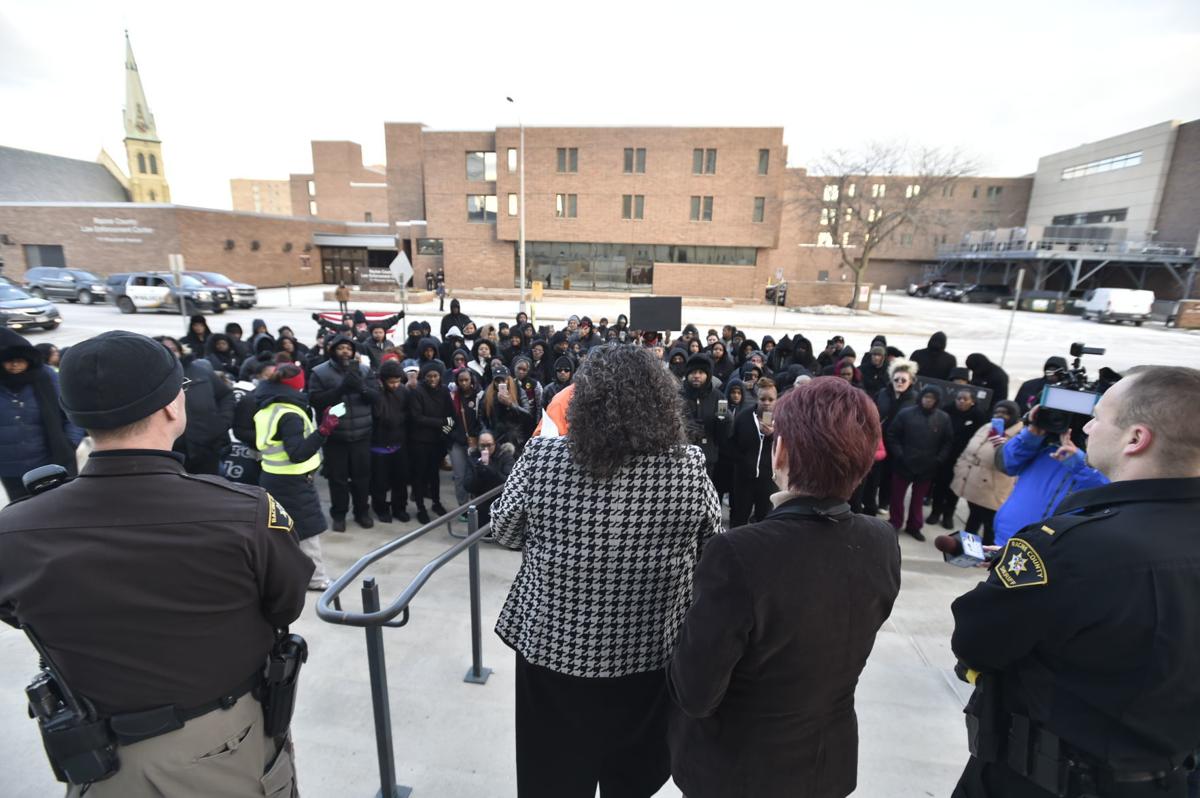 RACINE — Racine County District Attorney Tricia Hanson addressed a group of protesters gathered outside the courthouse on Monday, weighing in publicly for the first time since the Jan. 17 shooting of Donte D. Shannon.

The protesters called for “Justice for Donte,” in reference to Shannon, who was killed by Racine police officers after allegedly fleeing a traffic stop and brandishing a handgun.

The investigation into the events of the shooting is being conducted by the Wisconsin Department of Justice. Once the investigation is complete, Hanson will decide if charges against the officers involved are merited, according to a DOJ spokesman.

Hanson, who spoke outside the Racine County Courthouse, 730 Wisconsin Ave., said that when the report is finished, she will need time to review it and then will sit down with the family.

“They get to be first in this process,” she said.

“The entire investigation will be published after I have an opportunity to meet with the family,” Hanson said. “I will make every effort to achieve total transparency with the community. I understand you have questions, and those questions need to be answered. I just can’t answer them now.”

Hanson said the initial DOJ estimate was that she will have the report in about 30 days.

“There are some things that might need to go to the crime lab for analysis,” Hanson said. “I have to wait for (the results).”

Although she could not make any statements about the events that led to Donte’s death, Hanson told the crowd she has pushed the DOJ for answers.

“They understand, and I have made it clear to them, that this community needs answers, and they need them as quickly as possible,” Hanson said.

Nakia Shannon, Donte’s father, told Hanson that the family has not gotten an autopsy report yet and asked when they will be able to see it.

The police officers involved, Chad Stillman and Peter Boeck, have been put on paid leave. The incident occurred on the 1400 block of Park Avenue.

"I will make every effort to achieve total transparency with the community. I understand you have questions and those questions need to be answered. I just can’t answer them now.”

RACINE — One month to the day since Donte D. Shannon was shot by Racine police after allegedly brandishing a gun, the Wisconsin Department of …