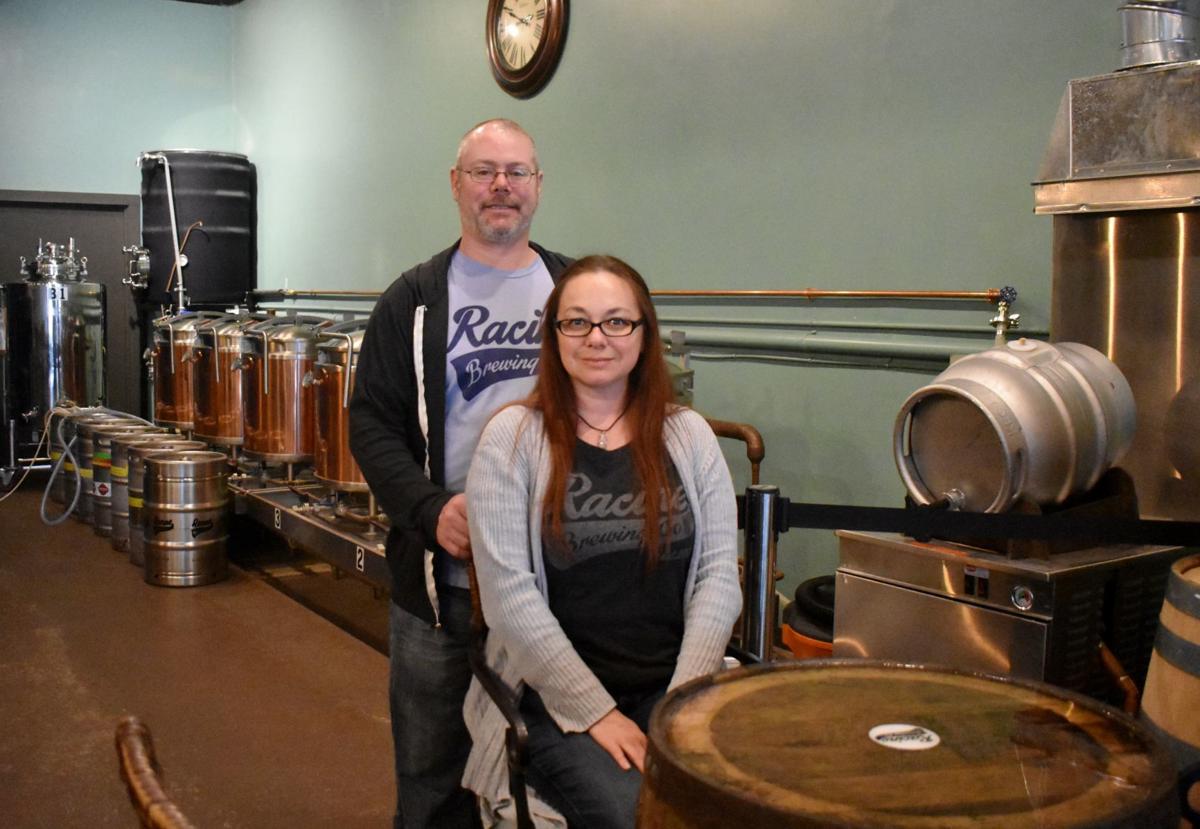 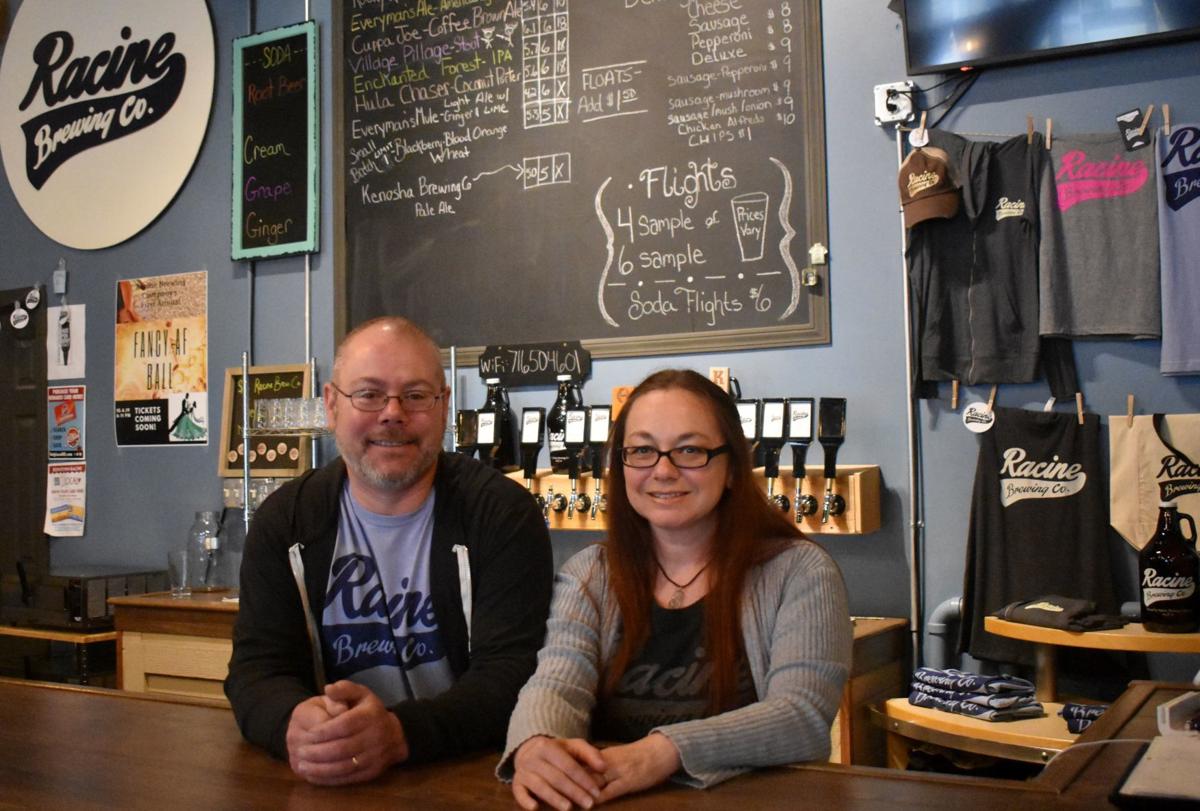 RACINE — Racine Brewing Co. will increase its wholesaling business much sooner than owners Andy and Angie Molina ever expected, pending the awarding of a requested $34,800 loan from the city.

The Molinas opened their microbrewery at 303 Main St. on March 3, 2018. Their success in a little more than a year has allowed both of them to join the business full time, and now to start taking steps to expand their beer wholesaling.

“We have just gotten a really wonderful response and support from the community,” Angie said Thursday. “The growth rate just seems to keep going and going … it’s been a crazy, wild ride.”

Their first expansion project, she said, was to order a new brewing system that is being custom-made. Also, they’re adding another fermenter as well as a canning machine — the latter to be able to sell four- and six-packs to go. The new equipment should be installed by August; that will allow them to start wholesaling their products about three months after the new system goes into use, the couple said.

The new brewing system will be more efficient than their existing one and increase the volume of beer they can produce by about 40 percent, the Molinas estimate.

In order to get into selling wholesale as they want to, the couple plan to buy three vehicles: a reliable, professional-looking sales vehicle; a delivery vehicle such as a transit van; and a vending trailer. The latter will be an insulated mobile tap trailer that they can tow to an event and serve from, Angie explained.

“It will be absolutely wonderful when we do anything out and about,” she said.

In order to help fund the equipment and vehicle purchases, the Molinas, who were recently approved for an additional loan from Wisconsin Women’s Business Initiative Corp., applied for a $34,800 loan from the city’s Small Business Development Revolving Loan Fund. It would be a 10-year, 2 percent interest loan with the principal deferred for 12 months.

The new financing would help create one additional full-time-equivalent job; Angie said they plan to add at least two more “beer tenders” and another brewer’s assistant to their current staff of three people.

The Molinas do already sell some of their beer through outlets other than their own including Johnson Park Golf Course, Kenosha Brewing Co., Racine County Club and Toad Hall (their Lick the Frog brew is only sold there). But they would like to add about five more steady locations.

As they have been doing, the beer will be delivered in kegs ranging from a one-sixth to half-barrels. Currently, Andy hoists into their Ford Expedition to make deliveries.

“When production and sales get high enough,” Angie said, “we will use a distributor.”

“We have just gotten a really wonderful response and support from the community.” Angie Molina, Racine Brewing Co. co-owner

“We have just gotten a really wonderful response and support from the community."

SOMERS — Improvements at Petrifying Springs Park, including a new ball diamond and public restrooms, are under construction with the help of r…

WATERFORD — Downtown Waterford is set to be the site of a beer garden this summer, with live music, food and craft beer from Racine Brewing Co…