MOUNT PLEASANT — When Craig Olsen, the bargaining committeeman for of UAW (United Auto Workers) Region 5 started working at what is now known as Case/CNH Industrial in 1978, the plant had an estimated 3,000 hourly employees.

Growing up, many employees of CNH, unionized under UAW Local 180, looked at the manufacturer as a place they could have a comfortable living and retire from, much like their parents did. Many current employees are in their family’s second or third generation with the company.

But now, following CNH being taken over in 2013 by Fiat Group, the Italian car manufacturing giant, those dreams might not be in sight anymore.

“I have given a third of my life to this place,” Yasin Mahdi, president of the UAW Local 180 union, said. “I’ve been here 13 years. Initially, when I got hired here, I saw myself retiring from here. My grandmother retired from here, I have a lot of relatives that retired from here. It appears that the powers that be at CNH now don’t want to make a career now, but more of a stopping place until you find something better.”

Now, the plant employs closer to 675 people; the highest number of employees at the local CNH (Case-New Holland) factory since 1996 was 1,050, which occurred in 1999, Olsen said.

The parent company at the top of the Fiat/CNH corporate food chain is now known as Stellantis. Among Stellantis’s biggest brands are Chrysler, Dodge, Fiat, Jeep and Maserati. At the Mount Pleasant CNH plant, tractors primarily are produced.

The Case/CNH industrial strike enters its third week on Monday. It involves more than 1,000 employees combined between the Racine area and eastern Iowa.

Both sides see no end to the strike, which could last months. Neither side has explicitly said where negotiations fell apart, other than strikers saying they no longer are making family-supporting wages.

UPDATE: CNH to cancel striking workers' health insurance; union says it is covering for its members

Democratic U.S. Senate candidate Tom Nelson and others were aghast upon learning CNH was cutting health care for strikers, a rare union-busting move. Nelson said, if he’s elected, he would pen and propose a federal law that would ban it.

Nelson, who is currently Outagamie County’s executive and is seeking to unseat incumbent Republican Ron Johnson, sat down with members of UAW in Mount Pleasant on Friday to discuss show his solidarity with them and all unions, and to ensure he has their votes for the Aug. 9 primary election and Nov. 8 general election.

WITH VIDEO | The City of Racine's two biggest unions are mad at City Hall. Police officers and firefighters are still operating under contracts that were due to expire 15 months ago. The state is partially to blame for delays.

Mahdi, who is in the second year of a three-year presidential term at Local 180, alleged that CNH doesn’t want workers to see the job as a career due to the cost of keeping long-term employees. But Mahdi believes that the quality of the products being made and sold and purchased by the customers starts with the employees and that they should be treated as such if companies like CNH hope to have good returns for its customers, especially newer customers.

Mahdi said that companies like Fiat should not be able to do what they are doing after union negotiations fell apart.

In January 2021, the Associated Press reported “Fiat Chrysler Automobiles US has agreed to plead guilty and pay a $30 million fine for a corruption scandal at the union that represents its factory workers … Company representatives gave more than $3.5 million in cash and other things of value to senior officials at the United Auto Workers, federal prosecutors in Detroit said as they charged FCA with conspiracy from 2009 to 2016.”

Joe Lazaris and Tim Jacobson, the chaplain and chief steward for Oshkosh’s UAW 578, respectively, also attended the roundtable Friday and discussed the solidarity they share with their union brothers and sisters.

UAW 578 is at odds with Oshkosh Corp. (a.k.a. Oshkosh Defense) after the company won a multibillion-dollar contract to build new vehicles for the U.S. Postal Service, and then the corporation decided to instead of using its union workers in Wisconsin to do the work, instead is establishing a new non-union facility in South Carolina.

Supporters of labor organizers, Nelson among them, have lambasted Oshkosh Corp.’s decision, repeatedly saying that the contract was won “on the backs” of unions, only for the rewards of the work to be paid out to non-union workers.

Raised just outside of Mchenry, Illinois, Alex is a business reporter and a photographer for The Journal Times. He considers himself a Clark Kent and Jimmy Olsen all-in-one. Alex is a graduate of SIUC in Carbondale, Illinois. Twitter:@arodatjt

Two teens associated with the Dirty P gang, already facing charges for a February attempted shooting, have been charged with murdering a 14-year-old.

The teenager was given a $10,000 cash bond in Racine County Circuit Court on Tuesday.

A Racine man faces charges after allegedly causing a head-on collision that sent four people to the hospital. 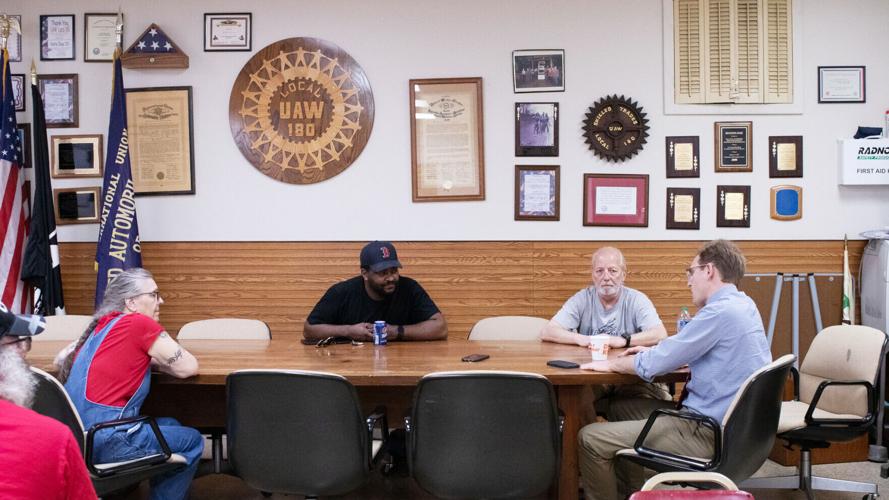 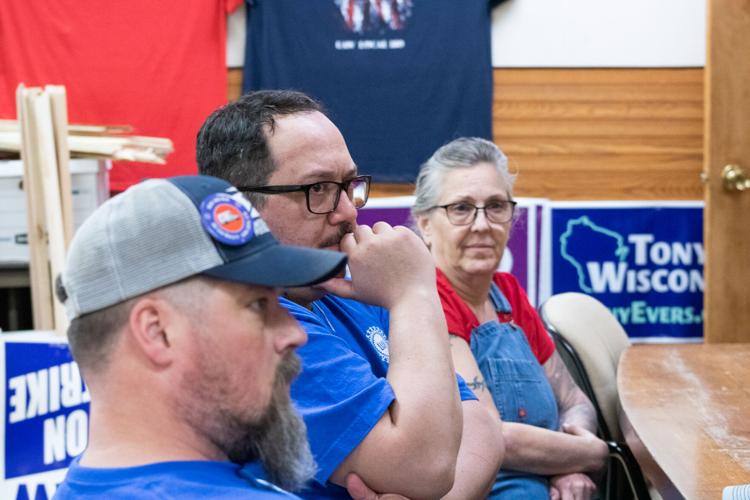 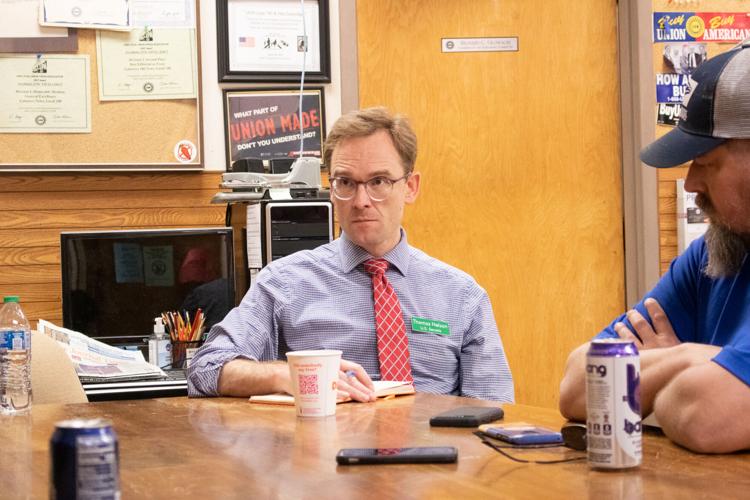