Drive-thru community testing for the coronavirus will be greatly expanded in southeastern Wisconsin in the coming weeks as the numbers of confirmed COVID-19 cases across the state continue to skyrocket.

For five days a week, through the next seven weeks — albeit with a couple of exceptions — the National Guard will be performing COVID-19 testing at rotating locations in Racine and Kenosha counties.

Anyone age 5 or older who is a Wisconsin resident can be tested for free. Minors must be accompanied by a parent and/or guardian to be tested.

On Mondays through Dec. 7,

On Tuesdays and Wednesdays through Dec. 9,

On Fridays through Dec. 4,

It was the 12th time since Sept. 4 that such a record has been set in Wisconsin, a trend that has not been seen since the first days of the pandemic. It’s another sign that, right now across the state, Wisconsinites haven’t done a great job of flattening the curve, according to health experts.

Although the numbers of tests being performed have risen slightly, the percentage of tests coming back positive has been rising quickly.

In July and August, the state’s 7-day percent positive by person average hung around 7% and 8%.

Racine County has contributed to that rise, according to numbers from the Department of Health Services, although some of the new positive tests may be dated reporting numbers as DHS updates its website. From the first full week of August through the final full week of September, the county’s weekly positive percentage was not above 8%. The past three weeks reported, however, have had weekly positive testing percentages of 13.77%, 6.83% and 9.29%. 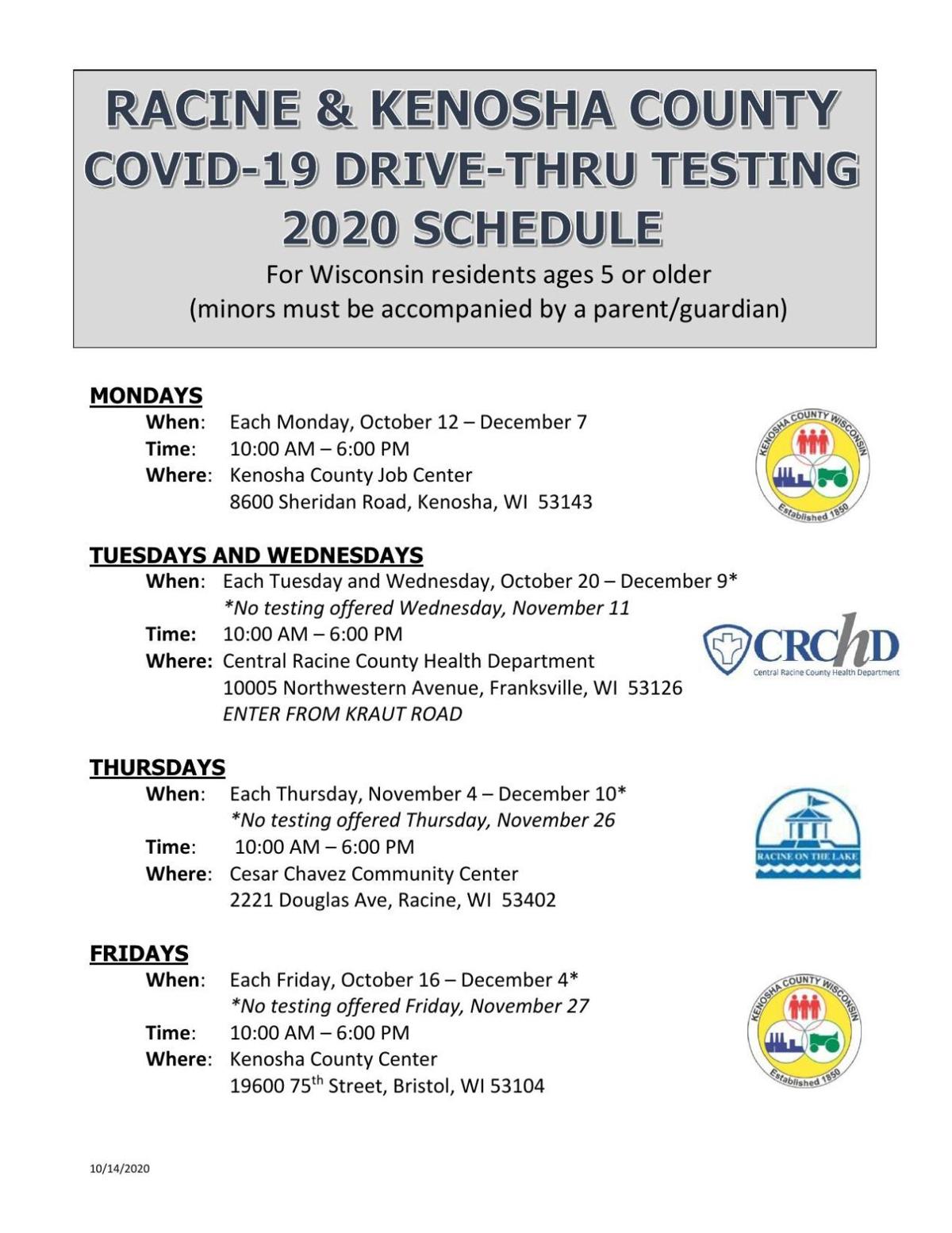 Vos says he is ‘open to a second relief bill’; challenger says it's too little, too late

“Obviously, what we’re doing now as a state isn’t working,” Assembly Speaker Robin Vos said in a statement issued late Tuesday. But he has provided little more info about what kind of statewide action he and his fellow Republicans are open to.