RACINE — Little girls growing up today will never know a time when women, with special reference to women of color, were excluded from rooms where powerful decisions are made.

Vice President Kamala Harris was sworn into office on Jan. 20, breaking the glass ceiling that has stood for decades between women and the most powerful office in the land.

Just one more to go.

Kelly Scroggins-Powell, Dr. Debbie Kennedy, Dr. Renee Kirby, Fabiola Ortiz, and Jomarie Coloriano — all members of Racine Women for Racial Justice — gathered virtually to share their reactions to the historical day and what it means for women of color to be represented in the room where it happens.

Dr. Kennedy is a dentist in Racine and remembers a time when women of color were barely represented in that profession.

“When I was in school, it was dominated by men,” she said. “When I walked into a room, I didn’t see a lot of people who looked like me.”

Kennedy reflected on the patchwork of cultures that make up the U.S.A., saying, “It has always been my hope and dream that America could represent that more fairly.”

She spoke of her own daughters and how important it was for them to see someone who looks like them rise to the office of vice presidency.

“I felt that seeing a female vice president, a woman of color, and what it means for every little girl out there,” Kennedy said. “(Vice President Harris) has planted seeds of courage that will be imbedded in them for life.”

Having Harris in the vice president’s office is not just good for women, or women of color, it is good for everyone, Kennedy said.

“We have to encompass everybody and I think we are so much stronger together than we are apart,” Kennedy said.

“You cannot strive, you cannot move forward, if you are fighting each other … over something so minute, so petty as the color of someone’s skin or because they were born in a different country and migrated here,” she said.

“The fact of the matter is, no matter how we got here, we’re all here now, and we need to work together,” Kennedy concluded. “And I think this is just a representation of how we can come together again and be truly a patchwork of different threads going through our quilt.”

Dr. Renee Kirby is the director of Health, Counseling and Disability Services at the University of Wisconsin-Parkside. She is also a historian and genealogist.

While watching the inauguration, she thought about the many changes for women of color that she has witnessed.

Kirby’s grandmother was born in 1910, before women even had the right to vote. The barriers that existed in the Jim Crow era — especially in the south — prevented people of color from being fully legally franchised until the Voting Rights Act of 1965.

This was not a long time ago; this was in her lifetime.

Kirby reflected on the presidential campaign of Shirley Chisholm in 1972.

A teenager at the time, Kirby remembers thinking how odd it looked for a woman to be running for such a powerful position because she had never seen a woman in those positions at that time.

“It never occurred to me as a young teenager that there was even a possibility of a woman becoming a vice president, let alone a woman of color,” she said.

“So this inauguration of Vice President Kamala Harris meant a lot to me in a lot of ways on a lot of levels,” Kirby said. “To be able to see her, to see someone like myself rise to that place.”

‘We saw examples of the melting pot’

Kelly Scroggins-Powell, co-founder of Racine Women for Racial Justice, celebrated the inauguration of Vice President Kamala Harris with a stra…

The women of the RWRJ expressed their appreciation to the intentional representation of many cultures at President Joe Biden’s inauguration, which included National Youth Poet Laureate Amanda Gorman, country singer Garth Brooks and entertainer Jennifer Lopez — artists from a mix of backgrounds, a sign of the representation that Biden has said will be a priority of his administration.

Scroggins-Powell, a co-founder of RWRJ, spoke to this intentional representation.

“When I was being educated as a little girl, the history books described the United States as a melting pot,” Scroggins-Powell said. “On Inauguration Day, and even in the inauguration ceremony, we saw examples of that melting pot.”

She explained it was obvious the committee “understood the need for us to put down our partisanship altogether, to unite our country, so we could remain strong.”

However, it was the inclusion of Gorman, just 22 years old, that most represented the distance crossed from the Boomers to Generation Z.

The Harvard graduate recited original poetry — with her hair in braids, in a bright yellow coat — that moved many countrywide to tears.

Scroggins explained that, in the past people of color, have had to assimilate in order to be accepted by “White America.”

“We had this thing called pseudo or cosmetic diversity,” she said. “We think diversity means as long as you look like us, talk like us, act like us, we’ll let you in.”

But that is not true diversity, Scroggins explained. True diversity is accepting and celebrating the person who comes as their authentic self.

“Gorman did not have to assimilate,” Scroggins said. “She did not have to look like ‘White America’ to be accepted, she could be her authentic self, and that is what diversity is really about.”

Get out the vote

Inauguration Day was the culmination of a long election that focused on getting out the vote — with special reference to people of color, whose turnout rate dipped in the 2016 election.

Scroggins said she knew the Biden/Harris ticket could win if they could get people to the polls.

Dr. Kirby was skeptical the Biden/Harris team could win, but was reassured by her husband who told her, “If we come out and vote, we can make this happen.”

Dawn Hilliard, who retired from the US Navy after 20 years of service, celebrated the inauguration of Vice President Kamala Harris with a stra…

Jomarie Coloriano, who is a student support specialist at Gateway Technical College, spoke to the importance of voting among the Latinx community.

Coloriano described her family as mixed status; that is, some who are legal permanent residents of the U.S. who are not able to vote and some who have been naturalized voting for the first time.

In terms of the policy that could impact not only the country but her family members, she described voting as a moral obligation.

“I really take to heart the words of Dr. William Barber — and he spoke of each generation having a moral assignment,” she said.

Fabiola Ortiz is a junior at George Williams College, in Williams Bay, majoring in social work, also worked to get out the vote among her friends.

This was Ortiz’s first time voting in a presidential election.

“I really believe that Kamala is a great representation of diversity,” Ortiz said.

Like many, Ortiz was determined to make her vote count, even going in person to the polls, despite an ongoing pandemic.

Of course, having a woman of color as vice president does not mean the problems associated with racism just disappear in America.

As Coloriano noted, it is important for the new administration to focus on racial healing, which President Biden has indicated was a goal.

“We tried to legislate out racism, but you can’t legislate racism out,” Coloriano said. “That comes from people’s hearts, people’s thoughts, feelings, and so it takes a lot of work that comes from courageous leadership.”

She concluded: “I’m hopeful for this administration to bring in courageous leadership to start that process.”

The Racine Women for Racial Justice, which operates a Facebook group of the same name, is a new organization with a mission "to identify, disrupt and dismantle racism and also to tackle the underlying issues that lead to marginalization, oppression and disenfranchisement of people of color in the City of Racine and surrounding areas of Racine County."

An executive director and an action plan: Racine Women for Racial Justice expanding less than a year after forming

Racine Women for Racial Justice was formed by women who wanted to do more than talk about racial justice. They wanted to work to attain it.

DeAnna Ford, minister of The Vine Ministry, celebrates the inauguration of Vice President Kamala Harris with a strand of pearls -- the symbol … 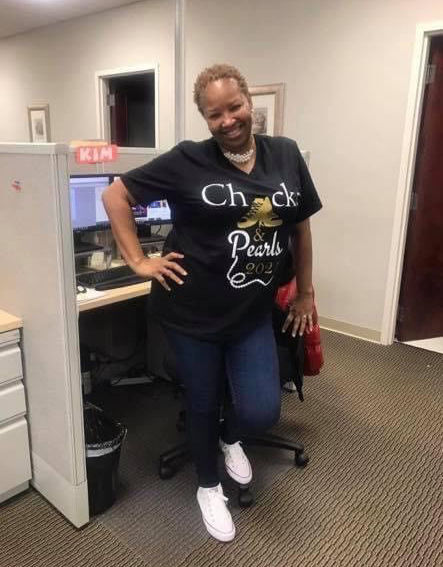 Inauguration Day was "Chucks and Pearls" day for women across the country celebrating both Vice President Kamala Harris and her iconic style — as demonstrated by Kimberly Hillard-Harris with a "Chucks and Pearls 2020" shirt. 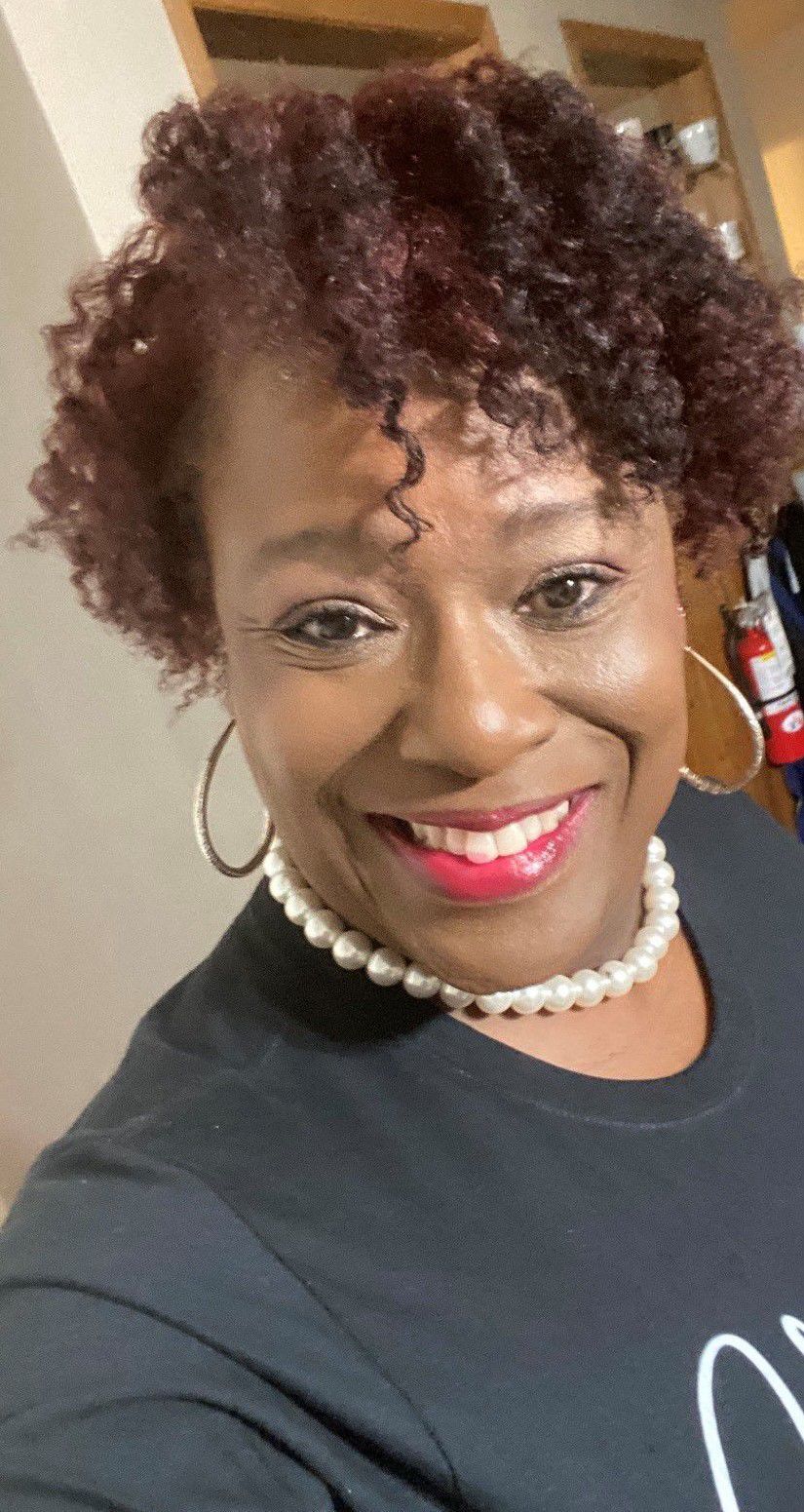 Kelly Scroggins-Powell, co-founder of Racine Women for Racial Justice, celebrated the inauguration of Vice President Kamala Harris with a strand of pearls. Women across the country donned their Chuck Taylor shoes, a favorite of Harris's, and their pearls, long associated with Harris's Alpha Kappa Alpha, to mark the occasion. 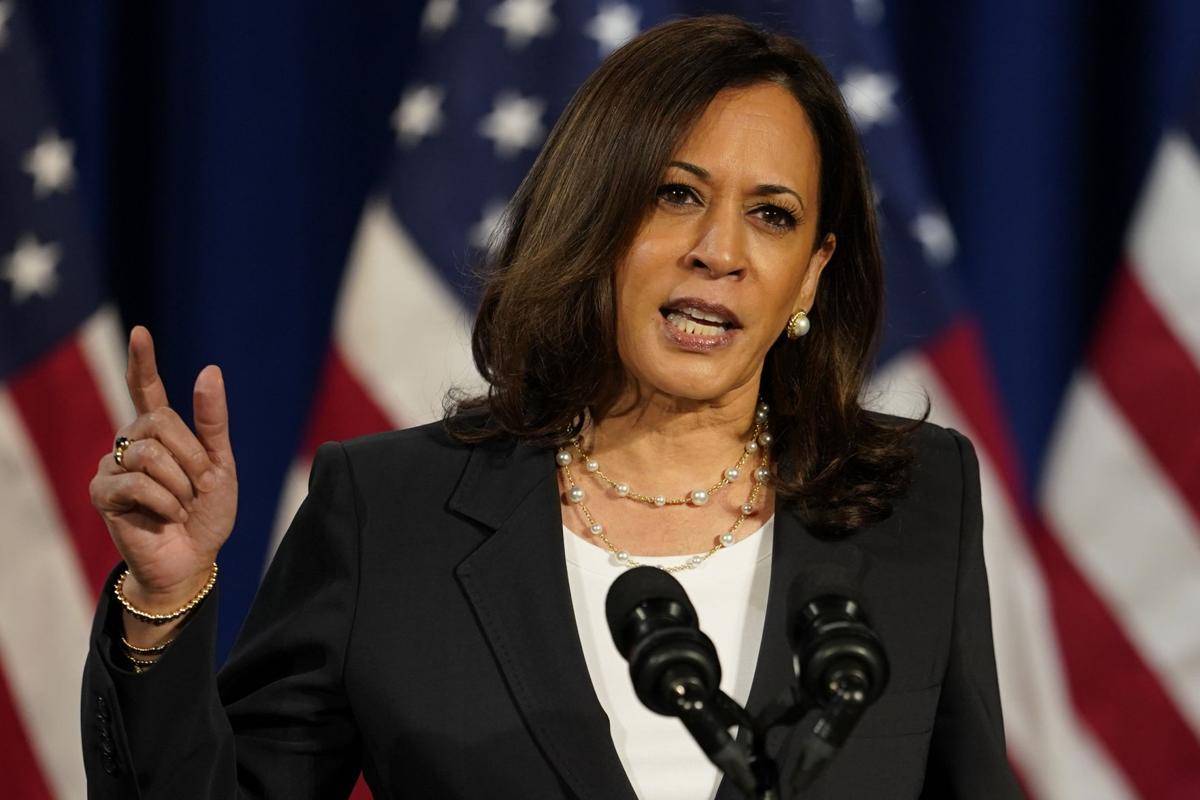