CALEDONIA — When the Caledonia Village Hall was built in 2017, the goal was to eventually place a public safety building on the site. Now, that goal may finally be soon achieved.

The Caledonia Village Board at its meeting Monday approved a conditional use permit and a building, site and operations plan for a new public safety building on the current Village Hall grounds, 5043 Chester Lane.

The building is to be approximately 56,600 square feet and is to house a fire and police station.

It will be in the central portion of the property directly east of Village Hall. The two buildings will share a parking lot. Construction is expected to begin in fall 2022 be complete by late 2023.

“There is synergy for village locations to have proximity to one another as Village Hall employees and public safety personnel interact on a daily basis,” Village Administrator Kathy Kasper said in an email. “We have planned this building to accommodate the current department’s needs with an eye towards planning for future growth in the village. The building’s amenities closely align with other newer public safety buildings in the area.”

The police and fire departments housed at the existing public safety facility at 6900 Nicholson Road as well as Fire Station No. 12 located at 6040 Douglas Ave. are to move to the new Chester Lane facility.

A need for new

The existing Nicholson Road building was finished in 1962, with a police facility addition built in 1981. Both portions have reached the end of their useful lives, village officials said. The village’s Public Safety Committee first started discussing the topic of a new facility in August 2020 after the lower level of the police facility flooded.

As a result of the flooding, basement foundation and water intrusion issues were discovered that would be extremely costly to repair, said Police Chief Christopher Botsch.

“Much of the lower level is still unusable to this date, and the officers have been without functional locker rooms since May of 2020,” Botsch said in an email.

Other expensive maintenance issues due to the age of the facility and unrelated to the flood still need to be addressed.

After the new public safety building is complete, the Fire Department will still occupy its portion of the existing Nicholson Road building, maintaining a station there, but the police addition is to be demolished at some point.

Fire Station No. 12’s property is to be sold.

Botsch said the new facility will provide a safe and professional environment for staff and will reduce risk and liability in many areas.

“Our staff is extremely excited about this project,” Botsch said. “This project will help to ensure we can provide the very best police services. A modern police facility that meets current industry standards and best practices will assist us in providing progressive law enforcement services to our community … A new facility will also project a positive and professional image for the Police Department and the Village of Caledonia.”

Fire Chief Jeffrey Henningfeld noted the existing Nicholson Road building was built before modern technology, paramedicine and co-ed personnel were commonplace to the Caledonia Fire Department. He said the new public safety building should serve the community well into the future.

The pandemic emphasized the department’s need to offer separation for personnel and this station will provide private sleeping quarters and individual gender-neutral bathrooms, Henningfeld said. The new building will offer adequate space for training, equipment and medical supply storage, and administrative functions along with additional living space to meet the needs of increased staffing.

It will also be built within one half-mile of a location identified as ideal for a new fire station in a 2020 study conducted by the International Association of Fire Fighters.

Department response times to the areas of highest demand should decrease because the new building offers an increase to the number of historical call locations that can be reached within four minutes.

“The Fire Department also strives to improve outreach to our citizens and the placement of this building in proximity to the park increases our community accessibility,” Henningfeld said in an email.

FGM Architects designed the building and Riley Construction is acting as project manager to oversee construction.

The existing Village Hall parking lot consists of 40 stalls; the development will expand the lot by 28 stalls.

Emergency vehicles will use the driveway access located along Four Mile Road.

The main entrance is to face west and consists primarily of glass windows with metal accents. The entrance will be the common area between the police and fire departments. It will be accessible to the public.

On the eastern elevation of the building will be the police garage. Police squads and Fire Department vehicles will use the same access point along Four Mile Road.

The east or rear portion of the building will be gated with chain-link fencing. This area will be utilized for staff parking, providing an outdoor seating area and a secure area for police operations.

Landscaping on the site incorporates a combination of deciduous and evergreen vegetation along with perennials and ornamental grasses.

Could CNH strike end anytime soon? It doesn't look like it

What would it take to end the strike? “If they give us more money and treat us better,” Lynn Sanchez said. Added Larry Windmon: “At least $25 (per hour).” But that's not the end of it.

NASA rolls out new rocket in preparation for launch

NASA rolls out new rocket in preparation for launch

Violence in Mexico: President under fire for security strategy

Violence in Mexico: President under fire for security strategy 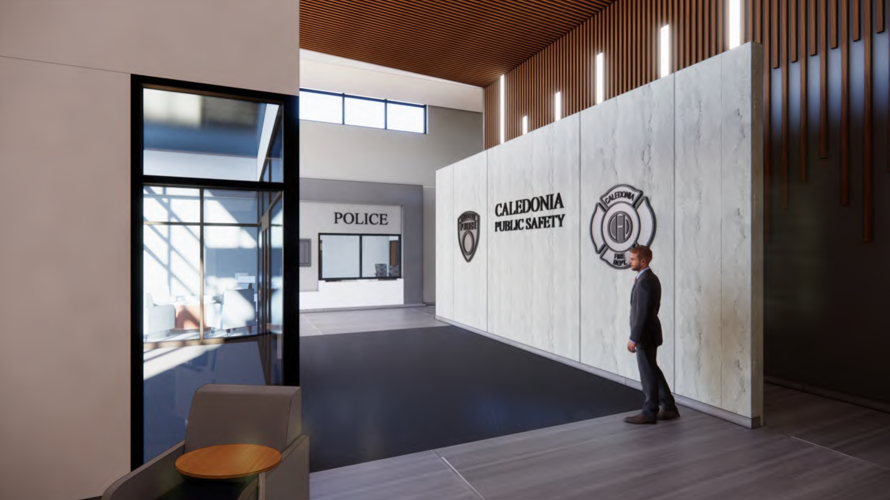 Pictured is an interior of the Village of Caledonia's new public safety building, which is to be located on the current Village Hall grounds, 5043 Chester Lane.

Pictured is the west overall view of the Village of Caledonia's new public safety building, which was approved to be located on the current Village Hall grounds, 5043 Chester Lane. The building is be approximately 56,600 square feet and is to house a fire and police station.

Pictured is an overhead view of the Village of Caledonia's new public safety building, which was approved to be located on the current Village Hall grounds, 5043 Chester Lane. The building is be approximately 56,600 square feet and is to house a fire and police station. 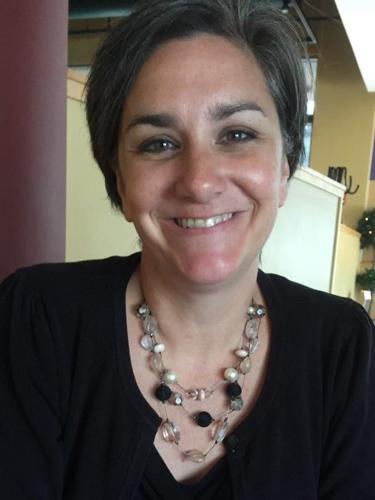 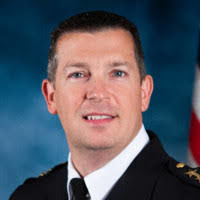 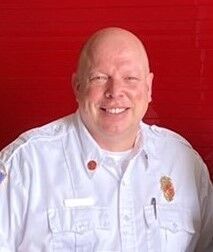