TOWN OF NORWAY — A snowplow knocked out of service Tuesday during a snowstorm was damaged when it became disengaged from a tow truck and rolled over, officials said.

The incident happened at about 5:45 a.m. Tuesday at a roundabout on Loomis Road.

Town Administrator Tom Kramer said nobody was hurt, but the snowplow was damaged in the rollover and traffic in the roundabout was snarled for nearly 2 hours.

The snowplow, one of four owned by the Town of Norway, was being used to clear roads during the snowstorm that began Monday afternoon and lasted into Tuesday morning when it developed mechanical difficulties and had to be towed.

Kramer said the snowplow that tipped over is 15 years old. New snowplows cost about $170,000.

Insurance adjustors were reportedly studying the incident to determine whether the snowplow could be repaired and who should pay for the damage.

The Wisconsin State Patrol’s Southeast Region responded to 120 crashes during snow events over the past two weeks.

In the eight-county region, which includes Racine and Kenosha counties, there were the following calls:

During the storm which occurred from 4 p.m. Monday through noon Tuesday, the Kenosha County Sheriff’s Department reported responding to:

In a Facebook post Tuesday, Racine County said that “plow drivers have worked throughout the night to clear county and state highways and I-94. Anyone who must travel should slow down and keep a safe distance from plows as roads remain slick, particularly in Eastern Racine County where we are seeing heavy lake effect snow.”

Plan to demolish the former home of Walden III, originally known as the Franklin School, approved

A school that has been witness to the education of generations of Racine students is set to be completely demolished before the end of summer, at an estimated cost of nearly $1 million. 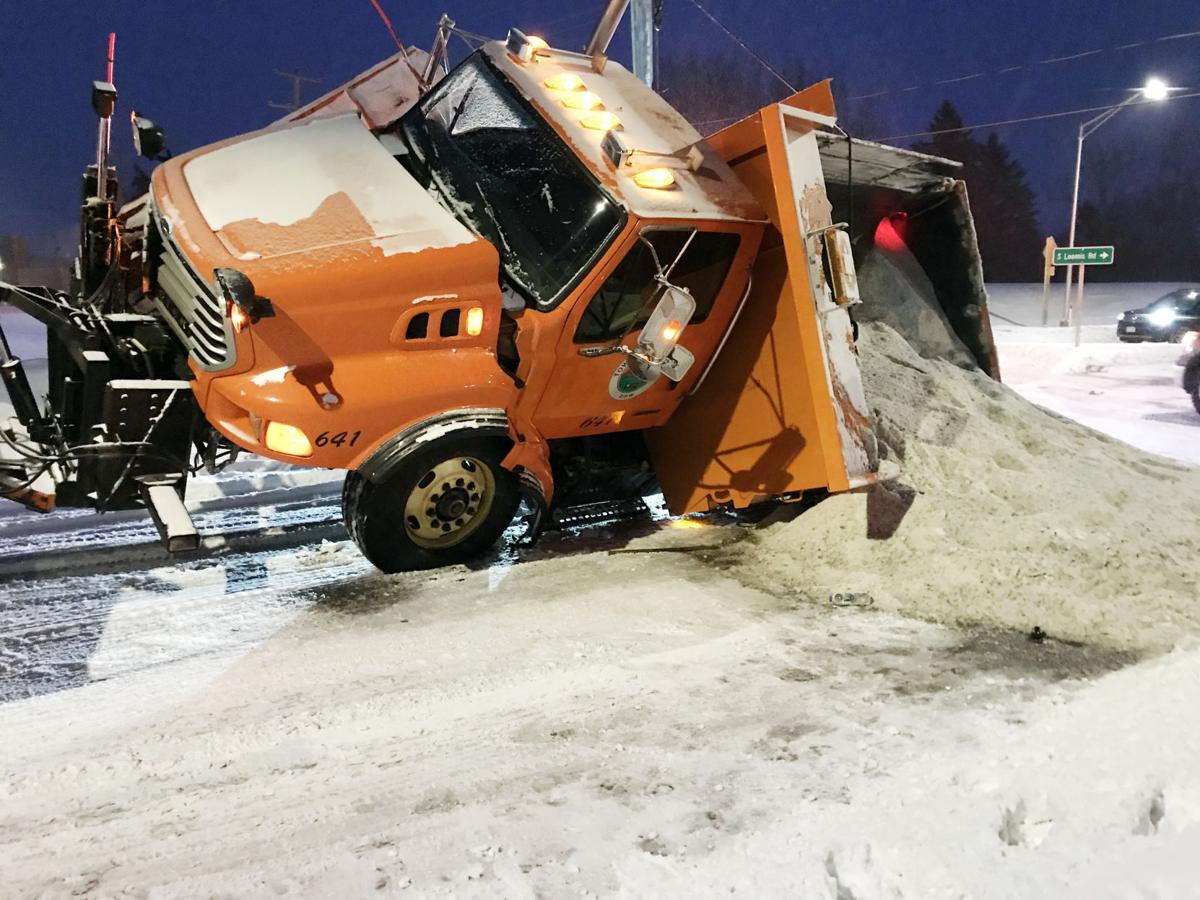 A Town of Norway snowplow is shown tipped over Tuesday after the disabled snowplow became dislodged from a pickup truck and rolled over.

A tow truck, shown on the right, that had lost control of a disabled snowplow, shown on the left, turns the snowplow back upright following a snowstorm in the Town of Norway.