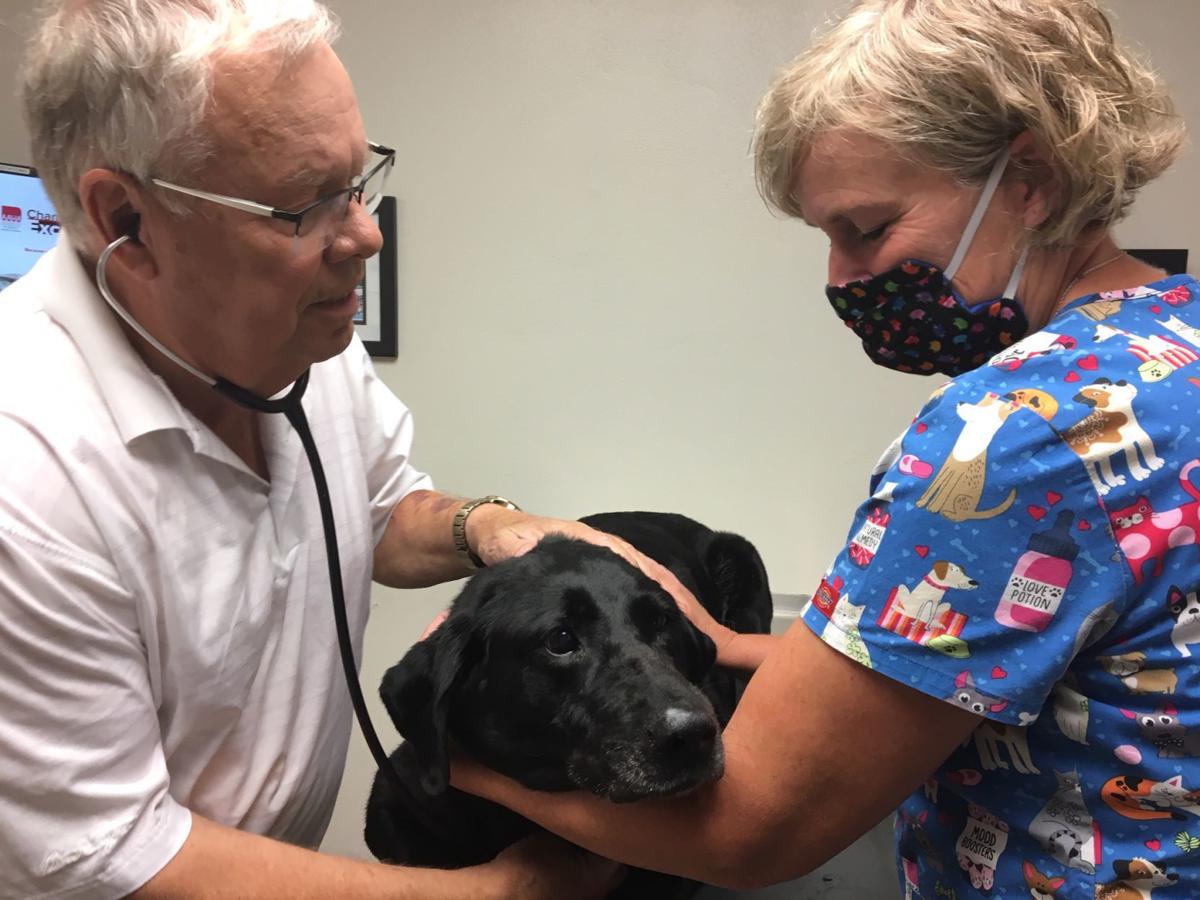 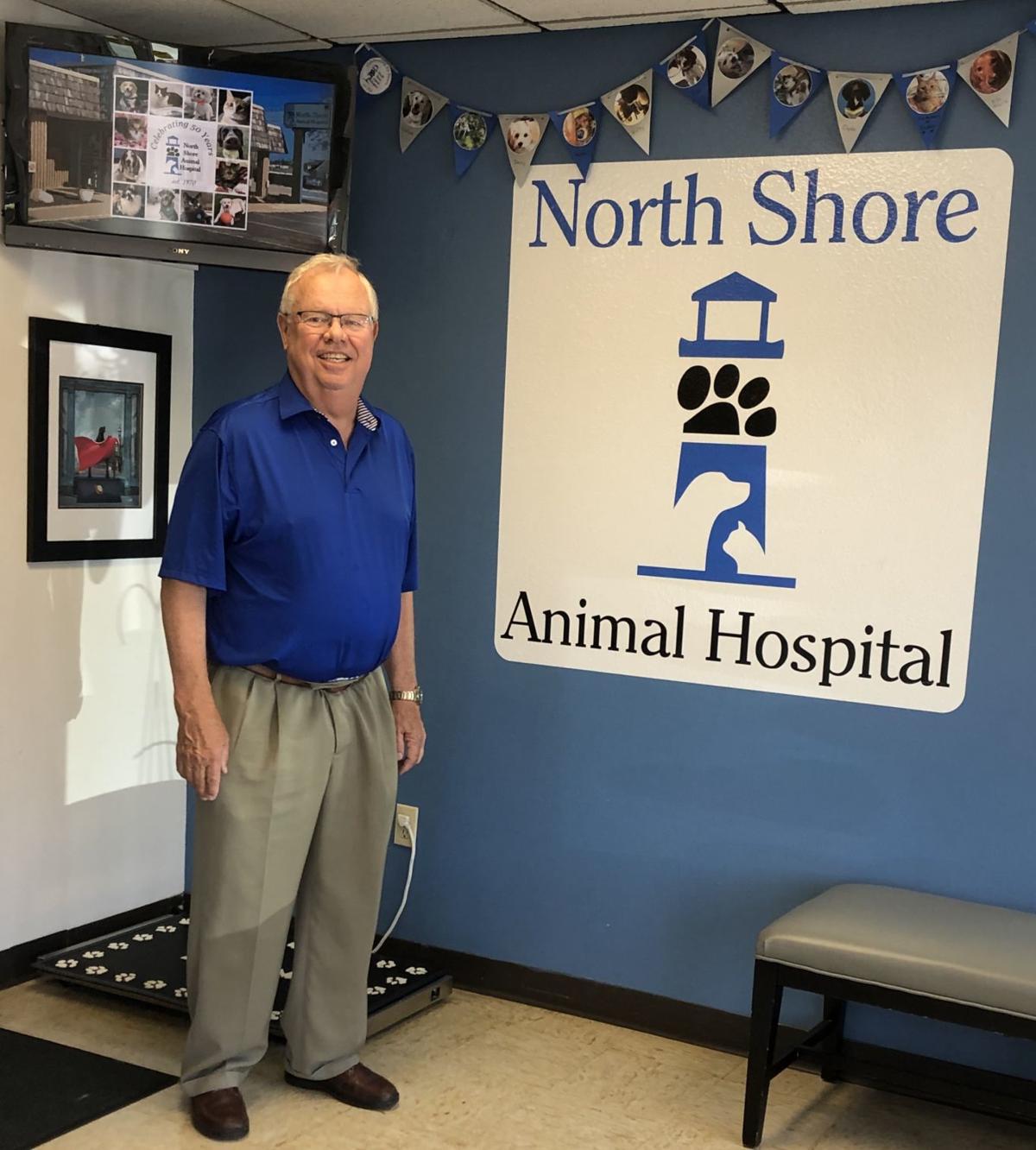 Caledonia veterinarian Dr. Thomas N. Torhorst is celebrating the 50th anniversary of North Shore Animal Hospital this month. In addition to operating his American Animal Hospital Association-accredited veterinary practice, 4630 Douglas Ave., Torhorst was long active in the community over his career, including extensive involvement with the Racine Zoo, where he served as veterinarian from 1972-1990, and zoo director from 1991-1997. 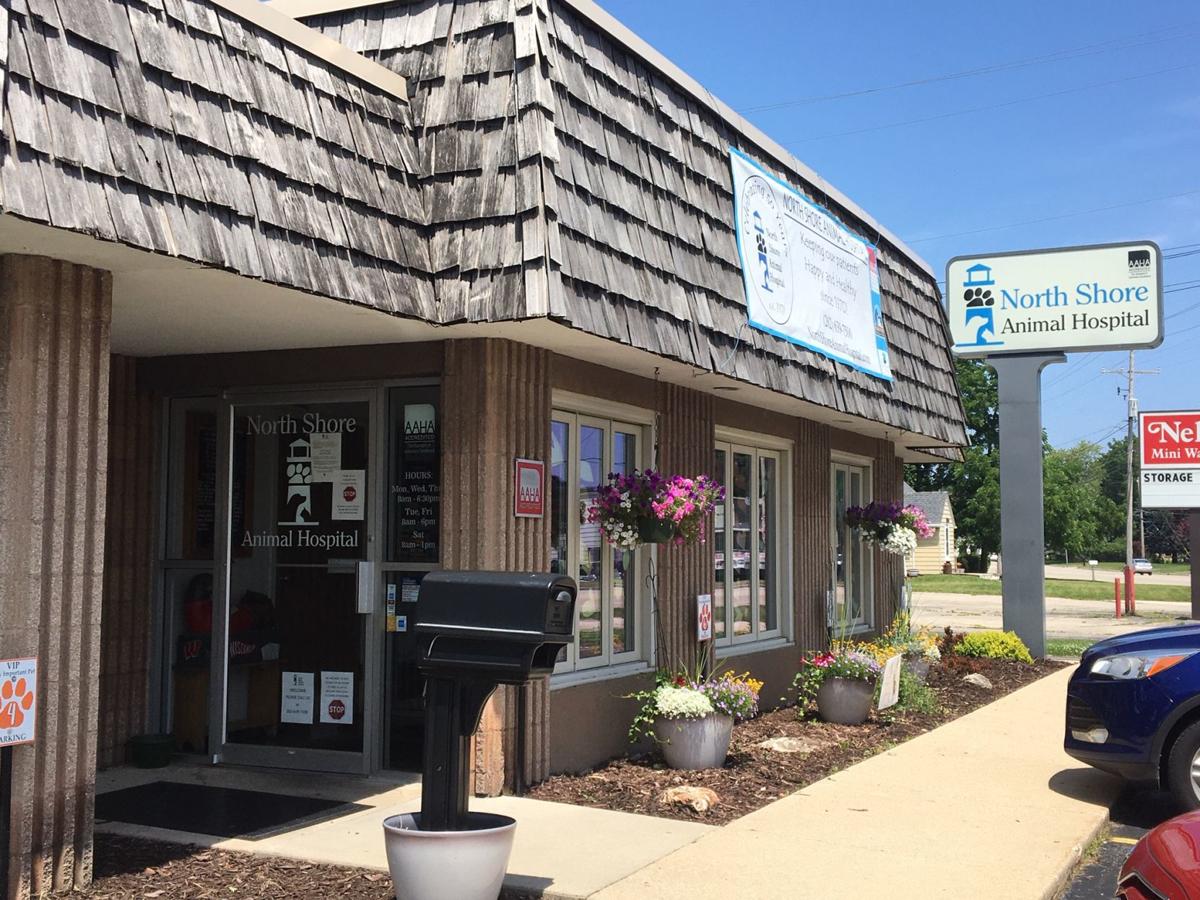 CALEDONIA — With only one in three small businesses making it to the 10-year mark, North Shore Animal Hospital, 4630 Douglas Ave. (State Hwy. 32) in Caledonia, is in very rare company: It’s marking its 50th anniversary this month.

Across all the changes inherent with the passage of 50 years of time, one thing has remained the same — the cohesive oversight of Burlington born-and-raised veterinarian Dr. Thomas N. Torhorst.

“I’ve always liked animals,” he noted. “I enjoy dealing with animals and their people … I’ve had a very enjoyable career.”

After earning a bachelor of science degree in economics and doing graduate work in agricultural economics at the University of Wisconsin-Madison, Torhorst earned his doctorate in veterinary medicine from Michigan State University in 1968, spending his last two years on MSU’s open heart surgery team.

Beginning his professional career in Niles, Ill., in suburban Chicago, Torhorst returned to Racine County in the midst of a local tragedy: On July 3, 1970 Caledonia veterinarian Dr. Lawrence Gearhart, 41, and his 14-year-old son, Lawrence Jr., died when their boat was swamped by high waves while salmon fishing on Lake Michigan. An 11-year-old son, Jeffrey, survived a harrowing 17-hour ordeal on the lake.

“He (Dr. Gearhart) died on Friday and I started on Monday,” recalled Torhorst, who would buy the private veterinary practice, then at 4615 Douglas Ave., from Gearhart’s widow Nancy, renaming the practice North Shore Animal Hospital.

“Dr. Torhorst has always loved the Racine Zoo and was the instrumental key in moving the Zoo forward to being an Association of Zoos & Aquariums-accredited zoo,” noted Beth Heidorn, executive director of the Racine Zoo, of Torhorst’s legacy. Heidorn said Torhorst was the driving force in renovating the Historic Main Building so that the primates and big cats could have outdoor exhibits that were more natural.

“He cared deeply for all of the Zoo animals and the Zoo staff,” she said.

Torhorst also served as veterinarian for UW-Parkside’s Institutional Animal Care and Use Committee from 1975-2010. One of the founding members of the Racine Animal Emergency Clinic, Torhorst served two terms on the Wisconsin Veterinary Medical Association’s Auditing Committee, in addition to his veterinary consultancy for SC Johnson.

A history of growth

Torhorst credits genuine care, of both pets and people, for the success and growth of the practice.

“I think people that like animals like people,” he said. “People in the veterinarian profession are very caring people.”

With Torhorst easing toward retirement after nearly 52 years in the veterinary field — he’s in the office part-time on Tuesdays to perform surgeries and dental procedures — ownership of North Shore has transitioned to co-owners Axnick, Whitney and Jensen.

Veterinary medicine has seen many advances in 50 years, including a plethora of preventive vaccines, a wide array of treatment drugs, laser surgical techniques, a widespread move to gas anesthesia, and a host of technological advancements ranging from digital X-ray imagery to computerized records and appointment scheduling. Torhorst said one facet of medicine, veterinary or otherwise, has remained constant.

“The pillar of medicine is diagnosis,” he noted. “That will always be the case … getting the proper diagnosis, that’s the trick: What’s wrong? What’s making the change? What’s the course of action? You’ve still gotta diagnose to determine the treatment.”

Rerouting Highway 32 so it doesn't include Main Street could help Downtown, but it'll be costly

Imagine a Main Street that isn't a highway, where there's more room for bikes and pedestrians, where coffee dates aren't interrupted by speeding and honking cars.

Caledonia veterinarian Dr. Thomas N. Torhorst is celebrating the 50th anniversary of North Shore Animal Hospital this month. In addition to operating his American Animal Hospital Association-accredited veterinary practice, 4630 Douglas Ave., Torhorst was long active in the community over his career, including extensive involvement with the Racine Zoo, where he served as veterinarian from 1972-1990, and zoo director from 1991-1997.