MOUNT PLEASANT — A podcast’s deep dive into the proposed Foxconn plant in Mount Pleasant has raised questions about the project and the ire of some of its supporters.

The podcast “Reply All,” produced by Gimlet Media, explores the intersection of technology and human behavior. Last week the show released an episode, “Negative Mount Pleasant,” examining how the Foxconn project came to Mount Pleasant and how its arrival has affected the village’s government and residents.

Reporter Sruthi Pinnamaneni and producer Jessica Yung used archival audio from Mount Pleasant village meetings and news clips and interviews with residents, officials, journalists and academics to ask the question: Did the village rush into this deal?

Pinnamaneni said she her interest in Foxconn stemmed from a larger interest in manufacturing and this idea that the U.S. should revitalize its manufacturing industry. When the Foxconn project was announced in Mount Pleasant, she saw it as an opportunity to see how that process could work in real time.

Pinnamaneni and Yung spent months watching Mount Pleasant Village Board meetings, getting to know the cast of characters including, trustees, city staff and residents who frequently attend village meetings, such as Kelly Gallaher, who’s called a “civics watchdog”or “busybody” on the podcast.

Pinnamaneni said it was a glimpse at “democracy in action.”

“I’m not American, so I didn’t grow up with any local politics at a city or not-city level,” she said. “It’s like this other world opened to me.”

The podcast features audio clips from Village Board meetings, particularly between Gallaher and Village President David DeGroot, such as when Gallaher accused DeGroot of running the Let’s Make a Better Mount Pleasant website and DeGroot accused Gallaher of egging his property.

“When you listen to the Village Board meetings, you get the sense that people really care about the place (they’re) from,” said Pinnamaneni. “And no matter what side you’re on — everybody cares about the place where they live.”

The audio from those meetings also shows how, once the stakes are raised with the Foxconn development, those tensions escalated. And Pinnamaneni and Yung wondered if the village had got in over its head.

“When you see something as big as Foxconn getting tossed into that arena, it made me think about how big is too big at the local level?” said Pinnamaneni. “Can the democracy handle something at this level?”

Before Foxconn was announced in Wisconsin, Pinnamaneni researched and followed the company’s proposed projects in Brazil and India. One immediate difference she noticed with the Wisconsin project is that it has moved along much more quickly, which had her and Yung concerned that maybe it was moving along too quickly.

“The thing that surprises me about everything is that, everything takes forever in a democracy,” said Yung. “And it happened so quick.”

And as they spoke with experts on manufacturing and economic development, questions started to arise. For example, analyst Albert Moel said Foxconn’s big promises are a pattern.

“I guess they learned that when you show up with an (request for proposal) that says $10 billion dollars, people will bend over backwards to serve you and then you can backtrack your way into something that economically make sense to you,” Moel said in the podcast.

They spoke with experts who were also concerned that it’s not clear what exactly the plant will manufacture. Economist David Swenson characterized the deal as, “a fool’s bet.”

Pinnamaneni pointed out that, before the final deal was approved, Mount Pleasant was the last man standing for the project. And she wondered if, in the rush to secure the project, village officials didn’t leave some things on the table.

“I wanted to look at the deal and say, ‘This could be a good thing,’” said Pinnamaneni. “It did leave me with this question ... is there a better deal Mount Pleasant could have made if they didn’t feel rushed?”

Gallaher, who spent hours talking with Pinnamaneni and Yung for the podcast, felt it did a good job representing the village.

“I found the podcast to be funny, smart and ultimately heartbreaking,” said Gallaher. “I think it was very accurate and told the story quite well from a resident’s point of view.”

DeGroot contested some of the podcast’s claims, particularly that the village took Foxconn’s commitment to the area “on faith” and that the project is far from being realized.

“The podcast could not have gotten more wrong about this project or about our community,” said DeGroot in a press statement. “We have seen tremendous progress in Racine County as a result of Foxconn’s investment, including new jobs and business for local companies and increased opportunities for area residents. We look forward to continuing to maximize the benefits of this transformational project for our entire community.”

Pinnamaneni and Yung stand by their reporting, particularly about the village taking Foxconn’s claims “on faith.”

“In interviews with both Claude Lois (Mount Pleasant’s project manager) and Dave DeGroot and Todd Taves (a financial consultant working with the village), there were specific instances where I would ask a question related to the basic details of the project (for instance, what will be made in this factory, or how many workers will be coming from Foxconn HQ), and the responses were basically, ‘We don’t know but it’s a smart company and they will figure it out,’” Pinnamanani said via email.

The producers have made one change since the initial release of the podcast, to clarify that no one they had spoken to had seen the agreement between Mount Pleasant and Foxconn before it was signed in December. A draft was released in October.

Pinnamaneni said out that the central question of the podcast — whether or not the village got a good deal — is still to be determined.

“I am not a skeptic when it comes to bringing manufacturing jobs and as I mentioned in the story, everyone I spoke to said the area needs development,” Pinnamaneni. “The question is whether the state and the village did the due diligence one would generally expect with a project as large as this, especially when the incentive package (which state officials said could amount to nearly $3 billion) is as substantial as this one.”

“The question is whether the local and state government did right by its citizens when it came to this very large, very long-term project,” she said.

“When you see something as big as Foxconn getting tossed into that arena, it made me think about how big is too big at the local level? Can the democracy handle something at this level?” Sruthi Pinnamaneni, podcast producer

"When you see something as big as Foxconn getting tossed into that arena, it made me think about how big is too big at the local level? Can the democracy handle something at this level?"

"The podcast could not have gotten more wrong about this project or about our community. We have seen tremendous progress in Racine County as a result of Foxconn's investment, including new jobs and business for local companies and increased opportunities for area residents."

To Hear the Podcast:

The annual March of the Penguins returns to San Francisco Zoo 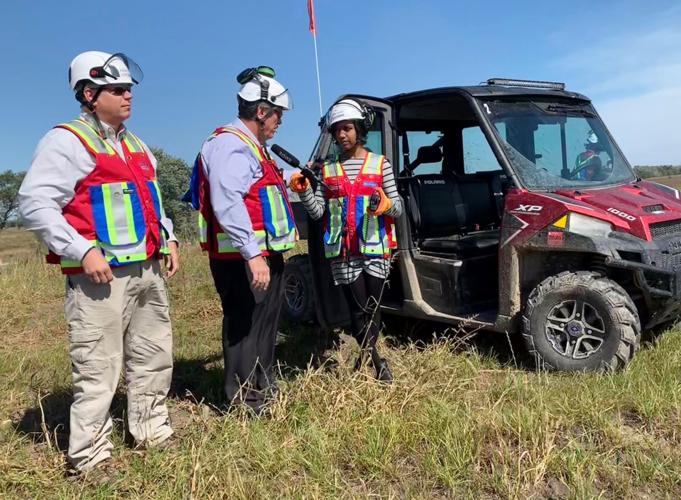 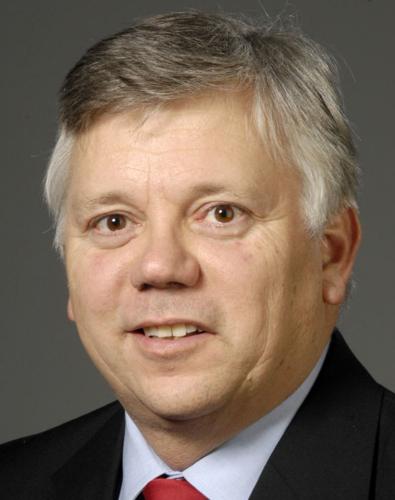 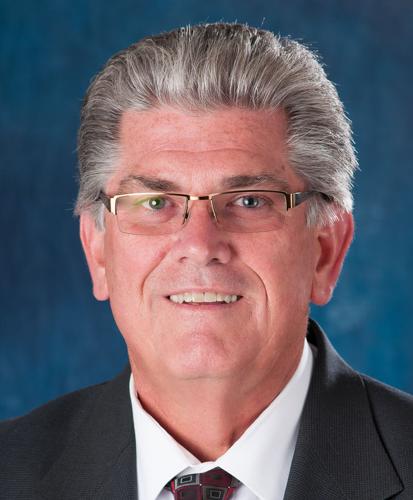