MOUNT PLEASANT — Last year, when lockdowns were instated nationwide, Noah Ahnen was long overdue for a haircut. As businesses and especially barbershops were unsure when they would open back up, Ahnen decided to grow out his hair.

That journey led him to continue letting his hair grow well into 2021. But now, his hair is short again.

On Monday, siblings Savannah Ahnen, 18, and Noah, 17, had their grown-out hair cut off at Images Beauty Studio, 5429 Spring St., to donate to children who have experienced hair loss.

“I was due for a haircut originally,” Noah said. “But when I couldn’t, I decided: Why not grow it out?”

Letting one’s hair grow out during the pandemic was actually a trend nationwide.

Savannah began the process of letting her hair grow out two to three years ago in high school. This is her third time donating.

“The first time I donated was around sixth grade,” she said, “The second time was the year (I was) going into high school.”

The haircuts were administered by hairstylist Jodi Nielsen. The siblings have been going to her since they were babies, even receiving their first haircut certificates from her.

Nielsen cut off 10 inches of hair from Noah and two ponytails of 11-inches each from Savannah.

Wigs will then be made from the ponytails through Nielsen’s business, Shears to You, and then donated to an organization of the siblings’ choosing.

“They collect different ponytails, it’s about 10 to 20 ponytails to make a wig,” said Savannah. “Wigs are then crafted into different styles and then most of the time it’s donated to children with cancer due to hair loss, chemotherapy, and other circumstances.”

Savannah mentioned there were an array of organizations they considered donating through, before settling on Locks of Love, having donated to them around her first donation.

Although Savannah and Noah were relieved to have their hair short once again, they are already talking about donating their hair again.

“From COVID and being able to grow out my hair, I liked it and now I want to grow out the whole thing. Donating it would be a great way to help out society, especially with the small population of gingers,” Noah jokes.

“When I was younger, it was something to do for kids my age who are having a harder time than I am,” added Savannah. “As I got older, it was something I’ve grown to enjoy doing because it’s my way to give back to somebody where it will make their day to get something like this.”

IN PHOTOS: Kenosha County residents pick up the clippers

Many around the area and state have taken to making homemade face masks to wear during the COVID-19 pandemic.

Bill Clinton: 'I'm on the road to recovery'

Bill Clinton: 'I'm on the road to recovery'

Noah and Savannah holding up their hair

Noah and Savannah hold up ponytails of their chopped hair at Images Beauty Salon, located on 5429 Spring St. Savannah and Noah cut their hair … 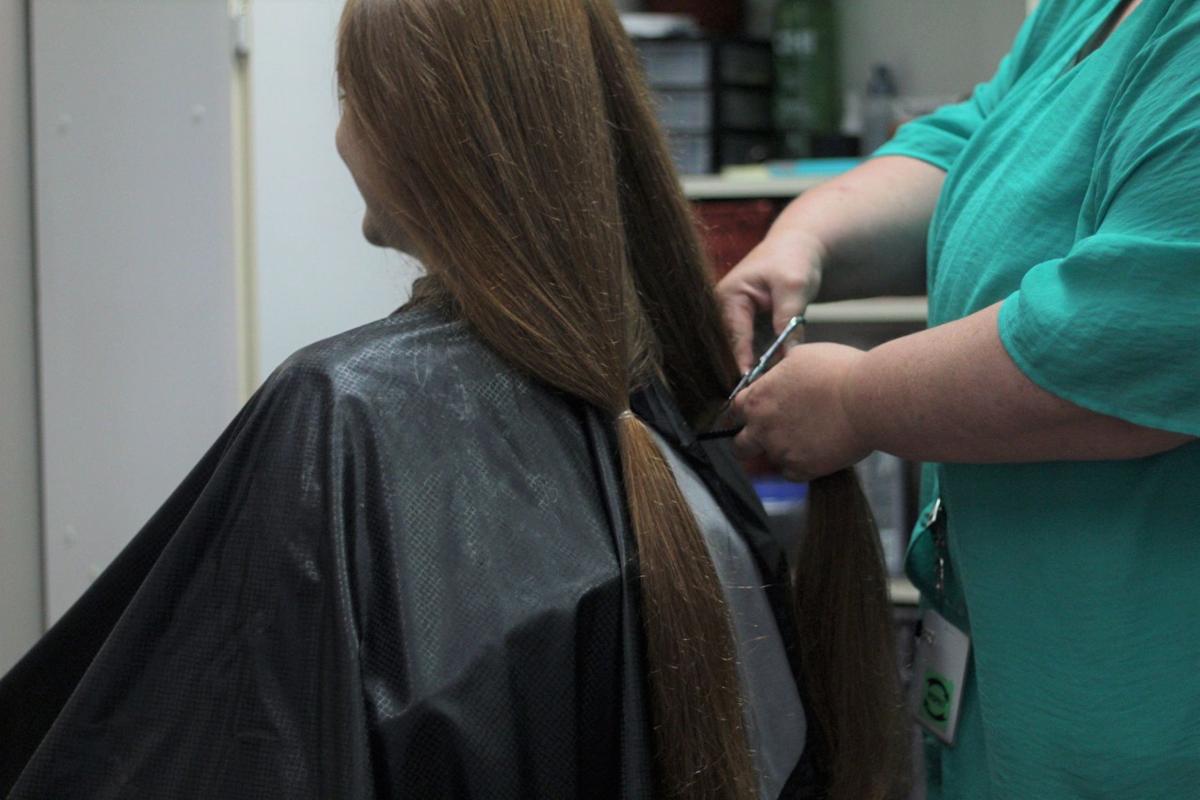 Savannah sits in the salon chair as hairstylist Jodi Nielsen chops off a ponytail worth 11 inches of Savannah's hair at Images Beauty Salon, located on 5429 Spring St. Savannah and her brother Noah are cutting off their hair to donate to Locks of Love, an organization that helps give wigs to children who've experienced hair loss. 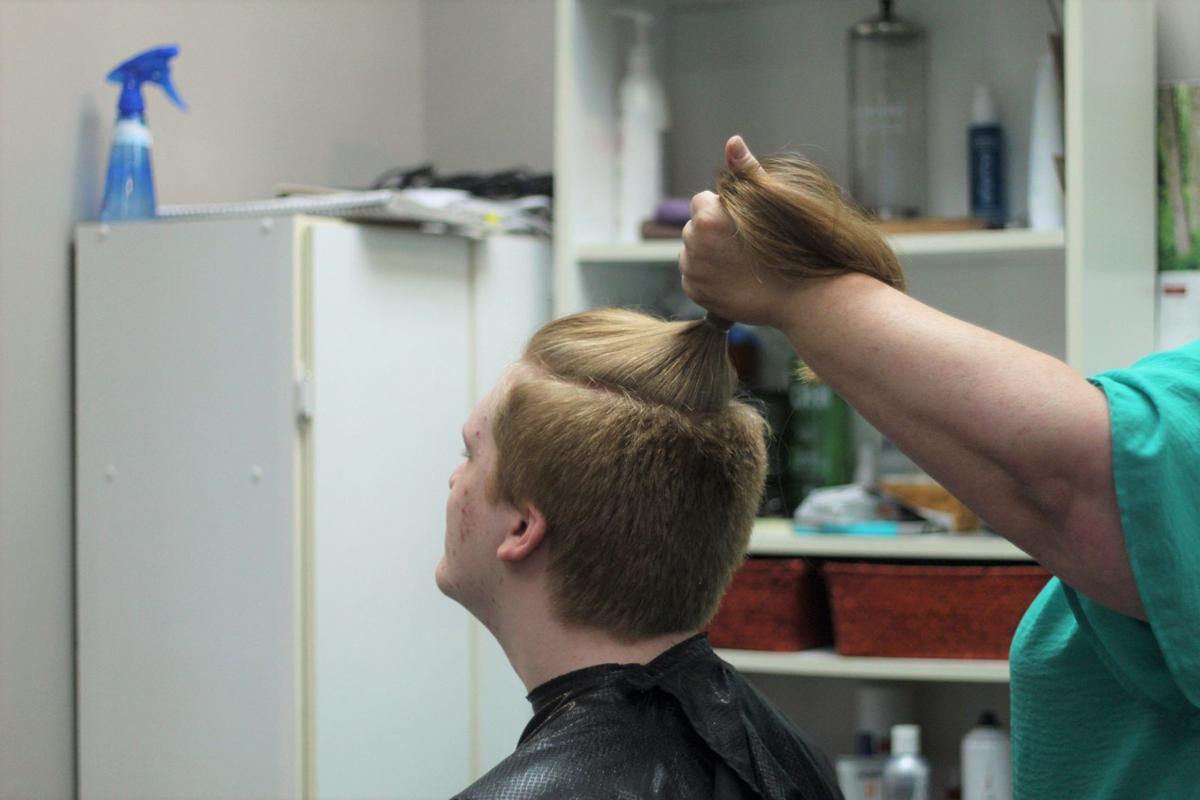 Noah sits in the salon chair as hairstylist Jodi Nielsen chops off a ponytail worth 10 inches of Noah's hair at Images Beauty Salon, located on 5429 Spring St. Noah and his sister Savannah are cutting off their hair to donate to Locks of Love, an organization that helps give wigs to children who've experienced hair loss.