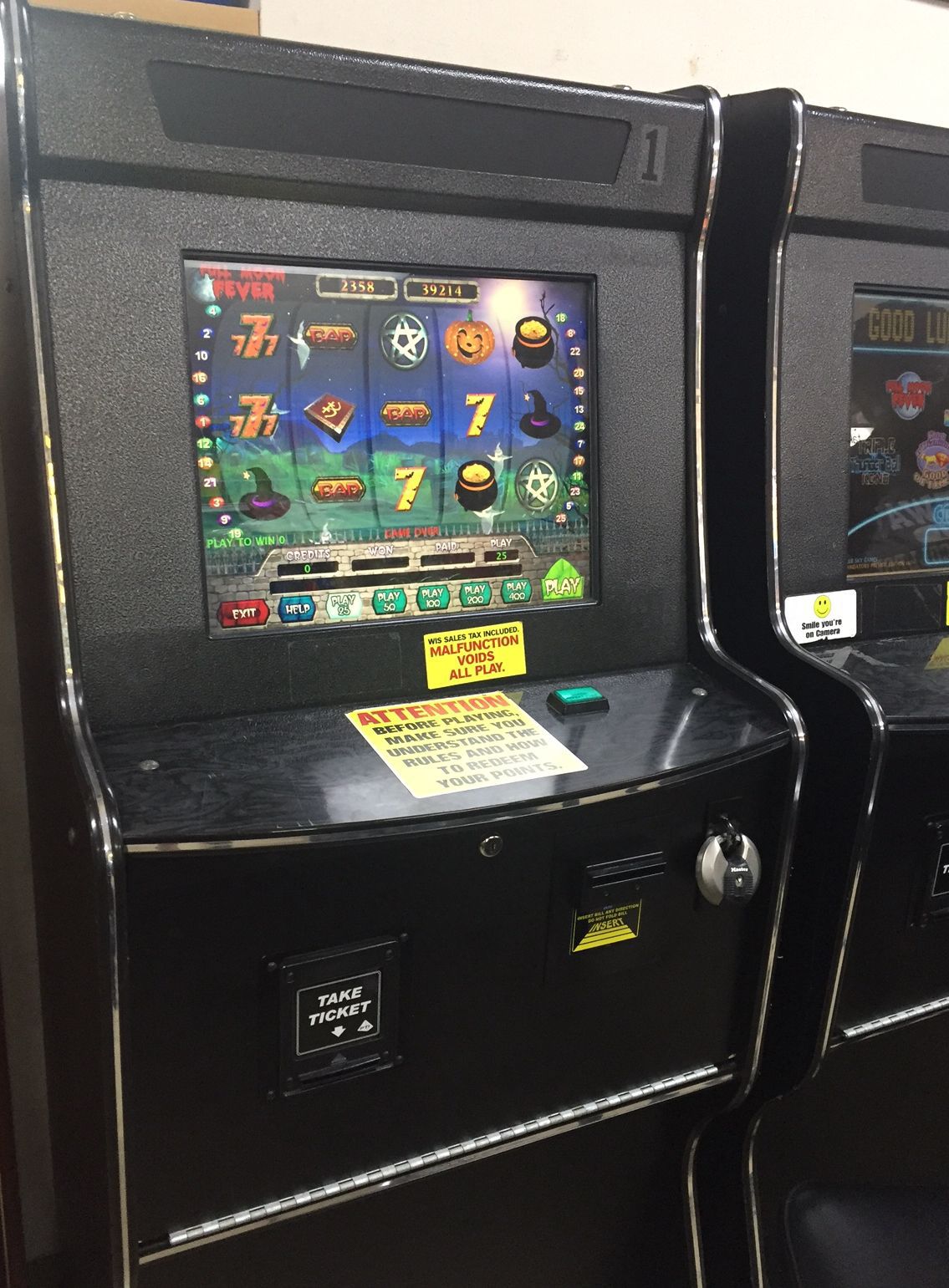 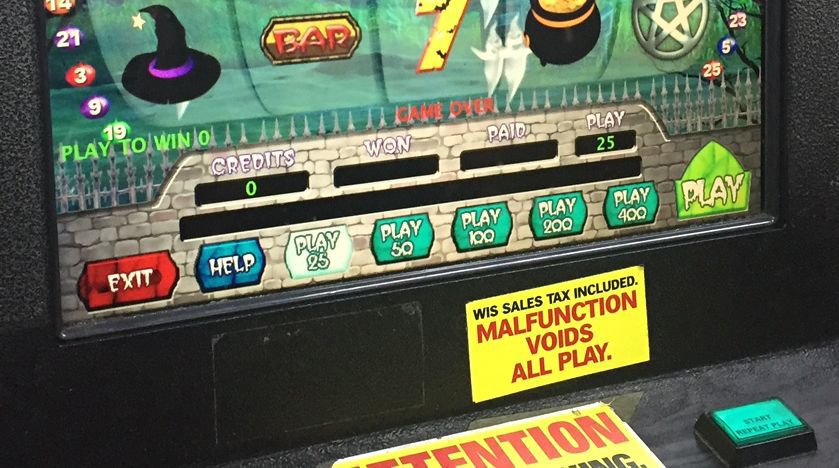 Green lettering stating “play to win 0,” appears in the left-hand corner of a Blue Sky Game in a Racine convenience store on Thursday.

RACINE COUNTY — A local distributor of a cash-yielding game found in a number of convenience stores in Racine County is suing the state Department of Revenue, arguing it unfairly penalized the distributor and its customers.

The agents said the games constituted illegal gambling devices under state law and tagged them as contraband.

The plaintiffs argue that the DOR’s actions were invalid, stating the games aren’t actually gambling devices.

The “Blue Sky Games,” as they are called, don’t constitute gambling devices, attorneys for the plaintiffs argue, because the games allow players to “preview” what the result of each game will be before inserting money to actually play the game.

“The player ultimately decides whether to insert money, receive a refund if money was previously inserted, or play the game,” the complaint states. “A player knows if he or she is a winner of each game, eliminating any chance or hope of gain.”

State law, on the other hand, the plaintiffs argue, defines a gambling machine “as a contrivance for which a consideration for the player (is) an opportunity to obtain something of value, the award of which is determined by chance,” even if some skill is involved.

The plaintiffs further argue that the games have been lab tested by a gaming machines expert and have been shown not to be a gambling device.

The state Department of Justice claims just the opposite, however, pointing to court cases in Florida and North Carolina, where judges ruled that similar “pre-reveal” or preview games are indeed gambling devices.

Last week, Racine County Circuit Judge David Paulson honored the plaintiffs’ request for temporary injunction, allowing any of the Blue Sky Games tagged as illegal to be returned to the stores and be placed back into operation while the case proceeds.

On Thursday, people could be seen playing the games in at least two of the establishments that had earlier had them removed.

Paulson also denied the state’s motion to dismiss the case outright, and rejected its argument that the circuit court doesn’t have personal jurisdiction over the state agencies because they have “sovereign immunity” barring them from being sued unless the state Legislature authorizes it first.

“Sovereign immunity does not apply to this action,” the plaintiffs argued in their reply brief. “The DOR has taken enforcement action, via search warrants, orders and threatened felony prosecution. This action seeks to declare that DOR action and determination invalid based upon the plain language of the statute the DOR misapplied.”

The lawsuit — as least from the filings — settles around one key dispute: Whether the Blue Sky Games in question are indeed gambling devices.

Hovering in the background, however, is the state’s contradictory enforcement of a variety of gambling machines located in convenience stores, bars and restaurants throughout the state.

Video gambling machines are illegal in Wisconsin and so are pull-tab cards, but the state laws governing the machines are complicated.

The machines are illegal to have in any business, and Class A license holders, which are retail outlets that sell packaged alcohol, can face a felony charge for having any machines, as can bars, taverns and any other Class B license holder, that have more than five machines.

Class B license holders that have five or fewer machines, however, only face a $500 penalty, and can only be cited for the offense by a DOR special agent.

The DOR also conducts tax audits of both machine operators and the Class B establishments that have the machines and the income generated by the machines are subject to state taxes.

“This case is about a machine that does not fall under the definition of a gambling machine for the state of Wisconsin,” said the plaintiffs’ attorney, Todd Terry of Guttormsen & Terry LLC on Friday. “That said, it is hard to accept that the state of Wisconsin has chosen to enforce a statute against my clients for operating a legal entertainment machine, where they have not enforced the same statute against other licensed premises that are operating games that there is no dispute are illegal.”

Terry said he expects the case to go to trial sometime in the next six months.

The state Department of Justice declined a request for comment.

“... It is hard to accept that the state of Wisconsin has chosen to enforce a statute against my clients for operating a legal entertainment machine, where they have not enforced the same statute against other licensed premises that are operating games that there is no dispute are illegal.”

Green lettering stating “play to win 0,” appears in the left-hand corner of a Blue Sky Game in a Racine convenience store on Thursday.