Crowdfunding sites like GoFundMe and YouCaring can be great. They make it simple and easy for people to help others. But they’ve got their flaws.

For one, they’re for-profit, which means that “donations” aren’t tax-deductible. Also, since anyone can make a campaign, it’s tougher to identify frauds.

This past spring, two New Jerseyans and a Philadelphian who was homeless, pleaded guilty after duping 14,347 GoFundMe donors out of more than $400,000; a fourth man pleaded not guilty in May. The campaign claimed to have been to help the kindly homeless man, but much of it was used to fund trips to Las Vegas, Disney World, Los Angeles and Broadway shows, and on a BMW and an RV.

Hartlaub, a 58-year-old marketing professional who lives in Salem in Kenosha County, wants to change that. That’s why he founded Blessity.org two years ago.

It’s a crowdfunding site much like GoFundMe and YouCaring, but with some difference-making tweaks.

For one, individuals can’t make campaigns directly. They have to go through churches, who apply to make an account on Blessity.org before being approved. Churches in Wisconsin, Illinois, Texas, California, Pennsylvania, Ohio and Alaska are already involved, Hartlaub said.

Then, if a member of the congregation or someone from the community goes to the church asking for help — such as for housing costs or medical bills — churches who are part of Blessity can use the website as a tool to help.

Hartlaub says this will help protect against fraud, as will requiring evidence of the need (like a photo of a medical bill) before campaigns are approved.

Secondly, Blessity is a nonprofit, so donations are tax-deductible.

Thirdly, Hartlaub says that none of the donations to Blessity’s campaigns ever go into the bank accounts of the church or the person getting the help, another defense against fraud.

“The money doesn’t go to the person. The money goes to the need,” he explained.

If donations are going toward medical bills, for example, Blessity will deliver the money to the hospital or insurance company.

GoFundMe’s website says that, after reviewing every campaign that gets published to the site, “fraudulent campaigns make up less than one-tenth of 1% of all campaigns on GoFundMe.”

But, since 10,000 people start a GoFundMe daily, that means that up to 10 frauds could be published each day, according to GoFundMe’s own statistics.

Grace Lutheran Church, 3700 Washington Ave., joined Blessity earlier this year after a member-family asked for help with medical bills; the family asked not to be named in this story.

“It was a chance to put (the family’s) need out there to a wider range of people,” Rev. Brian Crane said of Blessity.

“I can’t speak to a lot of other churches, but we don’t have a lot that we can give to a particular member or family,” Crane continued, just because Grace Lutheran doesn’t always have enough cash on hand. “Sometimes the needs are greater than what we as a church … can provide.”

Hartlaub told the story of an Air Force veteran living in North Carolina whose son was diagnosed with cancer. Their car had more than 200,000 miles on it with no air conditioning, which created issues for the boy because of his health issues during the 45-minute drives to the hospital.

They made a campaign and raised more than $7,000. But, before the money was delivered, a “generous donor” had already bought the family an “almost new” $30,000 car. When Hartlaub went to return the money to donors since the car was already paid for, “Everybody said go ahead and give it to the family,” he said, so the donations were redirected to help paying for medical and housing bills.

To fund Blessity itself, churches themselves customarily make donations equaling 5-10% of the money raised.

Hartlaub explained it like this: If $4,000 is raised to help someone, the church they belong to would typically donate $200-$400 to Blessity.

Crane thinks that the power of Blessity, and organizations like it, goes further than financials.

“Money is important, but to know there are people who are helping,” Crane said, “that goes a long way too, to know you’re not along.”

RACINE COUNTY — Some events have changed from in years past and others have been canceled, but communities across Racine County are still cele…

Victoria's Secret no longer at Regency Mall, Applebee's is reopening

Victoria's Secret has closed its Regency Mall location. Applebee's outside the mall is still closed and its status is unknown.

RACINE — During the past few weeks, police departments across the nation have experienced an increase in calls for service involving the use o…

A guide to Independence Day events in Racine County

RACINE COUNTY — Despite the pandemic, Racine County is still celebrating Independence Day. Following is a guide to what’s happening across the…

RACINE — A Racine woman allegedly hit and spat on a child, then reportedly stabbed the child’s mother with a knife during an incident on Sunday. 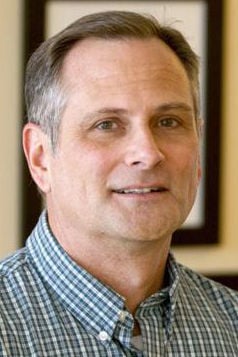 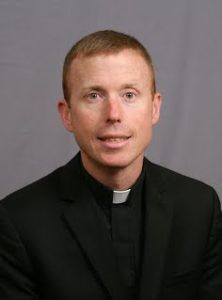